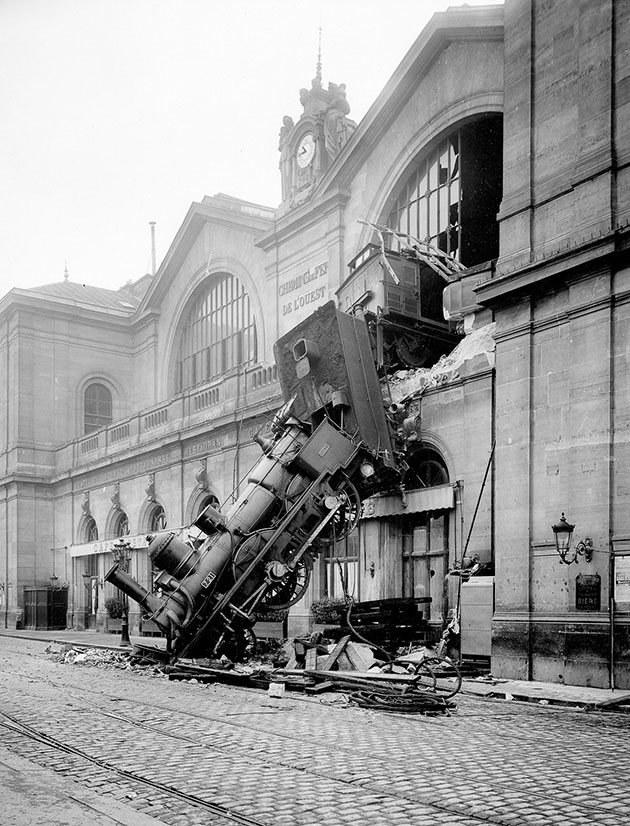 The No.56 train from Granville hurtled into the station at a speed of 40 to 60 kilometres an hour.

Most of us have experienced public transport running late. It can get pretty annoying too, especially if you are forced to wait for long periods not knowing when your train or bus will arrive. It’s a problem that has been around as long as transport has. 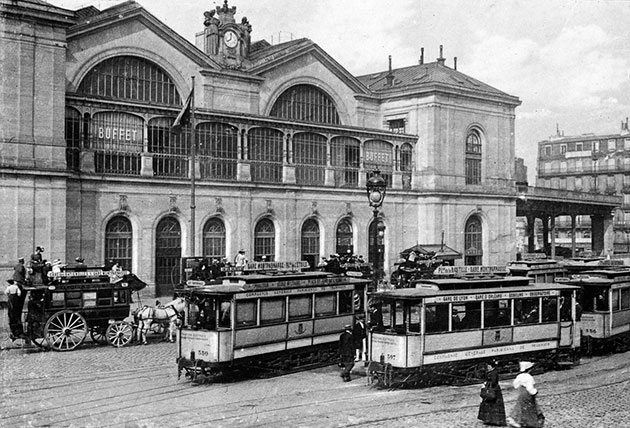 One perfect example of this goes all the way back to 1895, in Paris, France. The driver of a steam train arriving from Granville was running late to make on time to the Montparnasse terminal, so rather than accept the fact he was going to be late, he upped the speed to try and make up for a lost time. 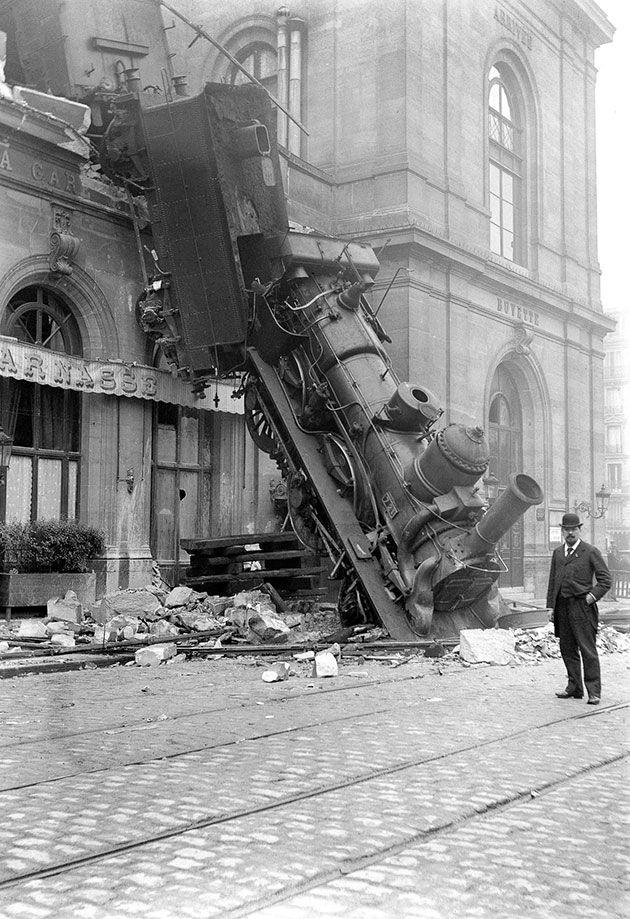 Reaching speeds of around 25 to 37mph, the train entered the station, and then it happened. The train couldn’t stop. It’s thought that the air brakes didn’t function or just weren’t hit in time, or that the conductor didn’t find the time to hit the hand brake, regardless of which the train was going too fast to stop. 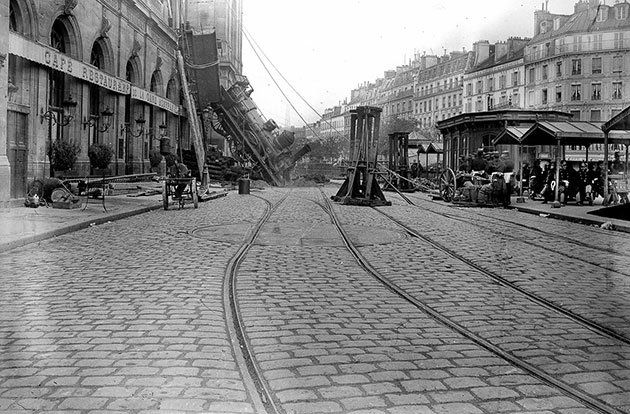 So the train kept going beyond the barriers of the tracks, traveling a further 100 feet across the station before crashing through a wall. The train fell through said wall, crashing into the ground outside the station. Tragically, a woman was standing outside at this very moment and was killed falling sections of the wall 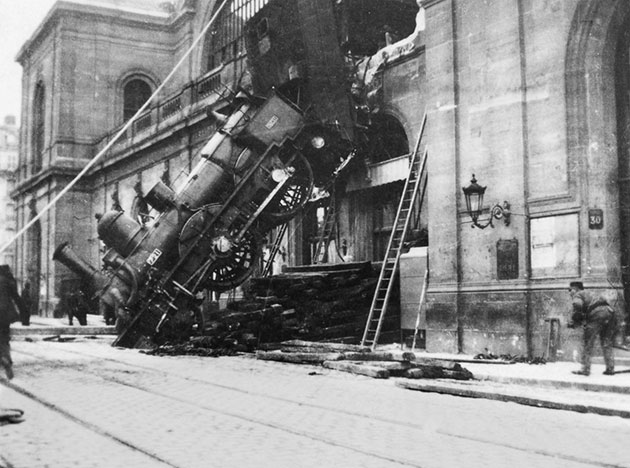 Miraculously, none of the 131 passengers were killed, although a few were injured. The train remained there for a few days until it could be removed, leading to the rather perplexing photographs you are seeing today. The driver of the train received light punishment, only being fined 50 francs. 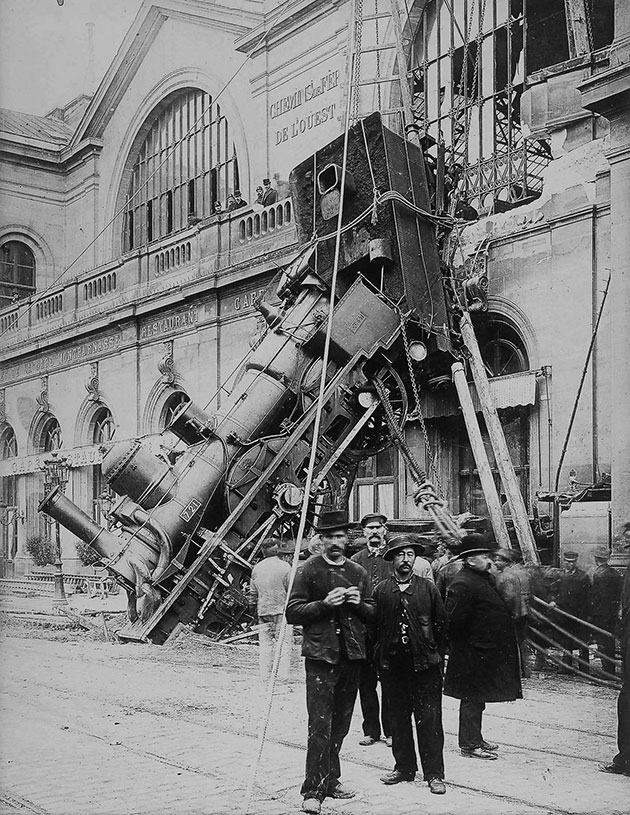 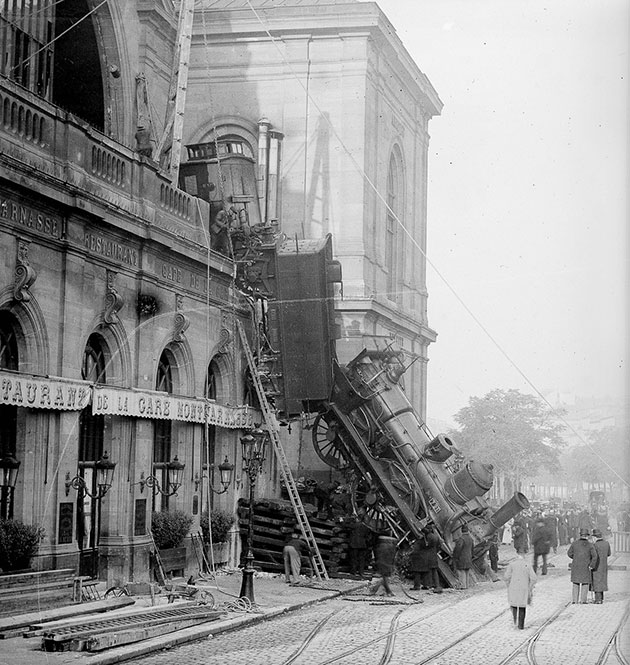 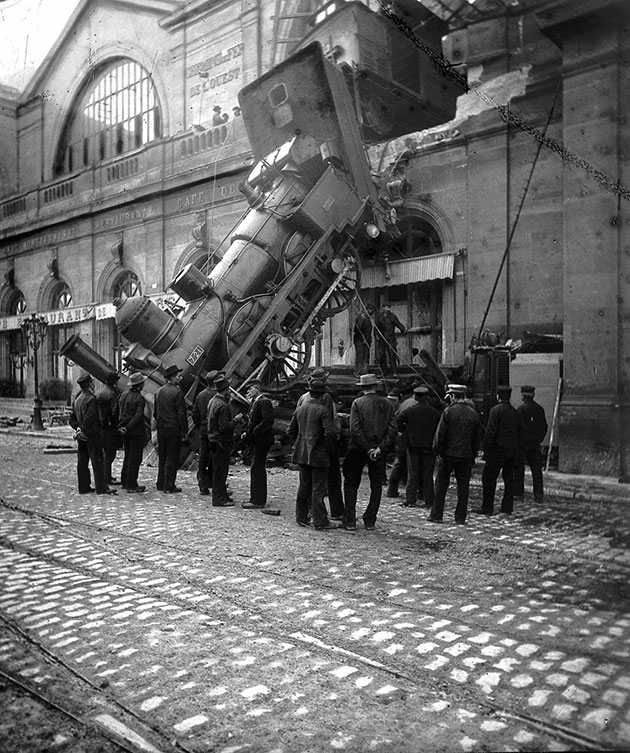