A group of lucky grandchildren had such a surprising Christmas this season as their 84 years old metal worker grandpa delivered an extra special gift to his granddaughter. Grandpa professionally created a Death Star firepit that looks very similar to that Death Star II battle station in Star Wars.
His granddaughter is a great fanatic of Star Wars, imagine how excited this lad was when she got her Christmas gift. Such gift, built from the loving hands of her caring Grandpa makes it all the more special. Granddaughter’s post went viral immediately after sharing the pictures of her gift on social media. Check out this awesome metal Death Star fire pit that was created by one of the world’s greatest grandpas, and see what the galactic hype is about! Immediately after she got her gift from Grandpa on the 26th of December, she submitted pictures of it for sharing on Reddit. The responses she got has since been greatly overwhelming, as the coolest Christmas gift in town has rapidly turn out to be one of the coolest gifts of the season throughout the globe. Bandia5309 (the Reddit user) explained that from the heart for his lucky loved ones, Grandpa makes great gifts with one of his specialties being metal fire pits. With nobody being able to predict how amazing it would look when he was finished, Grandpa was happy and obliged to the request of his granddaughter to make for her the Star Wars inspired metal fire pit. 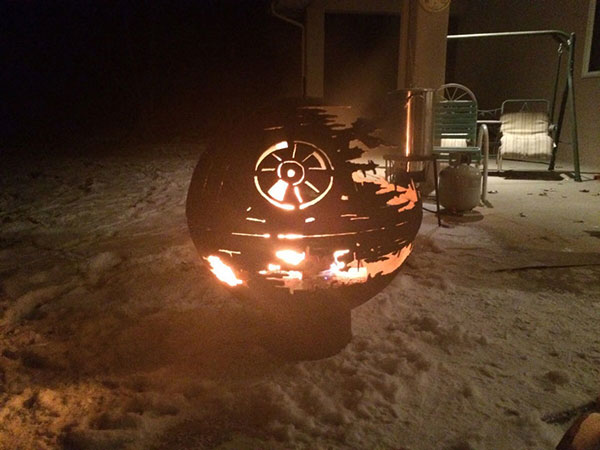 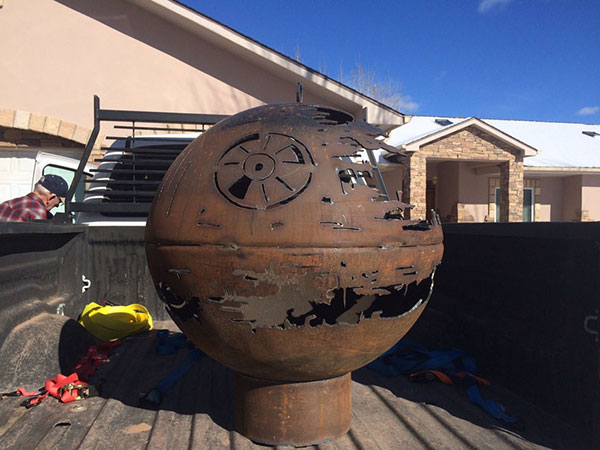 To catch everyone up to speed in Star Wars, a Death Star was an Imperial military battle station that was as same size with the moon. Fully armed, it has a super laser such that is capable to destroy the planet. Though, all of these wild features are absent in the fire pit version, with a little imagination and fire warmth anything is possible!
The first Death Star having been destroyed at the Battle of Yavin by Luke Skywalker, the second Death Star battle station created by the Galactic Empire was Death Star II. At the request of Emperor Palpatine, the second battle station was under construction, all with the hope to secure his plan of destroying Rebel Alliance. Ultimately, leaving the entire galaxy in the hands of the Empire things fail to go as planned, the movies can still be watched to see what happens next. The movies alone have generated over $27 billion, and that doesn’t excluding the sale of books, apparel, video games, and toys made in honor of Star Wars. Star Wars series has a great number of fans following, and it looks like once you are a fan of Star Wars, you are a fan for life. Lucky Granddaughter. Ever since she had shared pictures of her Death Star fire pit courtesy of her grandpa, other fans and commenter’s suggestions were that grandpa exits from active service and fully begin to make these awesome fire pits. Several people avails out there who would LOVE to get their hands on any of these! As a result of all the requests and suggestions, Grandpa has opened a shop on Etsy for anyone who is interested to order one of the handmade fire pits. Presently one Star Wars fire pit is up for sale by him at the cost of $1,600. He sells his handmade, steel backyard fire pits in 30 or 37.5 inches (diameter). You can contact him with your own ideas/choice for your customised design as well. Grandpa’s superior metal working skills give him the chance to create such fire pit that resembles just anything. Given the chance of creating a dream fire pit, what would your request be? 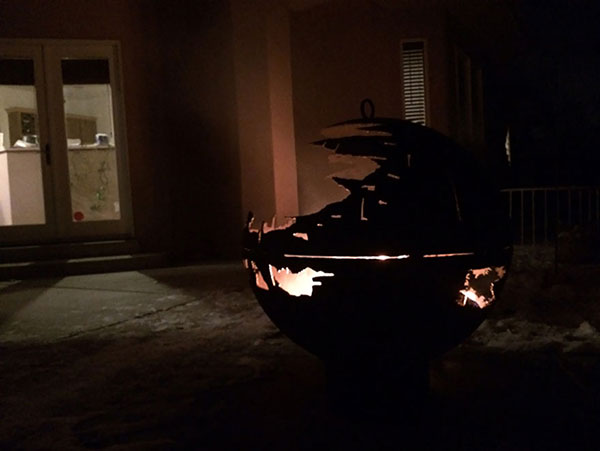