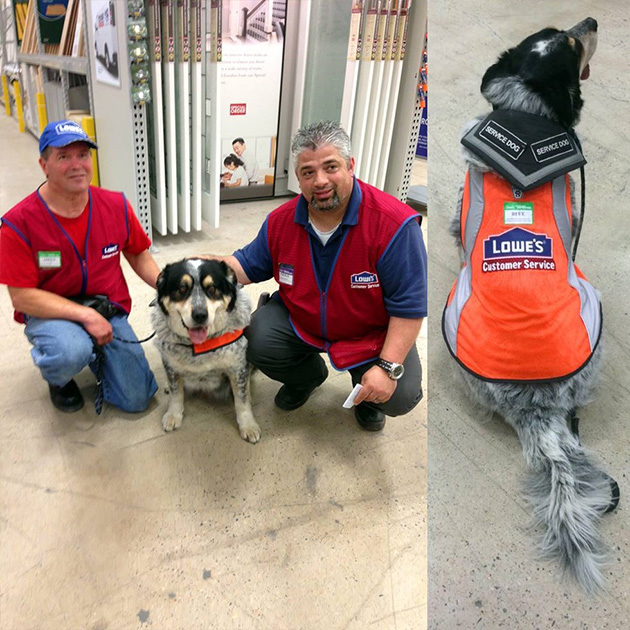 When a job vacancy is filled in a company, it is usually not something that causes some big announcement to be made. But in one Lowe’s Canada store in Regina, Saskatchewan, there was a need for an announcement with the unusual hiring of a brain injured man and his support dog. The man has had a lot of trouble finding a job due to a brain injury he received. He needs his support dog just to help him get by.

Fortunately, Lowe’s didn’t turn him down like so many other employers before did. Instead, Lowe’s hired the man along with his canine companion and suited them up in regulation Lowe’s attire. The dog, Blue, even received a name tag of his own. When people heard about this on social media, they gave great praise to Lowe’s for having this kind of compassion. People are hoping that more companies will hire more people with similar disabilities.