A recent collaboration between artist Mademoiselle Maurice and the Mathgoth Gallerie (a French art gallery based in Paris) has resulted in the largest ever urban mural in the city of Paris, which consists of 15,000 colourful origami birds arranged to display the lunar cycle.

The project was part of an homage to the residents of the area that have been temporarily forced to move due to the impending demolition of the building where the mural is displayed. The 15,000 origami birds cover around 21,000 square feet of area of the building and are painted in a range of colours after being folded, with each colour used to represent a different part of the lunar cycle. 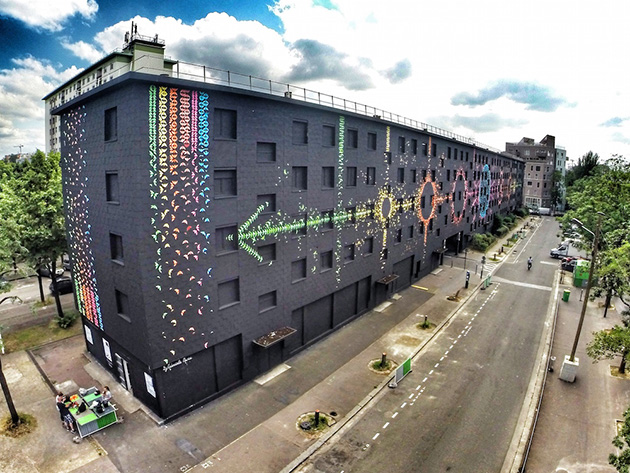 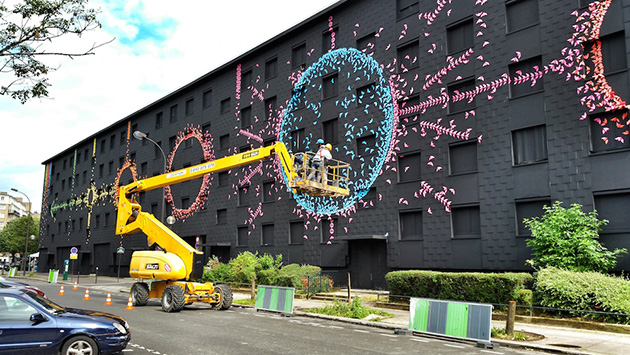 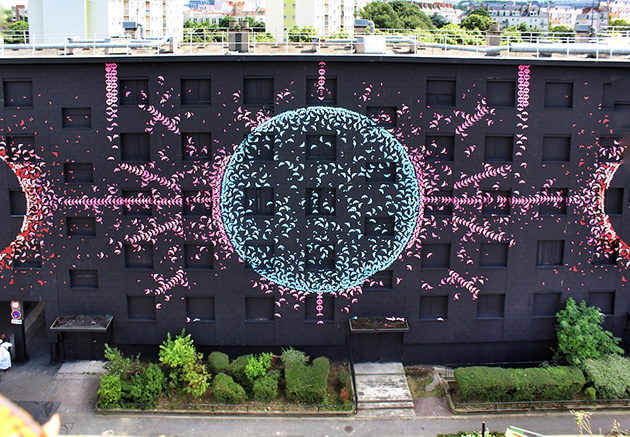 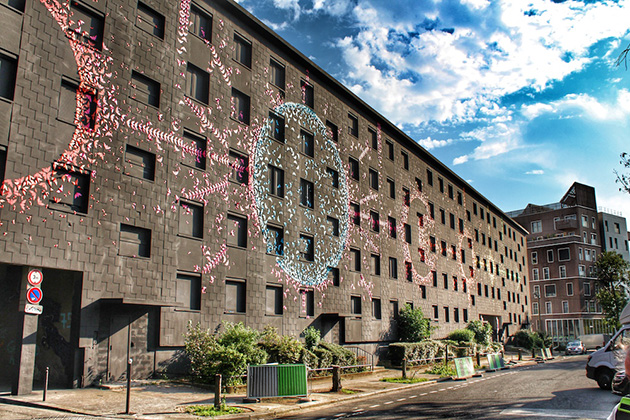 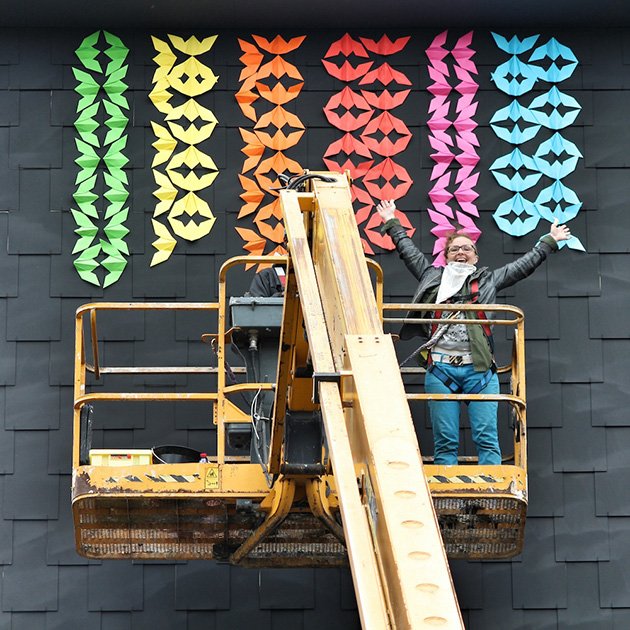 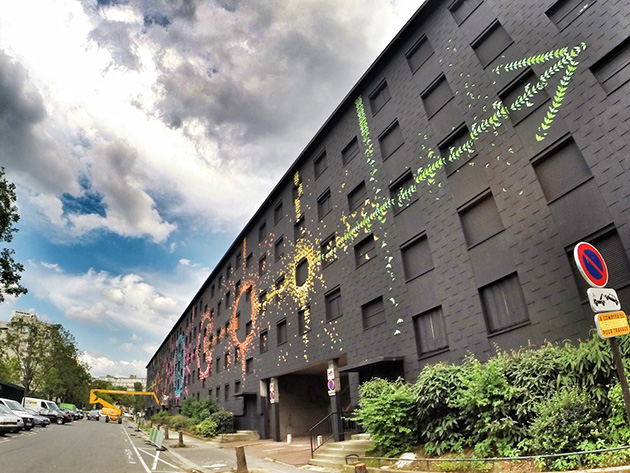 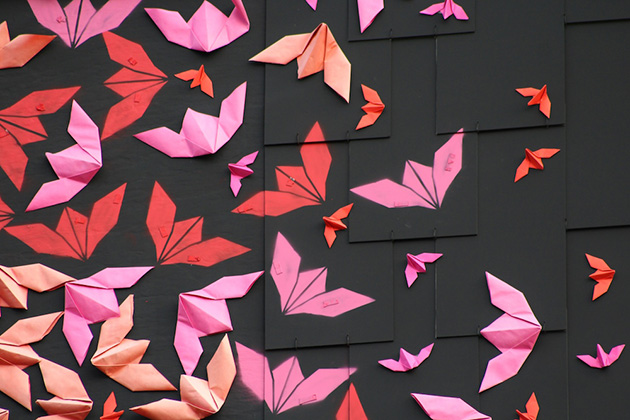 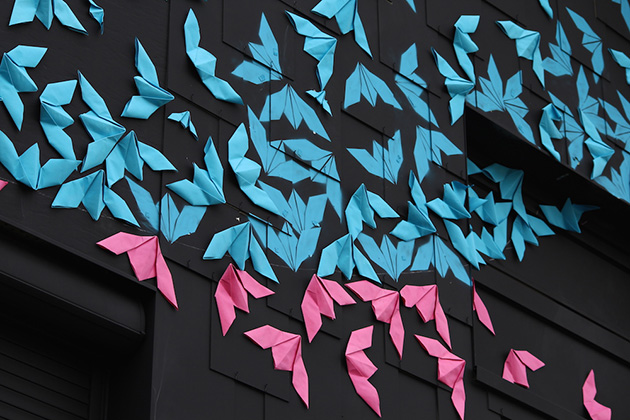 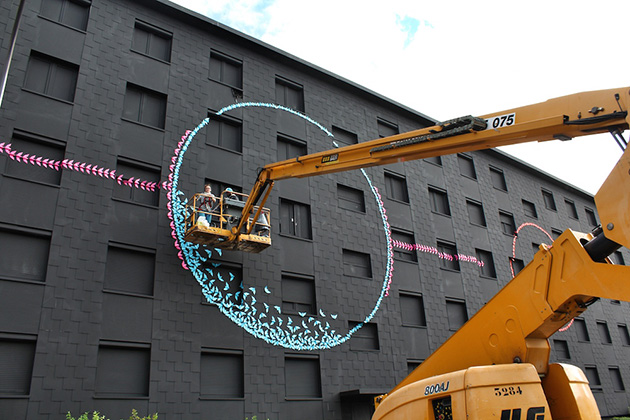 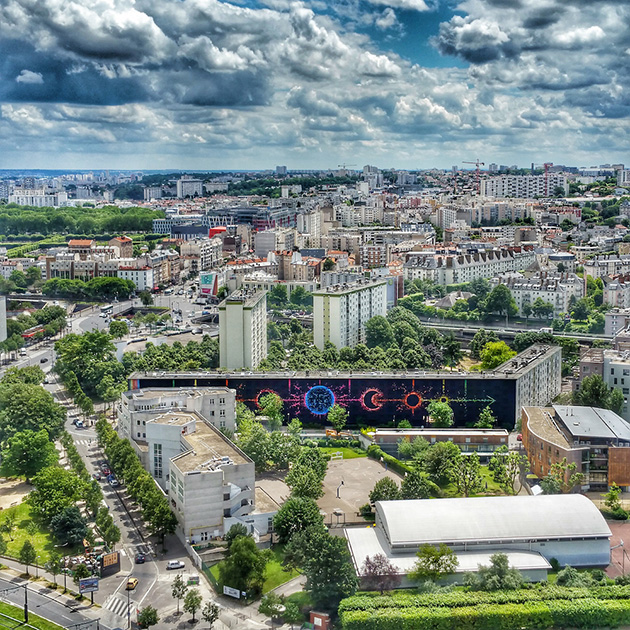