Neil and Tippi Taking a Look at the News

Tippi Hedren, the actress from Hitchcock’s movie The Birds, had a holiday in Africa with her husband Noel Marshall and her daughter Melanie Griffith who is also an actress. After their journey, the three decided to shoot a film on lions. In order to make a realistic one, they had to get to know lions better. So, they took advice from Ron Oxley, a trainer of animals, his advice was living with lions until the family knew them better. They did what he told! 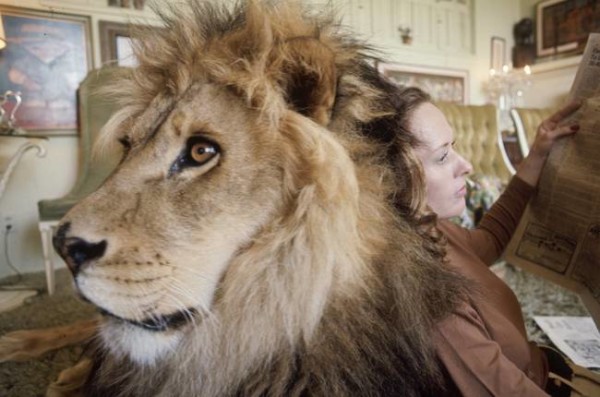 Tippi and Neil Having a Good Time in the Living Room

Neil likes to be a cushion for Tippi when she reads. 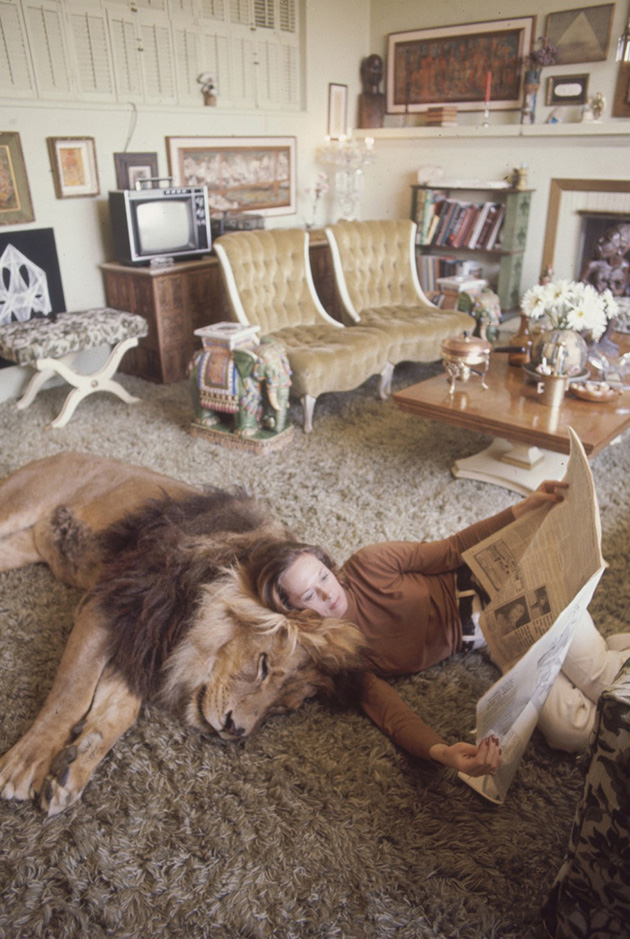 Would you advise other people to open their doors to a lion? Maybe you wouldn’t. However, for this family, it was such good advice! Actually it was good than anyone can guess. Neil was their guest, he was a male lion, a huge creature compared to his companion humans. Though, he was not the only one the family was living with. There were other animals from the wilderness who was inhabiting the house in California. Nevertheless, Neil was the most huggable one. Just take a look at the photos from the early 1970s where you can see Neil spending time with his human friends; sleeping, paper reading, raiding the fridge and more. It is astonishing to see this huge and actually savage animal hanging out by the pool or sleeping on the kitchen floor. As you can see, instead of a dangerous wild animal, Neil looks like a giant domestic cat. Neil Looking for Something to Eat

Well, who said that lions don’t raid the fridge? 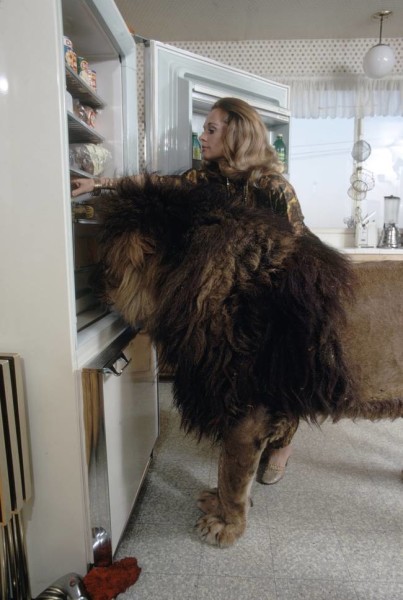 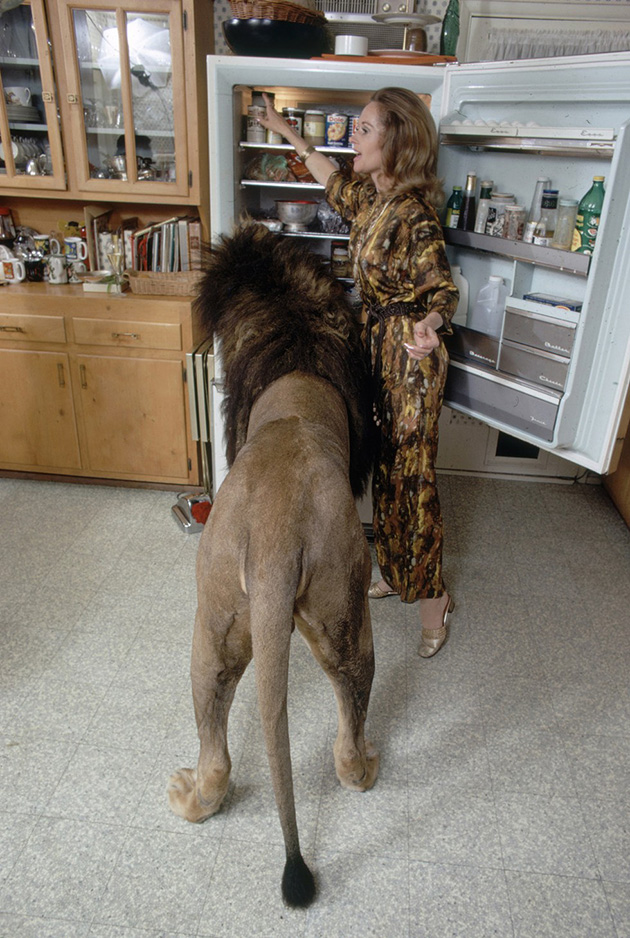 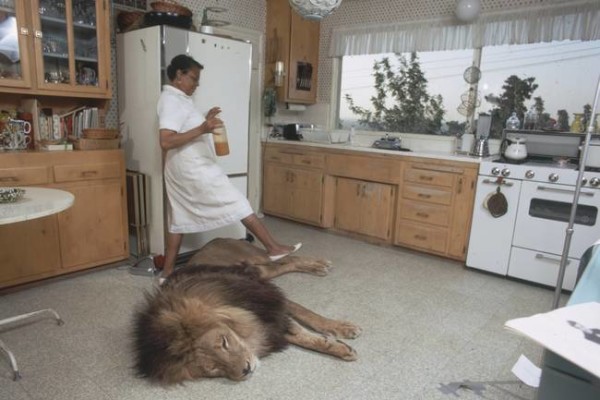 Neil is a Helper

Just like any ordinary house cat, Neil helps his companions with anything they are doing. Here, he is supporting Noel Marshal with his work. Doesn’t he look like the bigger version of his domestic cousins? 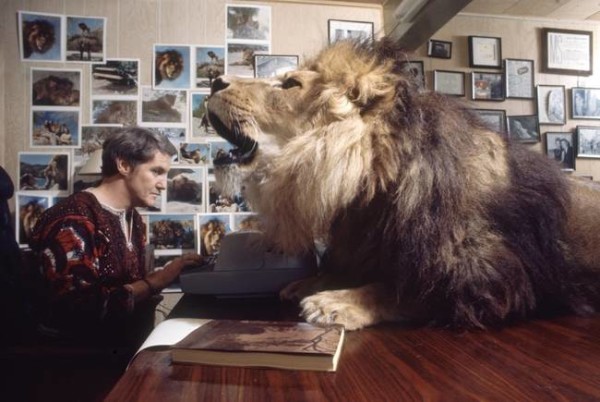 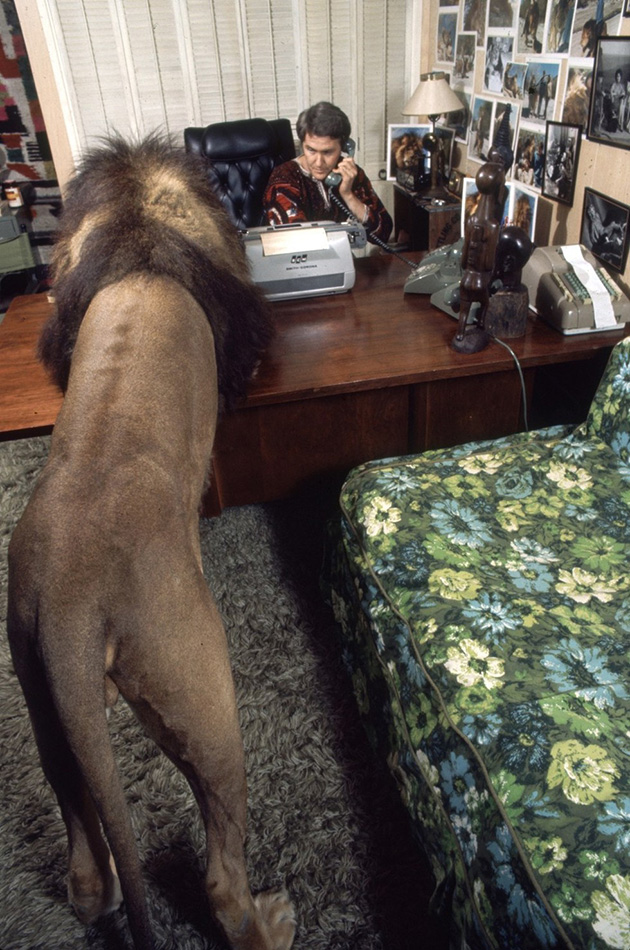 Neil liked to keep an eye on Melanie Griffith while she was swimming. Look at his caring paws! 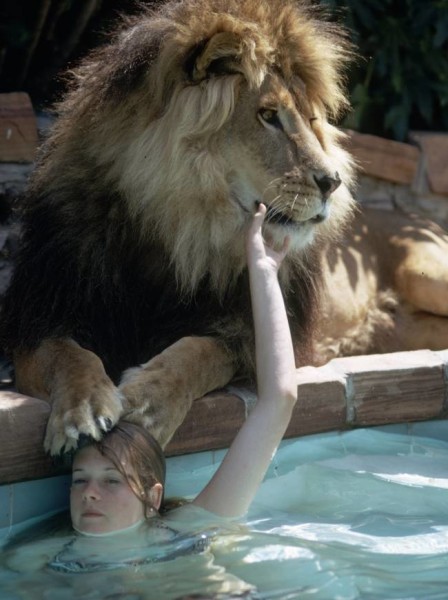 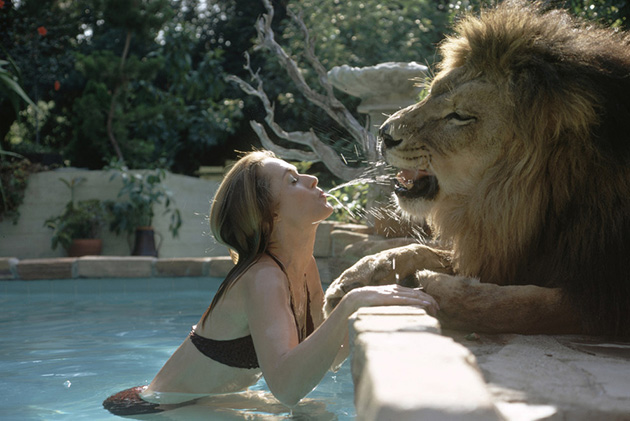 Playing Around the Pool

Neil and Melanie look like really good friends. They are playing around the pool just like siblings do. It is not just Melanie with whom Neil likes to play with. In this photograph, you can see Tippi and Neil wrestling in the family’s fully furnished living room. That must be an exciting experience. 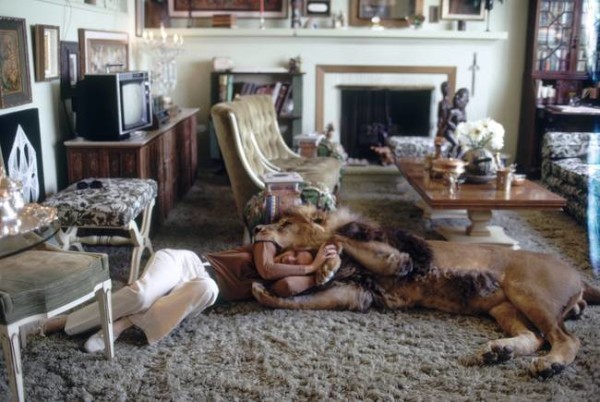 The movie made by the family was called 1981’s Roar. Unfortunately, it failed commercially, it required $17.5 million for making yet brought $2 million in total. In addition to that, some of the human cast members (nearly 70 people) were injured during the making of the movie and Melanie was attacked by a lioness and needed stitches on her face. Whatever happened, the family didn’t stop loving giant cats. After the movie was finished, Tippi established the Shambala Preserve, a place for wild animals in bad conditions. Tippi Hedren is still living in the Shambala Preserve with 70 animal friends. Michael Jackson’s Bengal tiger is among those 70.

A life with a lion looks very impressive and dangerous at the same time. You wouldn’t have any fears about the burglars but the hairballs as big as the cats themselves will be waiting for you. 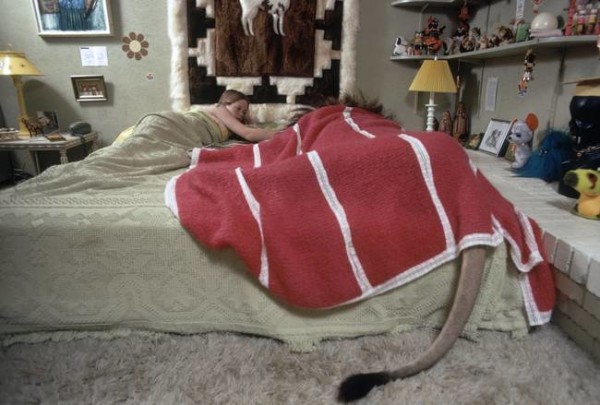 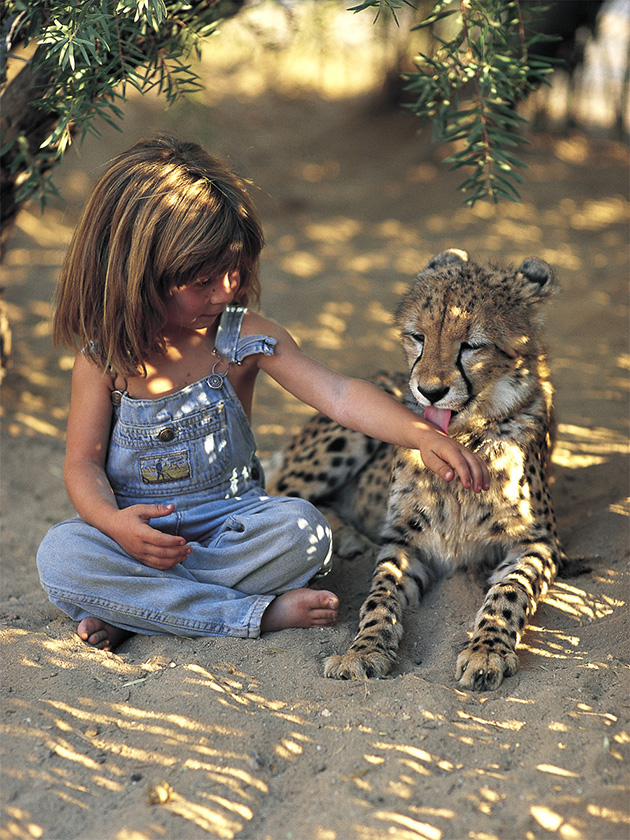