Along with the more traditional jeweled sword and scabbard, this impressive gun served as a ceremonial object, held by one of Sultan Mahmud I’s attendants during state ceremonies. While the flamboyant decoration of the gun lent itself to public spectacle, the experience of extracting its treasures from the gun’s stock is a more personal act. 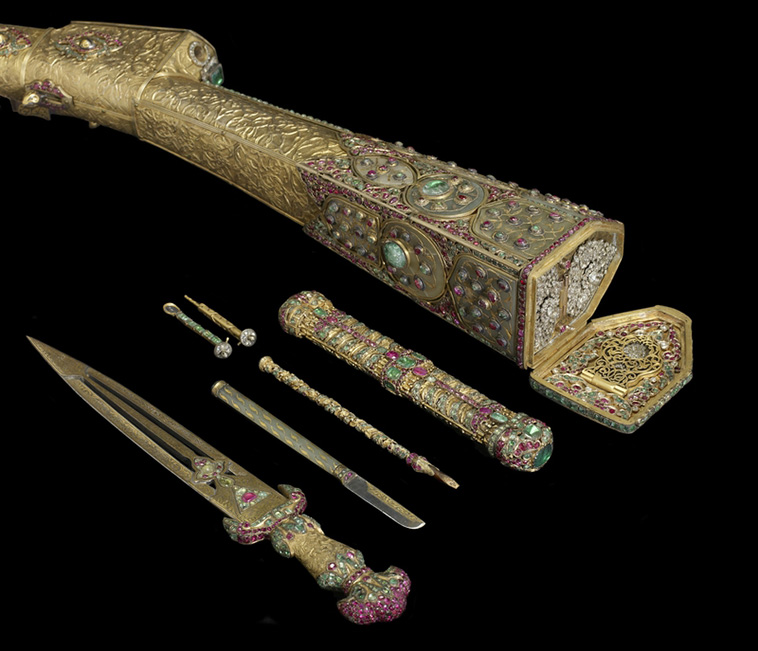 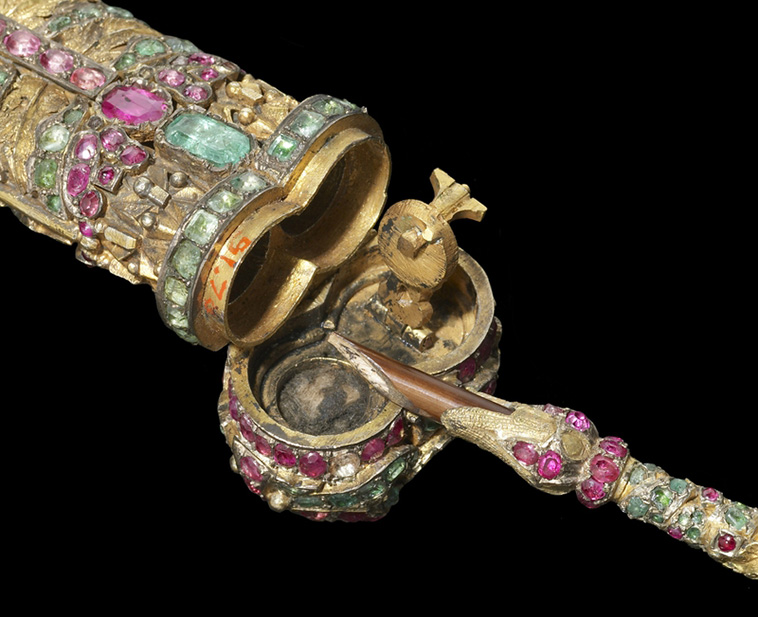 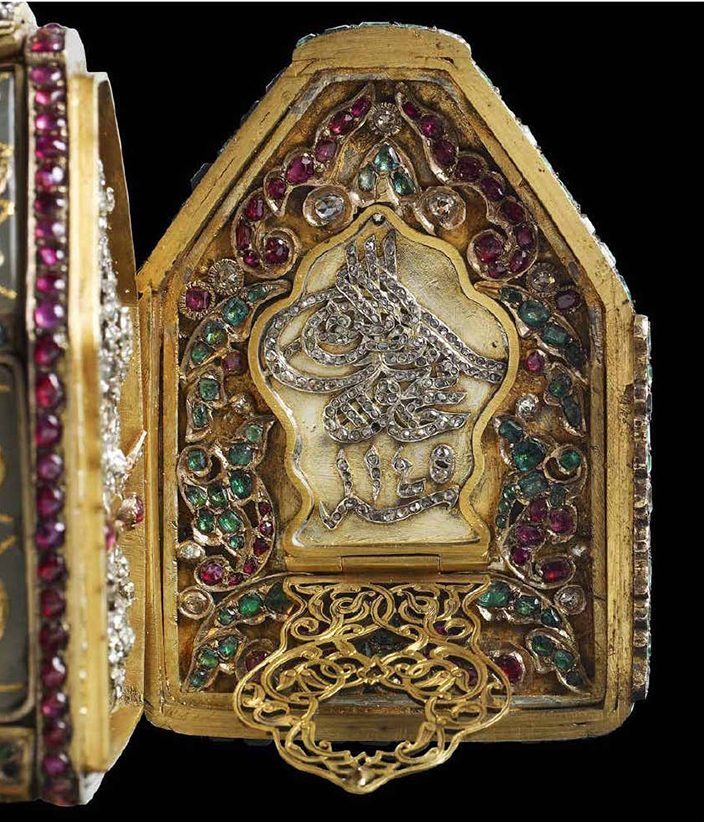 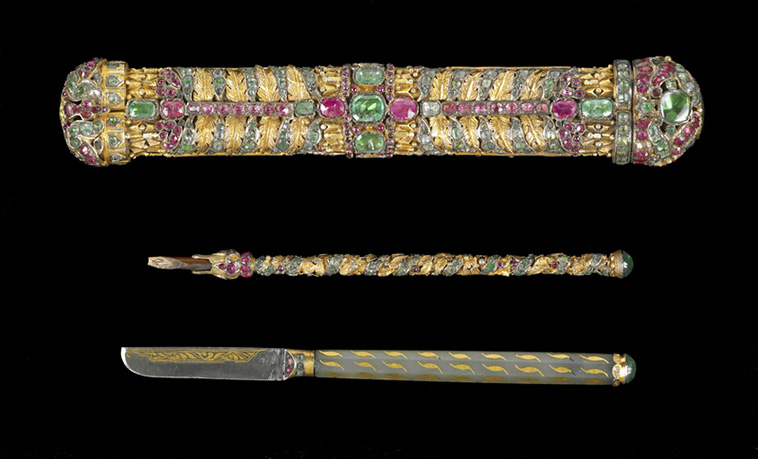 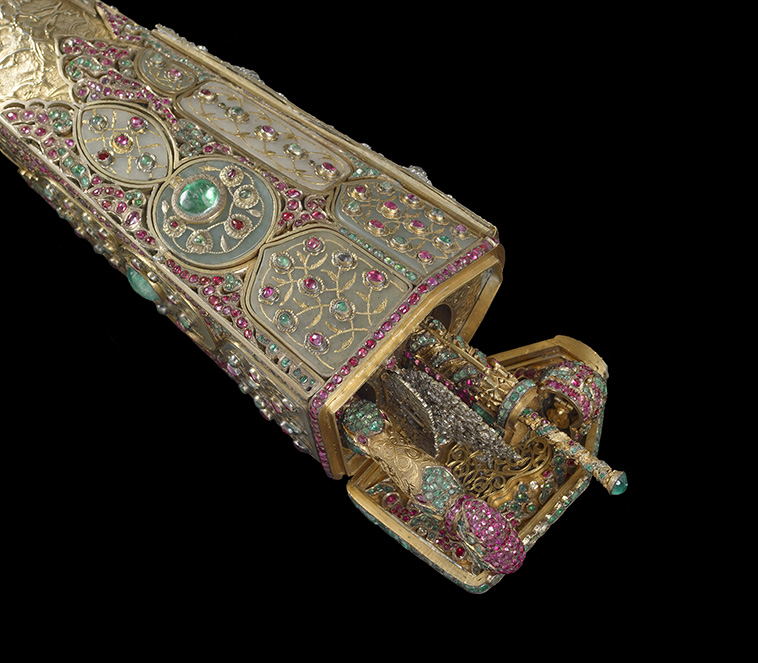 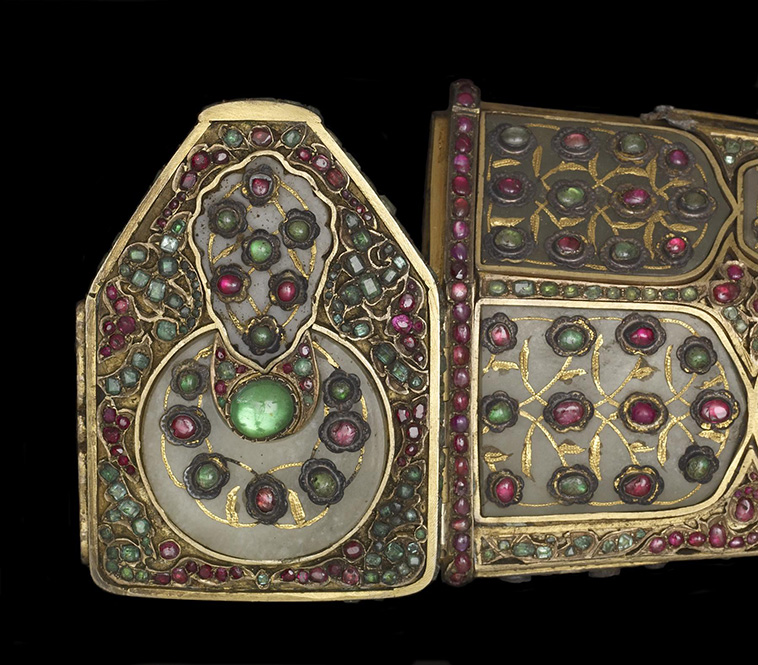 This video reveals the various components of this ornate gun.

This unique set of objects represents two activities important to Ottoman sultans in this period: marksmanship and calligraphy. Sultans were expected to be both proficient hunters and adept writers. The gun was never shot, though, and therefore probably served as a spectacular element of imperial regalia. Many artisans were involved in the design, engineering, and decoration of Mahmud’s gun set. The gunsmith Isma‘il impressed his mark on the gun’s barrel.