If you love exotic fish and don’t mind hundreds of them eyeballing you while you answer nature’s call, you’ll probably love using this unique aquarium toilet in Akashi, Japan. 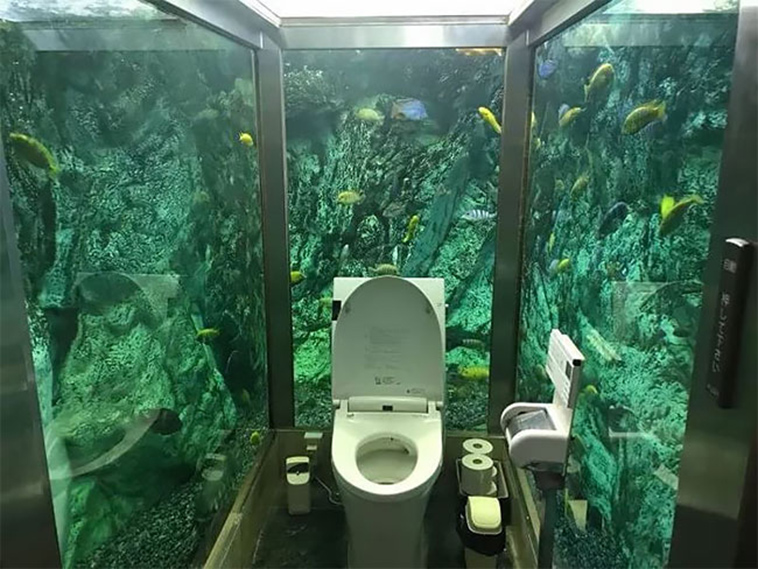 Hipopo Papa (formerly Mumin Papa) Cafe, used to be known as one of the most popular dating spots on Hayashizaki Matsue Coast. It still is, but ever since the owner decided to do something special with the women’s toilet, it’s become famous primarily for being the only cafe in Japan – and probably the world – to feature an aquarium toilet. It’s technically surrounded on three sides by a giant aquarium filled with hundreds of exotic fish and a male turtle, which, considering this is a women’s only toilet, is a bit weird. 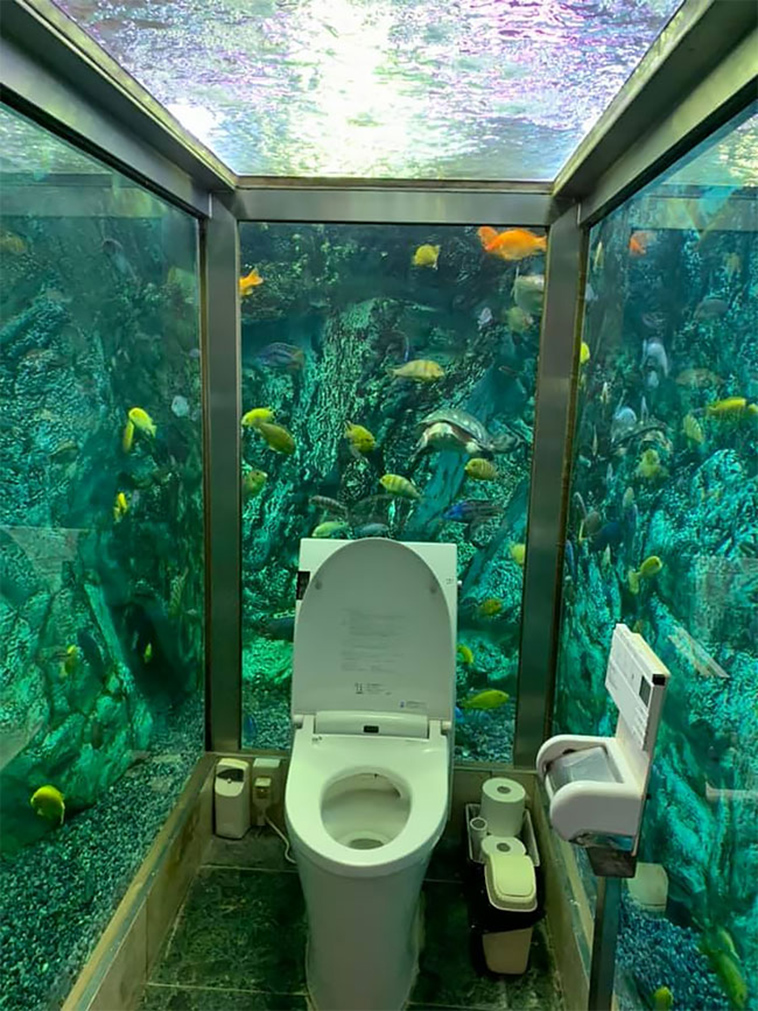 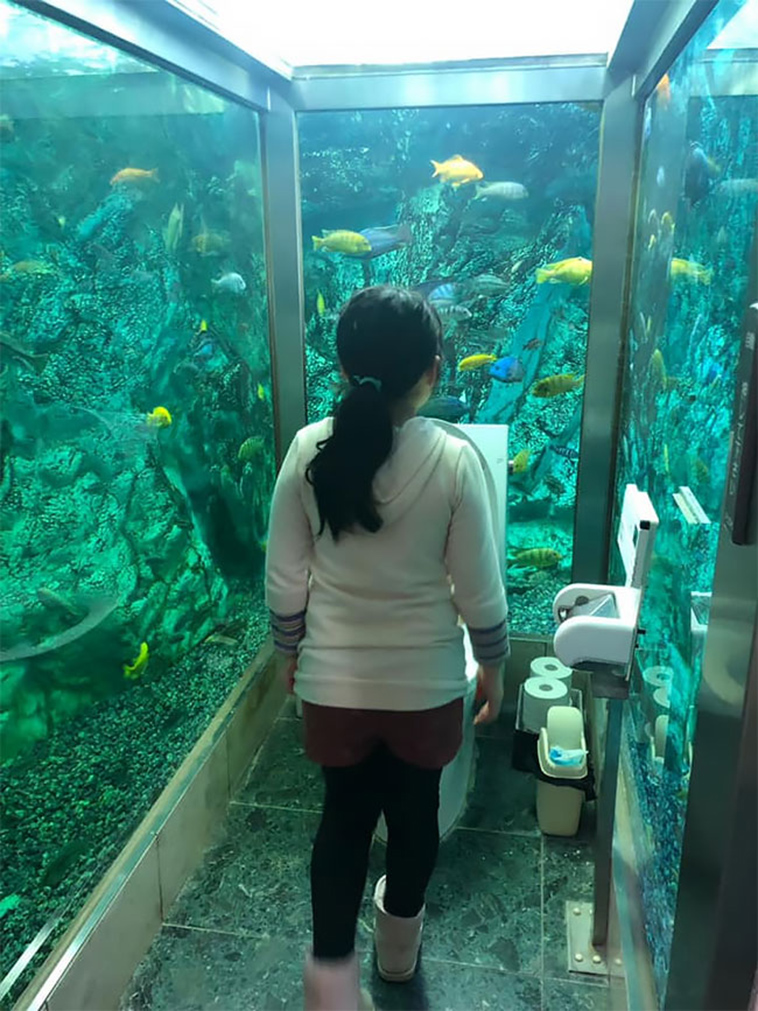 Having an aquarium toilet is a great way to draw customers, but it does have its drawbacks. According to Setouchi Finder, some of the patrons end up spending a lot more time then they have to inside the toilet just admiring the scenery, while others are reluctant to use it because they find the thought of having so many marine creatures staring at them while they relieve themselves uncomfortable.