Another great sadness unfolds when humans don’t care about other creatures. People were too busy taking selfies while a baby elephant cries for his mother and then died! Sightseers crowded around this baby to take pictures on their phones when he wandered into an Indian village. 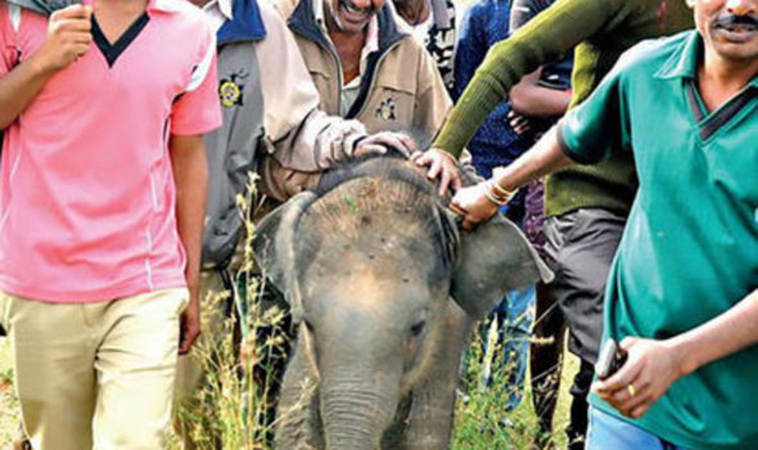 The mob taking a selfie with a baby calf

The calf had an injury as he followed his mother and another elephant out of the jungle into the village, searching for food. Instead of caring for this poor injured baby, they threw crackers at him and shouted in order to “protect” their crops! The baby became separated from his mom because he was too weak to keep up as they attempted to flee these humans. He cried out to her but instead of giving aid, these people just took photos! 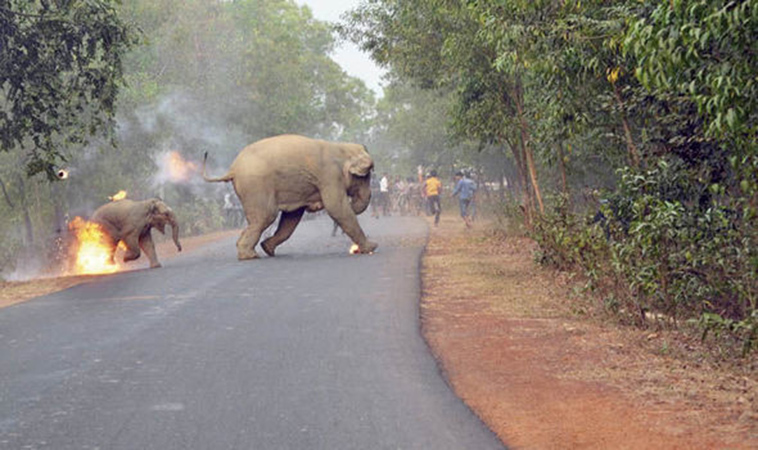 At some point, mom returned looking for her baby but forestry officials had taken him away for treatment for the injuries he received coming down from the forest. The vet treated him and fed him bottles of glucose and milk.  Unfortunately, he died a few hours later.

Although many people are against poachers, they don’t seem to realize that confrontations with humans on any level are also killing these precious animals. Elephants bond and love their family units so why can’t people respect that? Why must the human being always hurt other creatures by just not caring?