Artist David McCracken is behind this stunning sculptural installation named Diminish and Ascend, which appears, from some views, to be a never-ending stairway leading to the skies above.

Arguably one of the most visually stunning exhibitions on display at the annual event ‘Sculpture by the Sea’, which is hosted in Bondi, Australia, the staircase sculpture can both impress and boggle the mind at the same time thanks to its surreal design. 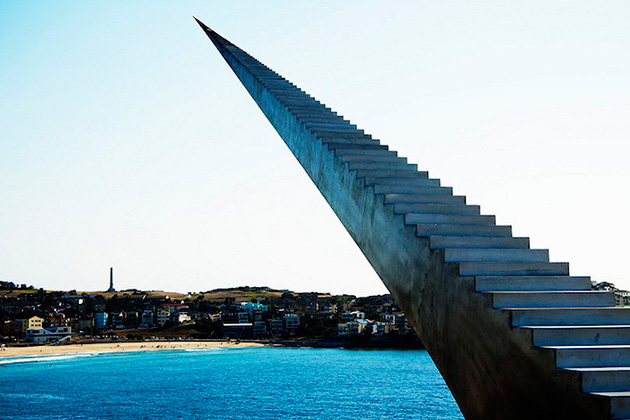 While it appears as if the stairway is ascending high into the heavens above, it is actually a trick of the eye achieved through an optical illusion.

McCracken considered various visual perspectives when designing and crafting the sculpture to help achieve the illusion. Rather than being an infinite staircase, the sculpture is actually modified so that it is becoming smaller in size at the highest and furthest points from eye level, so when looked at from certain perspectives it does, in fact, appear to be an endless set of stairs rising into the sky. 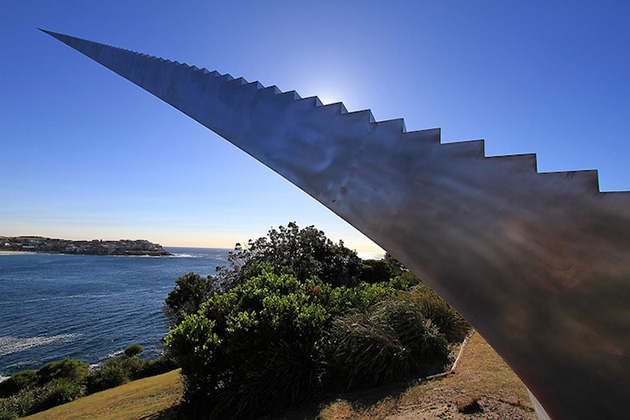 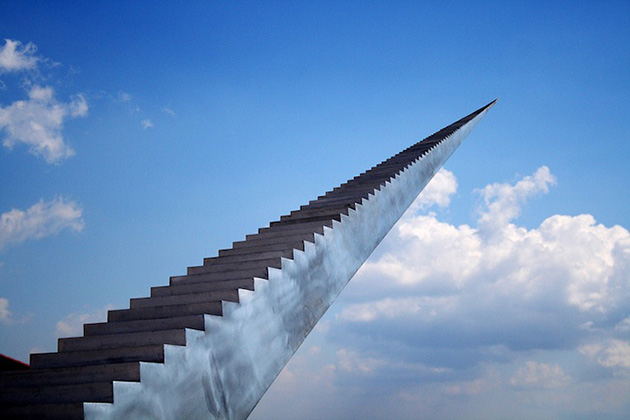 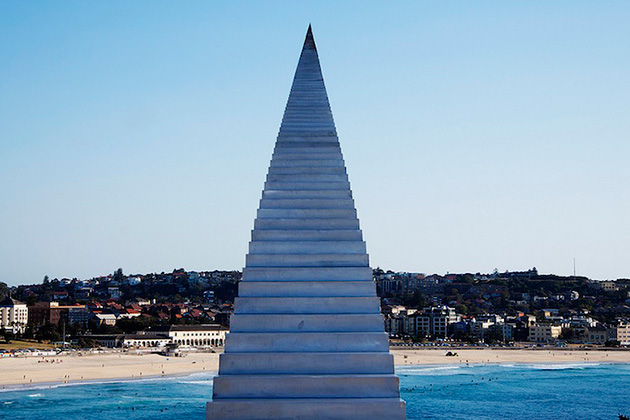 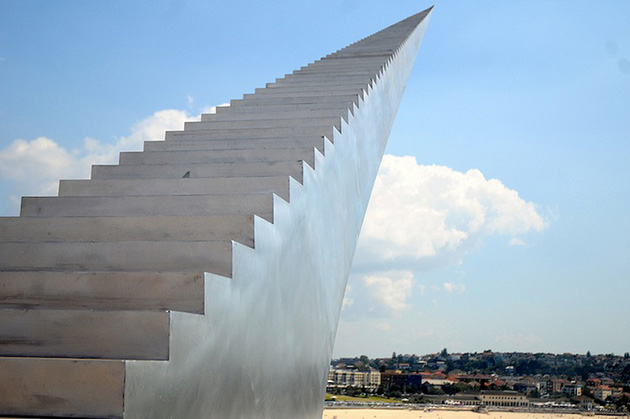 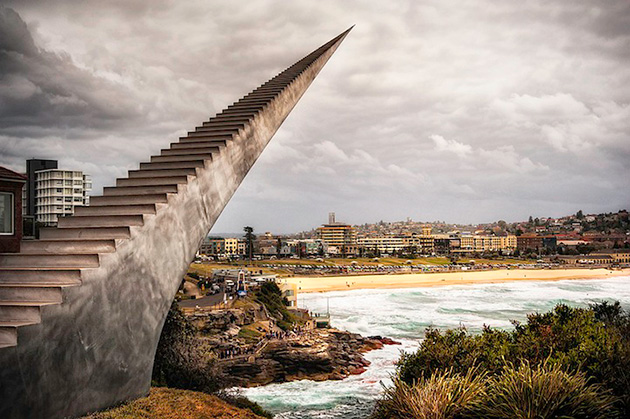 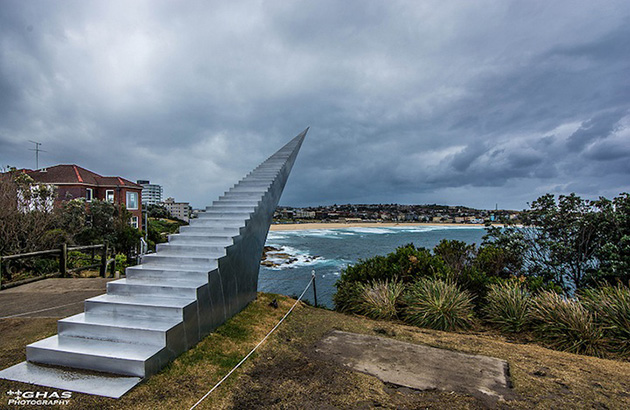 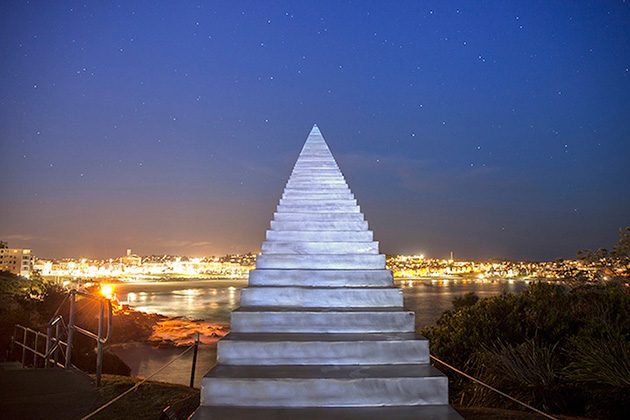 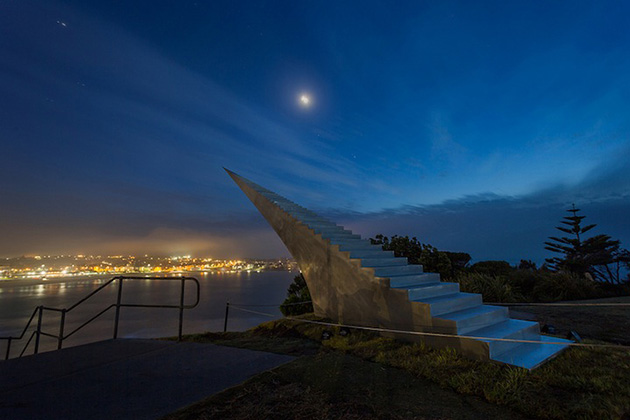