The Ford Motor Co usually referred to as “Ford” was founded by Henry Ford and was incorporated in 1903.  Their headquarters are located in Dearborn, Michigan which is a suburb of Detroit. The American automakers manufacturers and sells cars and commercial vehicles under the brand name of Ford and their luxury cars are under the Lincoln brand.

Their Ford Series is a line of light and medium weight trucks that have been manufactured and sold since 1948.  While there are differences in the F-Series trucks that also include full-sized trucks and commercial vehicles, the Ford F-Series has been sold in the United States since 1981 and have been considered the best selling pickup trucks since 1977. They also sell their line in Canada where these vehicles are also considered number one. Check out the following guide that will help you know the different trucks by their hoods! 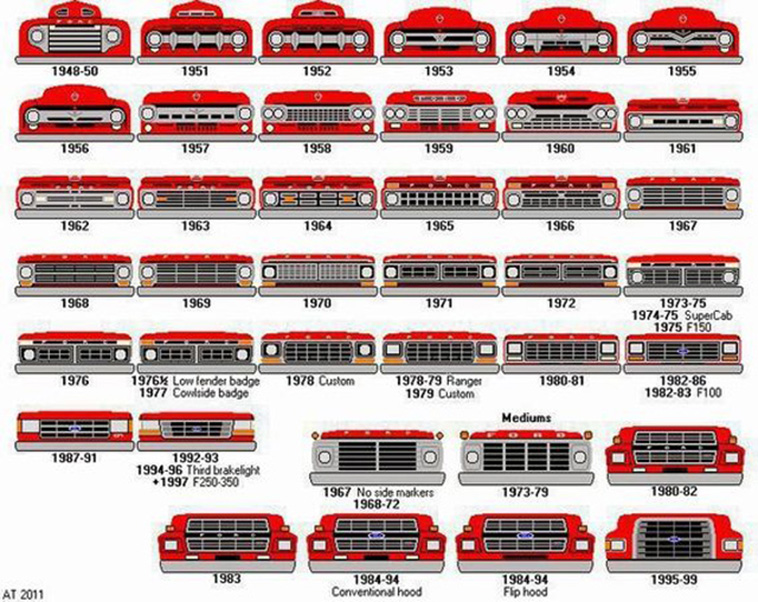 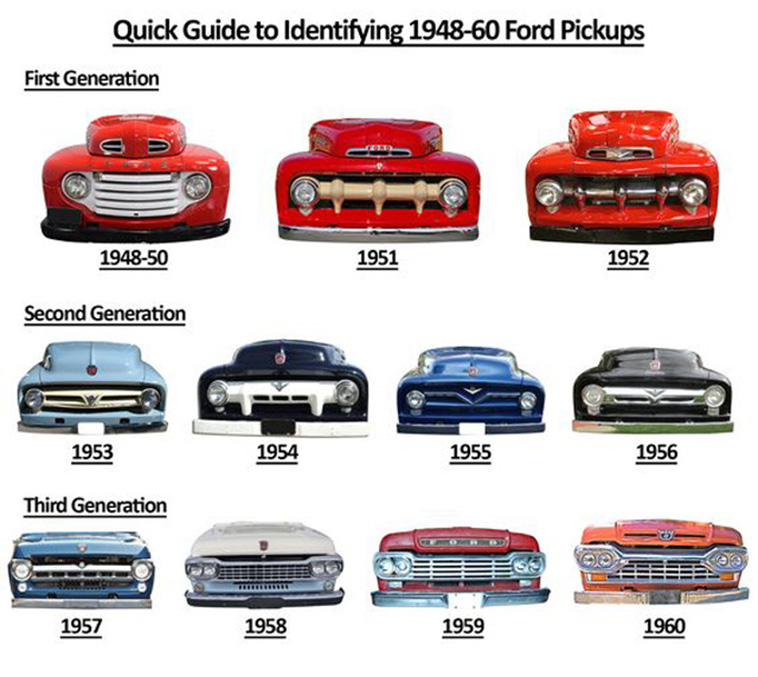 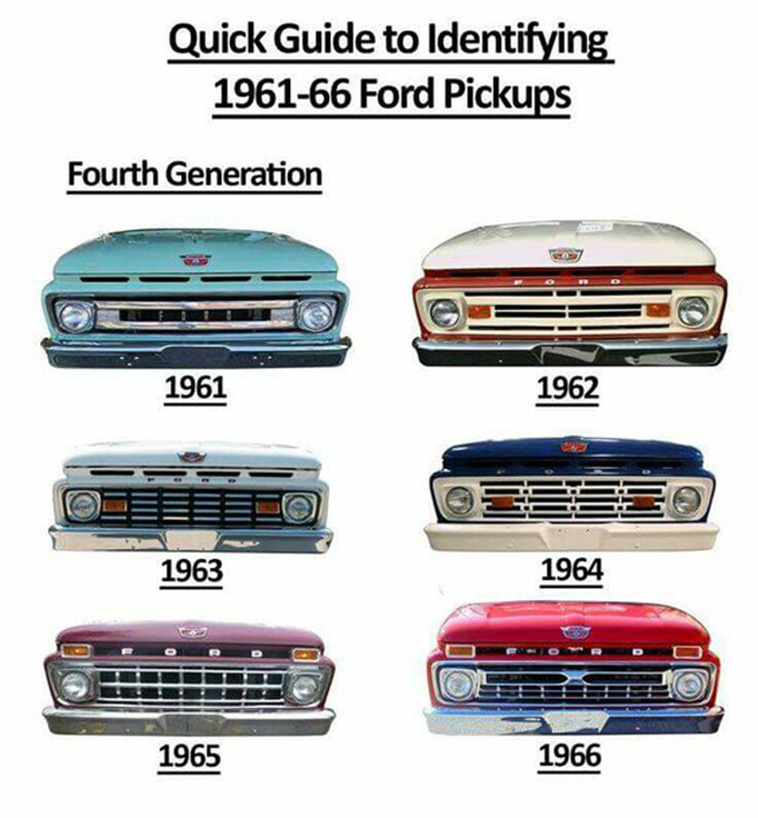 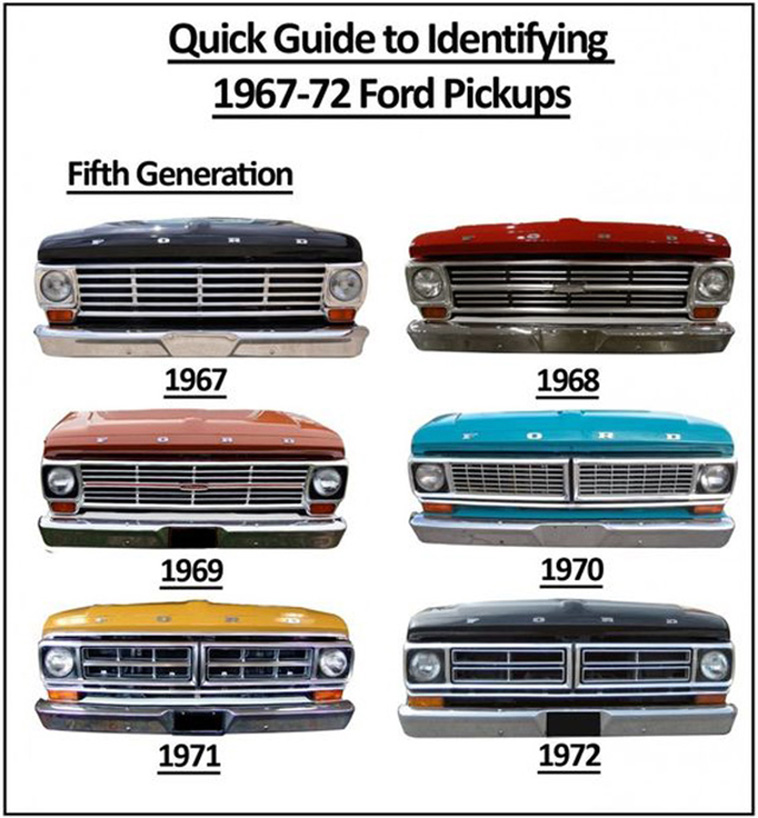 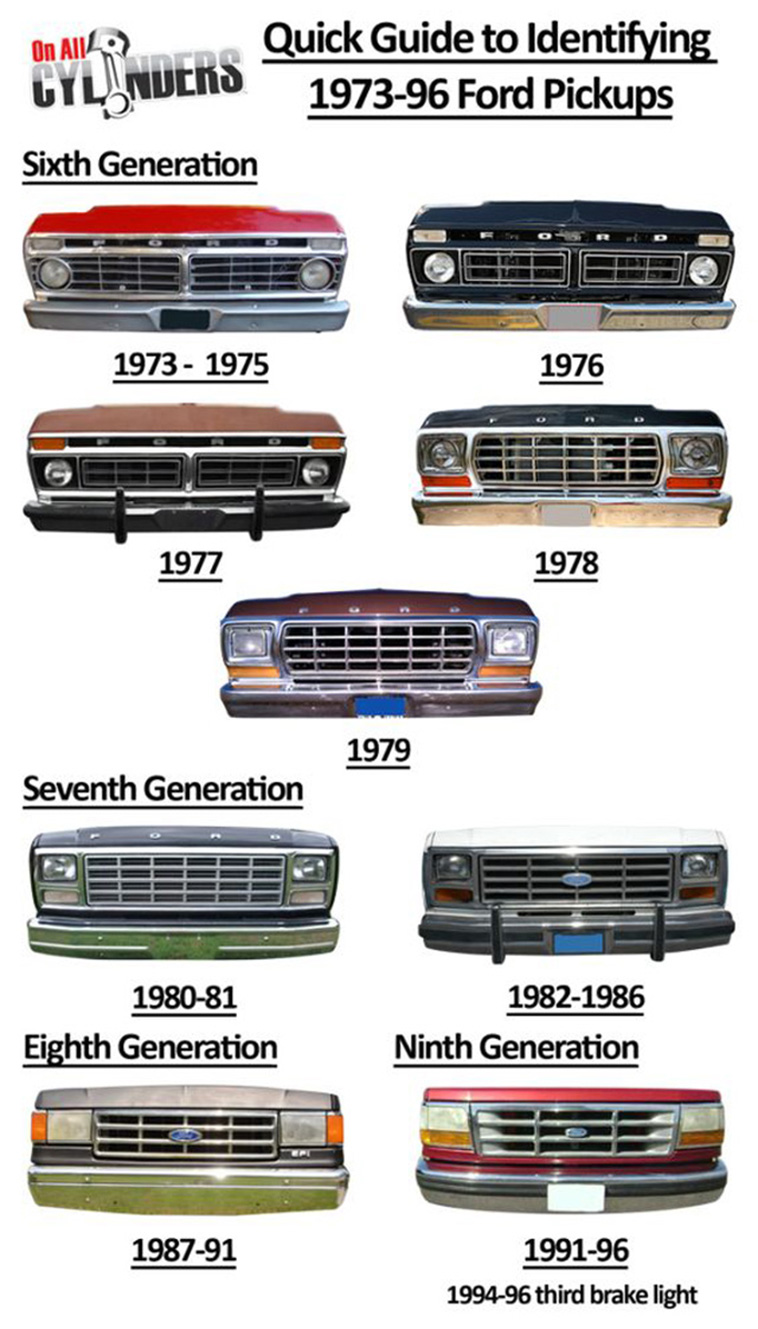