Frank Lloyd Wright wrote the book on organic architecture and judging from his latest project House Inside a Rock, architect Amey Kandalgaonkar has read it more than once.

The 3D concept merges ancient rock-cut tombs located in Saudi Arabia’s Madain Saleh — a UNESCO world heritage site — and contemporary architecture to create a modern dwelling. The home imagines large planes of concrete mounted on the face of a massive boulder of sandstone, forming the structure’s sleek, minimalist boundaries. The clean lines of the exterior juxtapose the intricate details of the rock formation creating a visual balance. 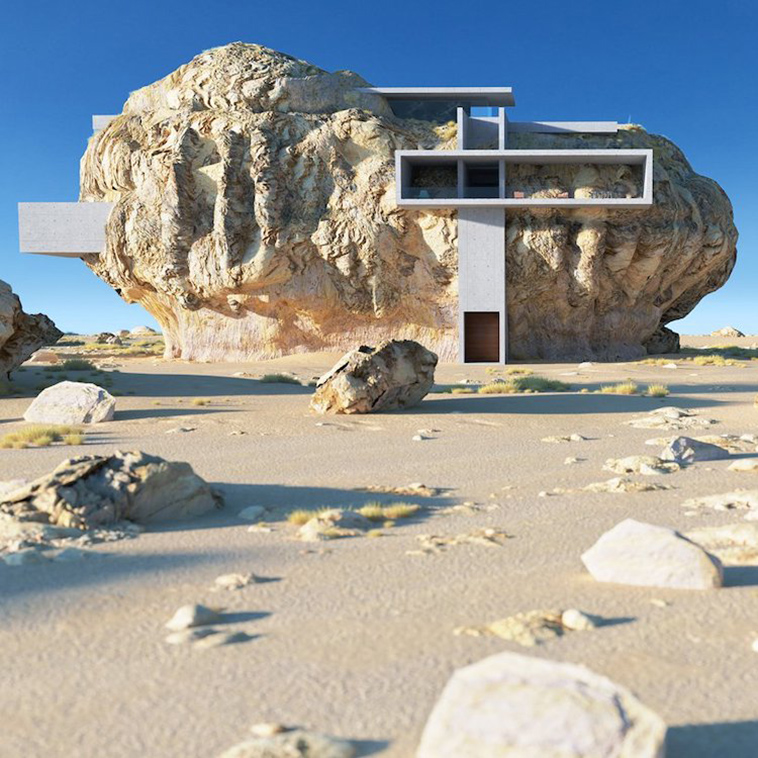 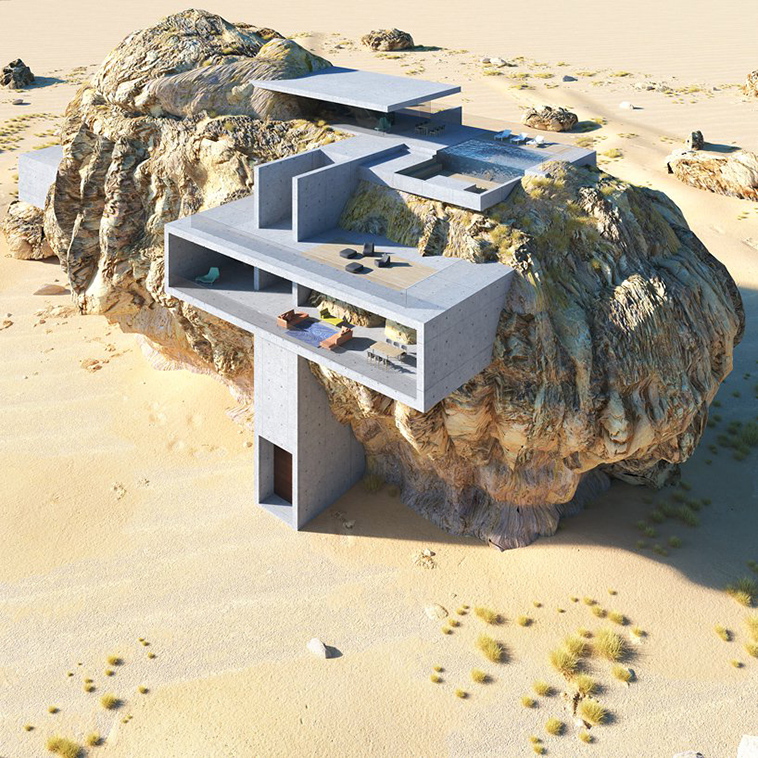 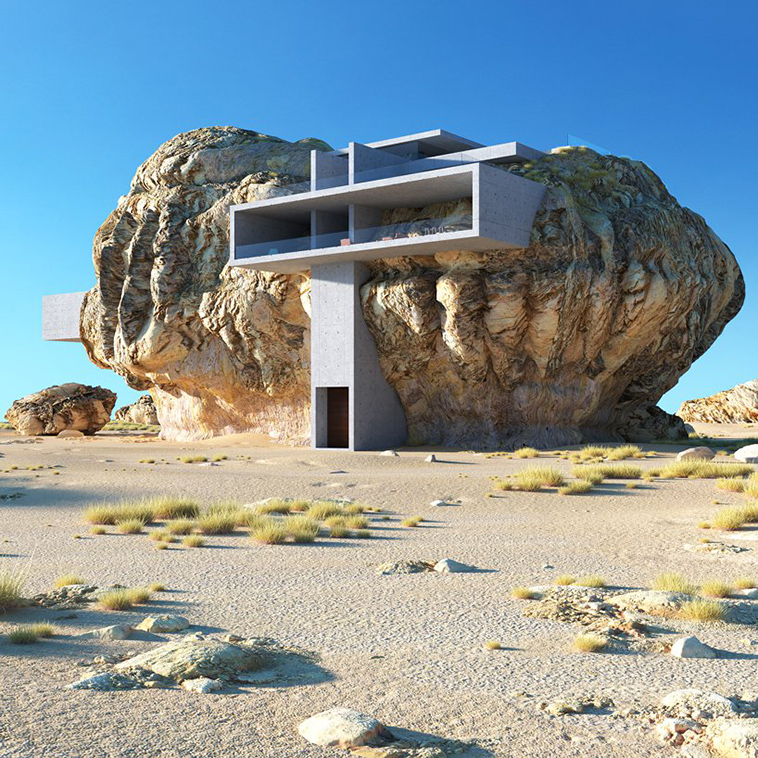 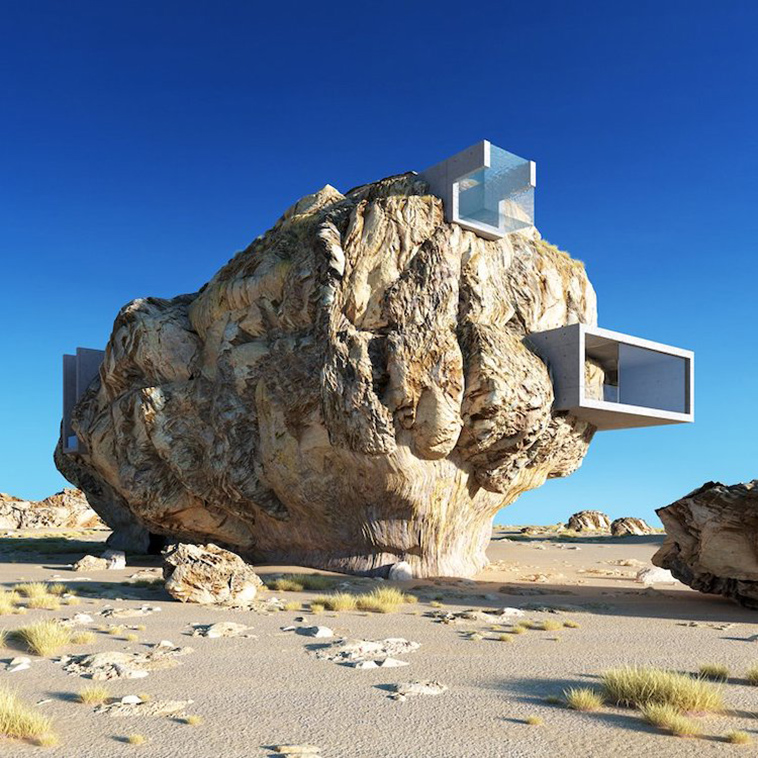 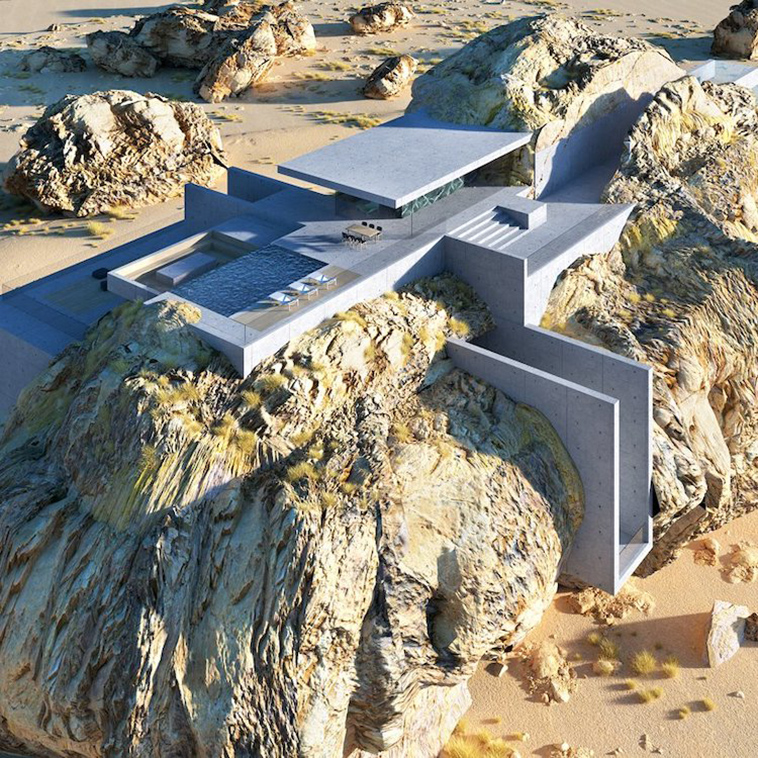