The Azorean Hood (in Portuguese, ‘Capote e Capelo’) is a traditional local garment worn up until the 1930s. While the large cape covers a woman’s figure, it allows only a glimpse of her face. The true origin of this little dark and mysterious garment isn’t known for certain.

The “Capote” was basically a round cape that reached to the feet; the “Capelo” was the broadhead covering, supported by a bow, made of whalebone, and a hemp lining, which ensured its shape and consistency. 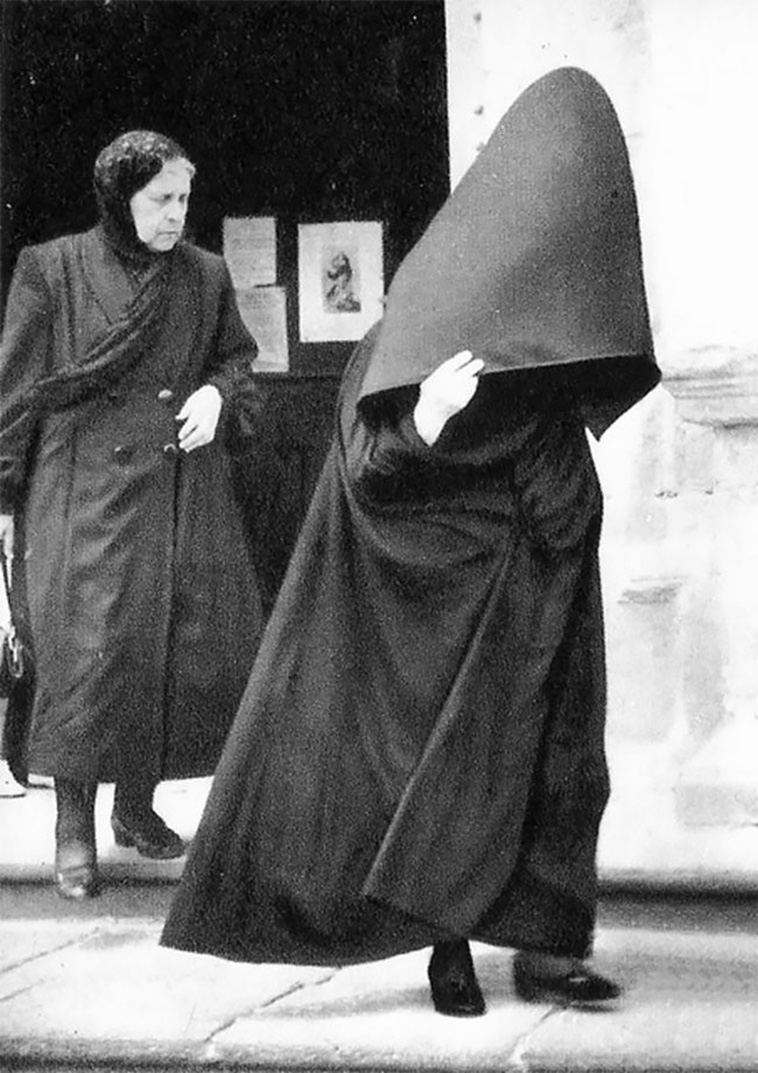 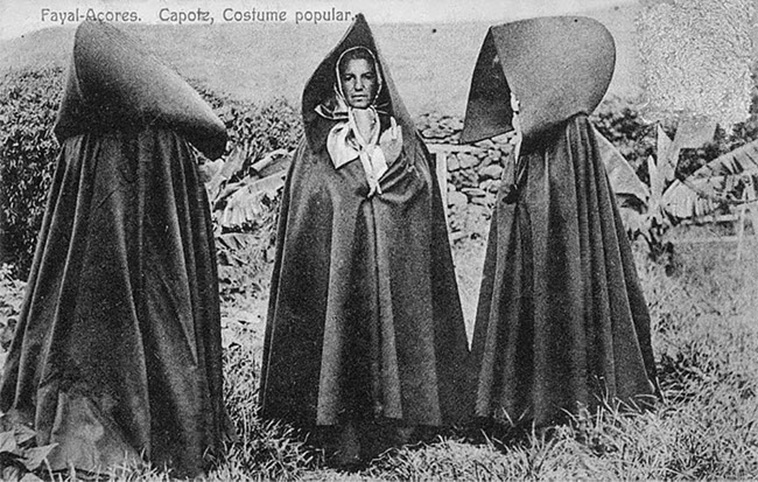 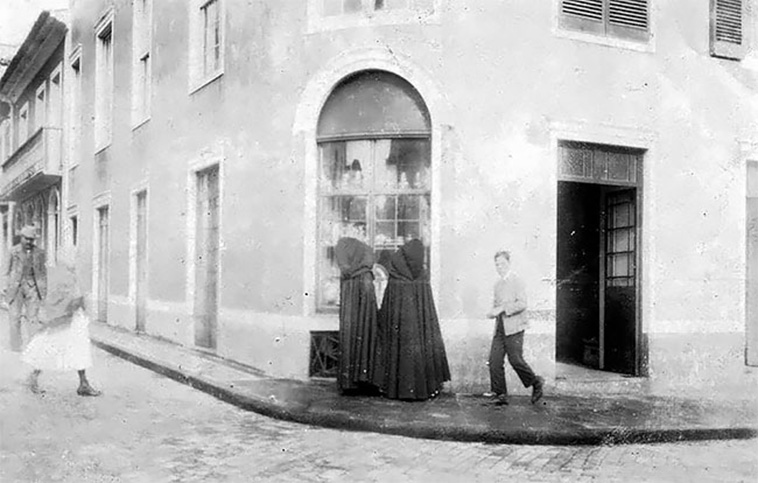 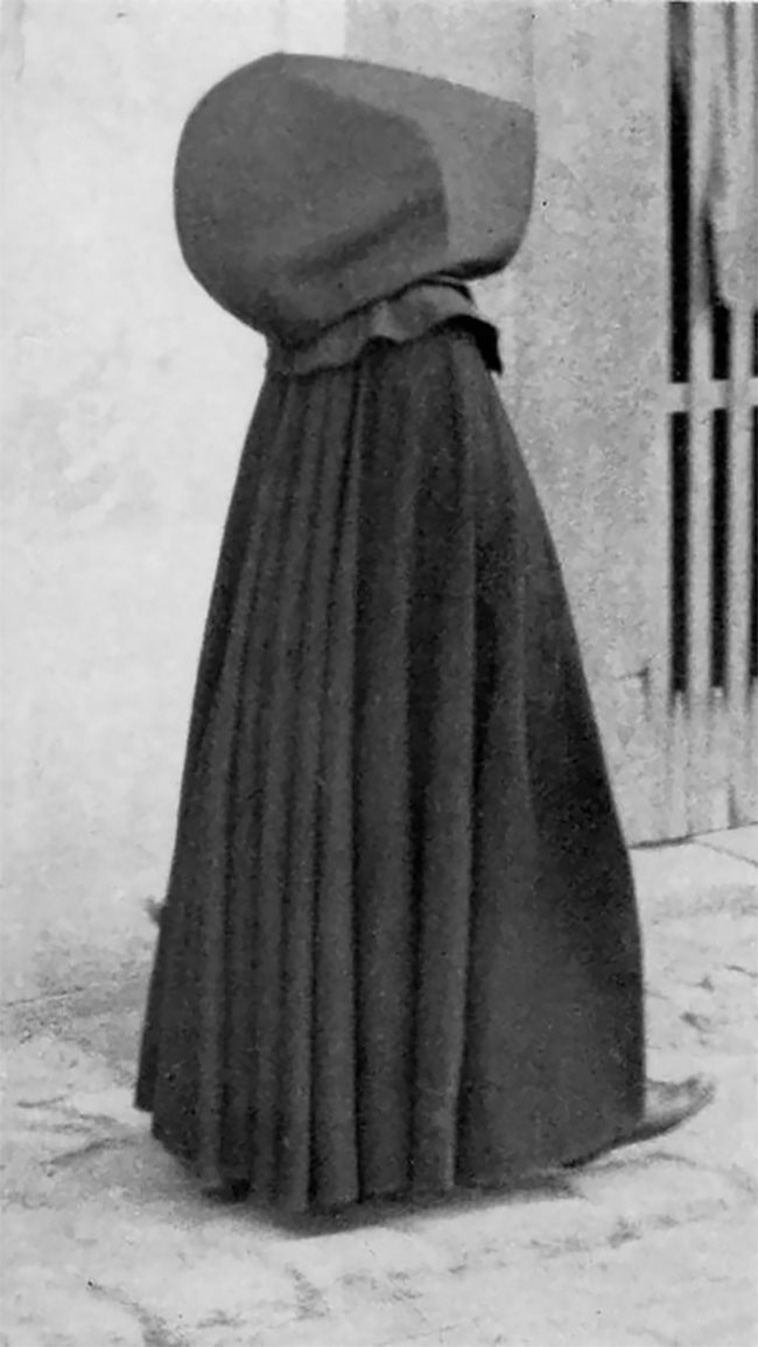 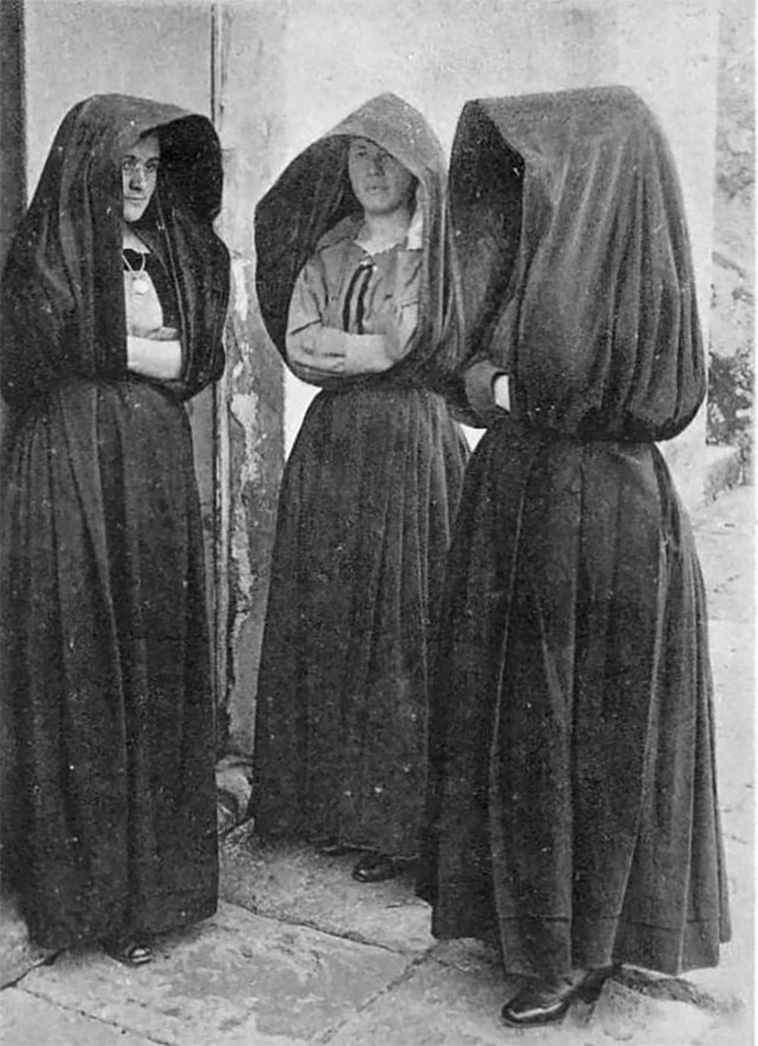 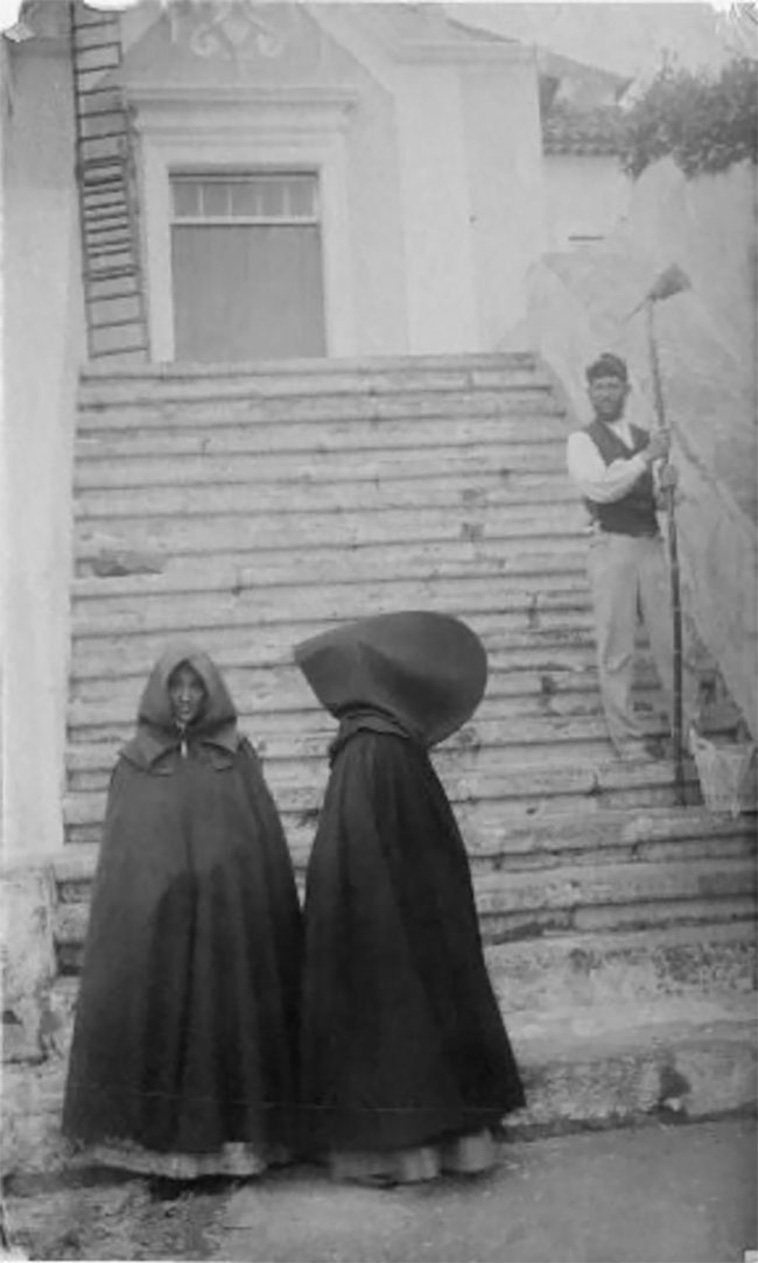 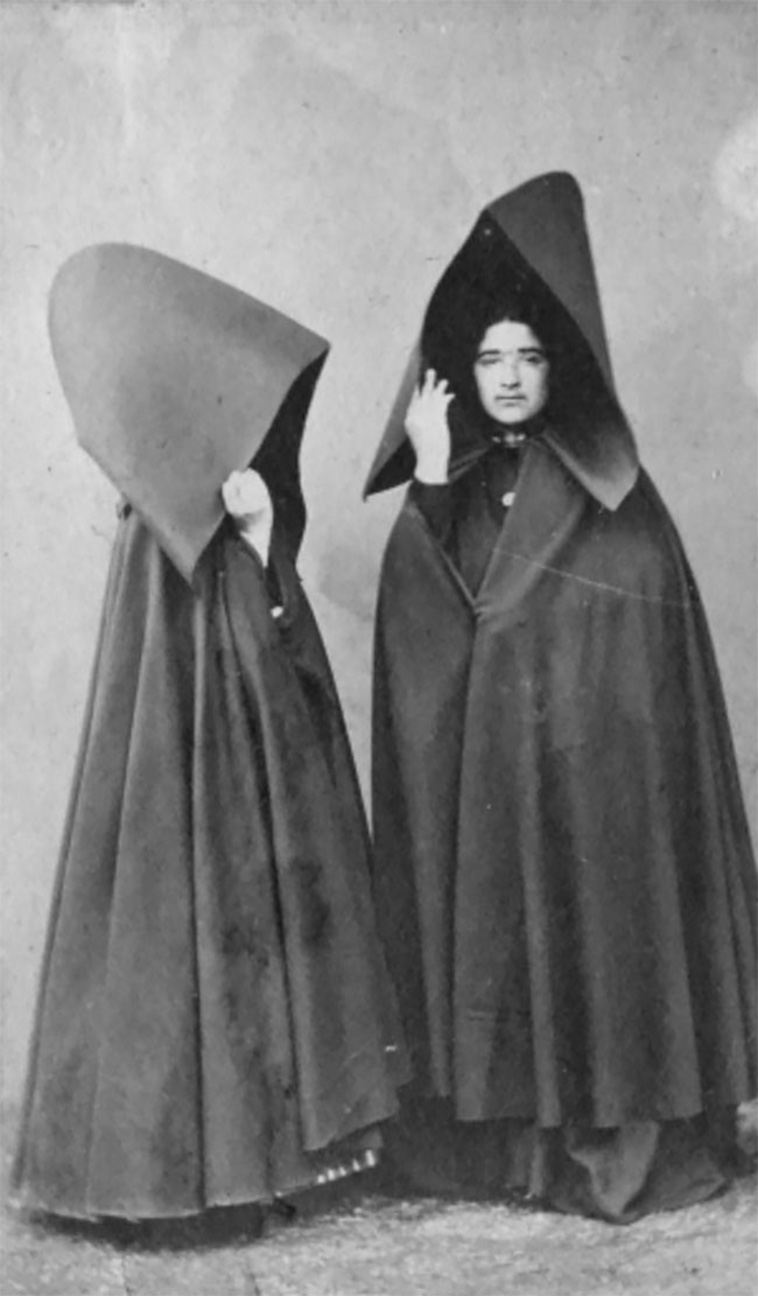 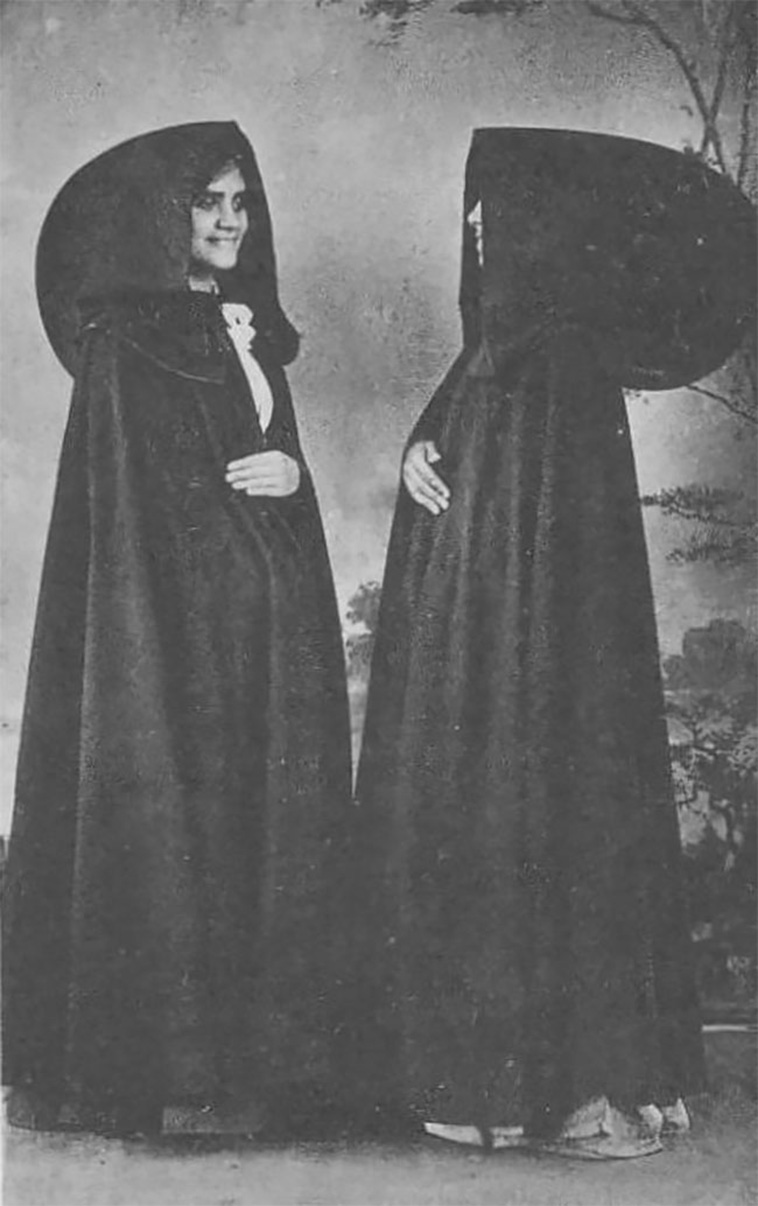 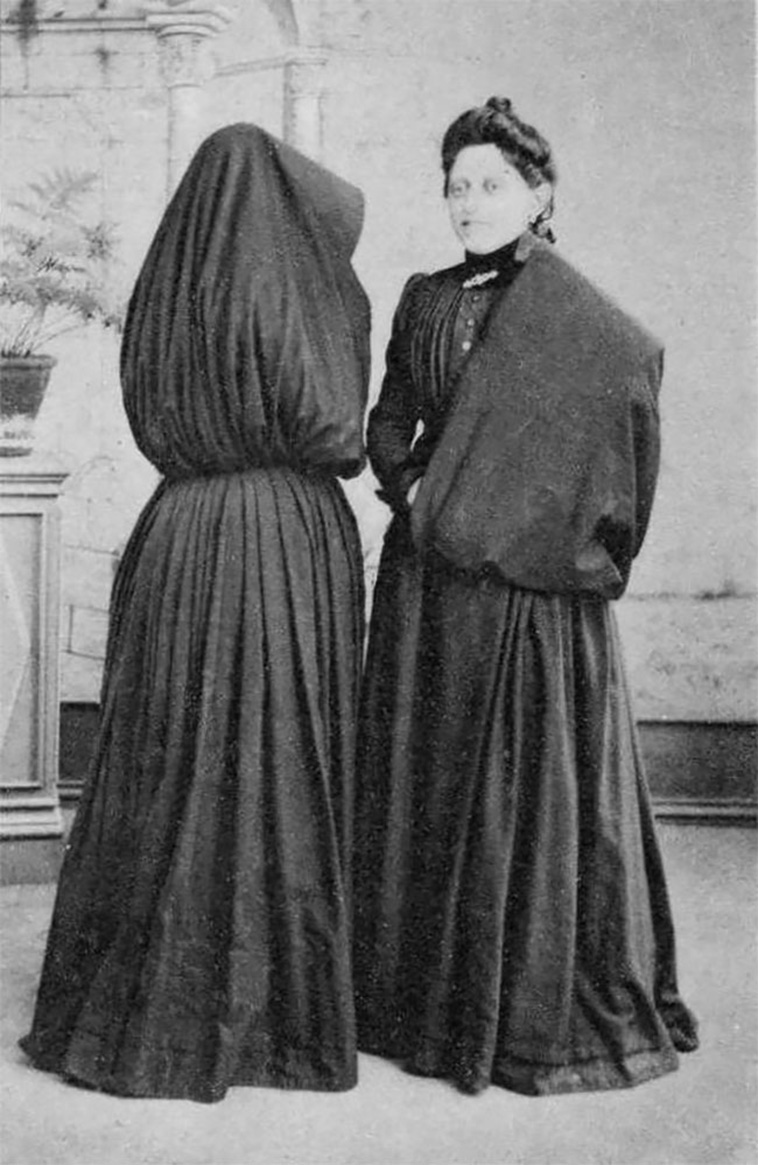 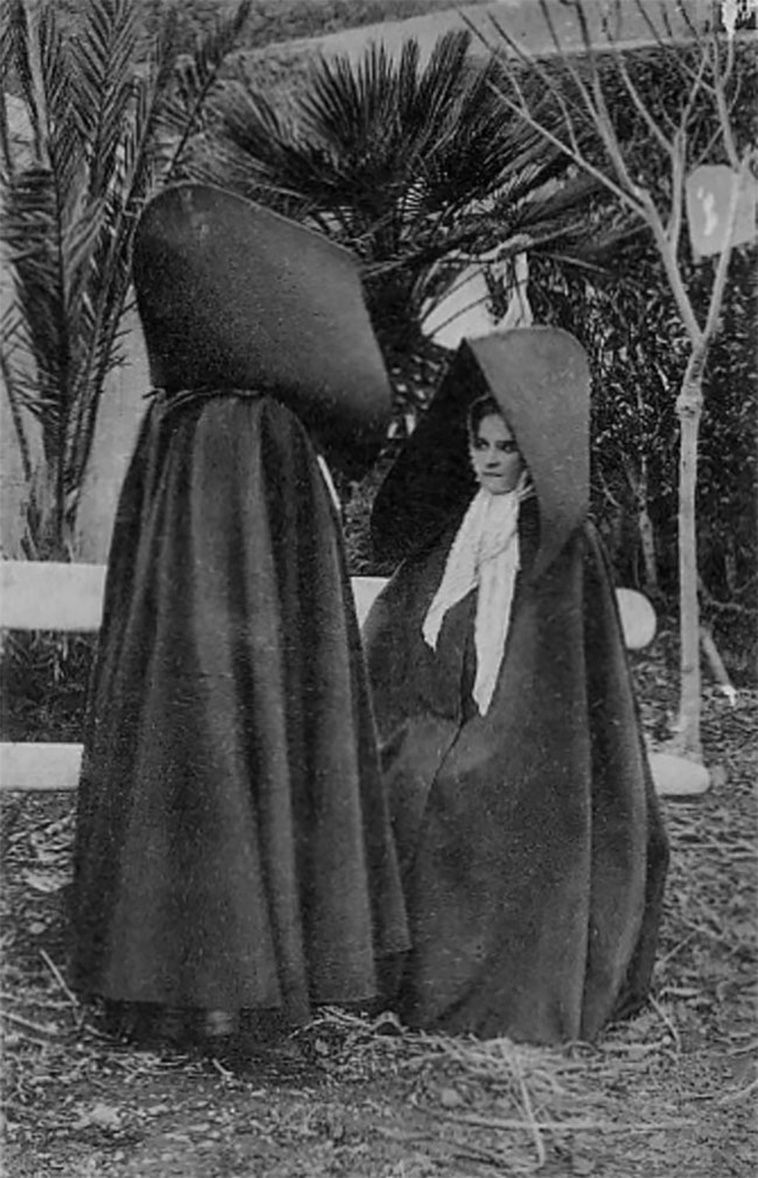 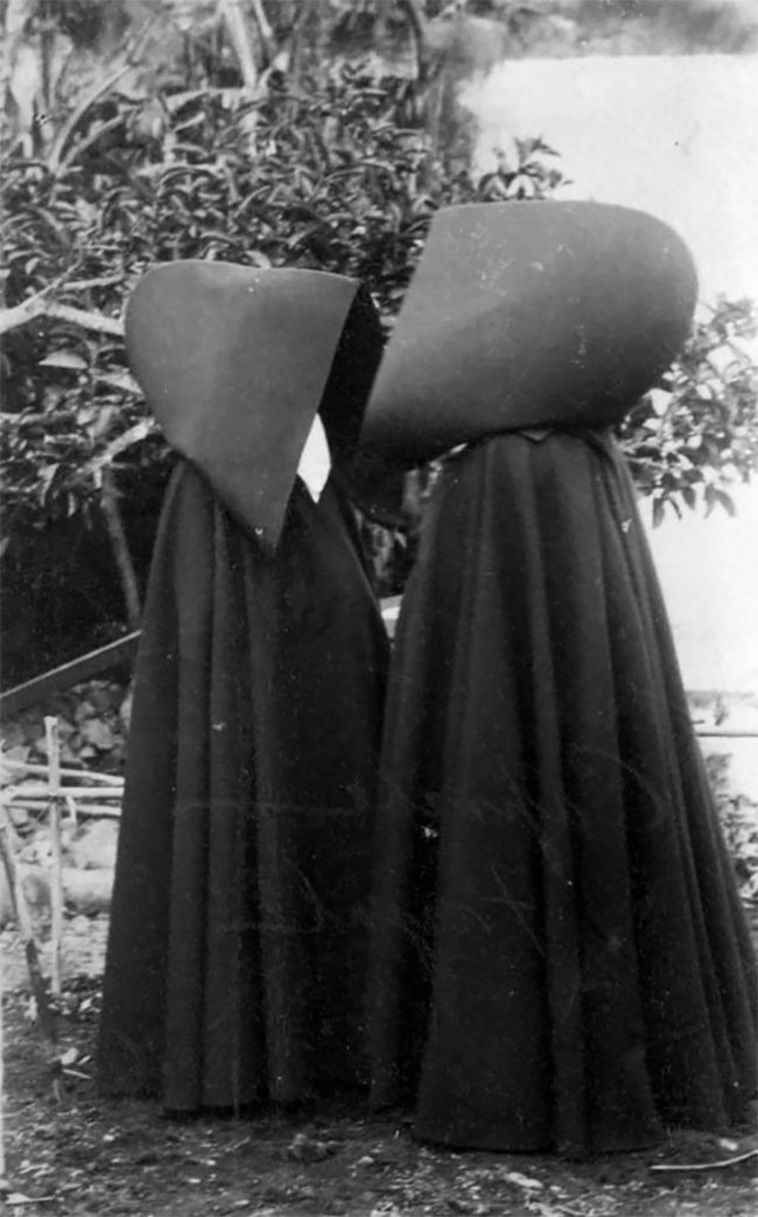 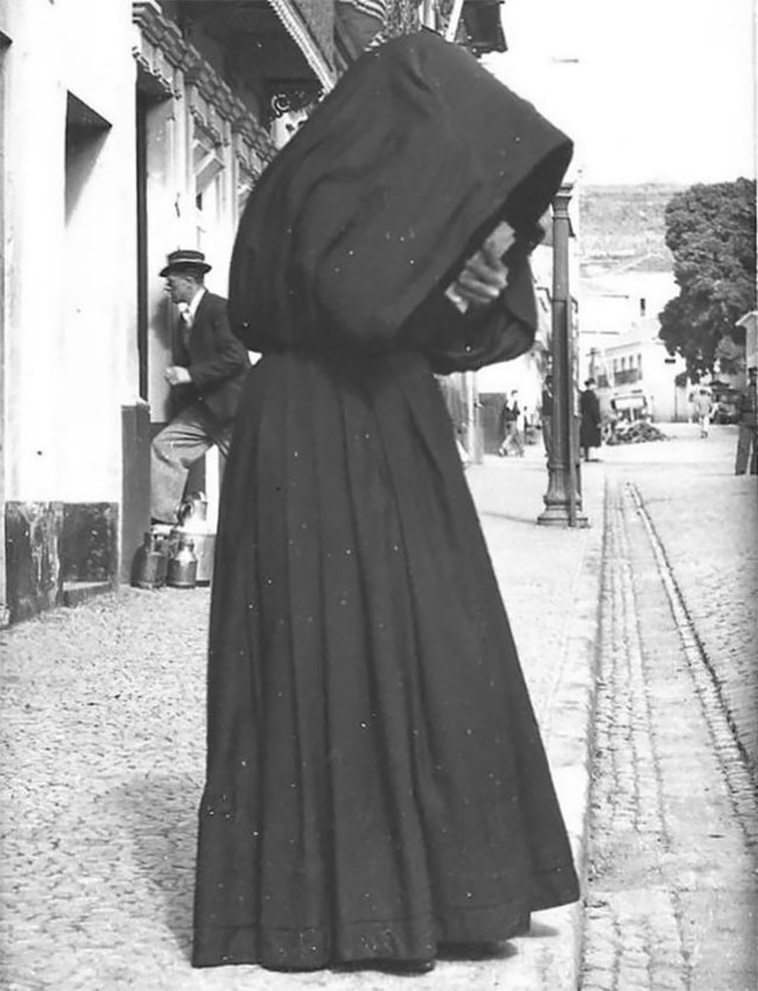