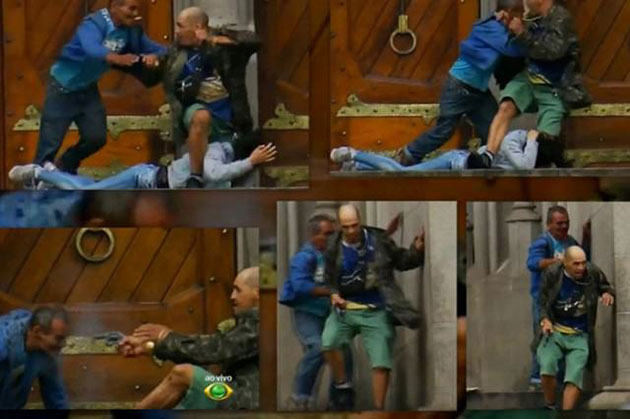 A woman survived being held hostage from a crazed gunman after the attacker was tackled by a 61 year homeless man, who was shot in the ensuing struggle, losing his life for his act of bravery. The incident occurred in Brazil, where the harrowing footage was captured on camera. The woman was being held hostage at gunpoint on the steps of the famed Sao Paulo Cathedral in Brazil by the armed man, later identified as 49 year old Luiz Antonio da Silva. Francisco Erasmo Rodrigues de Lima, a homeless man from Sao Paulo, valiantly fought with Silva to save the woman from any harm, yet suffered two gunshot wounds to the chest in the process, causing him to die on the scene.
Police shot Silva not long after the scuffle, and it has come to light that the assailant has a long history of criminal activity, having been sentenced to 22 years in jail for theft and causing bodily harm. Francisco’s selfless sacrifice has not gone unnoticed, as the video went viral and calls for him to be honoured with a proper burial. Discretion is advised when watching the video due to the nature of the content.

A video of the shooting is below. [DISTURBING CONTENT].