For over two decades, photographer Mogens Trolle has captured stunning wildlife photos on all seven continents. Trained as a zoologist and wildlife biologist, he specializes in mammals and uses his knowledge of them—as well his keen eye—to capture each creature’s unique personality. His photographs, especially those of monkeys, showcase micro-expressions that look like the kind we’re used to seeing on other humans.

Hilarious close-up portraits of some of the world’s most unusual primates show their uncanny resemblance to humans.

A black crested macaque getting ready to get some fun out of life. These charming and smart monkey species greet by smiling. Sulawesi, Indonesia. 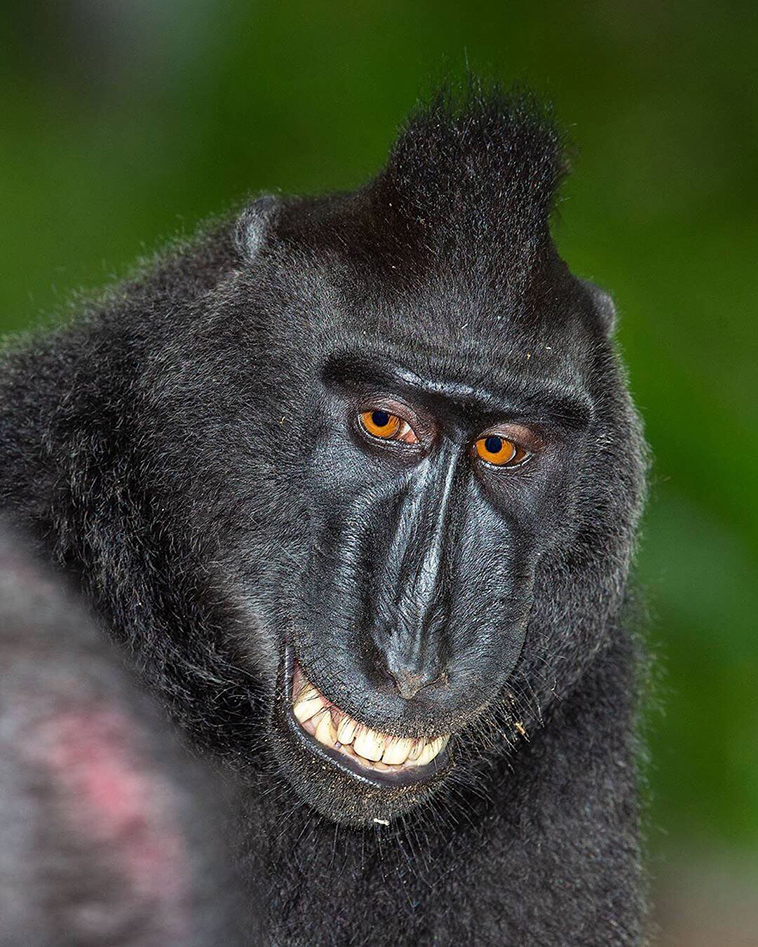 Proboscis monkey bachelor with a perfectly peaceful expression on his face. The pale eyelids are believed to serve the purpose of cheating enemies to think the monkey has open eyes. Borneo. 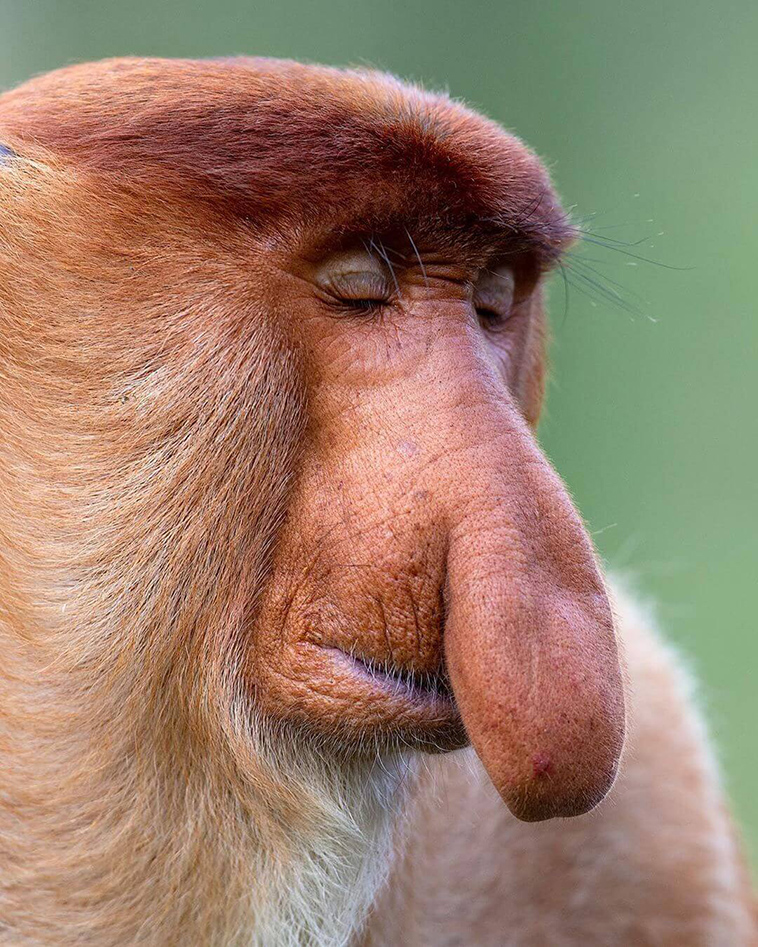 The rare red-shanked douc of Vietnam, one of the world’s most colorful monkeys, with closed eyes showing its light blue eye shadow. 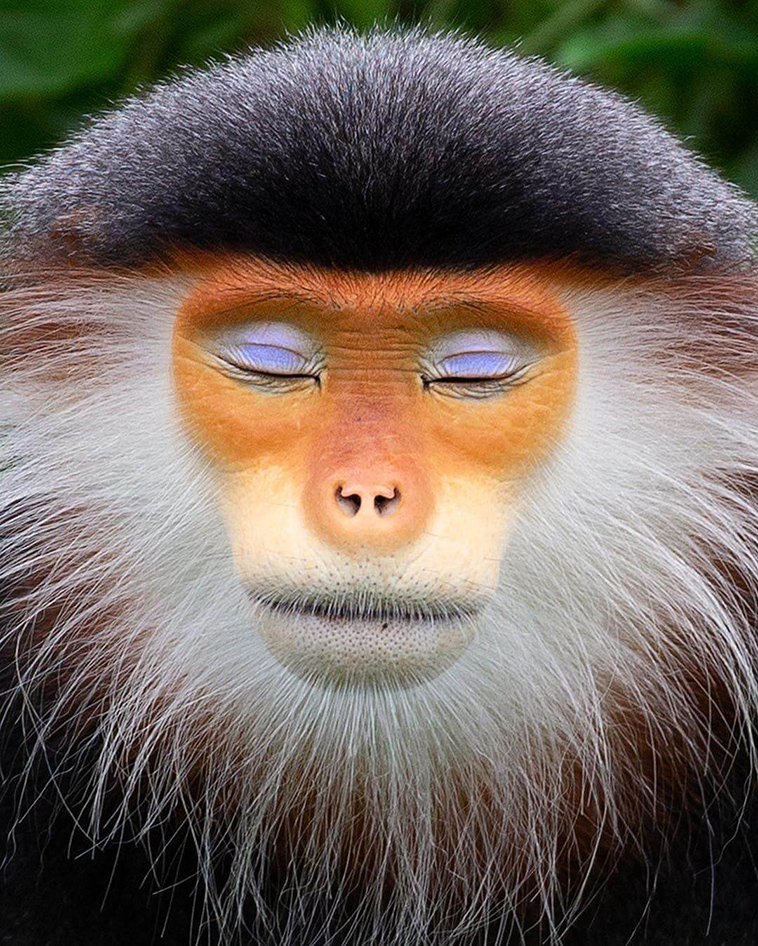 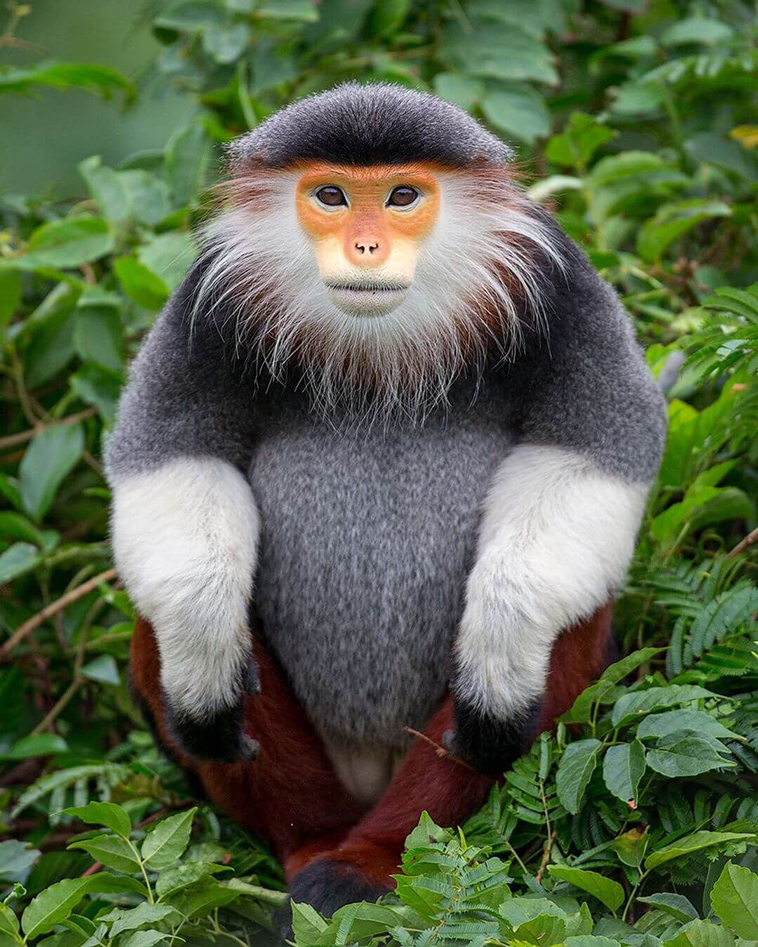 Mandrill in the mood

“Several times during the almost half an hour he sat in front of me he would make this curious facial expression, a crooked smile and twisting the tongue. Normally you would think of showing teeth as a threat, but a mandrill researcher has told me that this particular display is meant to show friendly intentions. He definitely did appear friendly. From the wild in Gabon.” 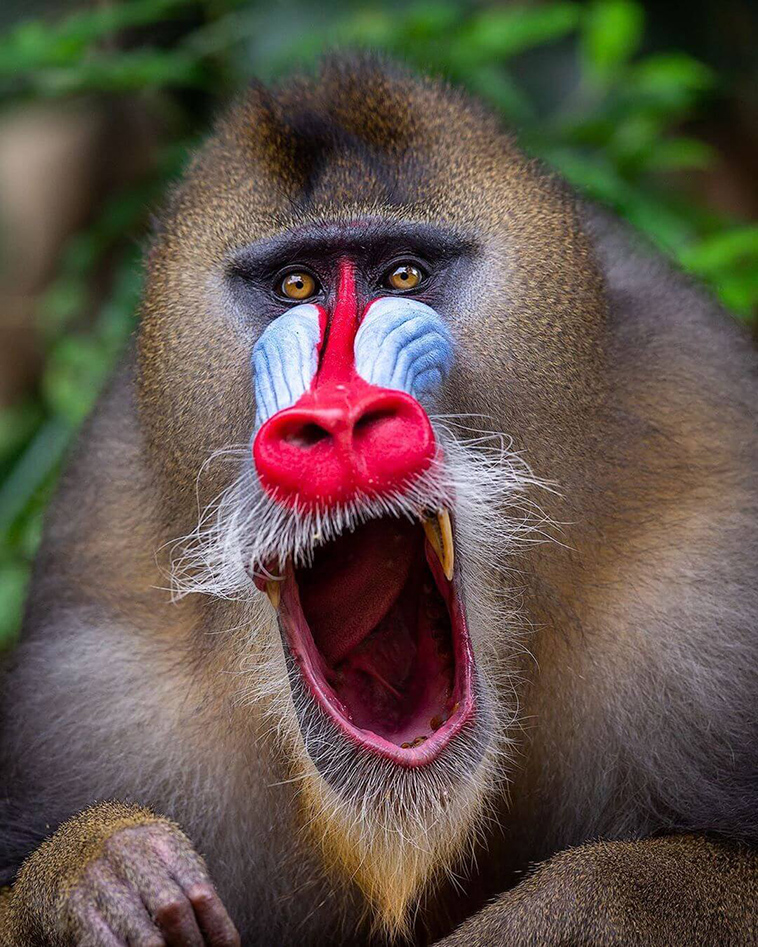 Eye to eye with a young snow monkey in snowy weather 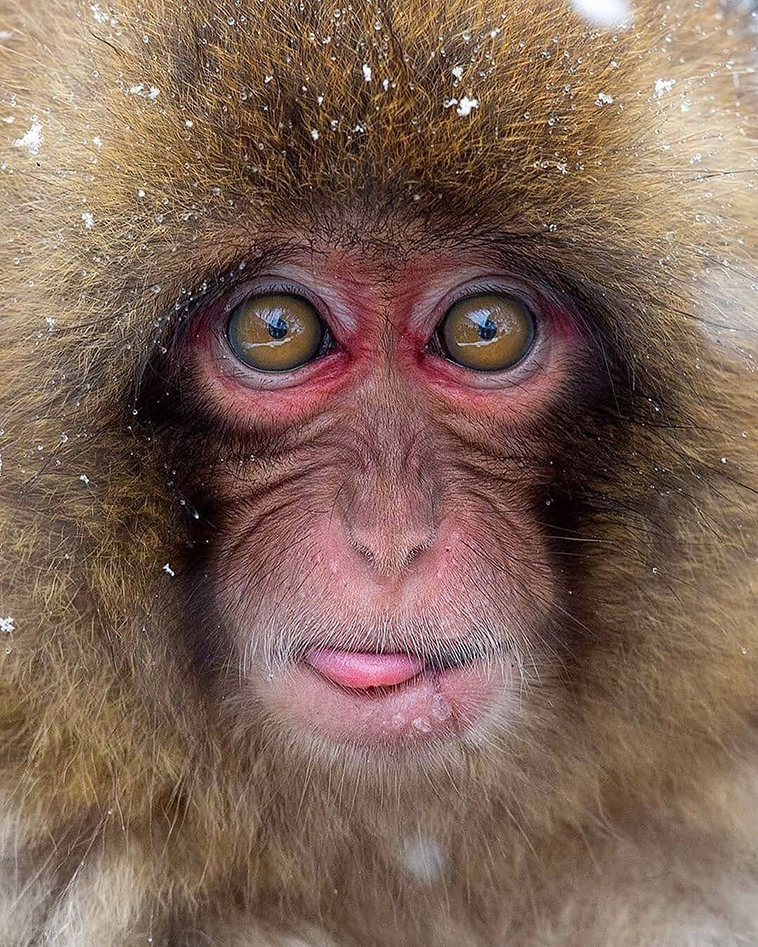 Black-crested macaque male showing teeth. Despite the impressive canines the monkey feeds mostly on fruits and invertebrates. It lives in troops that can grow to more than 100 individuals. Sulawesi, Indonesia. 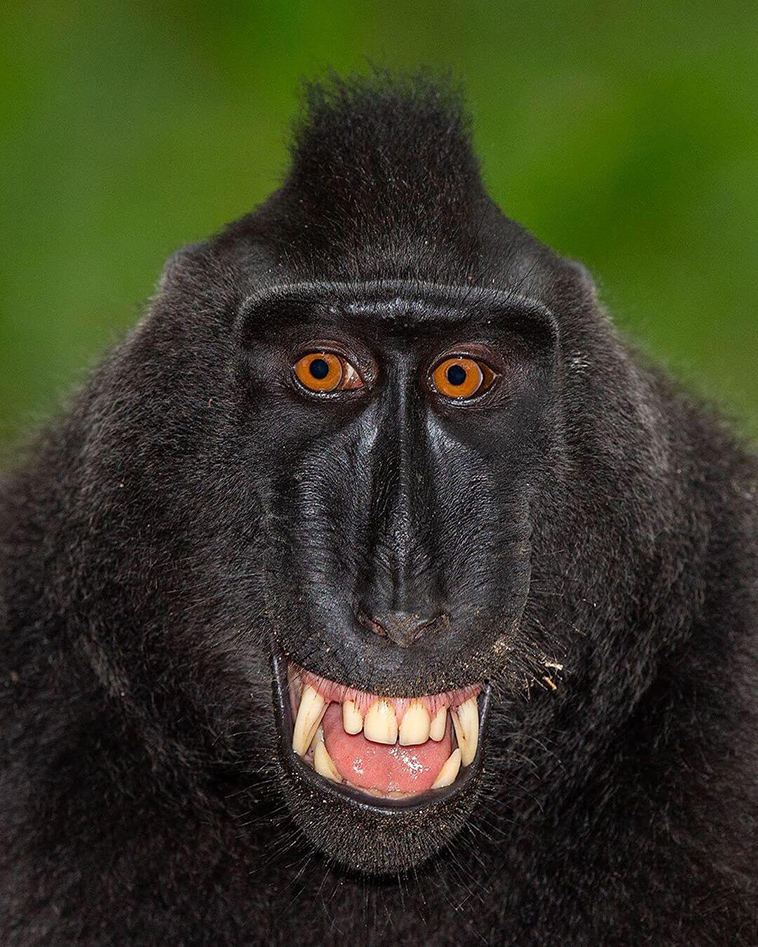 The golden snub-nosed monkey from the mountains of Western China is one of the monkeys in the world that live in the socially most advanced societies. They congregate in troops of up to more than 400 strong and each member knows many of the other individuals. This takes a lot of brainpower – the golden monkey has the biggest brain of all the colobine monkeys – plus spending many hours watching each other. Like this young male is doing, sticking his tongue out and having a focused look on his face. Qinling Mountains, Shaanxi. 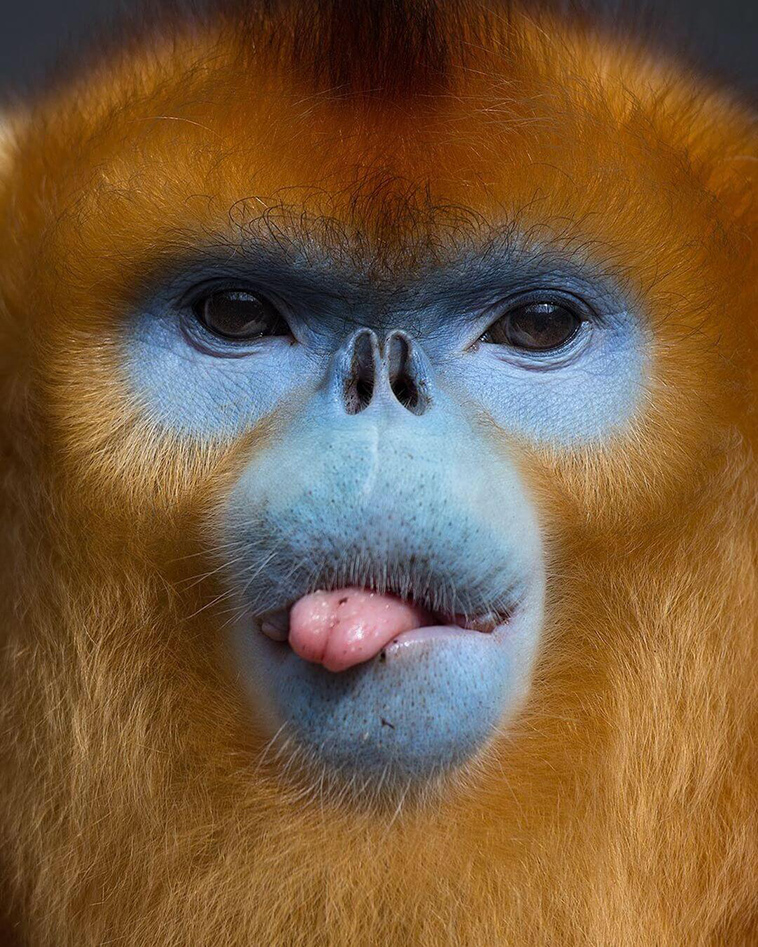 THE MARK OF POWER

Gelada male with its characteristic hourglass-shaped chest mark that is bright red in alpha males like this one and pink in bachelors. Red is the color symbolizing power. Simien Mountains National Park, Ethiopia. 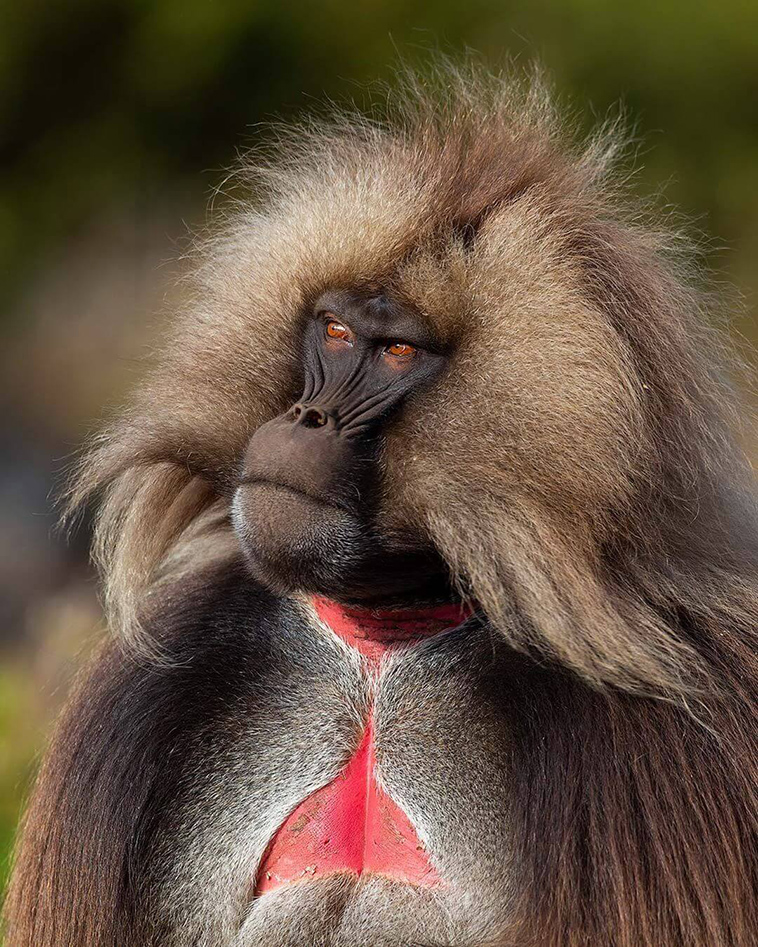 Only one monkey troop in the world frequents a hot spring, the one at Jigokudani in the cold mountains of Japan. Here two mothers and their young. Dominant females spend more time at the spa than subordinate females, so getting to use the thermal pool is a privilege. Infants of dominant females get to bath more than children of females further down the social ladder. Males that migrate into the Jigokudani troop as adults never acquire the habit of bathing in the hot spring. It is a habit you only learn as a kid. 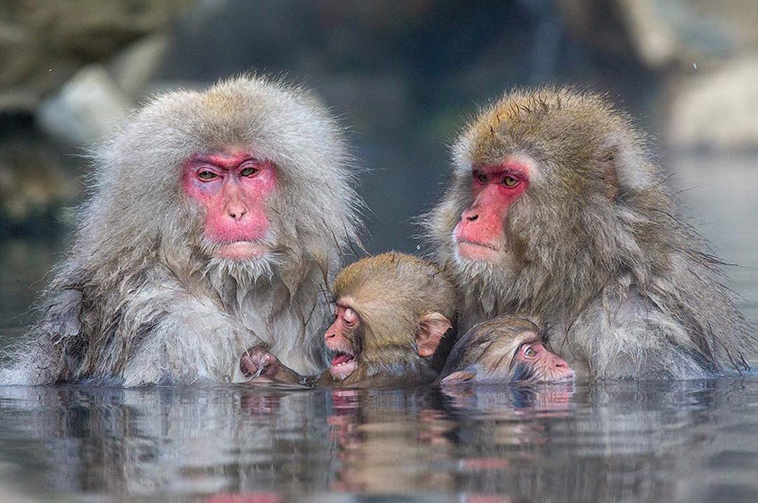 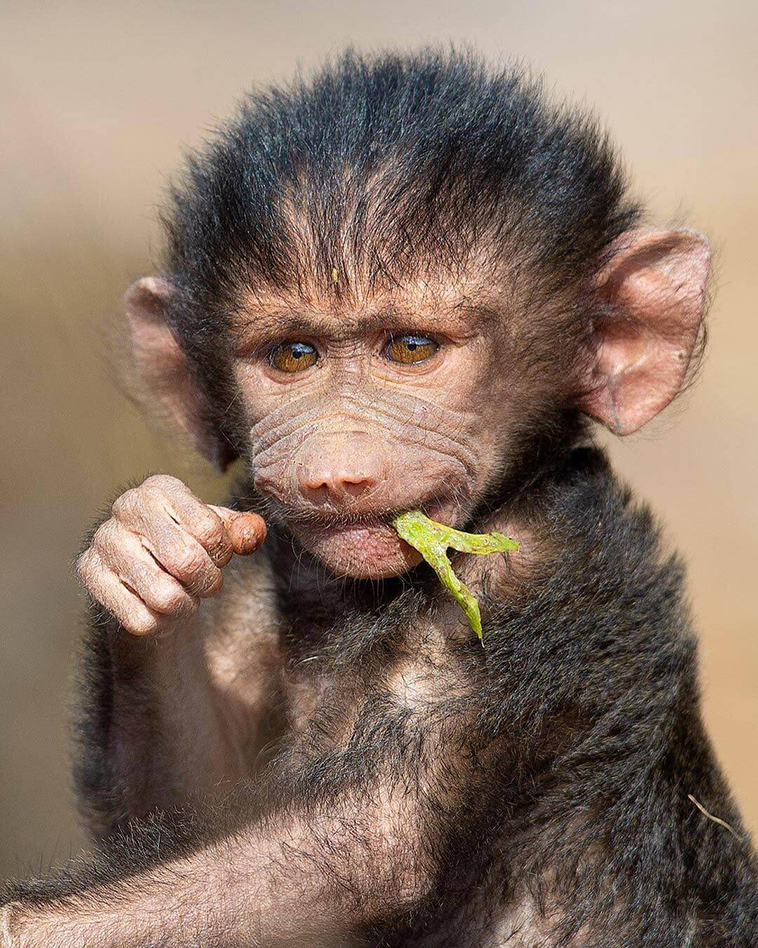 The Good, the Bad and the Mischievous 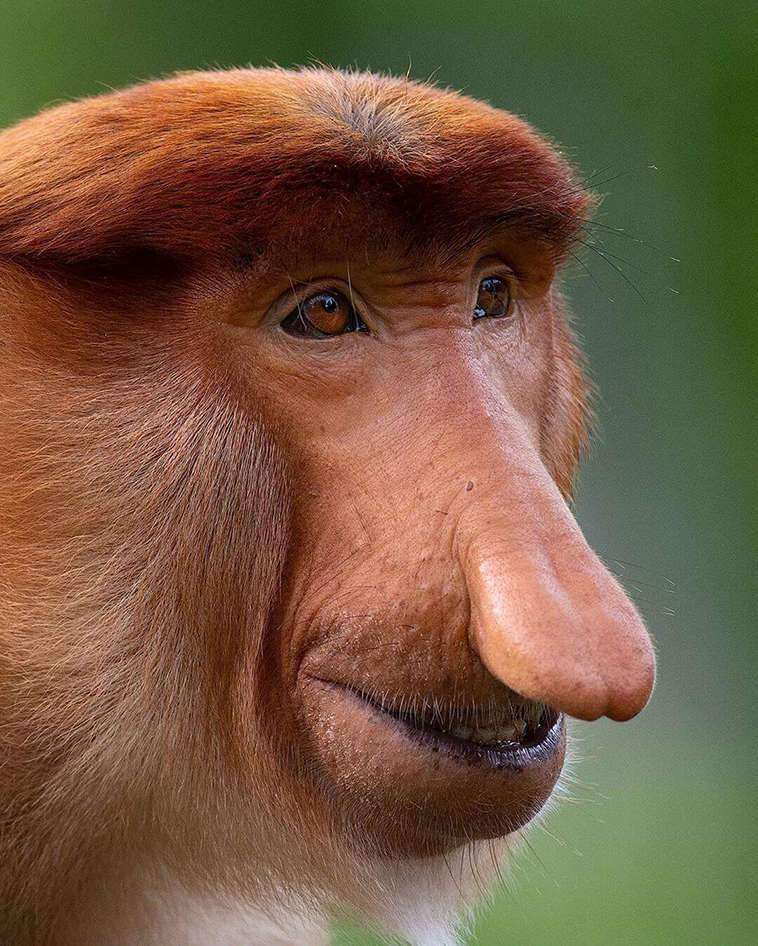 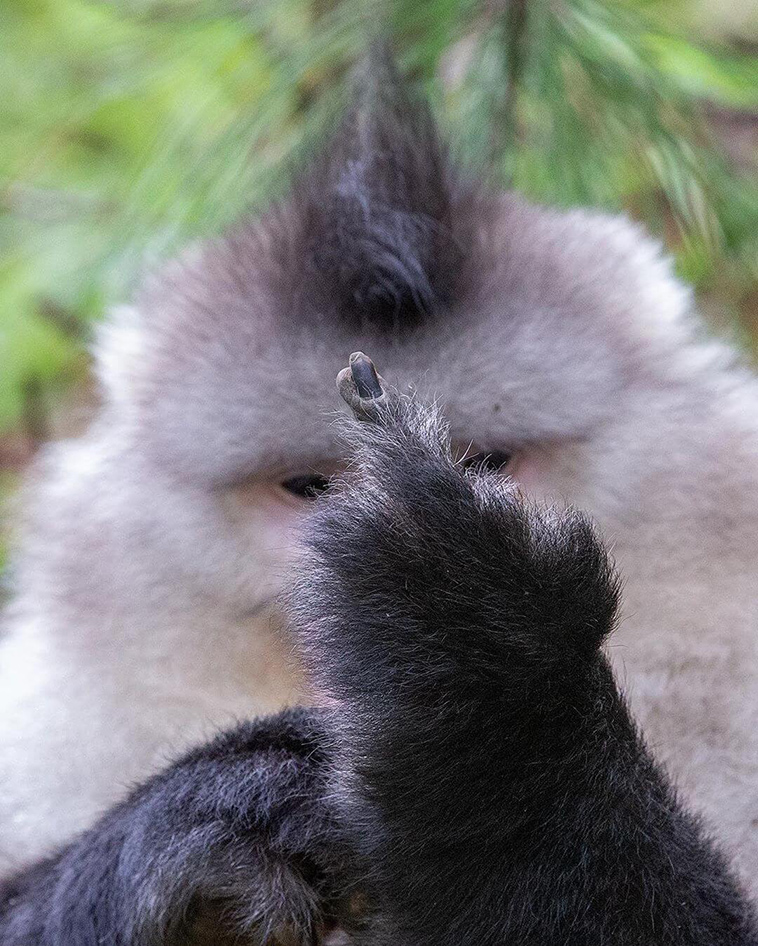 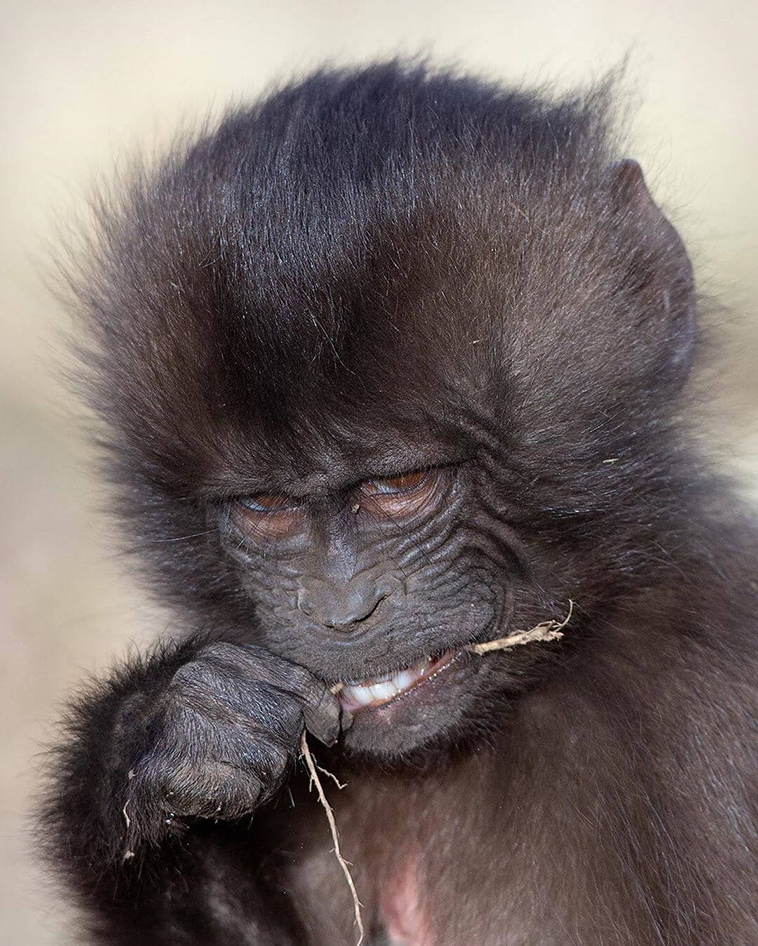 “Four-months old Yunnan snub-nosed monkey, the highest-dwelling monkey species in the world. It lives in the mountains in up to 4,700 meters where the average temperature is below zero for four months of the year and where the thick-furred creature can be seen walking through the snow. Baima Snow Mountain National Nature Reserve, Yunnan, China.” 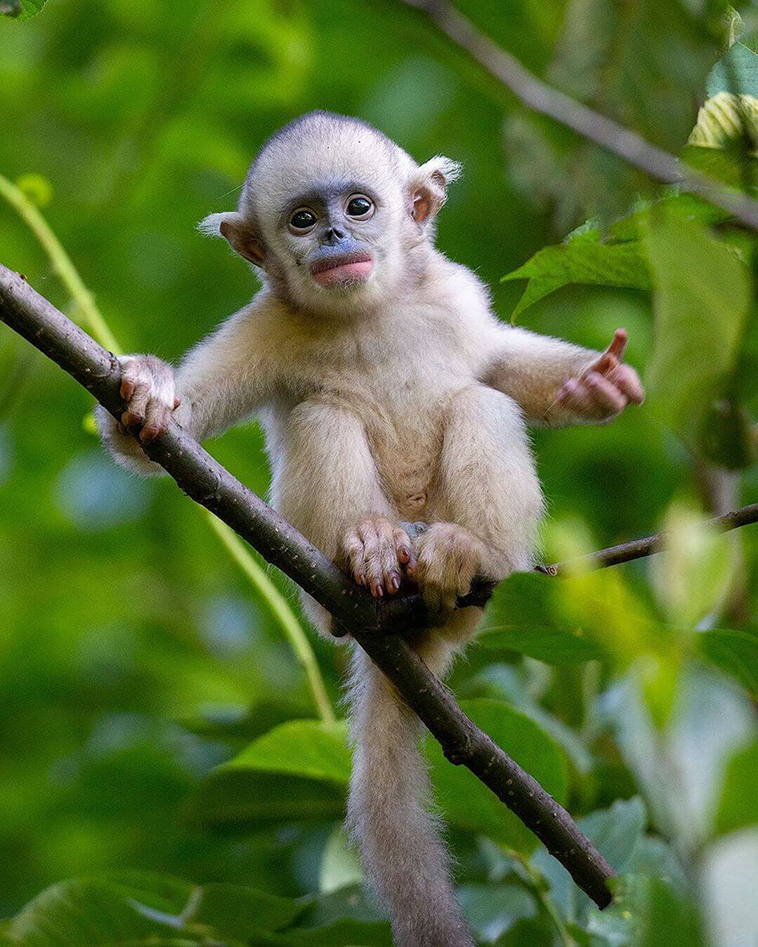