Nicknamed as The Great Wave or The Wave, The Great Wave off Kanagawa is all set to be displayed in the British Museum, London after a span of six years. Starting from May 25th to August 13th, the exhibition is hosted as a tribute to Hokusai and his work. Several other prints of the artist that were off public view since 2011 will now return back for display.

The image of the floating world movement, also known as ukiyo-e was not under public display owing to the sensibility to light. It was presumed to be printed in 1831 as the name carries Edo era, which was the name of Tokyo back then. Some of the most fragile paintings ever will be displayed in the exhibition alongside The Wave and the works will be changed sometime between 3rd June and 6th June so that there is no damage caused. 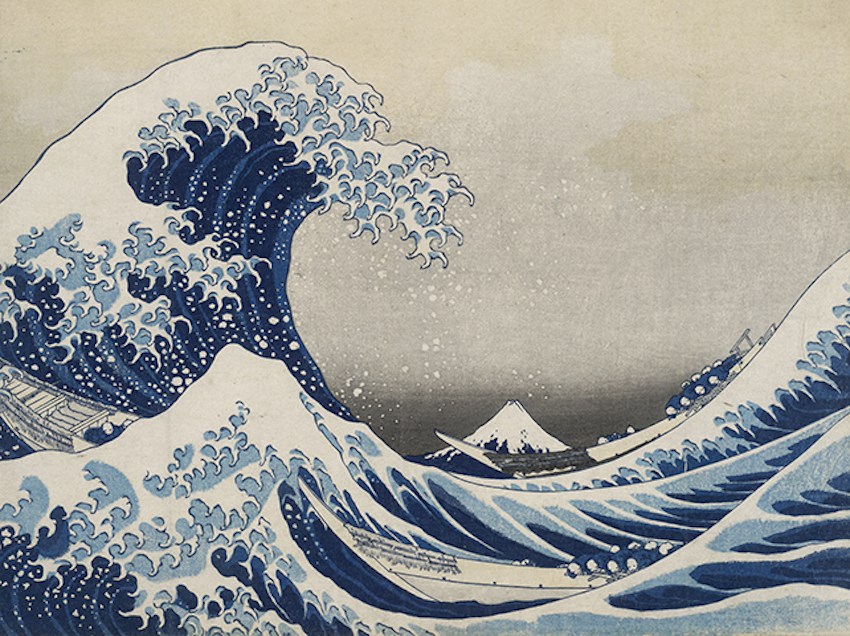 The Great Wave in pop culture

Since the past 185 years, the image of The Great Wave by Hokusai is known by everyone and it has gained a special place in pop culture. Levi’s the popular clothing brand, has also used the image for advertising a few decades back. If you take a closer look at the logo of Quicksilver, you will notice that it has a striking resemblance to The Great Wave and there is an emoji of the dame design available as well. When you closely observe, you will see that the photo has inspired several designs and tattoos.

In visual arts, the American Lin Onus is particularly inspired by The Great Wave’s adaptations. His most notable work must be the totally WTF painting of a a dog surfing the iconic wave. Philippe Teuwen has also imagined a tsunami on San Francisco’s Golden Gate. The possibilities are endless. 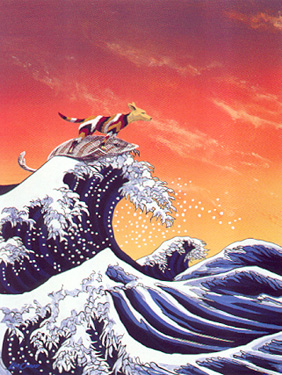