Loveable pup Storm has become an online hero after footage emerged of the dog rescuing a drowning baby deer.

The footage was recorded by Storm’s owner Mike Freeley, who was walking his dogs along the waterfront, after his pet jumped into the water upon seeing an unidentified animal struggling to stay afloat.

As you can see in the video, Storm wastes no time saving the poor baby deer, gently holding onto it by the neck as he brings him ashore. He remained by her side as she recovered on the shore waiting for animal rescue workers to come provide professional aid. 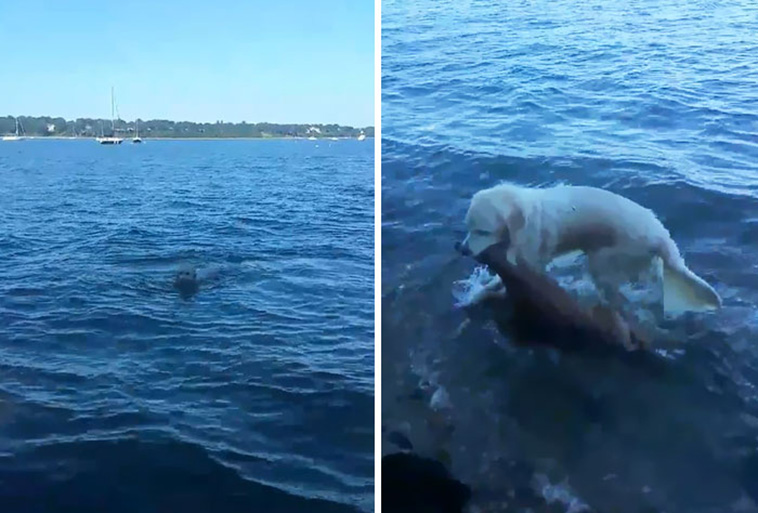 However, they workers had some issues of their own, with the confused and terrified deer running back into the water where she almost drowned again, this time be rescued by one of the staff from the Strong Island Animal Rescue.

The deer was transported for treatment and now is expected to make a full recovery thanks to the heroic efforts of Storm – now that is a good boy! 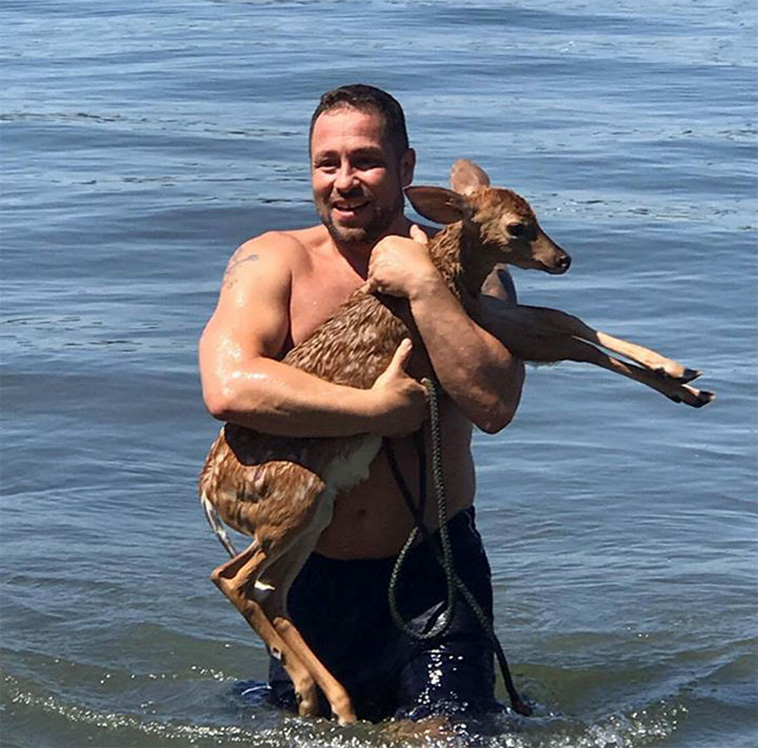 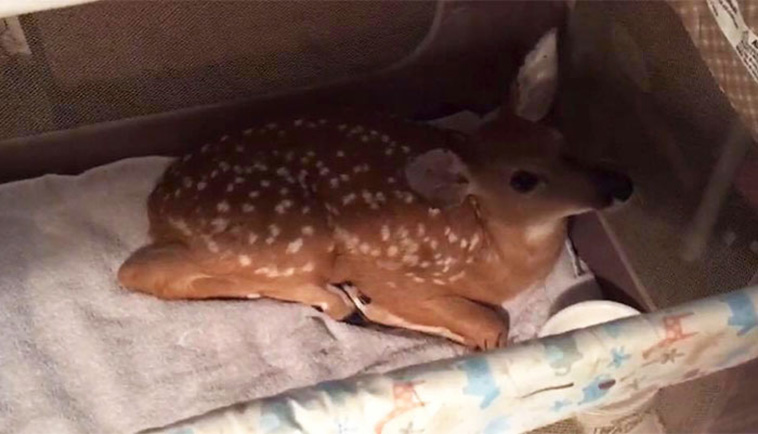