When a young girl was visiting the Indian Shores Beach close by to Tampa, Florida, she came across quite the surprise when wandering along the beach. 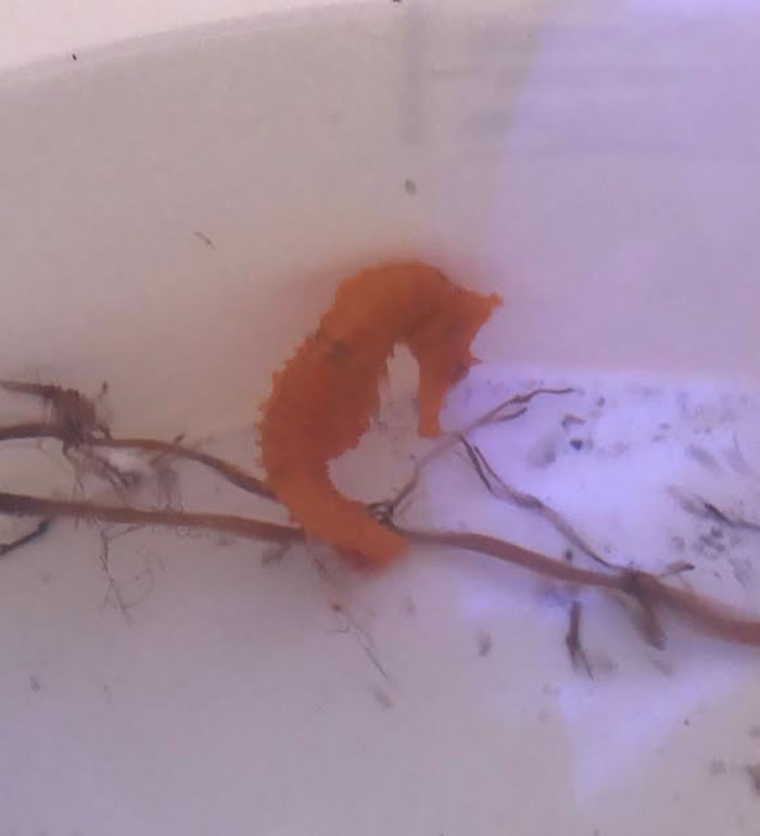 After seeing a bright orange object in the sand, she thought she had found a leftover Cheeto, but it turned out to be something completely different – a live seahorse! 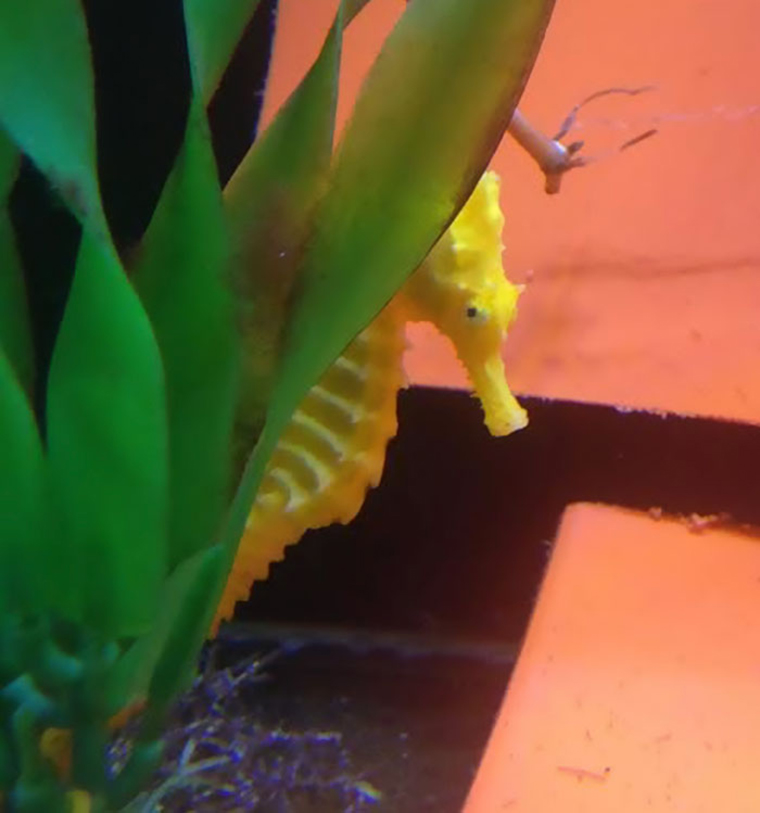 The poor seahorse had been stranded on the beach, presumably after being swept ashore or dropped by a hungry seagull, so the girl scooped it up into her sand bucket, adding some seawater to help keep it alive. 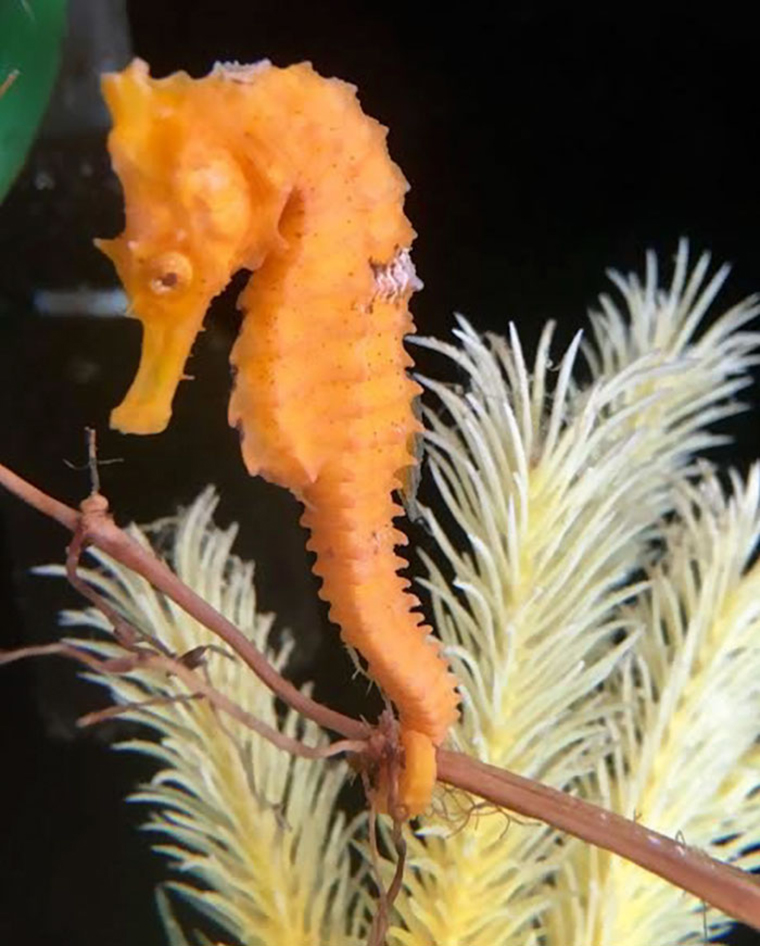 After showing her mother, the seahorse was taken to the Clearwater Marine Aquarium (CMA) where experts identified it as a female lined seahorse. 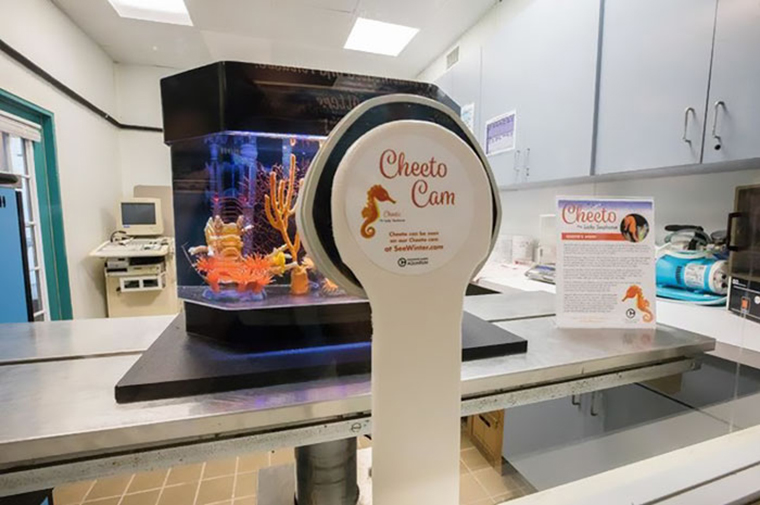 This type of seahorse changes it colours to match its environment, indicating that the little seahorse lived among vibrant red and orange sponges, resulting in the bright orange Cheeto colour when she was discovered. 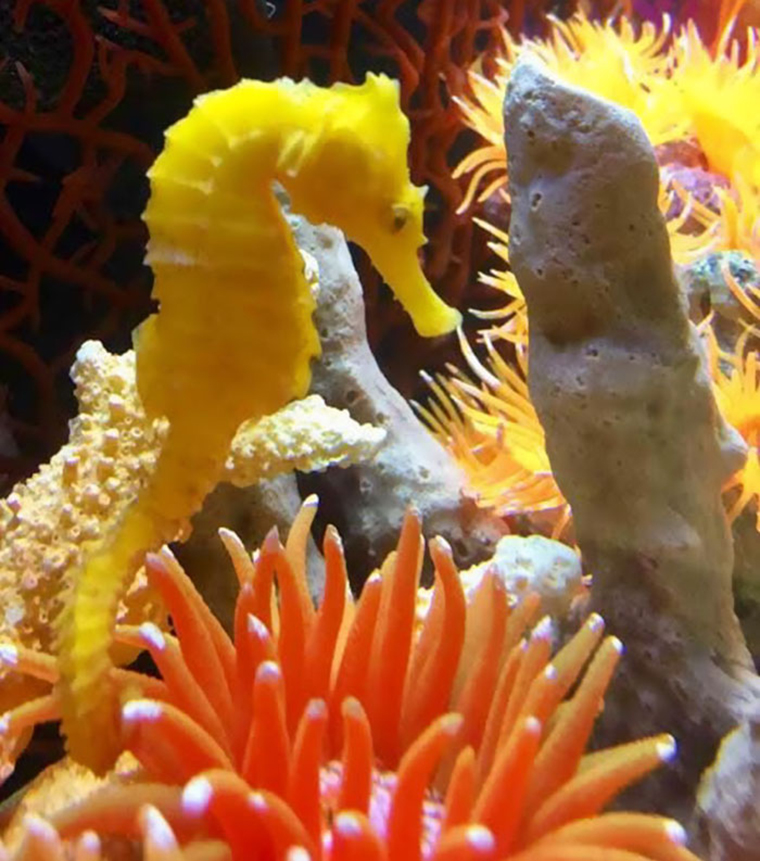 “The chances of surviving being dropped by a seagull in the sand are small,” Don Stansell, a marine biologist with CMA explains. “It’s amazing because all of the things happened at the exact right time and probably only in a two-minute window for her to have survived.” 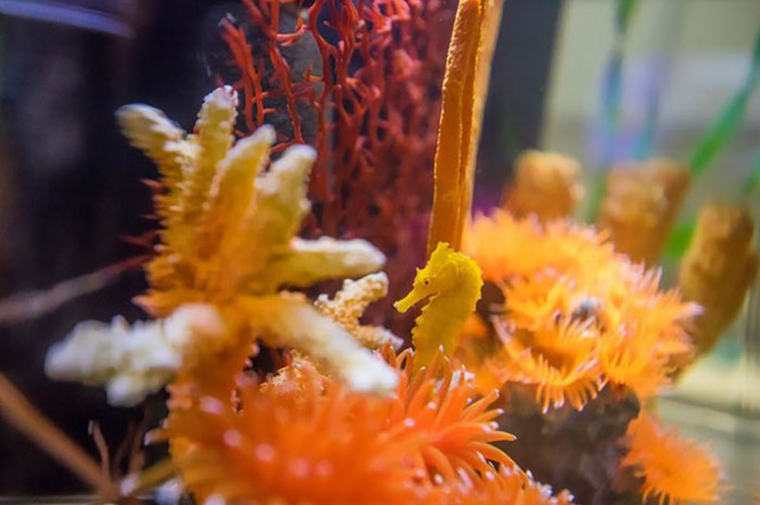 She eventually began to eat around a week after her rescue, and has since changed colours to a calmer yellow colour to reflect her new home in the aquarium. There was even a webcam setup by staff at the aquarium so others could view her recovery via livestream. 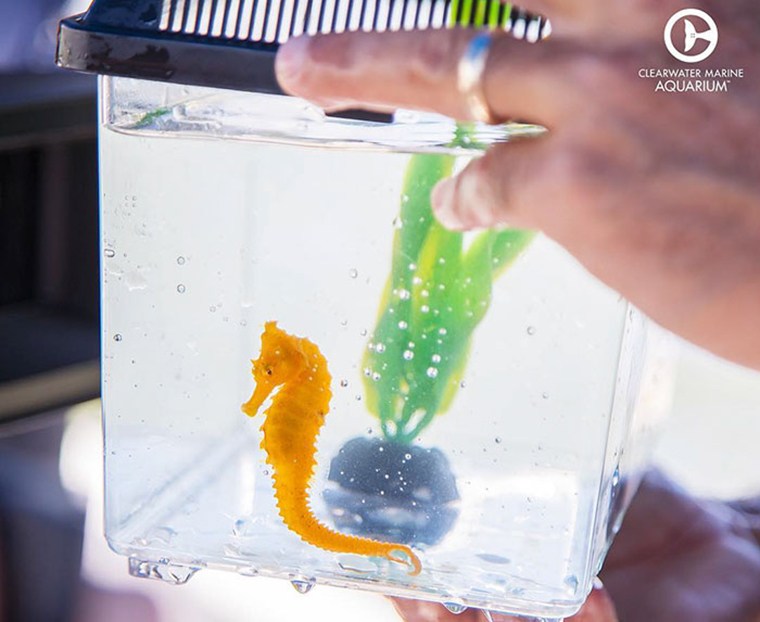 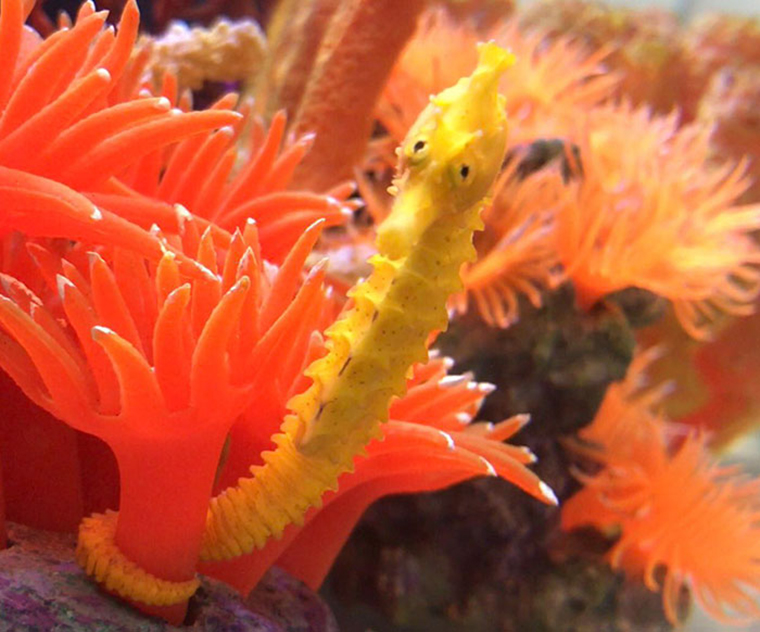 Posted by Clearwater Marine Aquarium on Saturday, May 6, 2017