Alfie Bradley is a sculptor who was working since the past two years on a 26-foot-tall sculpture in the UK, which he sculpted making use of the 100,000 knives that were donated. 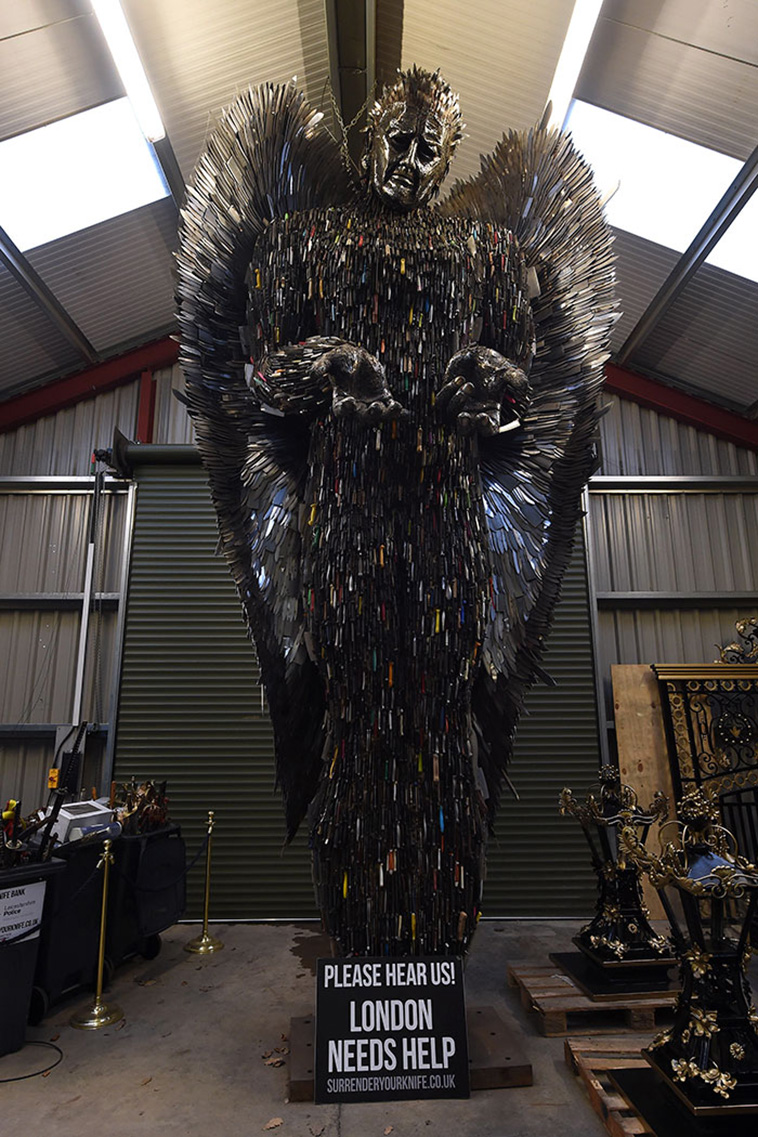 Although the statistics look impressive, it is a monument that is built in memory of the knife violence incidents in the United Kingdom and to create awareness regarding the problems related to knife related issues. 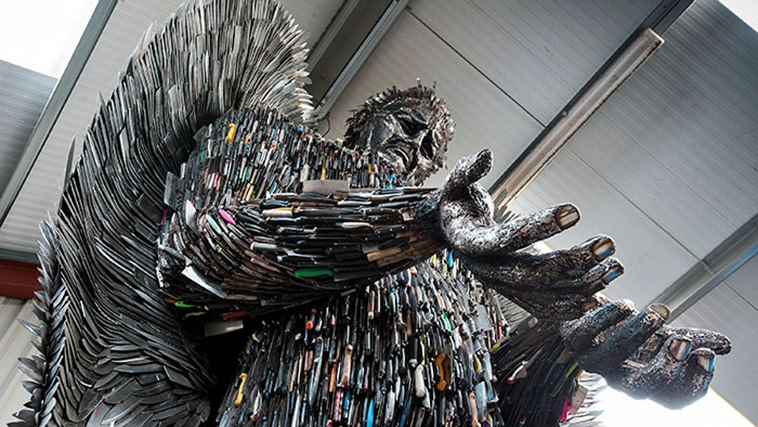 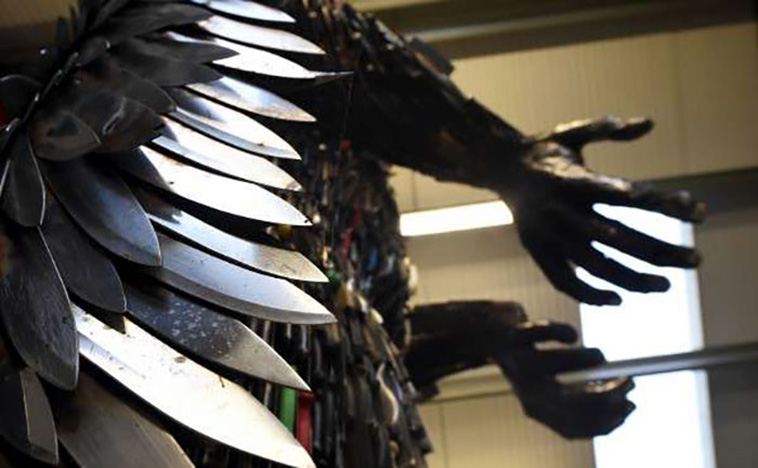 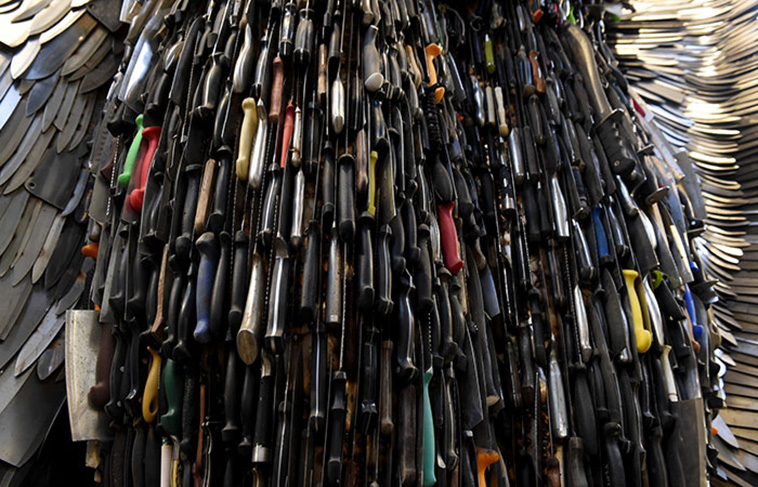 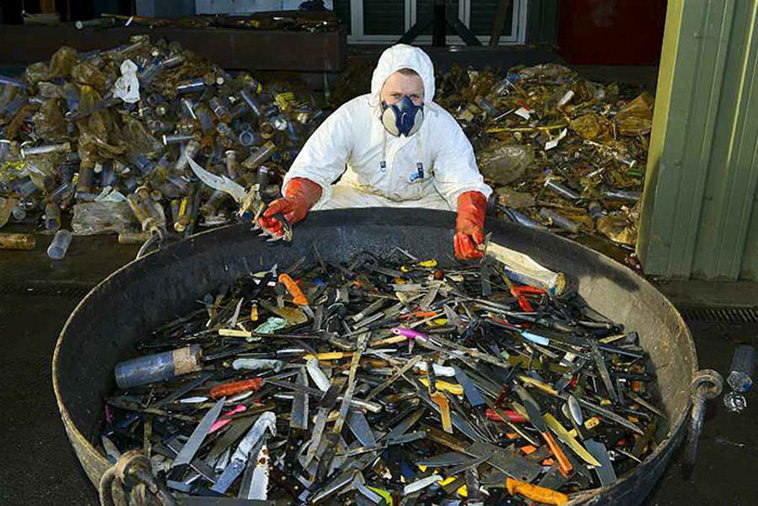 In some cases, the names of the victims were also engraved on the blades. The other knives were donated by British Ironwork Center in Shropshire, that came up with a program called ‘Save a Life, Surrender a Knife’ and many people donated their knives anonymously. He also blunted the knives to ensure that they would not be used for any damage in the future. 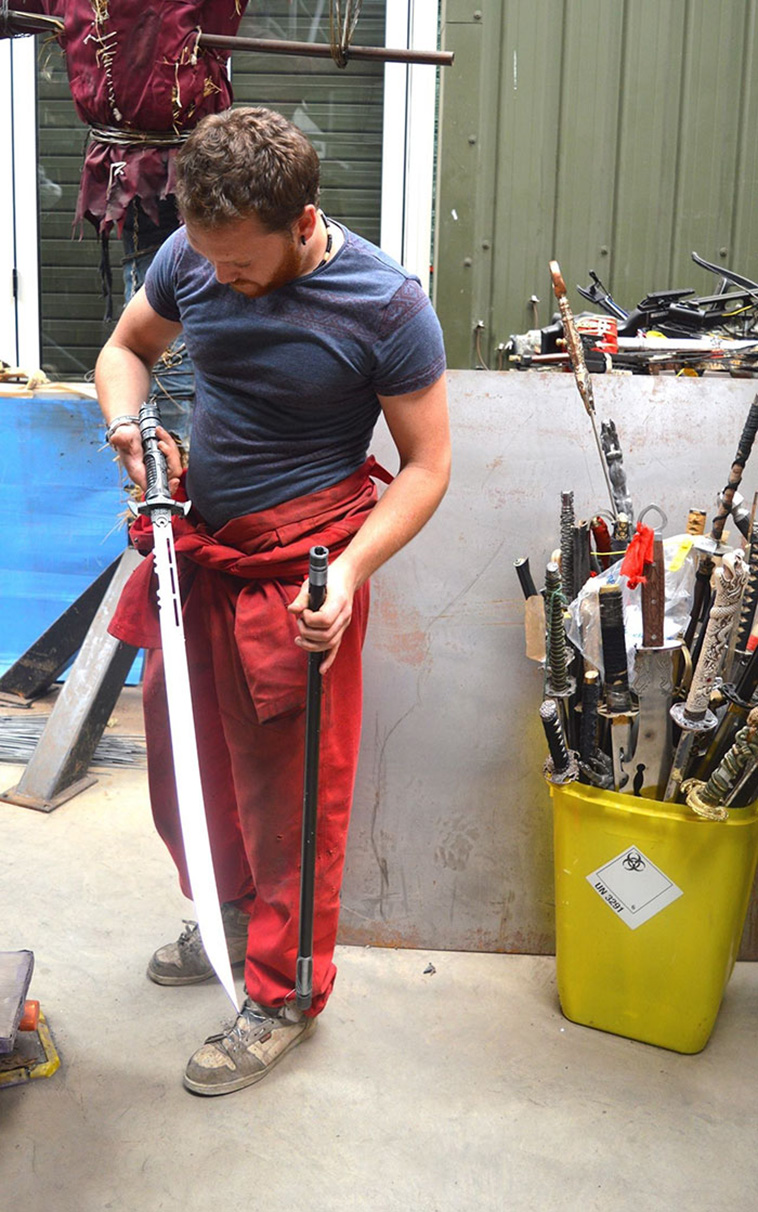 But the idea was rejected by the government… 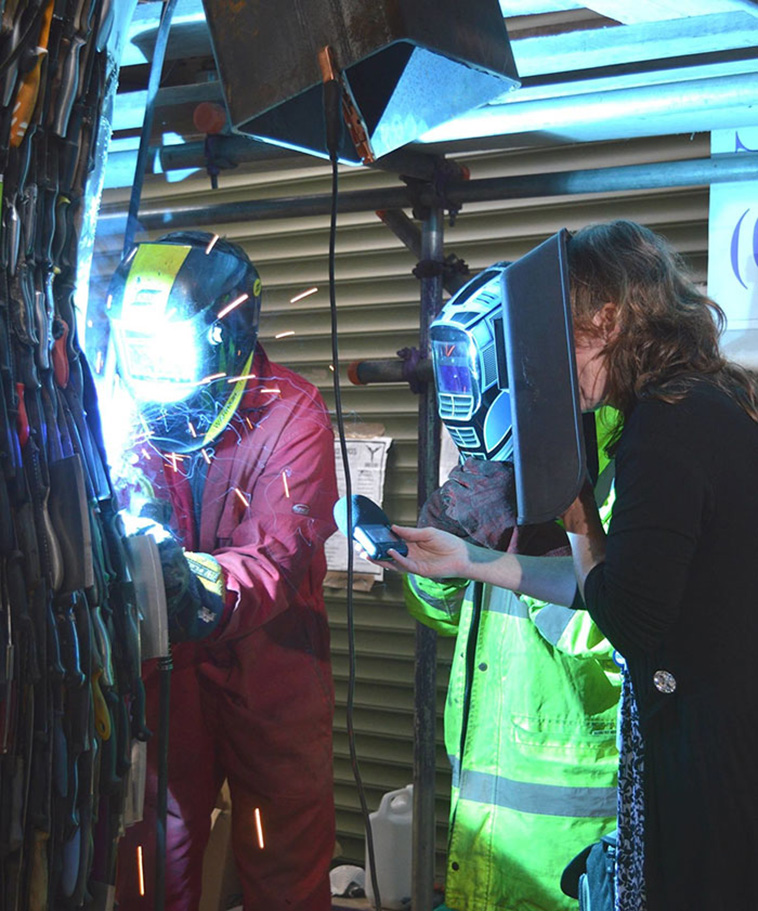 As of now, Bradley is working on a petition for putting the sculpture in Trafalgar Square, so that there is more awareness regarding the issue. 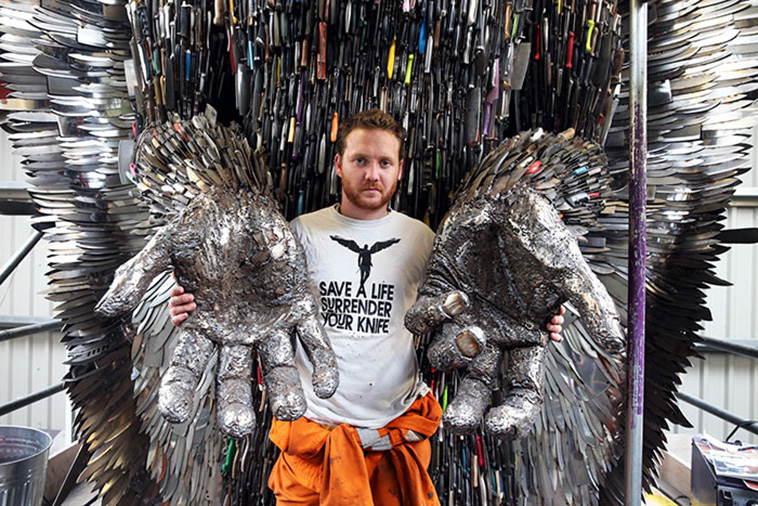 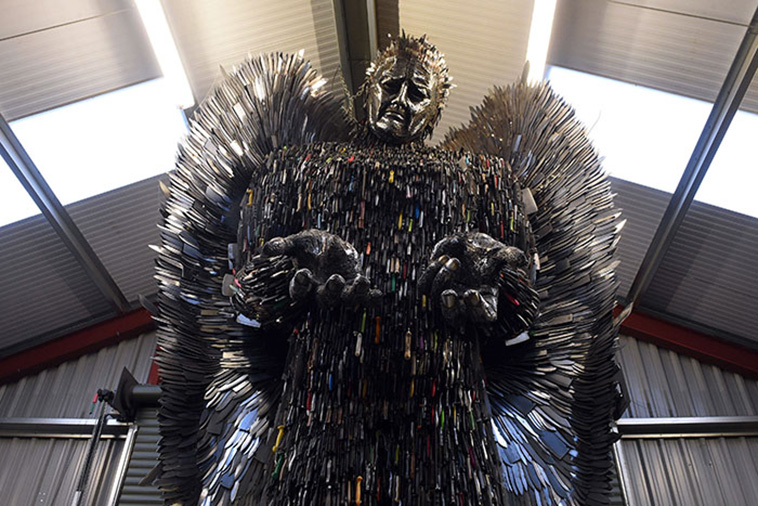