Photographer Captures One In A Million Photo, Doesn’t Realize It Until He Gets Home 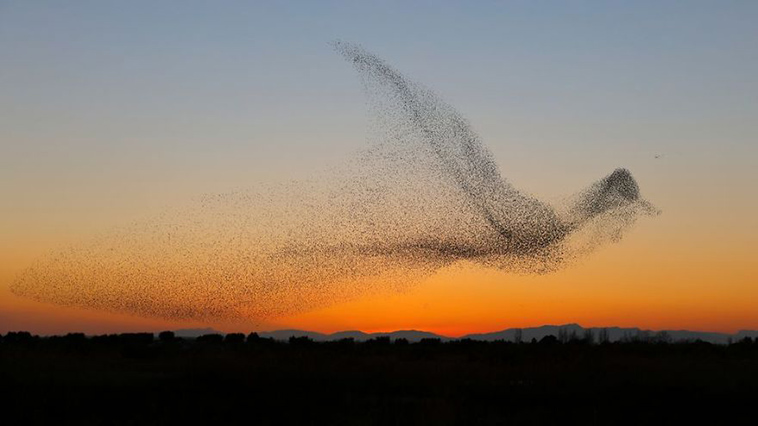 Nature has a way of grabbing our attention and leaving us with a million questions. Thanks to photographs taken by German photographer Daniel Biber, you will immediately realize that nature is not only beautiful but is a wonder that is around us all the time, if we’d take a moment to notice. 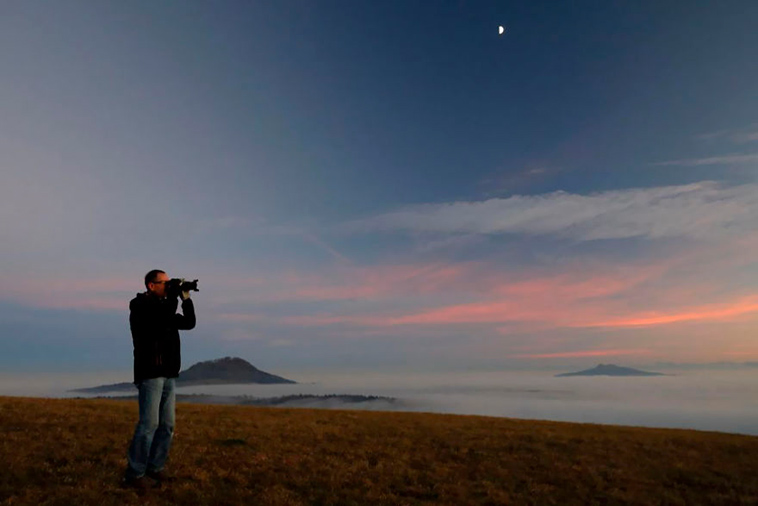 In the skies over Costa Brava in Northeastern Spain, hundreds if not thousands of starlings gathered into a shape-shifting formation known as a murmuration. This is an amazing spectacle in which the starlings move and twist in excellent coordination, forming a singular organism and then quickly turns into a stunning shape. Murmuration forms when starlings gather and participate in this action. The huge flock will shape-shift in the sky and turn into a swirling, amazing massive shape because they are being chased by a predator! 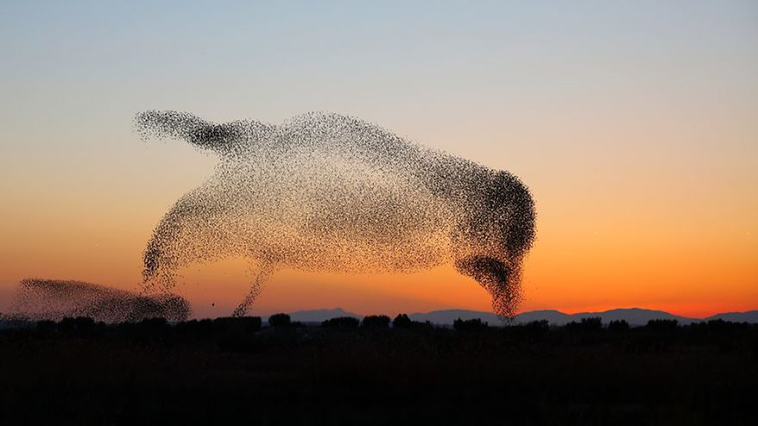 Daniel just happened to be in the right place when he witnessed the starlings twisting and swirling. Usually, these birds will form this mass if they are being pursued by a predator such as a hawk. To his amazement, during their murmuration, the starlings, through amazing coordination, formed a massive shape that ended up looking like one singular giant bird! 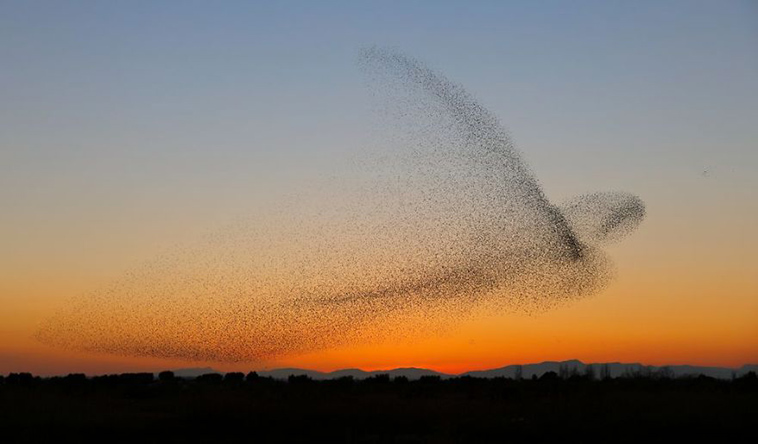 Time and patience finally paid off for Daniel who had tried many times and failed to capture starlings gathered in mass and in full flow. He kept looking for someplace to capture these birds and eventually landed in the perfect spot that he visited every day for 4 consecutive days. He finally picked the perfect spot that would help him capture these wonderful birds with the area’s excellent backdrop and foreground. 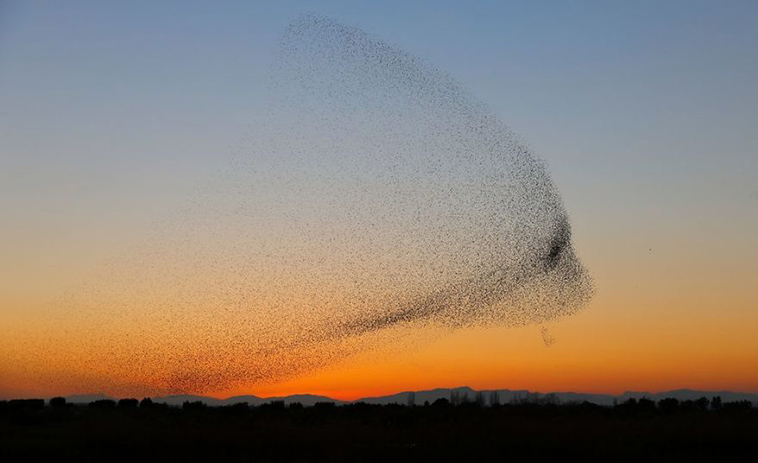 Little did he know what an amazing gift he was given by nature. His photographs earned him a prize at the international photography competition but he still didn’t realize what he had captured. It wasn’t until later on when he checked his pictures out on his computer that he finally understood the mystery of nature. All of a sudden he realized what the starlings had formed and was stunned.  He said they formed into a giant, single bird as if to tell the predator “we are bigger than you!” 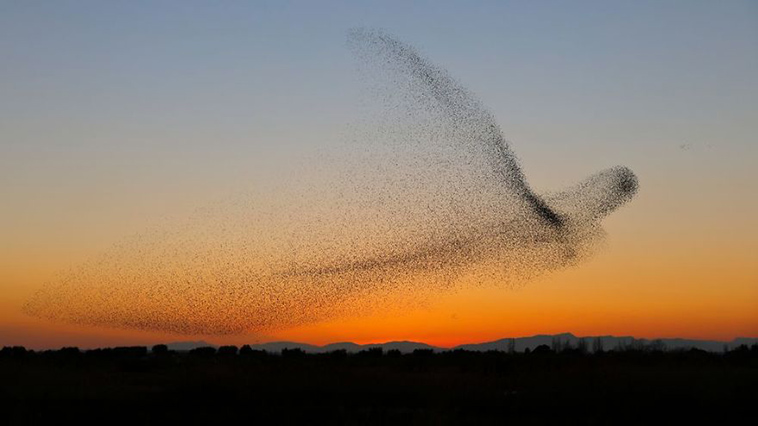 Scroll down and become amazed at the wonders of nature! You will quickly realize there are things going on in nature that really are not only breathtaking but mysterious! 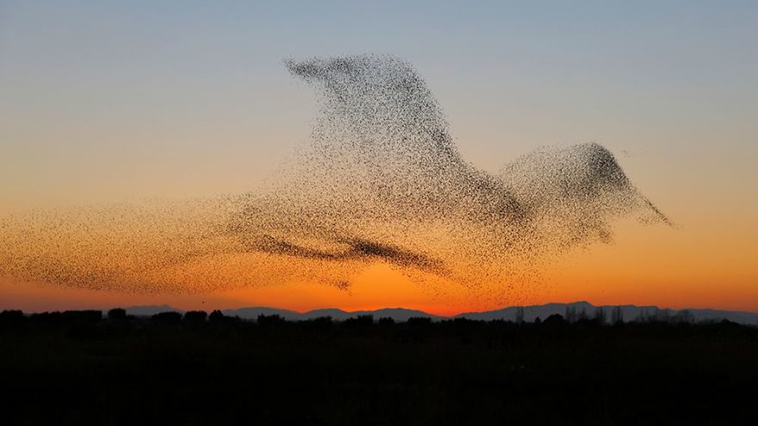 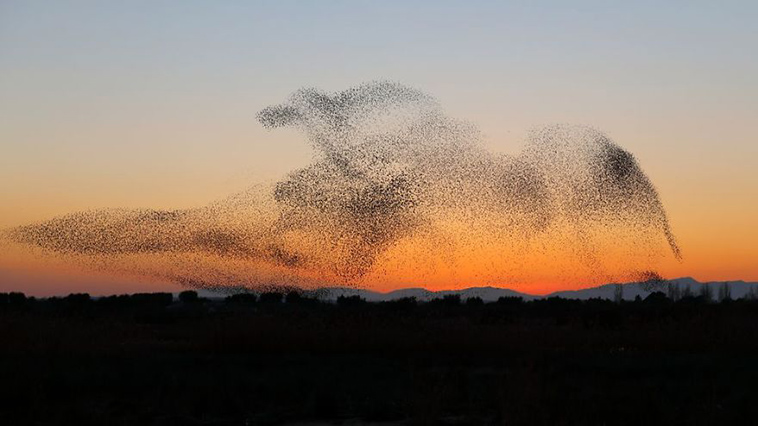 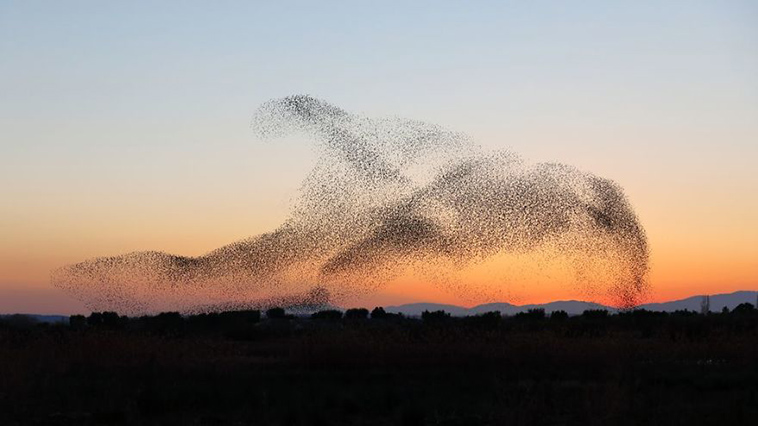 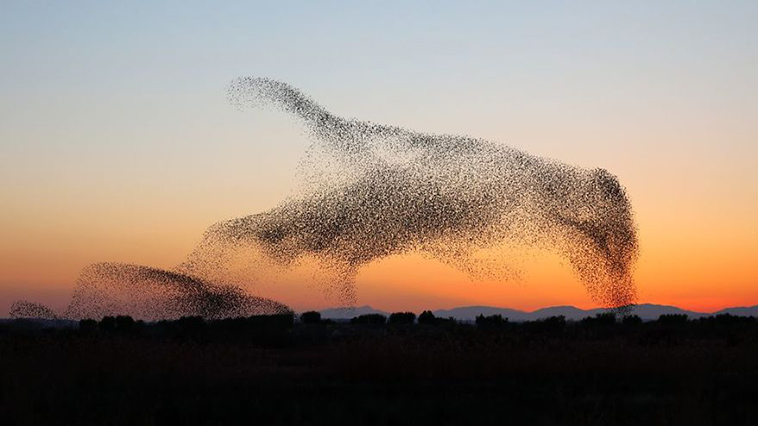