Fresco is a painting art that has been made for thousands of years all over the world. It is a work of wall or ceiling art created by applying pigment onto a thin layer of plaster, or intonaco in Italian. Fresco means “fresh” in Italian, as a true fresco’s intonaco is wet when the paint is applied. Maybe the first thing that comes to mind is The Italian Renaissance when anyone hears fresco. There are many fascinating frescoes during The Italian Renaissance and one of this period’s most important fresco artists is Michelangelo. The Sistine Chapel was built between 1477 and 1480 by Pope Sixtus IV. It has Michelangelo’s most remarkable frescoes, especially on its ceiling. The painting of the ceiling was commissioned by Pope Julius II decades later.

Michelangelo had worked on these frescoes for 4 years between 1508 and 1512. 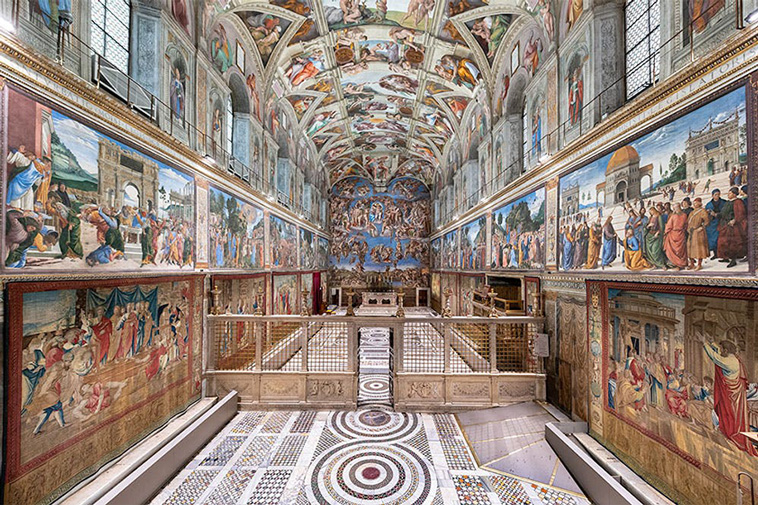 The most remarkable point of the chapel is the ceiling. It represents the Old Testament, which includes the Creation, Fall of Man, Promise of Salvation through the prophets, and the life of Jesus. The ceiling has 343 figures that demonstrate Michelangelo’s sublime talent for painting the human figure in various modes and postures, heavily influencing future artists. 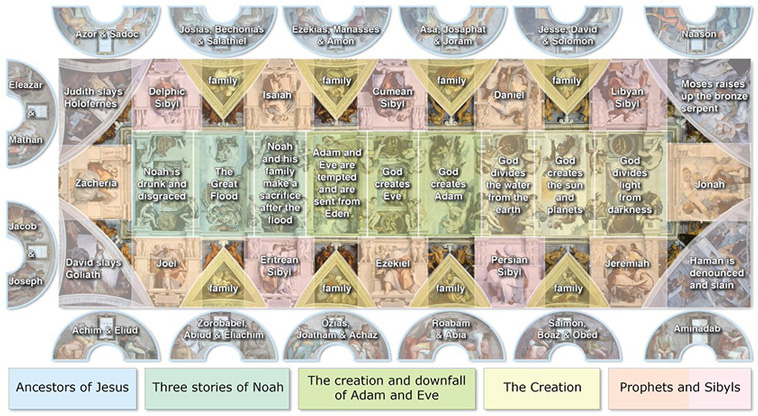 Michelangelo worked his way backwards through the panels, commencing with the Great Flood and Noah’s Ark and finishing with God’s creation of the world. Because he believed his technique would be improved enough by then that he could dare attempt to portray the divine. This was the first time God was portrayed as a muscular, bearded, human man and would change the course of religious painting. 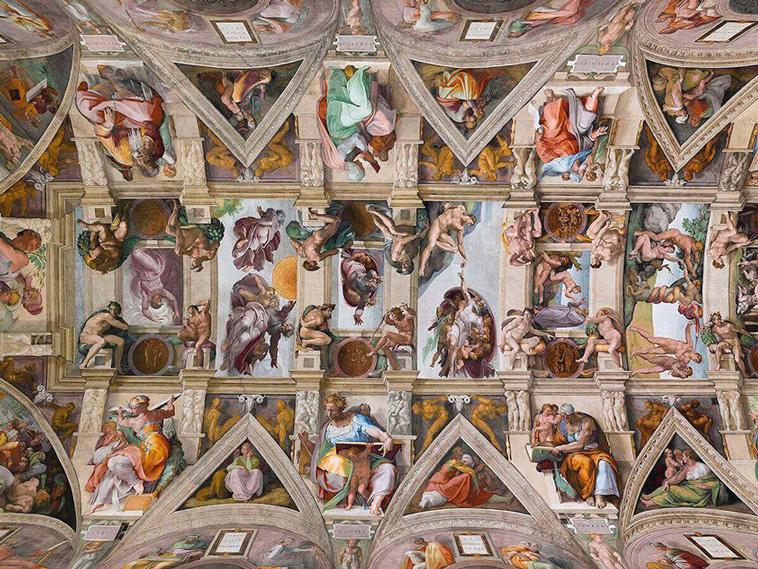 Nine scenes from the Book of Genesis

The Separation of Light from Darkness 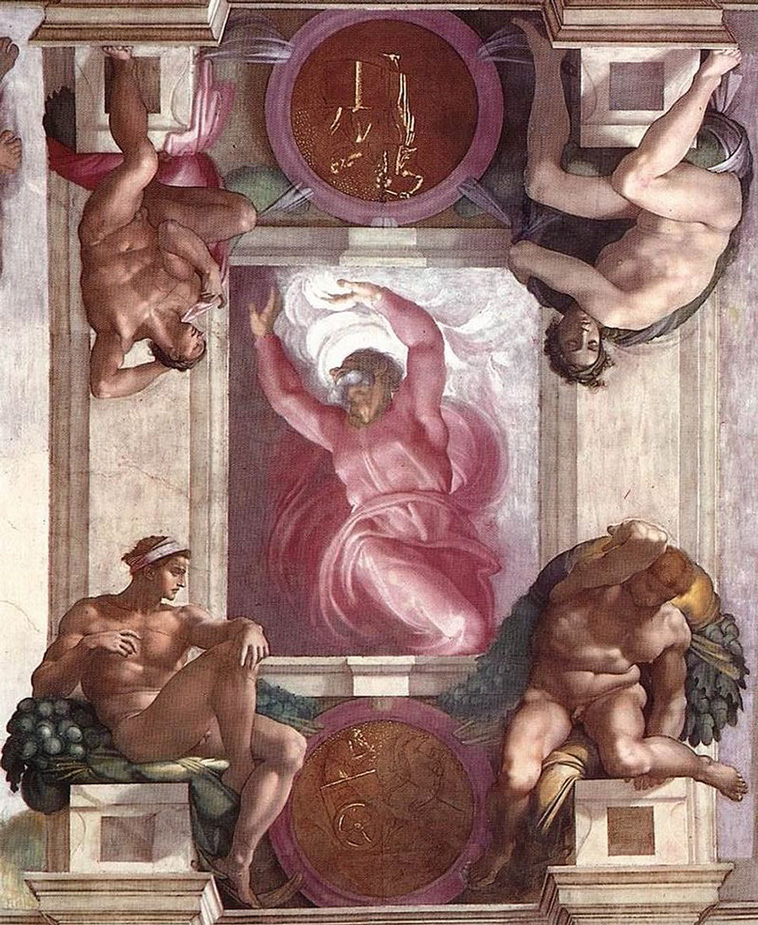 The Creation of the Sun, Moon, and Plants 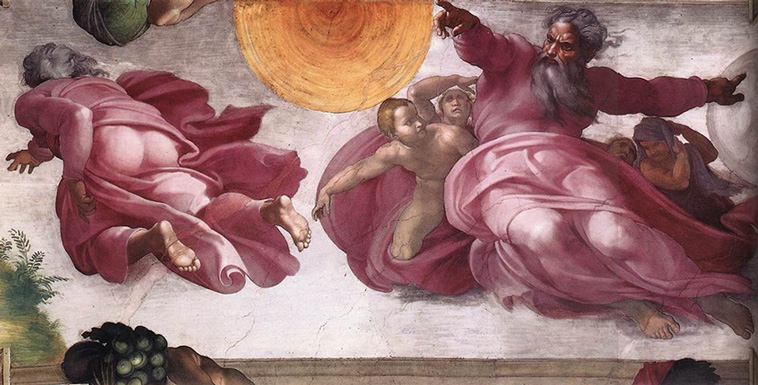 The Separation of Land and Water 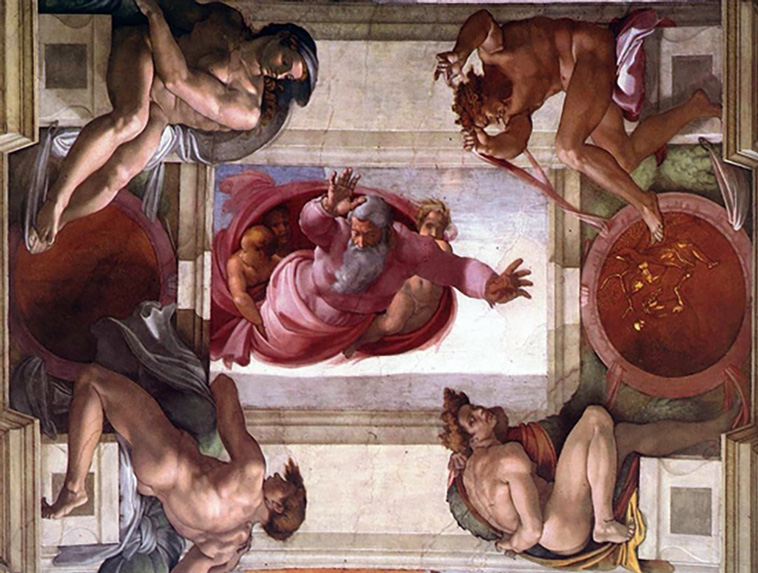 The Creation of Adam

The Creation of Eve 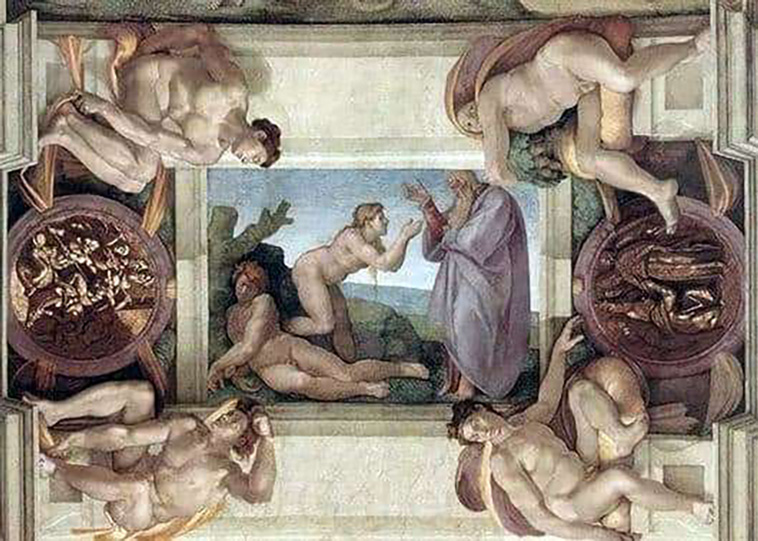 The Fall and Expulsion 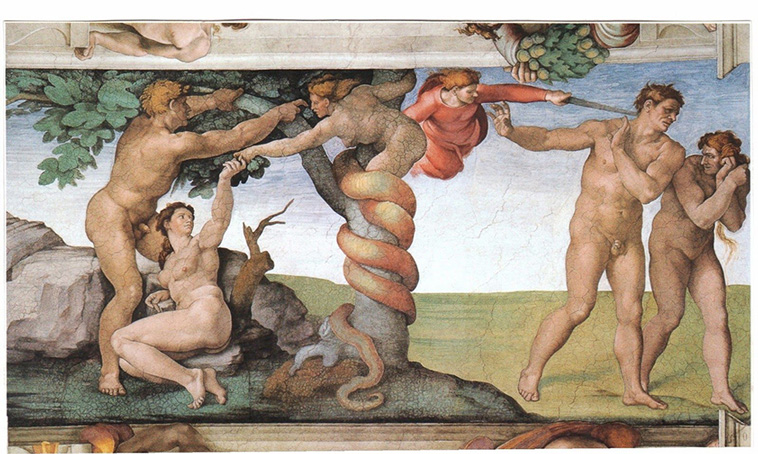 The Sacrifice of Noah 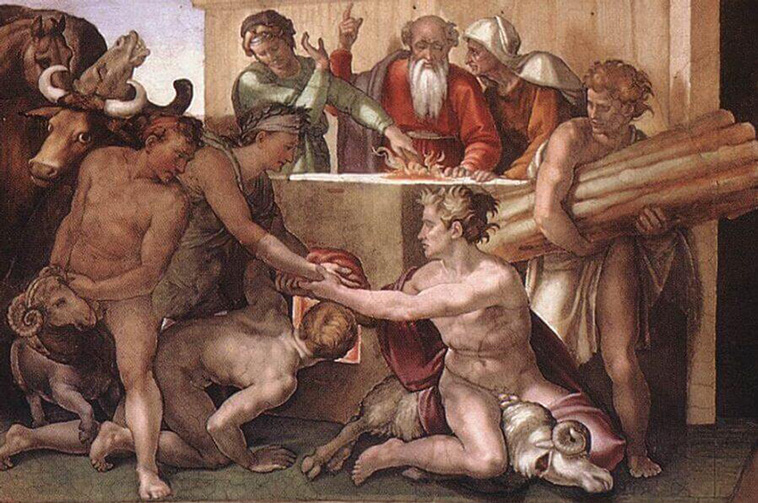 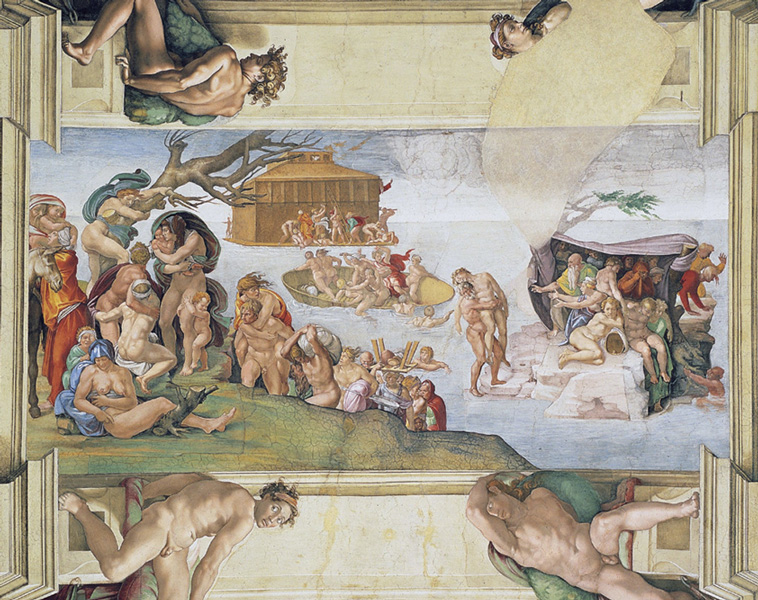 The Drunkenness of Noah Also, the altar of the Sistine Chapel has another famous fresco, The Last Judgement by Michelangelo. The enormous painting illustrates the second coming of Christ and the last judgement by God of all humanity. Christ is depicted in the centre of the fresco, flanked by Saints, including Peter, Paul, and John the Baptist, as the souls below receive their eternal judgement. Those saved ascend to the left while those damned descend to the right. 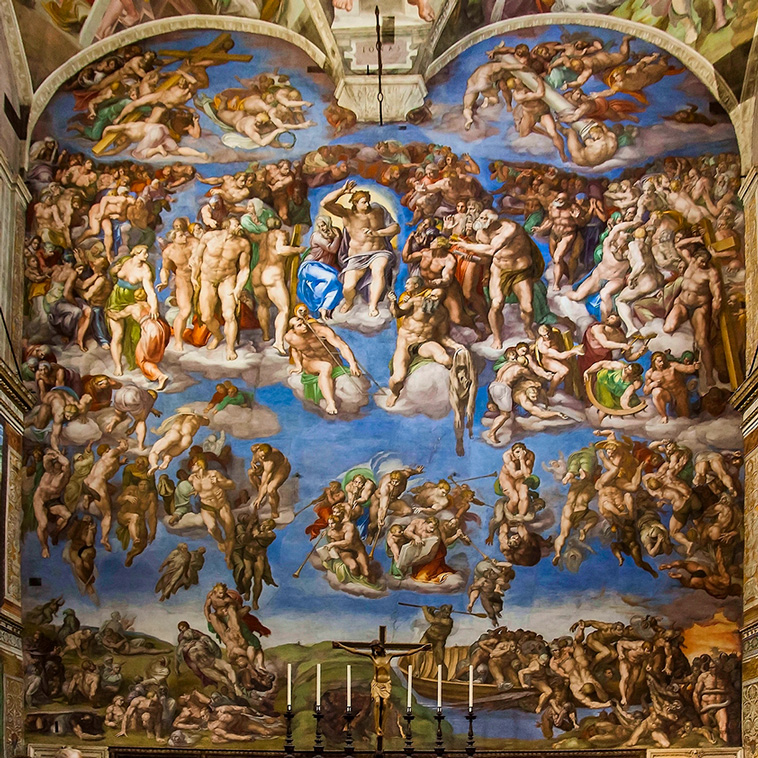 You have a chance to see The Sistine Chapel’s ceiling and altar online even if you can’t go to Rome.