Olga Barantseva is a Russian photographer who likes to recreate the world using fairytale-style photography. Her most notable pictures involve images of beautiful models that interact with real-life wild animals. These models can be seen posing with foxes, wolves, and even a 7-foot tall brown bear that goes by the name of Stepan. 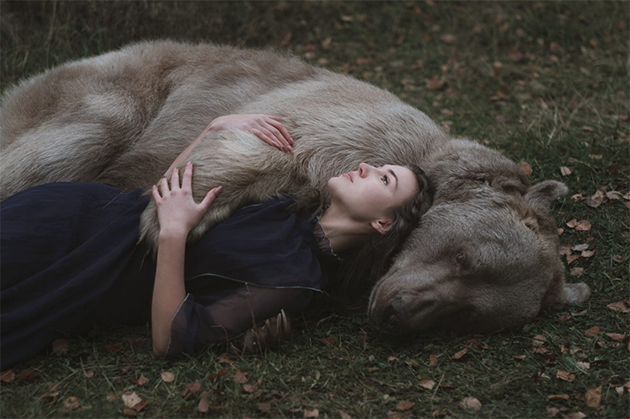 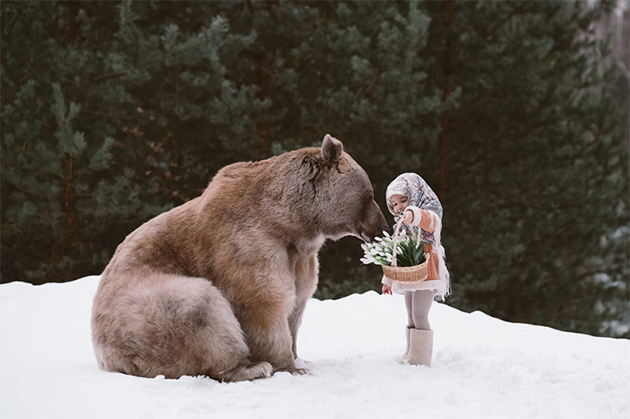 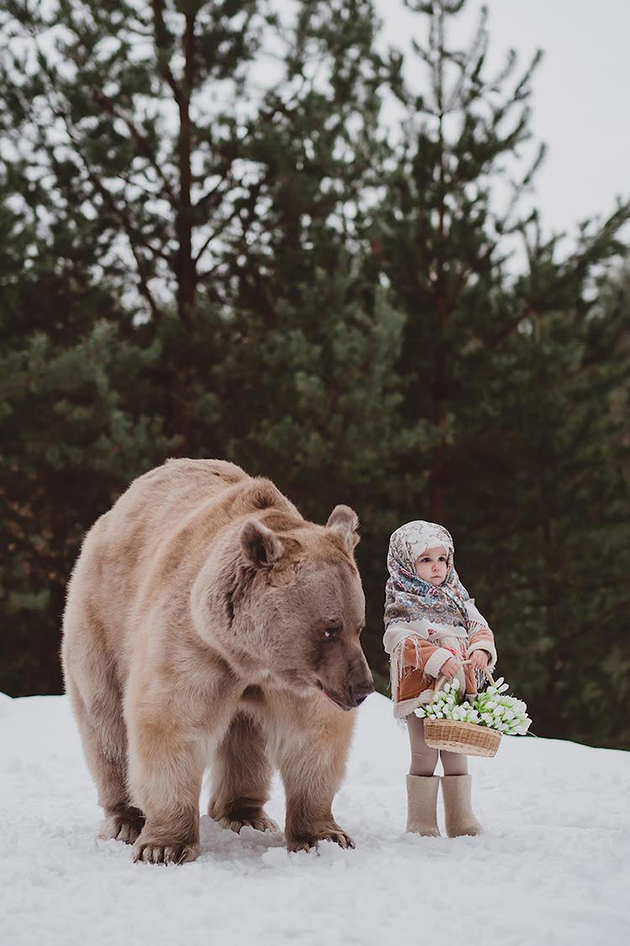 Barantseva’s pictures of Stepan and these models are the most popular because of the bear’s enormous size which makes him appear to be ferocious. The truth is that Stepan is really a nice bear who was raised by a circus trainer ever since he was 3-months-old. Stepan had been a starving cub in the wild who was rescued by the trainer. When Stepan eventually became an adult, he was so domesticated that the trainer didn’t want to release him back into the wild. Instead, the 20-year-old Stepan has become an actor and model himself. He has appeared in numerous photographs and movies. 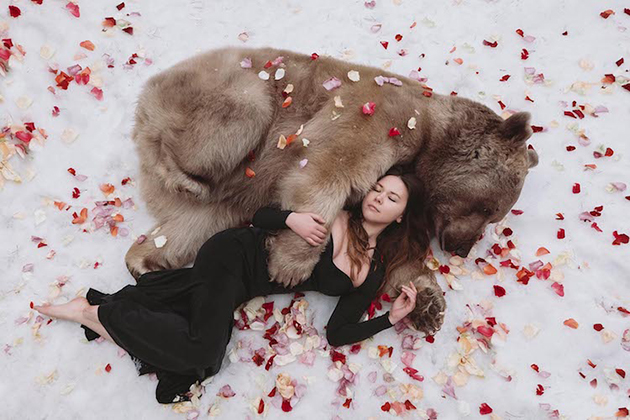 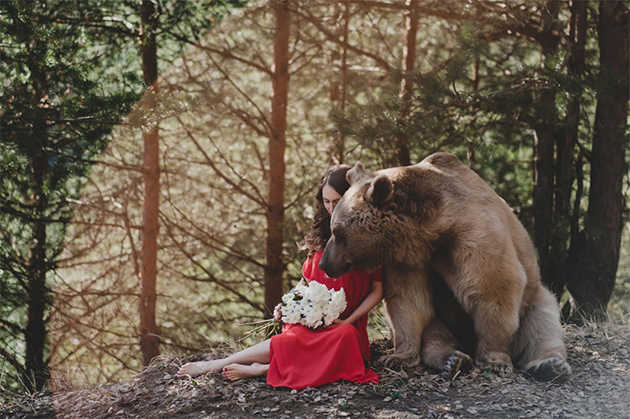 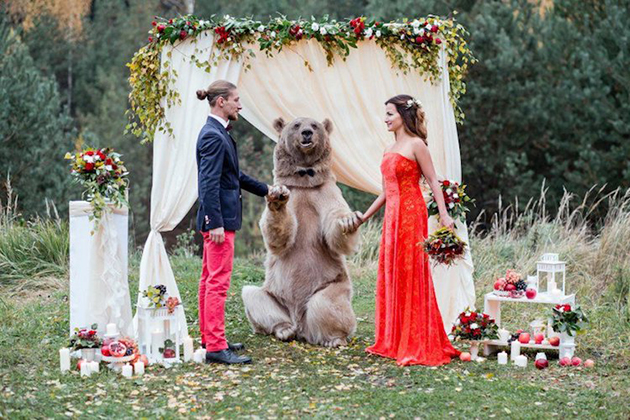 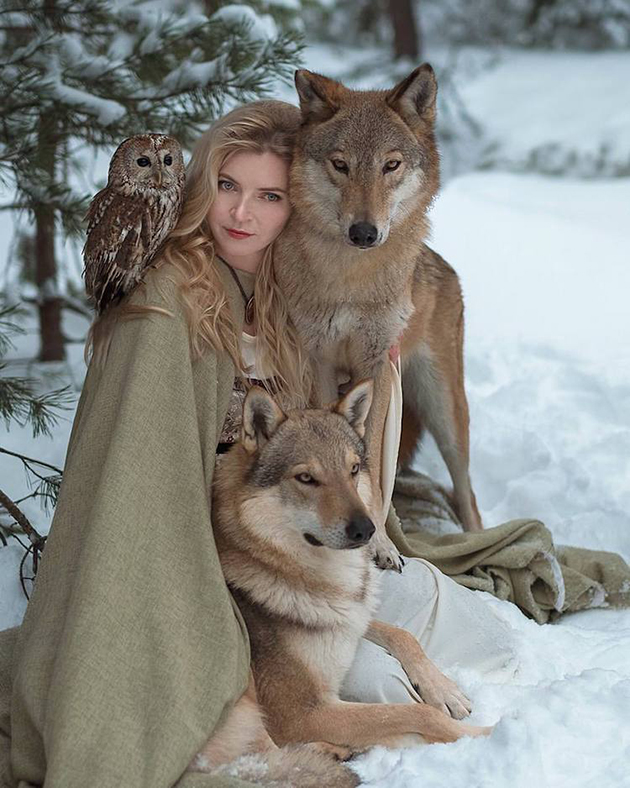 The photographs that Barantseva takes of Stepan doesn’t just highlight the bear himself. All the elements of his surrounding environment are captured beautifully too, such as the picturesque and airy environment, the natural lighting, and a small human being next to a big animal. The visual juxtaposition might seem like it would be dangerous, but the photographs show the two at peace with one another as they coexist in the same environment. 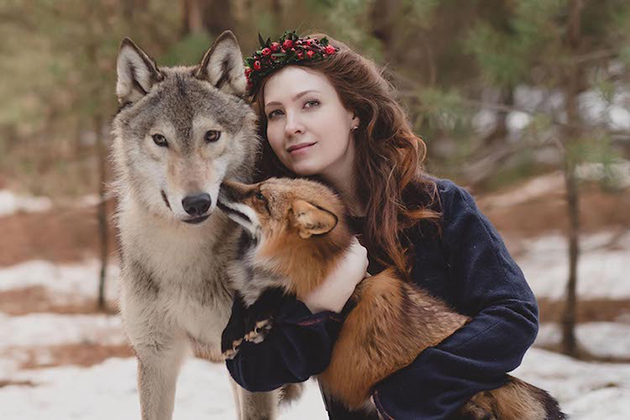 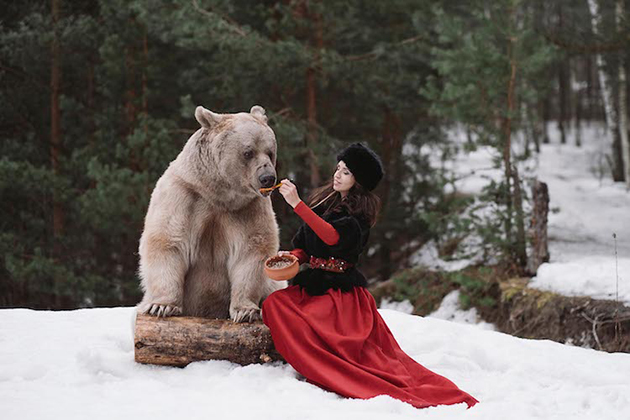