There are many people around the world that recycle trash to make art or jewelry.  It is cost effective and even fun to reuse items that normally people would discard without a second thought.  What would happen though if a whole group of people created their everyday jewelry from garbage? A tribe in the Omo Valley of Ethiopia has done just that.  They take their garbage and repurpose it into their everyday head wraps.  These head wraps are simple for younger people, usually just bottle caps, and as they get older they are allowed to wear more ornate headdresses.  Eric Lafforgue, a French photographer, made this custom known to the world while exploring the people of the world and their cultures.  He has captured many different pictures of these groups. Do you want one of these headdresses?  Too bad, the jewelry made from garbage becomes part of the individual’s identity so they refuse to sell them. 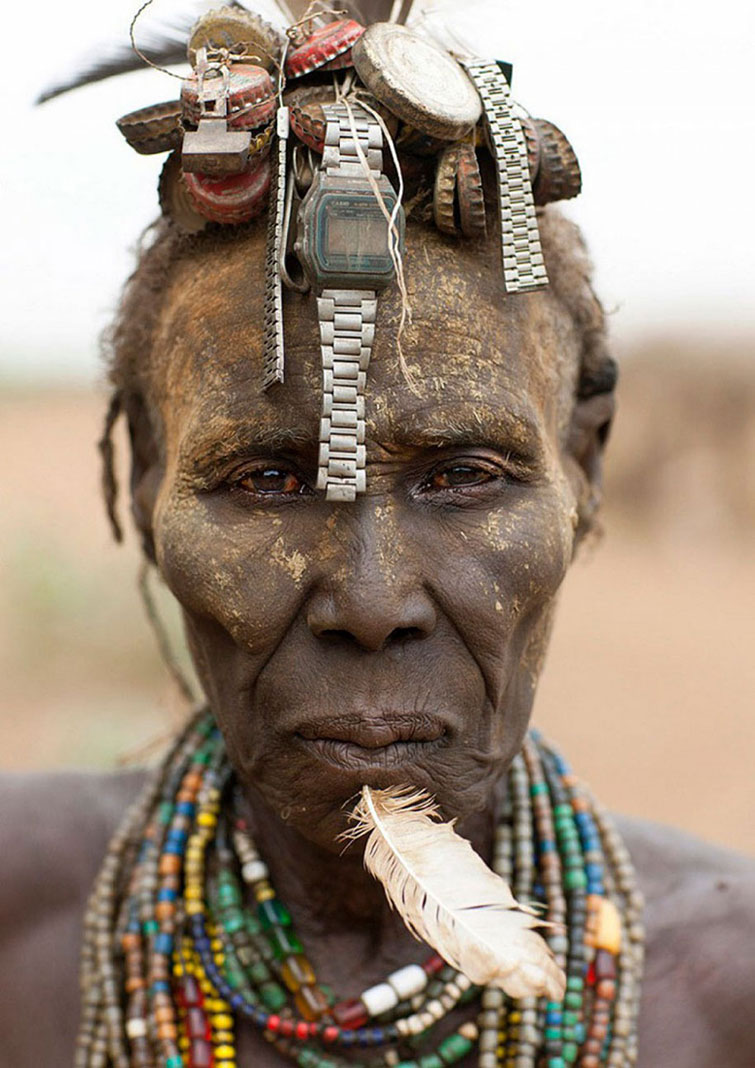 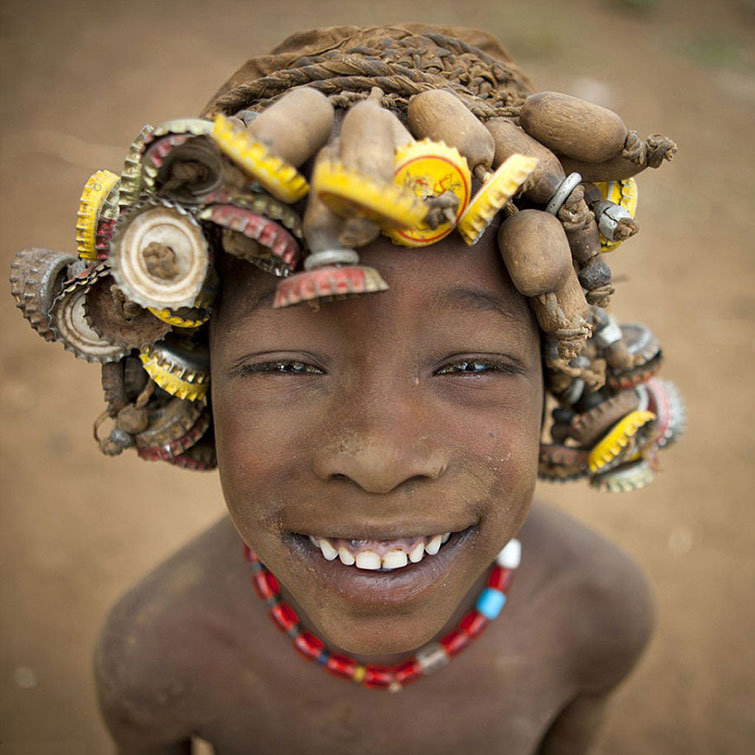 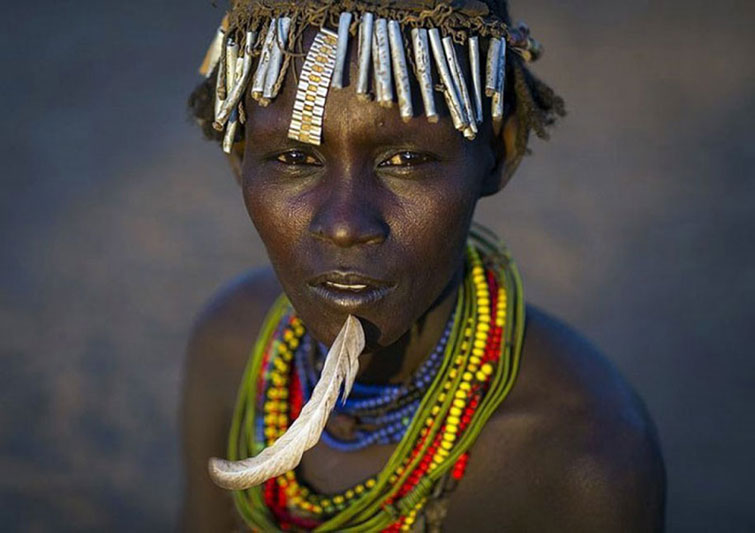 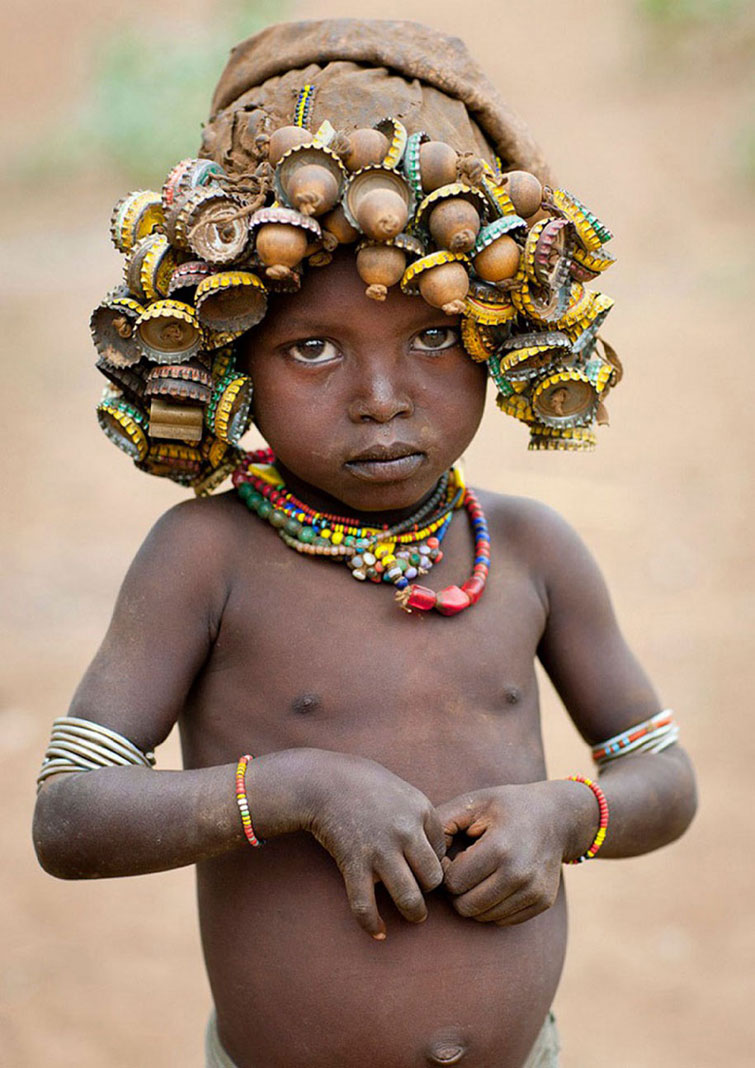 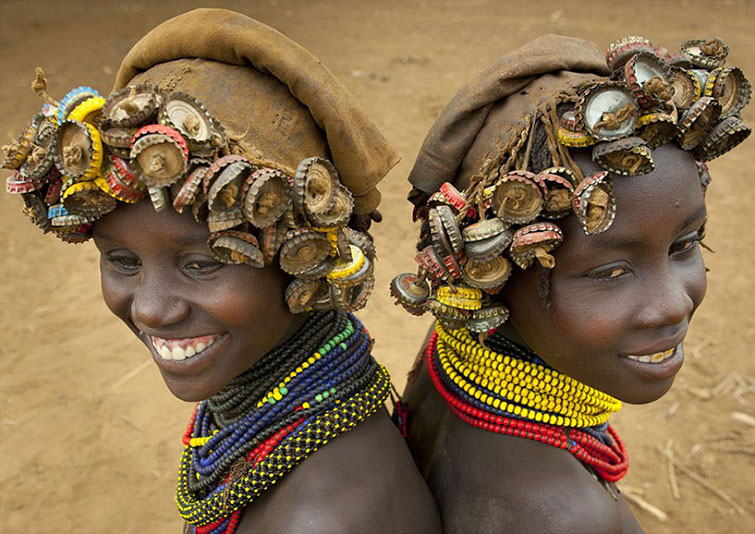 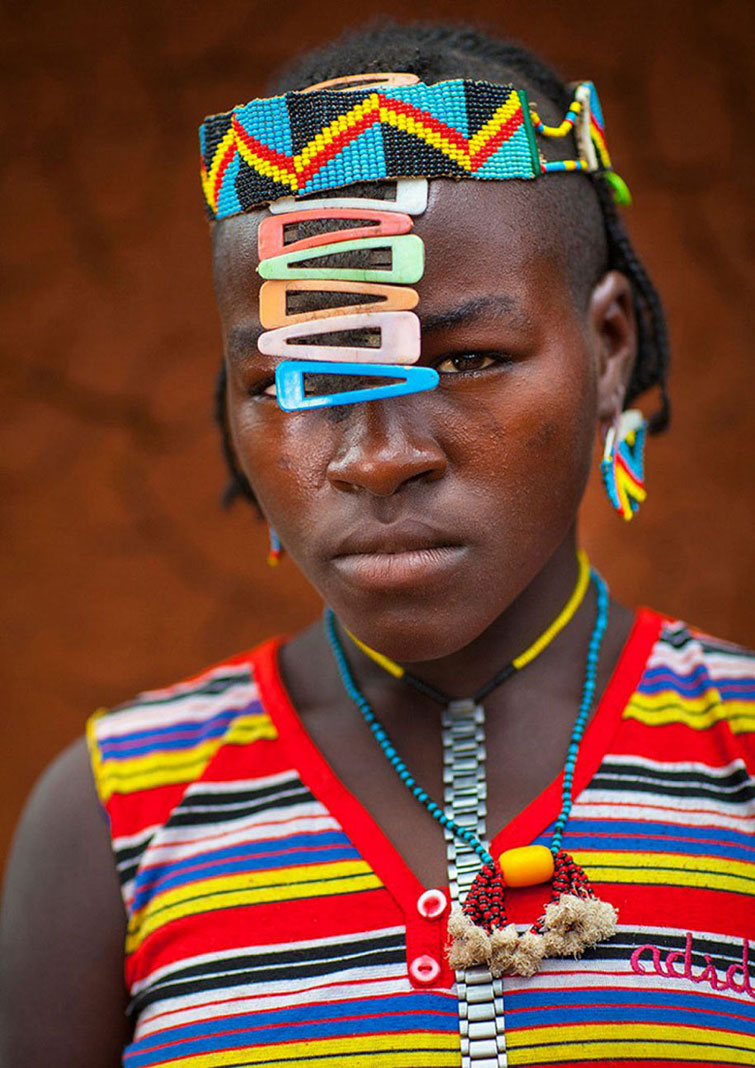