If you heard of parrots word, you would imagine them mostly as green, red, or blue-colored birds. However, the world of parrots is a lot more diverse than you might think. Have you heard of Pesquet’s parrot, which is also known as the Dracula parrot? 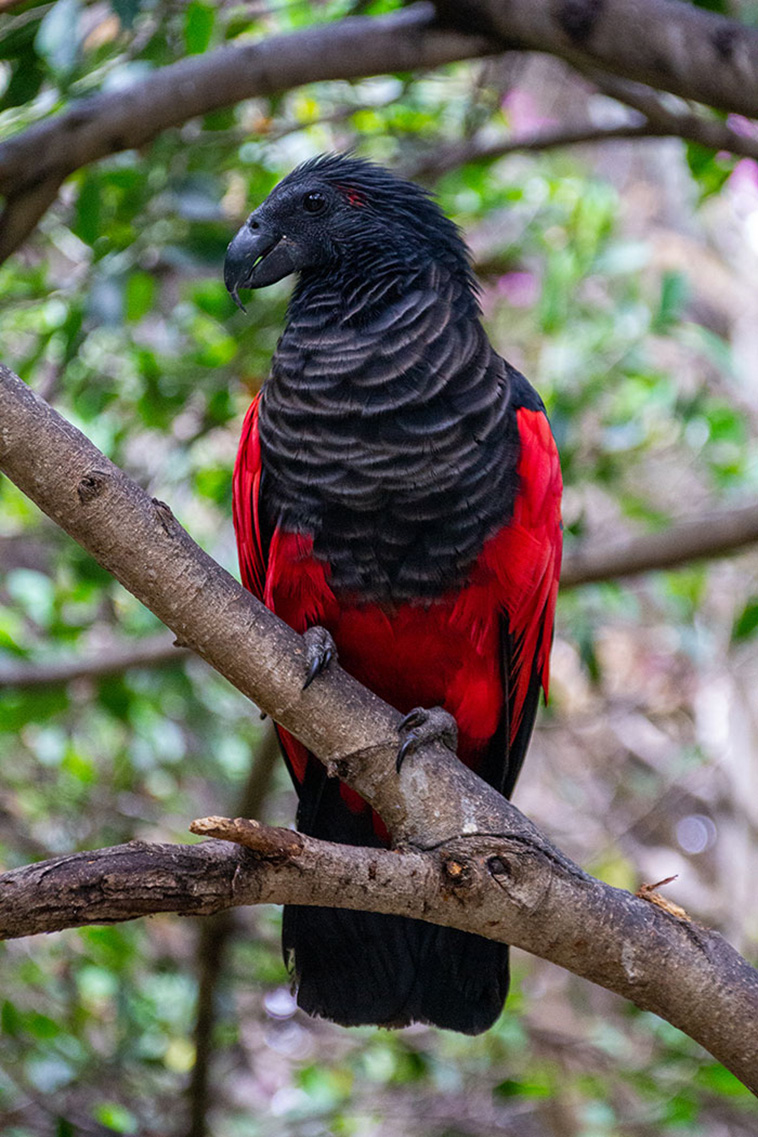 Dracula parrots are short-tailed and stretch to nearly 50 cm in length. Their weight is around 680–800 g. These gorgeous birds are easily noticed by their black and grey chests, pitch-black beaks, and strokes of bright red feathers. The only difference between females and males is that males have red patches behind their ears.

The Dracula parrots can only be found in New Guinea. Unfortunately, these magnificent birds have become a target for local poachers, which, in addition to increasing habitat loss, has put the Pesquet’s parrots’ population at dangerously low numbers. The IUCN Red List of Threatened Species evaluated Dracula parrots as Vulnerable. 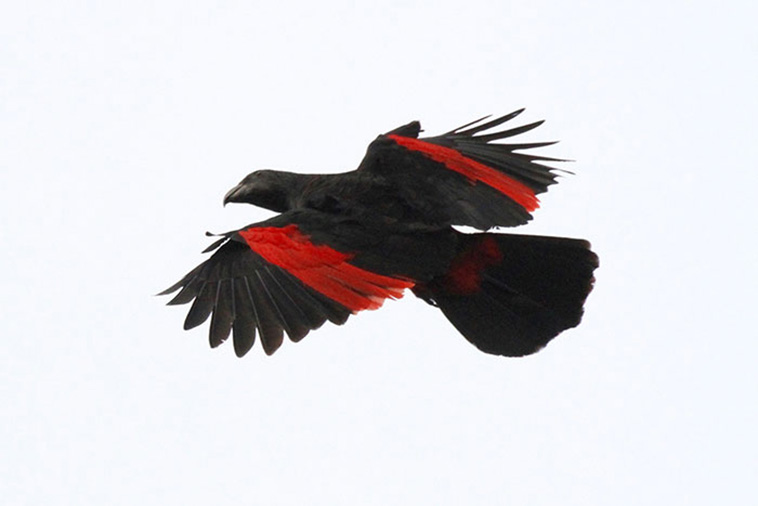 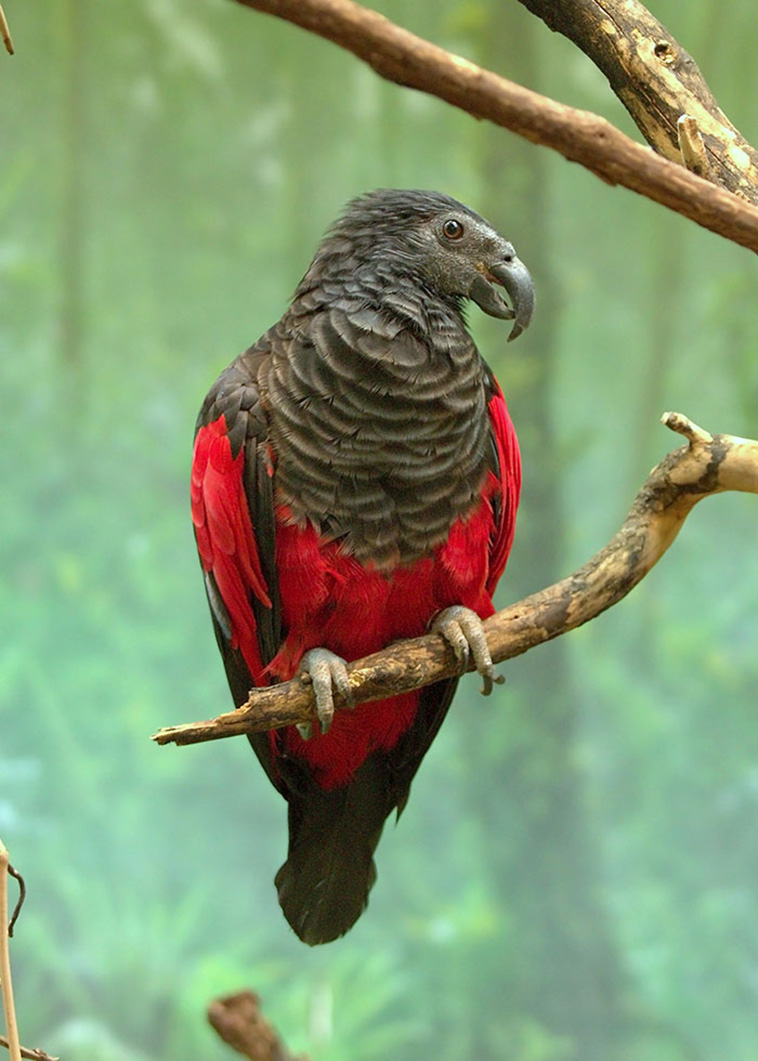 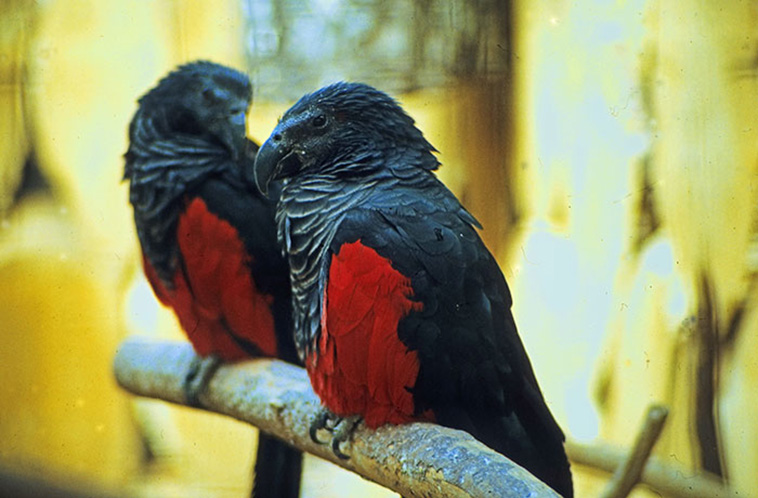 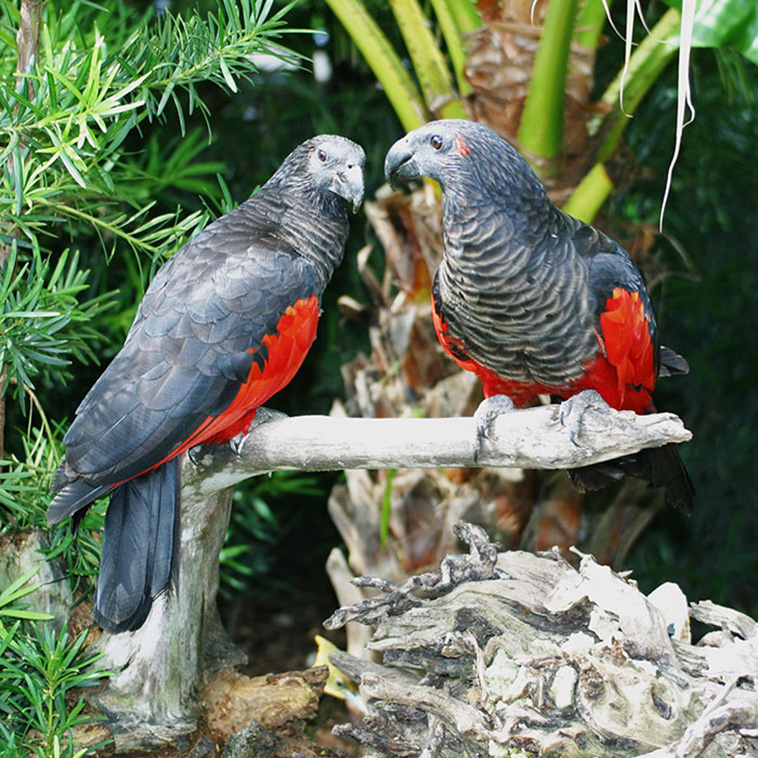 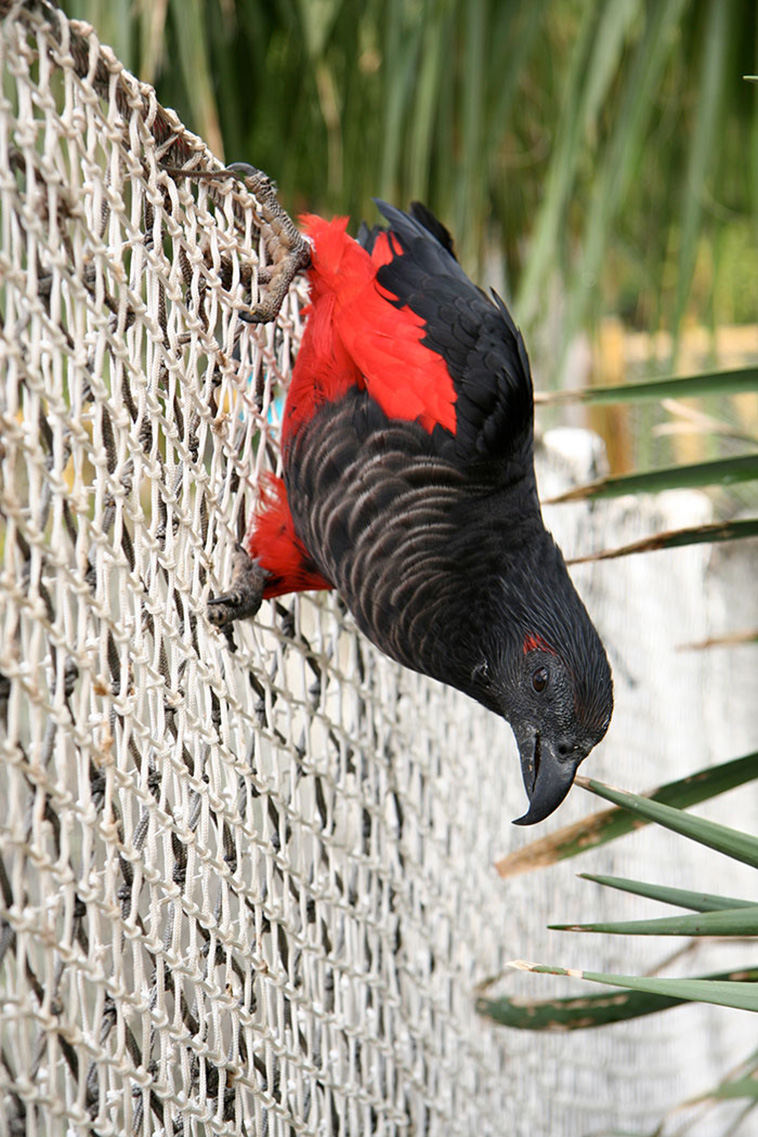 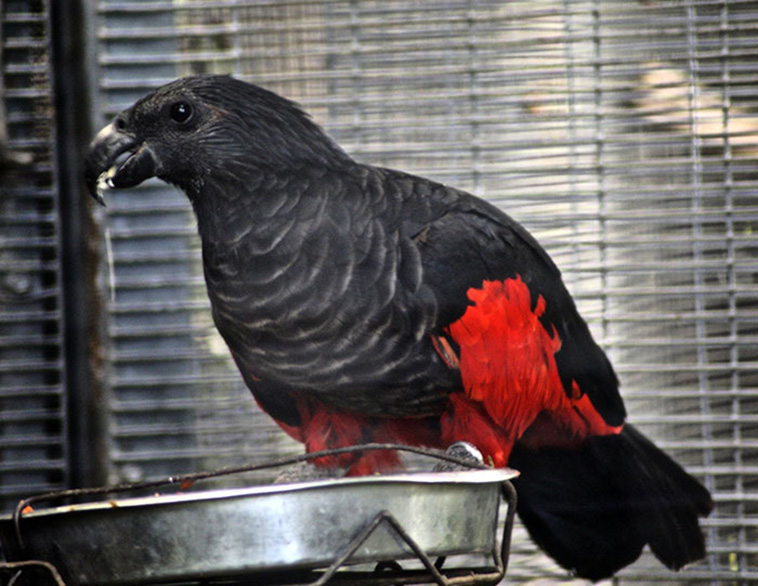 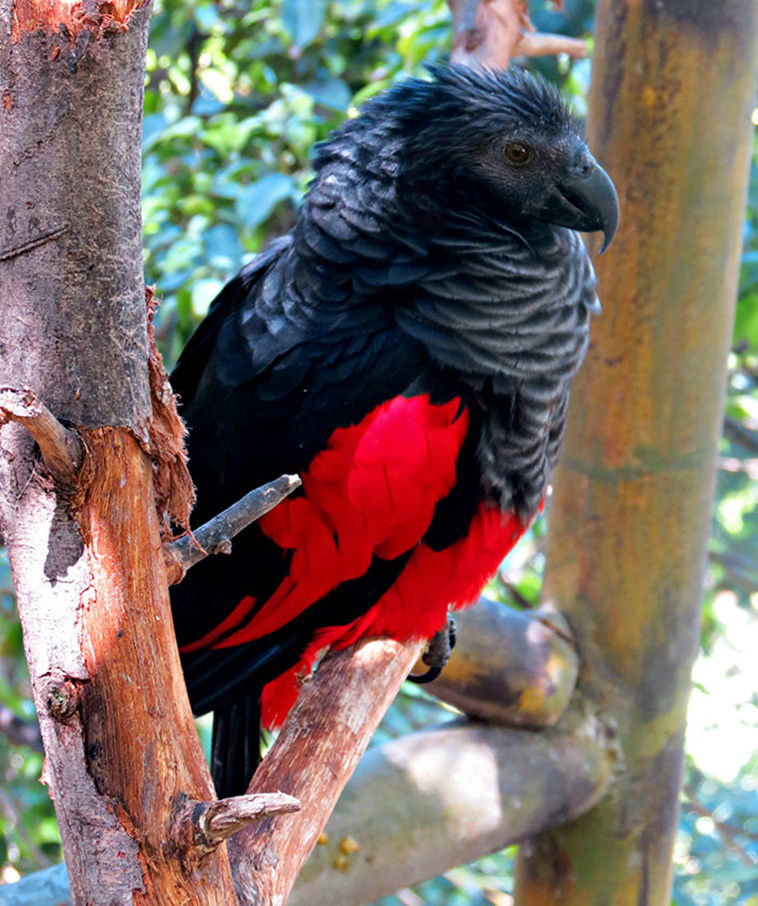