Commissioned by King Francis I and imagined by the great Leonardo da Vinci, the Chateau de Chambord is the largest and most majestic castle of the Loire. Its construction started in 1519 and it became one of the most impressive architectural features of the French Renaissance. The castle was meant to serve as the king’s hunting lodge, where he would stay for several weeks during each visit, and hence was not designed to serve as a permanent residence. 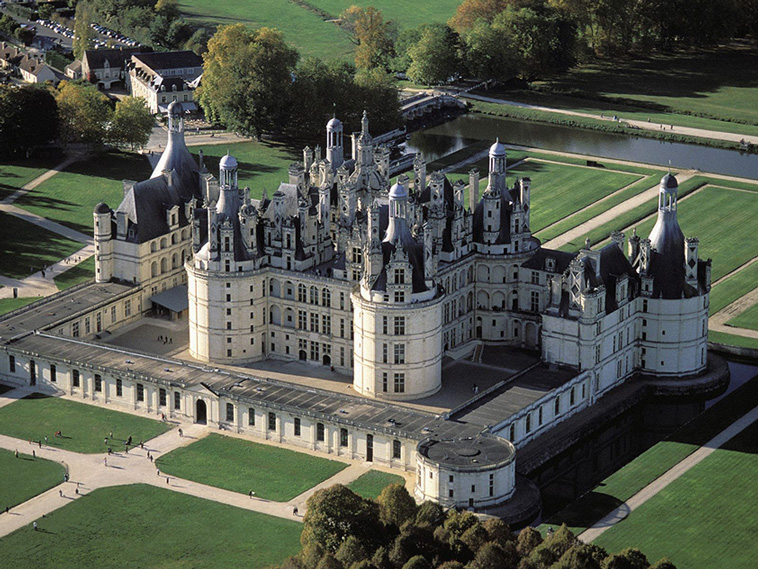 Salamanders on the ceiling

At Chambord, the salamander, a small amphibian, as comfortable in the water as on land, is represented more than 300 times on ceilings and walls. The small creature was the emblem of Francis I with a crown and the motto “I eat the good fire, I put out the bad”. The motto refers to the popular belief had it that a salamander has the power to resist flames. 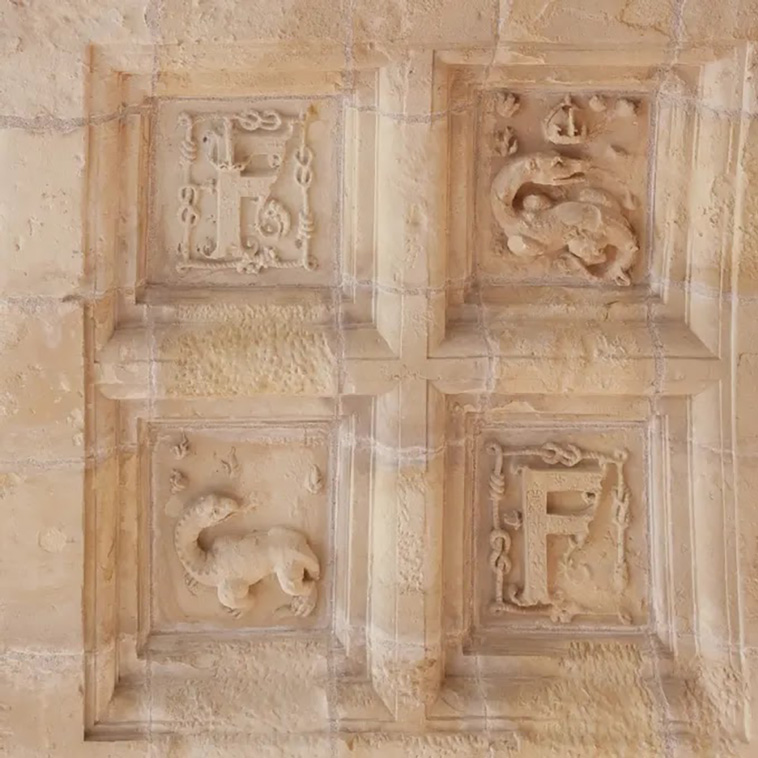 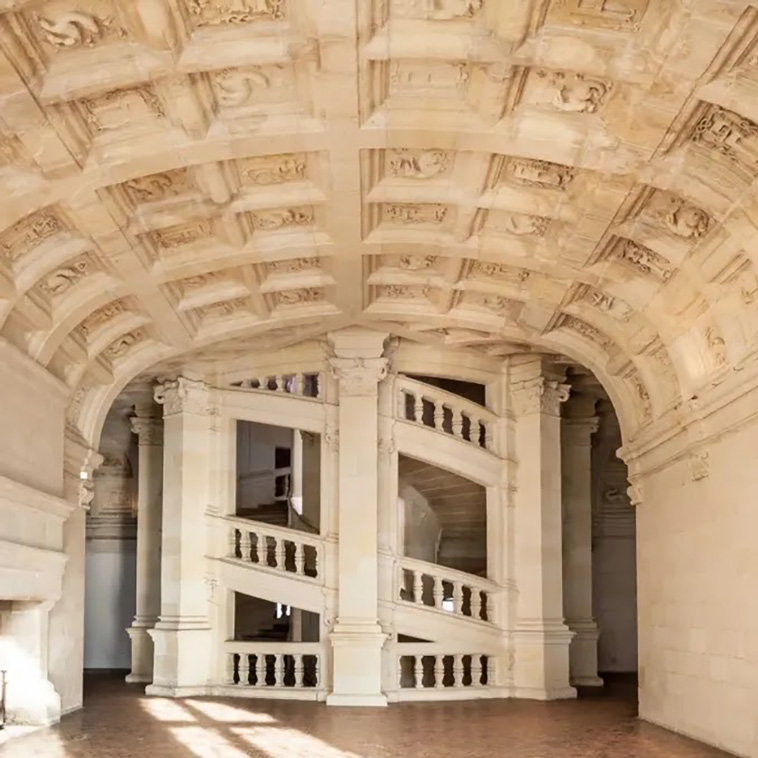 The ingenious spiral open staircase, inspired by Leonardo da Vinci, joins various levels via two sets of steps set in a huge lantern-like case. You can ascend on one side without meeting or making eye contact with those who are descending on the other side – now that’s entertainment. 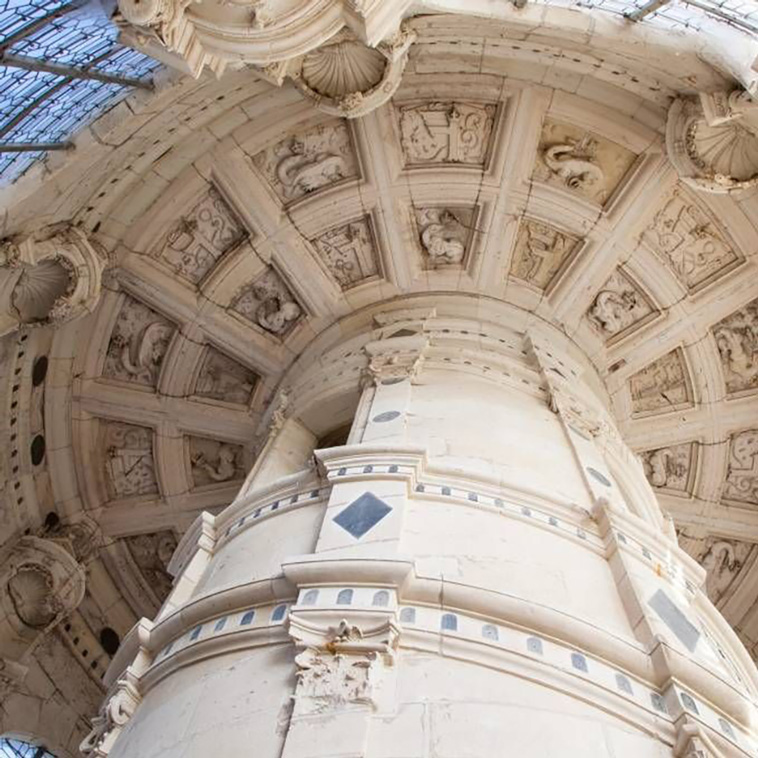 Here is the plan of the staircases: 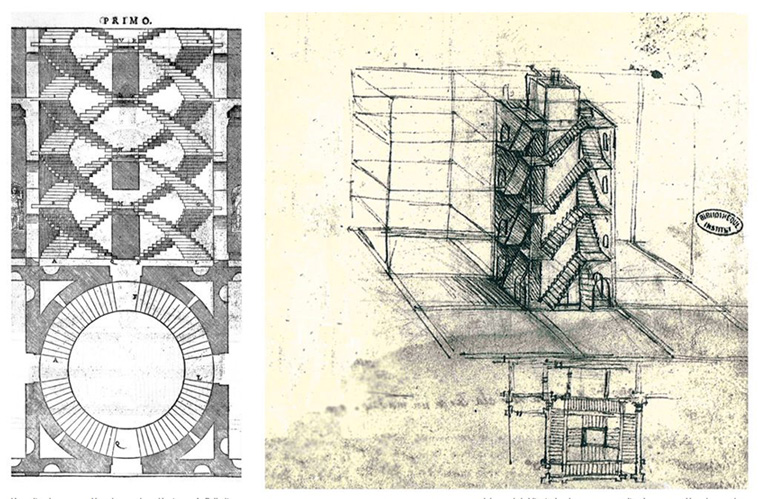