A dog that managed to survive the huge Camp Fire that tore through California last month surprised his owners when they returned to their former home and found him waiting there.

K9 Paw Print Rescue took to Facebook to share the heart-warming story, writing: “Madison’s parents were unable to get home to him when the Camp Fire spread. They hoped and prayed he would be OK. 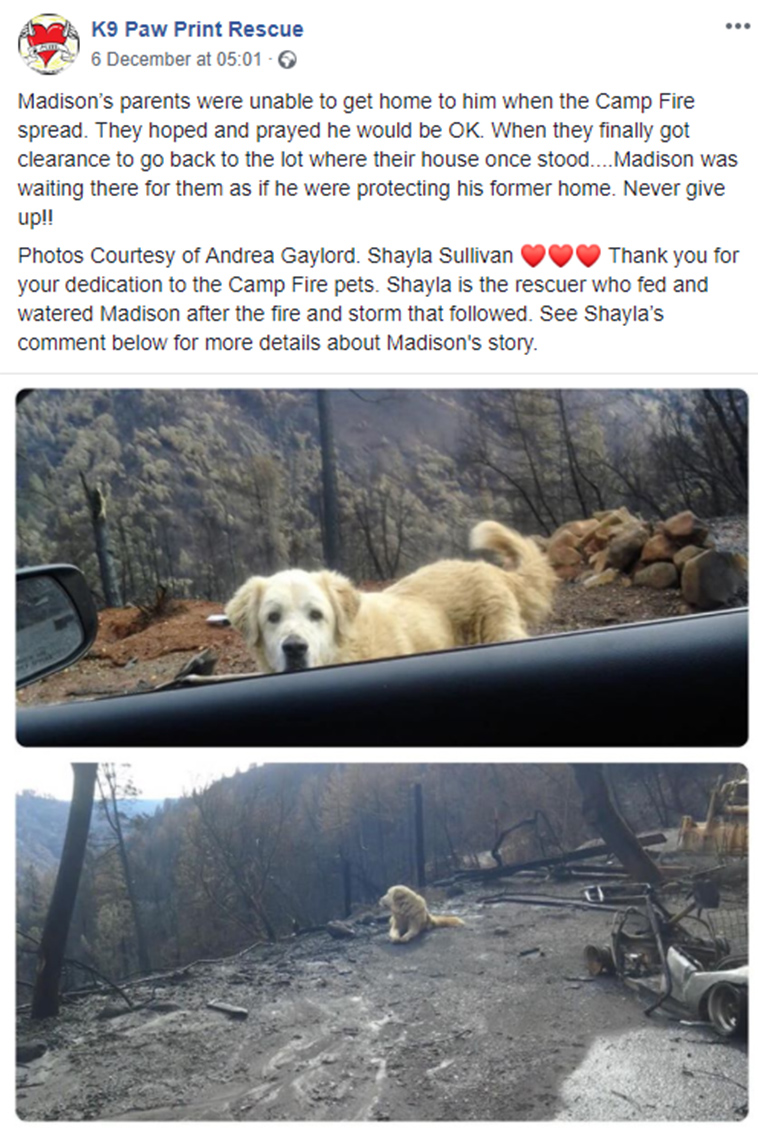 “When they finally got clearance to go back to the lot where their house once stood….Madison was waiting there for them as if he were protecting his former home. Never give up!”

How lovely is that?

Shayla Sullivan, a rescue worker who has helped look after animals caught up in the tragic fires, commented on the post to say that she was keeping an eye out for Madison and his brother Miguel, who had been reported missing by their owner.

She managed to find Miguel, but despite spotting Madison a couple of times she was unable to capture and bring him to safety. With little else, she could do Shayla left out food and clean water for the pooch and hoped that one day she would be able to reunite him with his owner.

Sharing her story, she added: “I’m so happy I’m crying as I write this! He didn’t give up through the storms or the fire! A LOOOOONG month it must have been for him!”

Madison’s owner, Andrea Gaylord, told ABC10: “Imagine the loyalty of hanging in in the worst of circumstances and being here waiting. It was so emotional.” 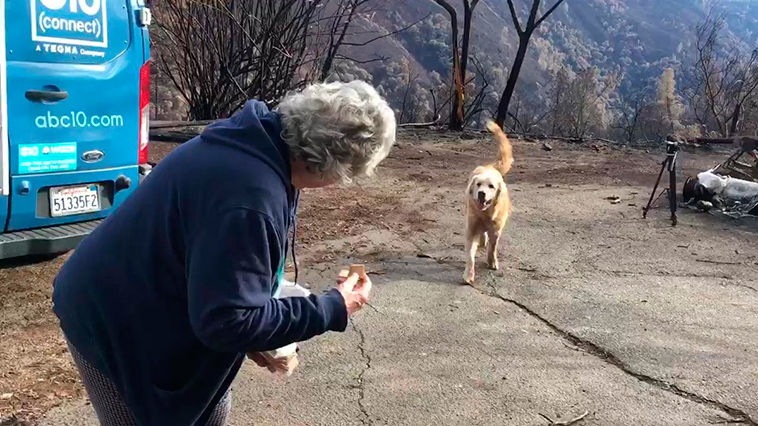 Giving hope to anyone still waiting to be reunited with their beloved pet, Shayla commented: “I am sure as more people return the fur babies that survived the fire WILL know their people are back!

“Ignatious did and now Madison! Here’s to many more reunions ahead! Keep the hope alive!”

The devastating Camp Fire started on 8 November and tore through more than 150,000 acres of land before it was finally put on 6 December.

Thousands of people were forced to flee their homes as hundreds of firefighter worked tirelessly to get the flames under control.

Eighty-five people lost their lives in the fire and three injured firefighters were injured.