A prankster from Poland, Sylwester Wardega, scared people with an extremely hilarious and scar prank. He had previously made modifications in public spaces where it appeared as if human parts were caught in giant spider webs. Apparently, the web was spun by a giant mutant dog-spider, which was the dog Sylwester dressed up like a spider.

The dog in action, Chica, was a great actor and enough safety was taken by the team to ensure that the dog does not get hurt.  Read on and have a look at their videos on YouTube to know how scary and funny this prank was. sawardega.pl | Facebook (SA Wardega) | Facebook (Chica the DogSpider) | Youtube (h/t: lostateminor) 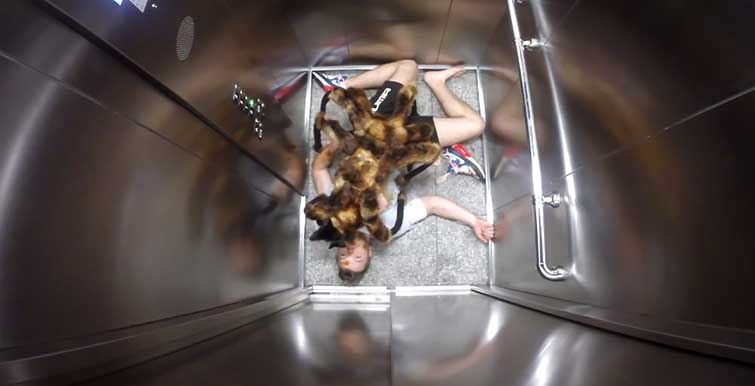