Poor pooch Negão was abandoned by his owner, being left near a construction site for an upcoming Shell Garage in Mogi das Cruzes, Brazil. 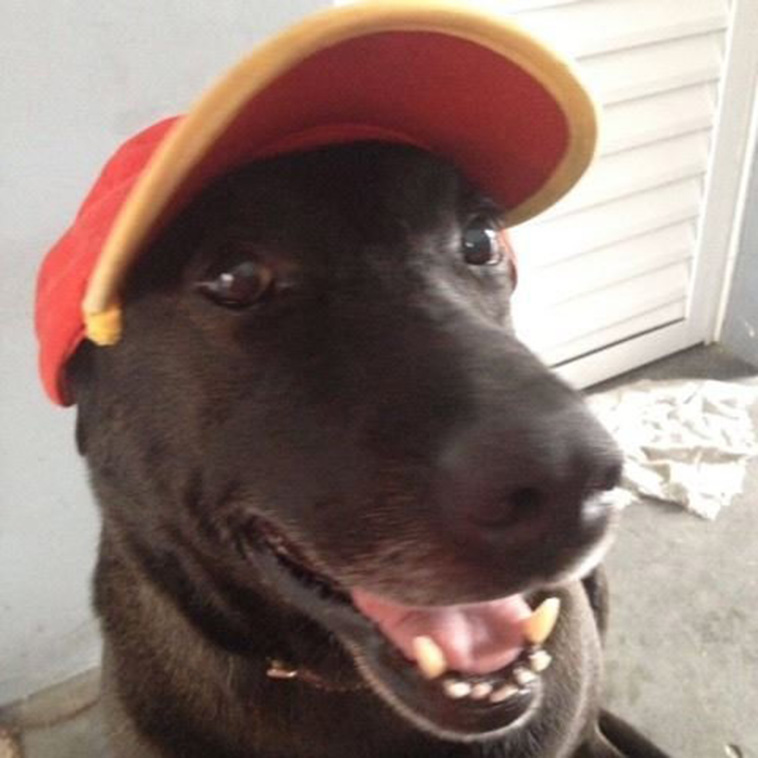 Luckily, he wasn’t left abandoned for long after garage co-owner Sabrina Plannerer found him. She decided to take the good boy in herself, providing a new loving family and home. 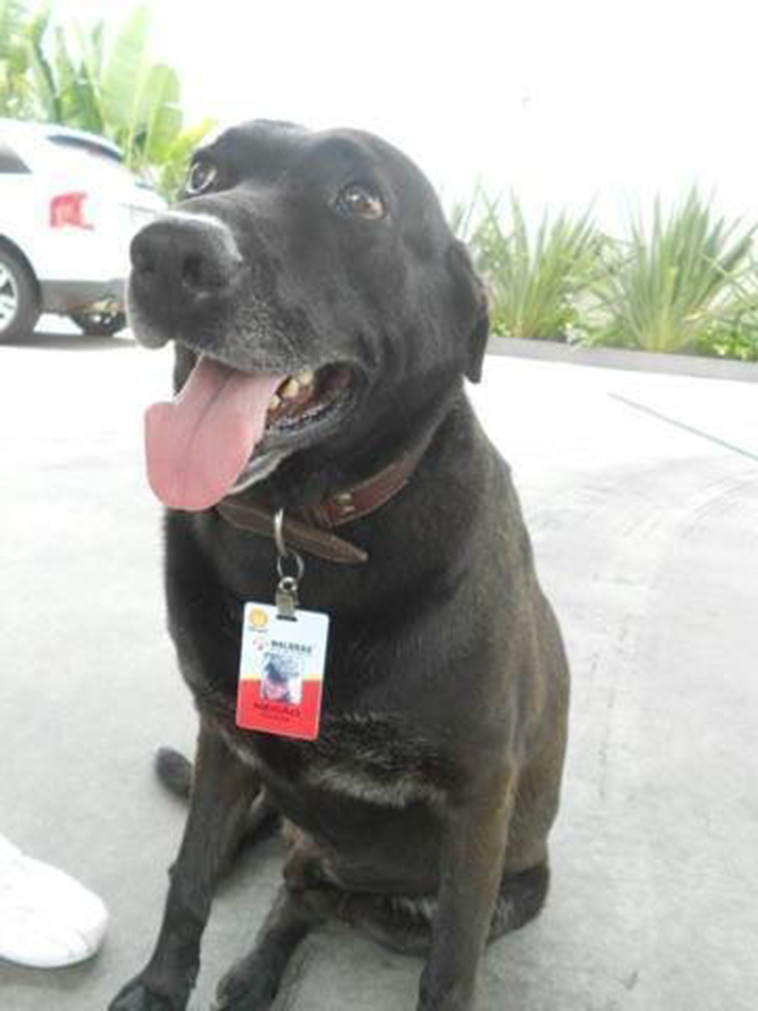 “We adopted him immediately and got him all the care animals need,” Plannerer explains. 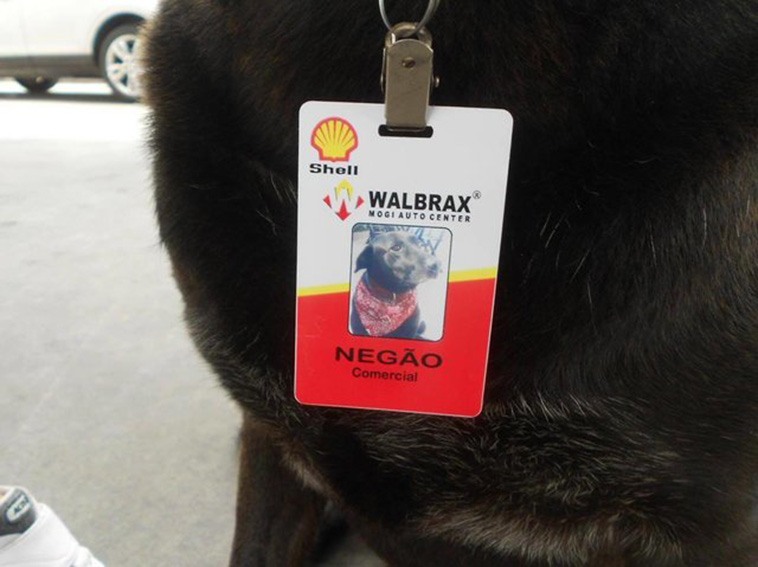 “We took him to the vet to get vaccinated and de-wormed. We bought him food, a dog house, and a leash to take him on walks.” 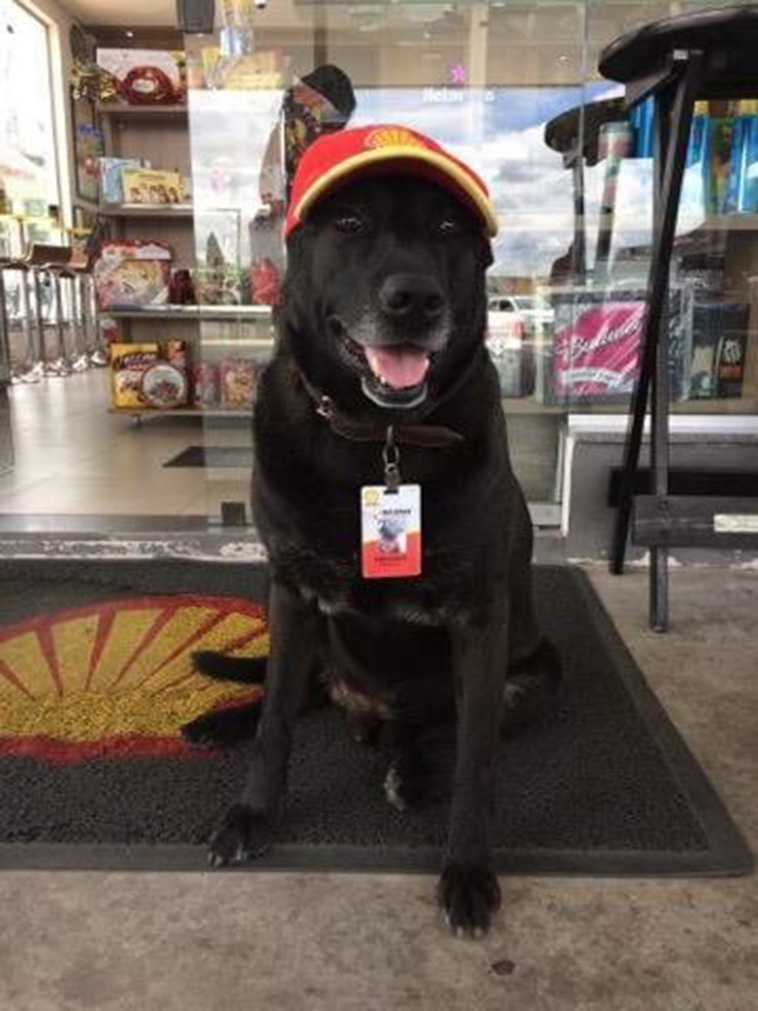 Even better, Negão found himself with a new job too, becoming the official greeter at the newly opened Shell Garage. To make the position official, he was given employee ID that he wears at every shift! 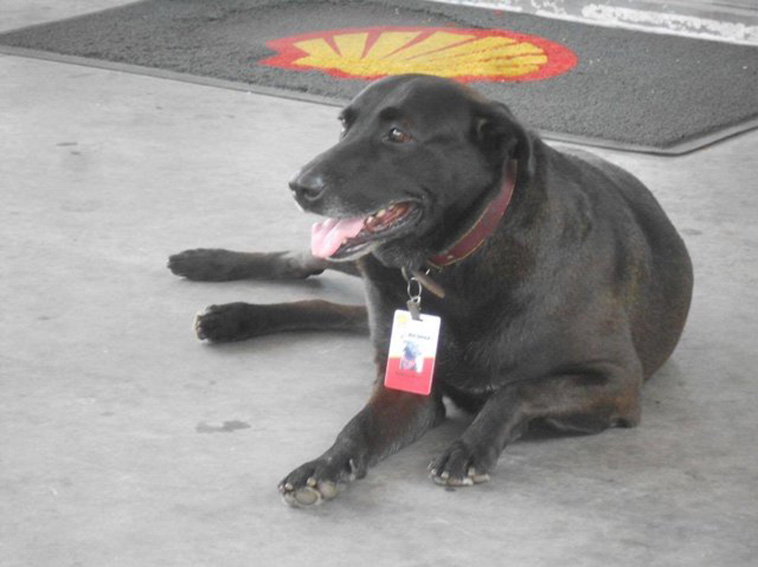 “Negão waits for people to arrive, and then goes up to say hello, winning them over with his charms,” Plannerer adds. “Customers love him. Some people even bring him toys.” 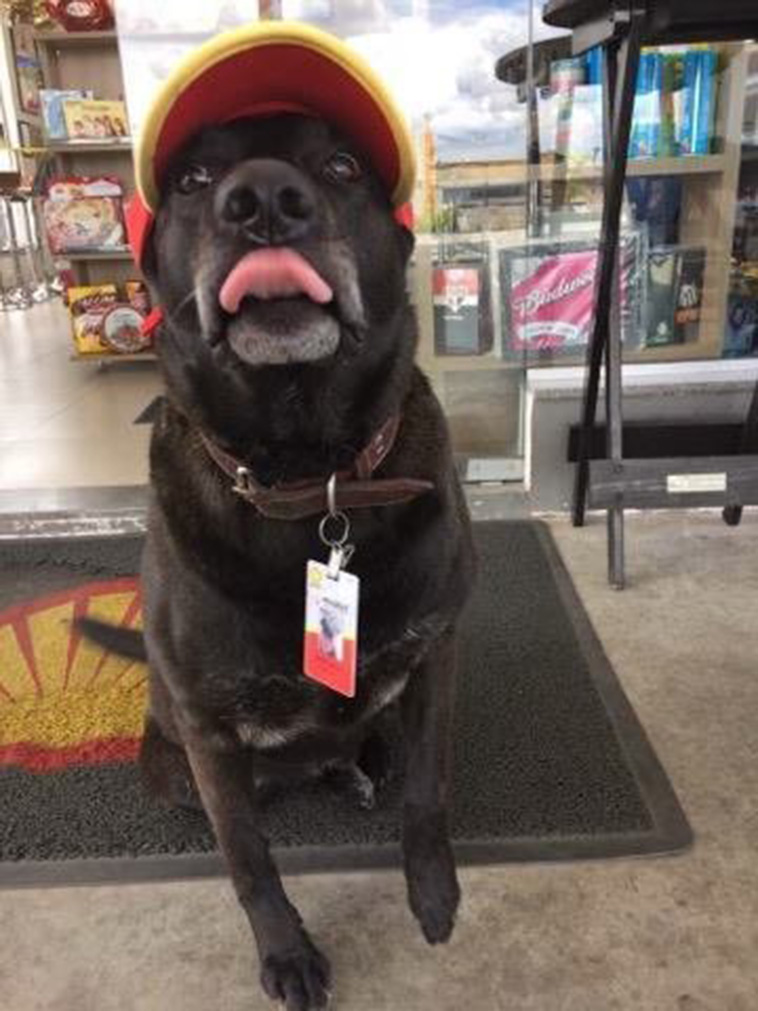 He’s given standard breaks like any employee would, giving a nice long walk with one of his co-workers. Although he has been caught sleeping on the job, his boss doesn’t seem to mind, which we can understand!