Recently, two dogs were rescued in different weeks in South Carolina and they both were in harsh conditions before they were adopted. However, it took them only a while before they could understand each other.

While Simon is a one-year-old border collie who had a terrible experience with his former owner simply lifted his hand and placed it on Sammie’s, the four-month-old Sammie also had a terrible past as he was dragged by a car, spray painted upon and then shot. 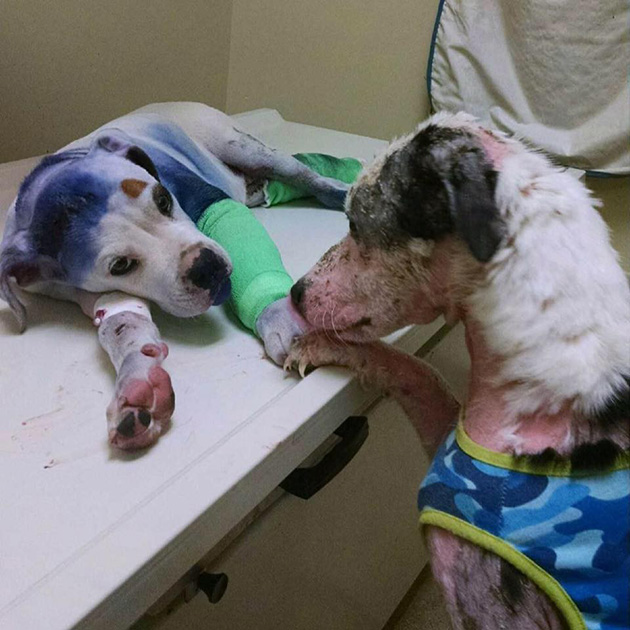 However, after undergoing several medical procedures, Sammie was rescued.

There is a high level of compassion and understanding between both the dogs, said the co-founder of Rescue Dogs Rock NYC, Jackie O’Sullivan. 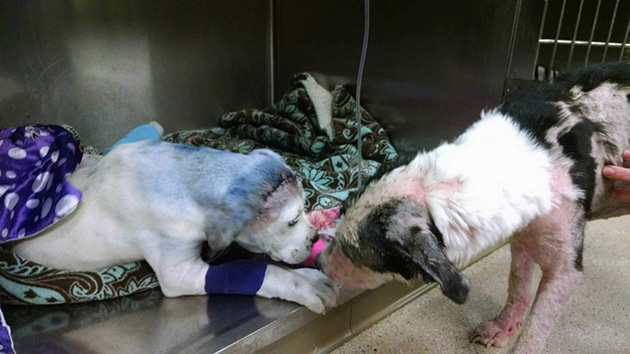 They understand each other due to their terrible pasts or it might also be due to the wonderful future waiting for them, all thanks to Rescue

Dogs Rock NYC, which gave them the much-needed treatment and got them out of danger.

Despite their traumatic pasts, they will be healthy and alive! 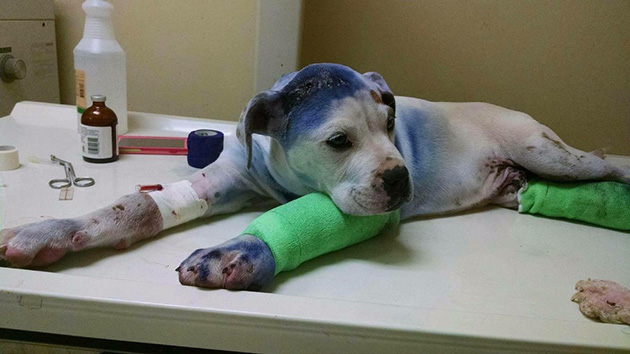 Simon and Sammie are always by each other’s sides in the veterinary clinic.

Sammie has a long way to go before he recovers completely, while Simon is getting back to normal soon and might get adopted soon! 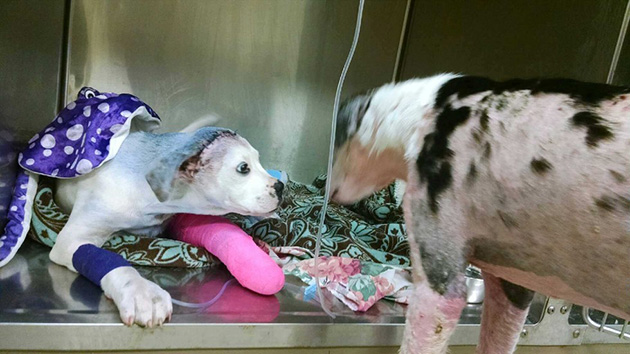 Sammie will need a few more therapies and surgeries before he is back to normal and he might also need behavioral therapy as his puppyhood was not smooth.

But we are all happy that both Sammie and Simon are in the right place now and are being taken care of properly! 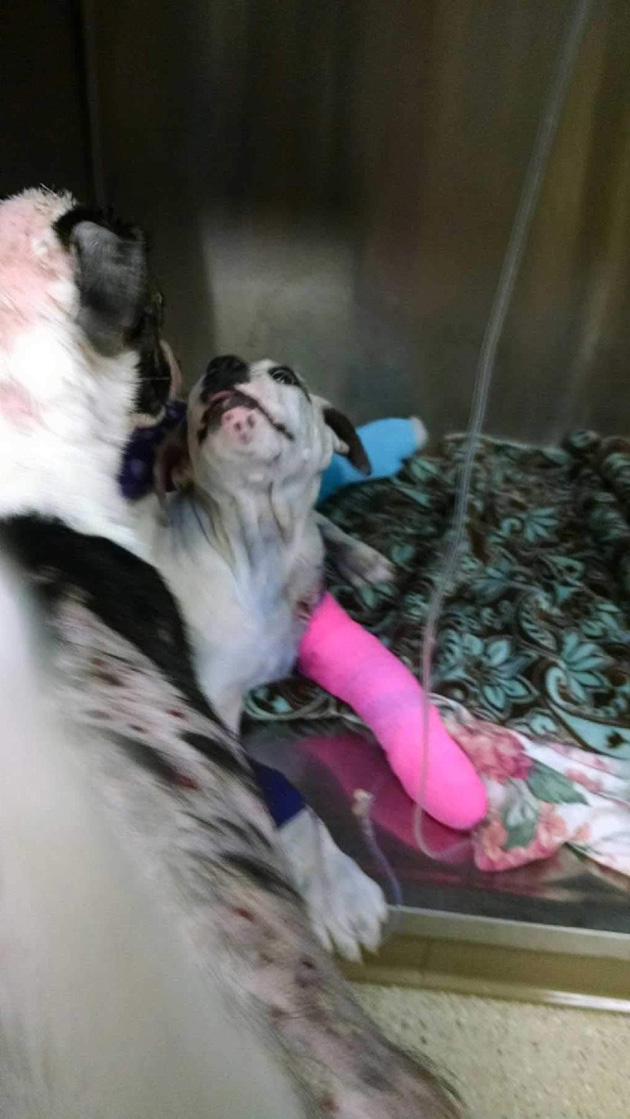