A dog and a cheetah at the Metro Richmond Zoo were both looking for someone else to love.  When the two met they became best friends forever.  Kumbali the cheetah was the runt of his litter and had to be separated from his mother. 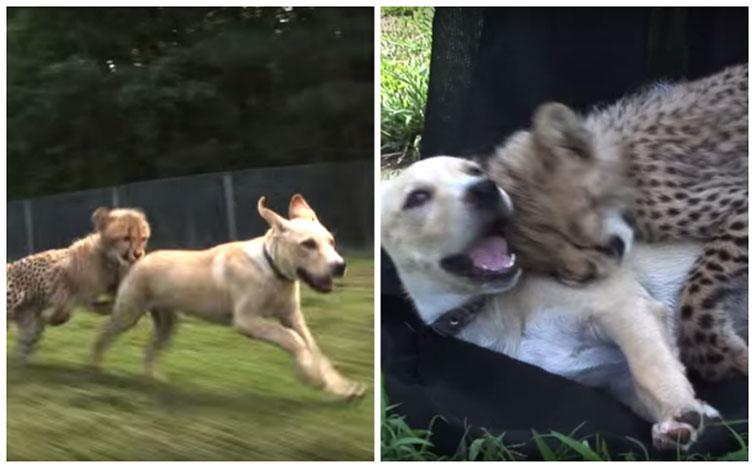 Without having his mom there to love him, there just wasn’t something right. Cheetahs and dogs have always had a natural relationship so when these two met it wasn’t bound to be anything but love. 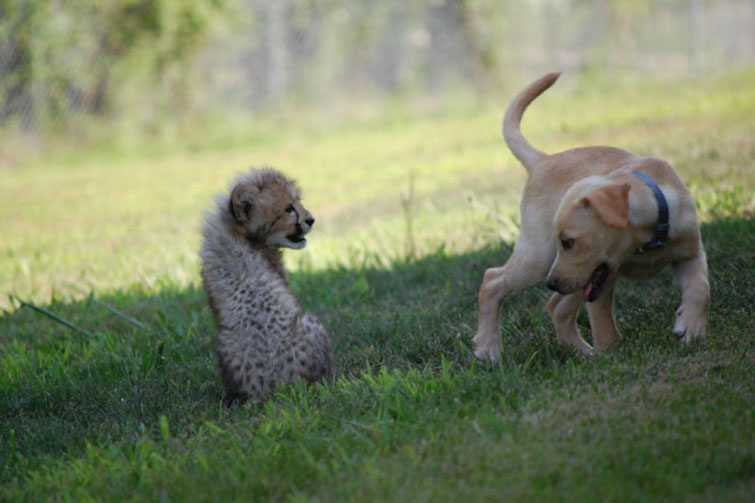 The two now play together and even cuddle together.  When Cheetahs form bonds with dogs they often don’t feel comfortable without the dog there so the two are very hard to separate. One of the unique things about this pairing is that as long as Kago the dog is around Kumbali is much more calmed down.  That means that interactions with him and staff are a lot easier.

It also means that he fears less and won’t run and hide. Many zoos have been using cheetahs for the exact same reason.  For example, the San Diego Safari Park has a cheetah run exhibit where zoo goers get to see a cheetah at top speed.  However, the number of people that come to watch would normally scare the cheetah away.  A dog has been brought in to run with the cheetah to make him feel more comfortable, and the show, it’s amazing. Animals have been finding friends in other species for ages.  Most of these mixes are very cute, some of them are even comical.  In this case, it is very adorable.