Working for Walt Disney Studios as a visual artist for over 16 years, Brian Kesinger managed to grow a huge fan base with his artistic work outside of the movie industry.  Through animation, he created a whole new universe using Calvin & Hobbies as your favorite characters from Star Wars.  Specifically, the characters from the movie The Force Awakens!

Brian grew up in the 80s living on Star Wars, Disney movies, and comic books.  This helped develop his skills to work on many incredible films and projects that are just jaw dropping!  In an interview, he admitted that he is a huge fan of Bill Watterson, the creator of Calvin & Hobbies.  He was absolutely struck how Watterson could draw just about anything from fierce dinosaurs flying fighter jets to adorable stuffed tigers.

Mr. Kesinger admitted he is not the first to play around with Calvin & Hobbies and turn them into pop culture.  This artist who worked on many projects including Tangle, Tarzan, and Wreck-It-Ralph said he just wanted to make these project just his own original ideas.  Once he connected with Kylo Ren who was a complicated kid like Calvin, it hit home with people.  His implied comparison with Darth Vader, Kylo’s imaginary friend, just solidified everything! 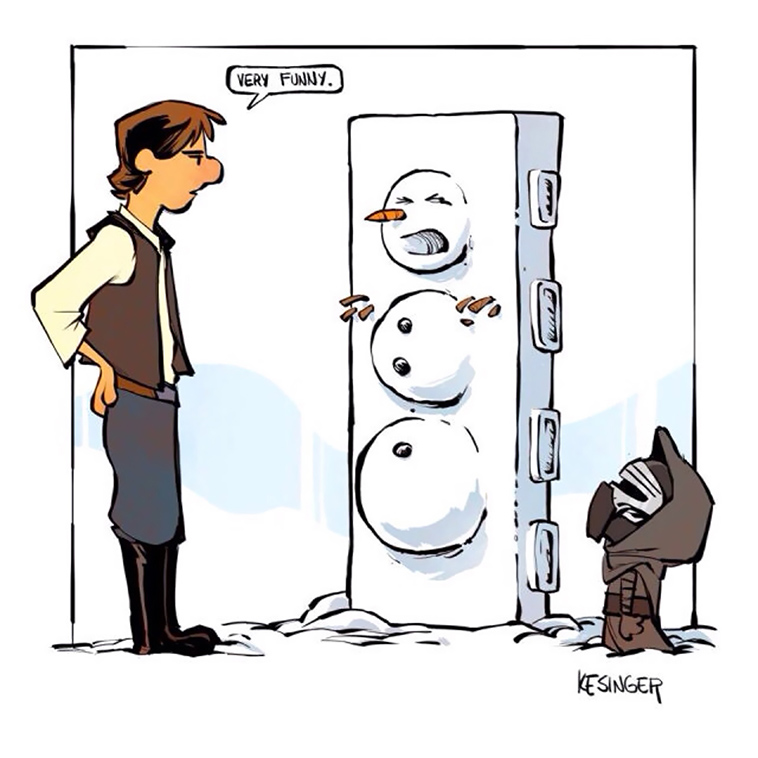 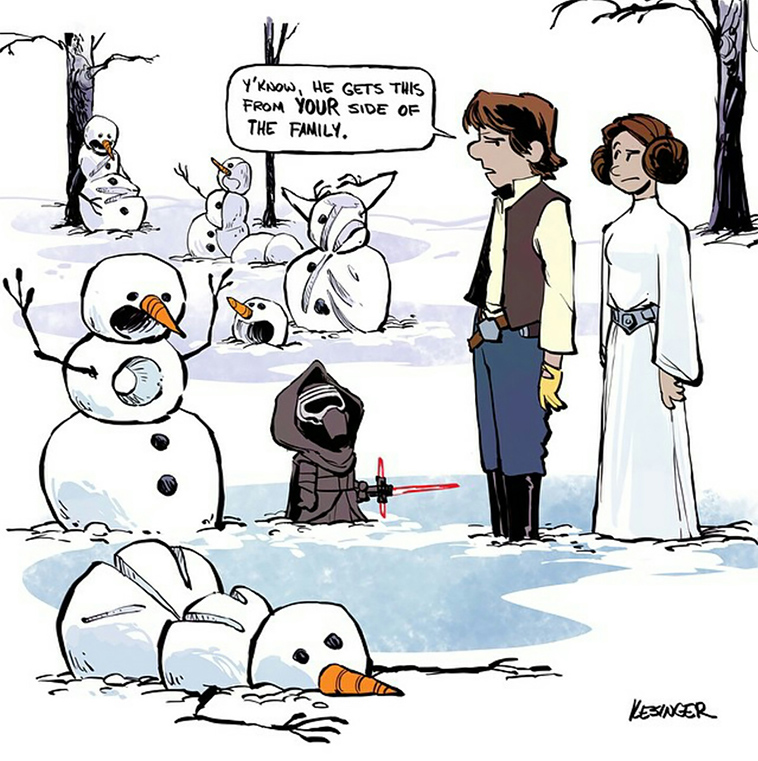 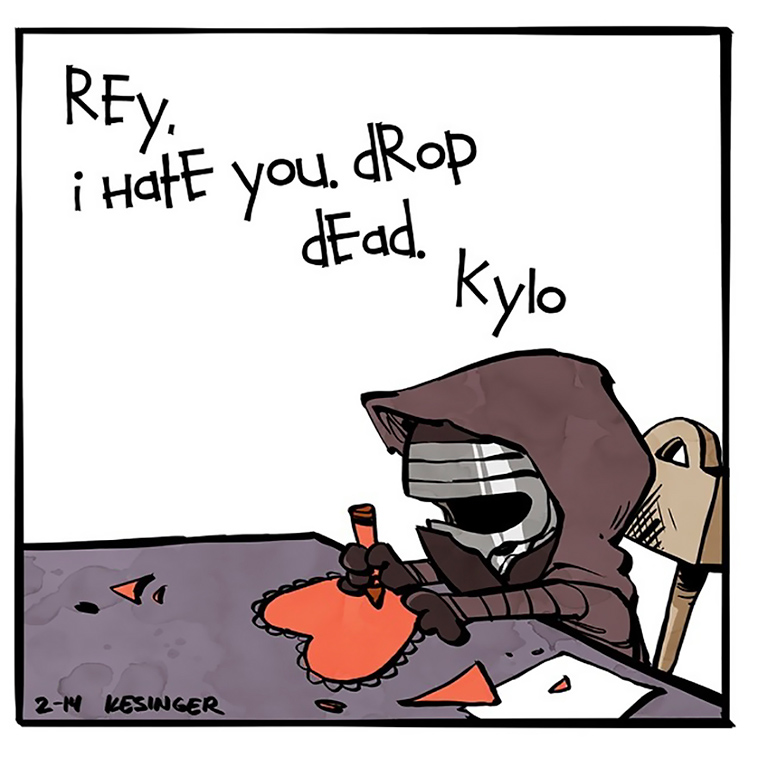 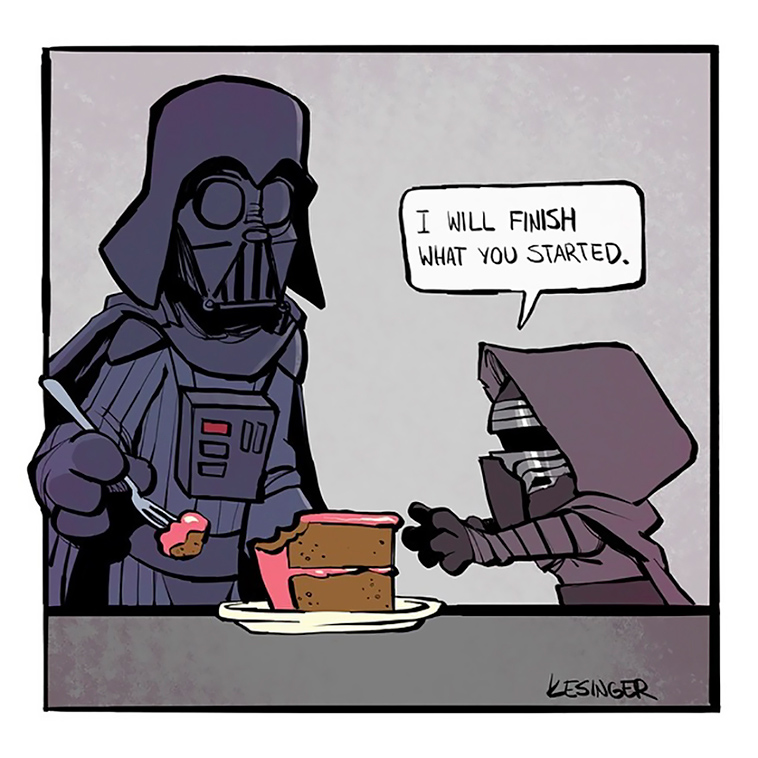 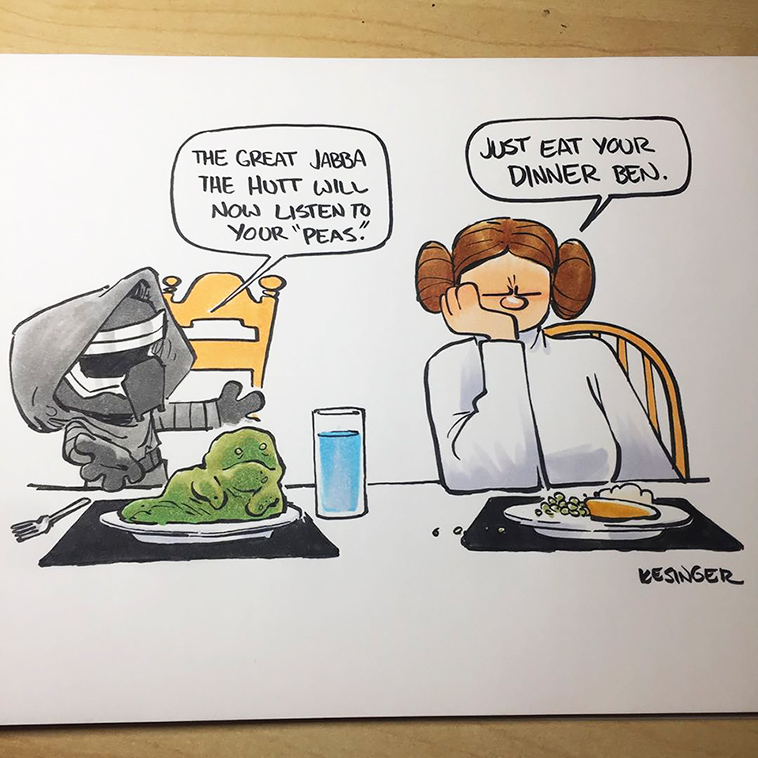 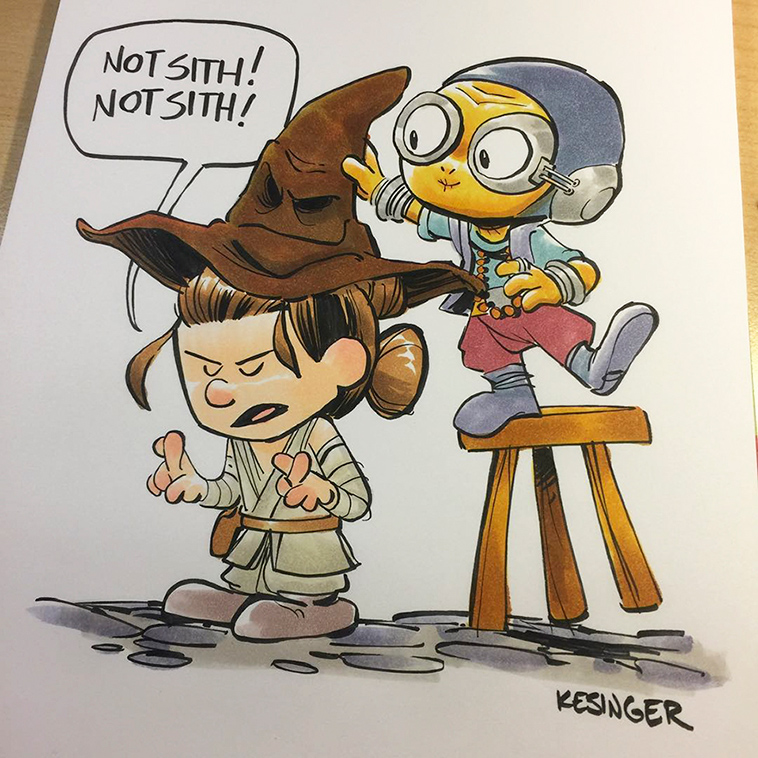 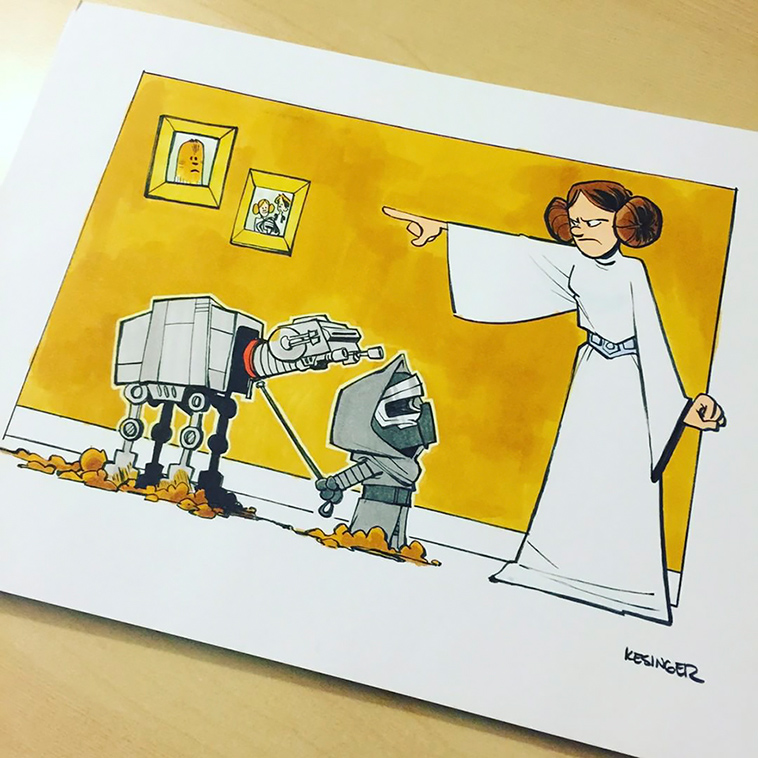 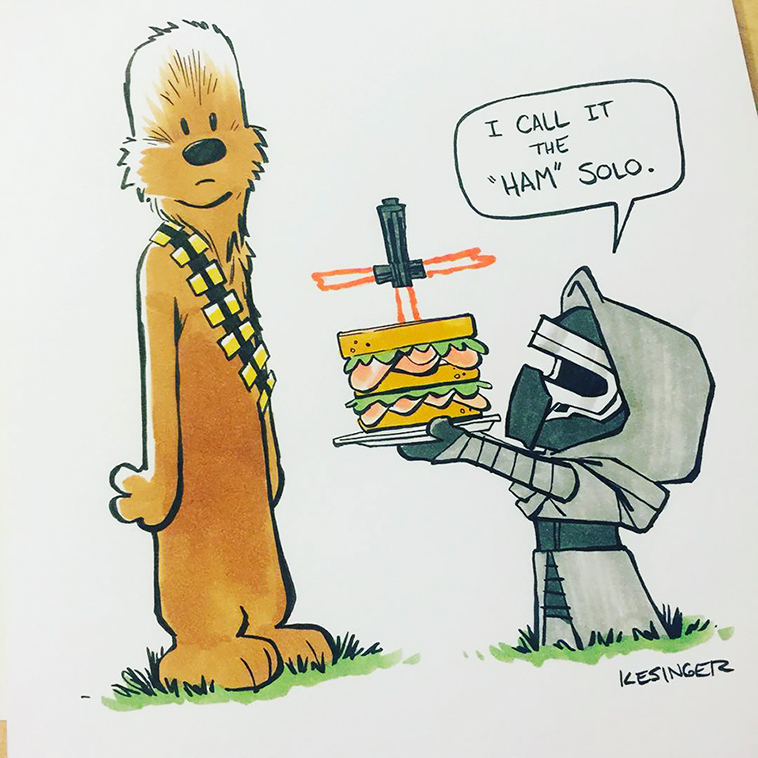 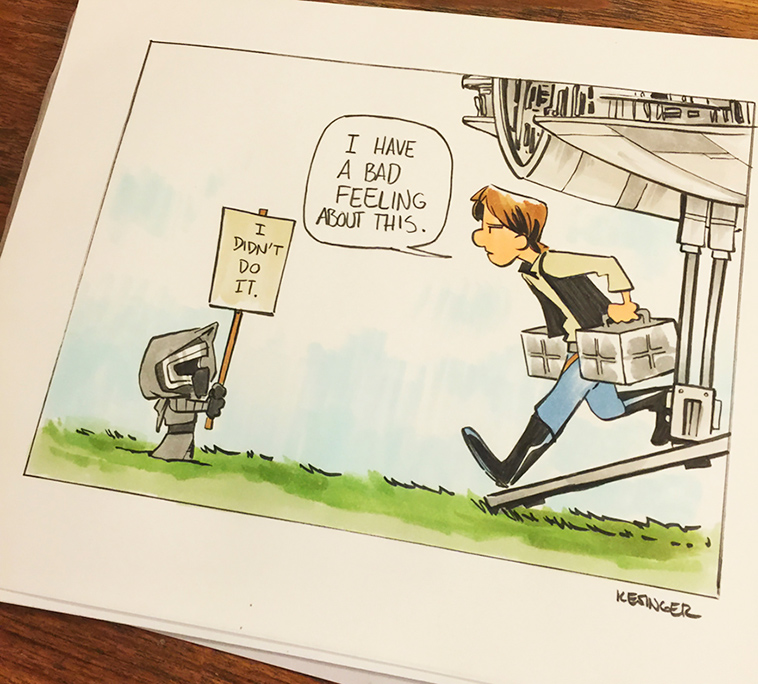 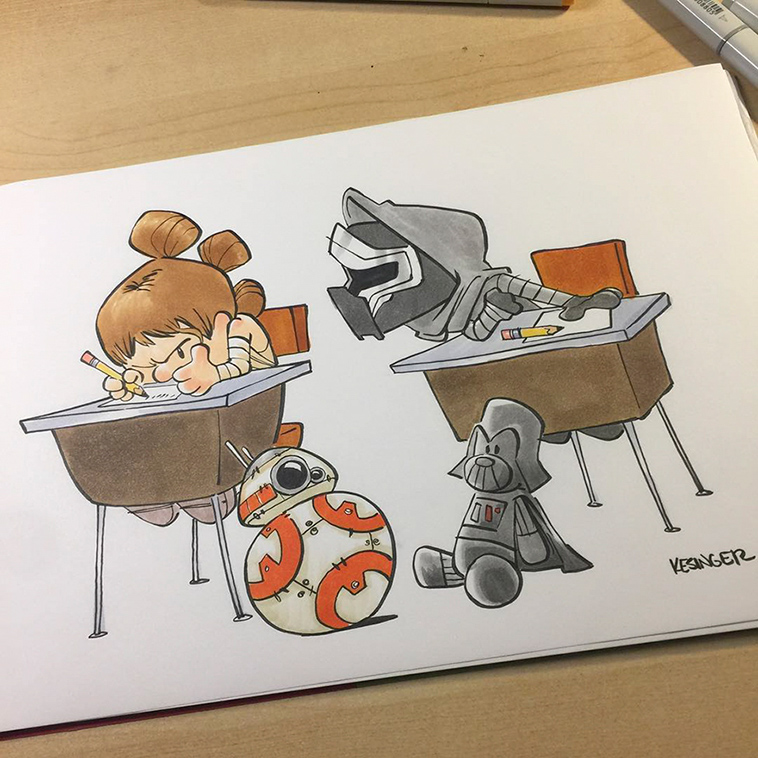