If you can’t hide from the enemy, confuse them.

Dazzle camouflage, also known as razzle dazzle (in the U.S.) or dazzle painting, was a family of ship camouflage used extensively in World War I, and to a lesser extent in World War II and afterward.

The idea is credited to the artist Norman Wilkinson who was serving in the Royal Naval Volunteer Reserve when he had the idea in 1917.

After the Allied Navies failed to develop effective means to disguise ships in all weathers, the dazzle technique was employed, not in order to conceal the ship, but rather to make it difficult for the enemy to estimate its type, size, speed and direction of travel. After seeing a canon painted in dazzle camouflage trundling through the streets of Paris, Picasso is reported to have taken credit for the innovation which seemed to him a quintessentially Cubist technique. 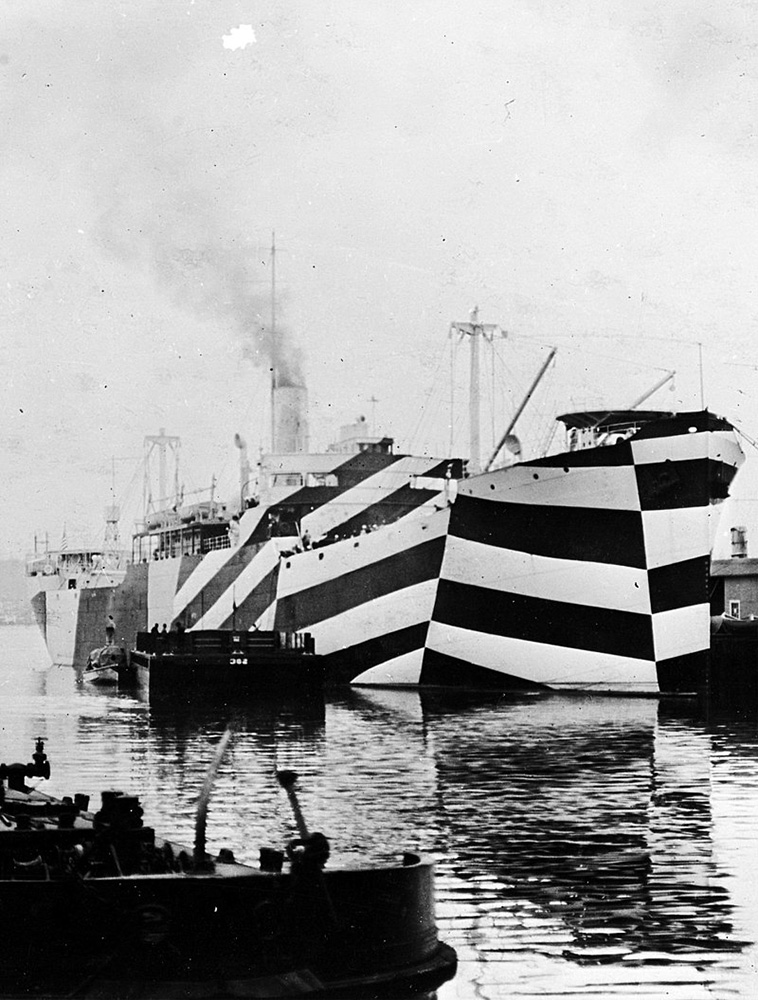 HMT Olympic, RMS Titanic‘s sister ship, in dazzle camouflage while in service as a World War I troopship, from September (1915) 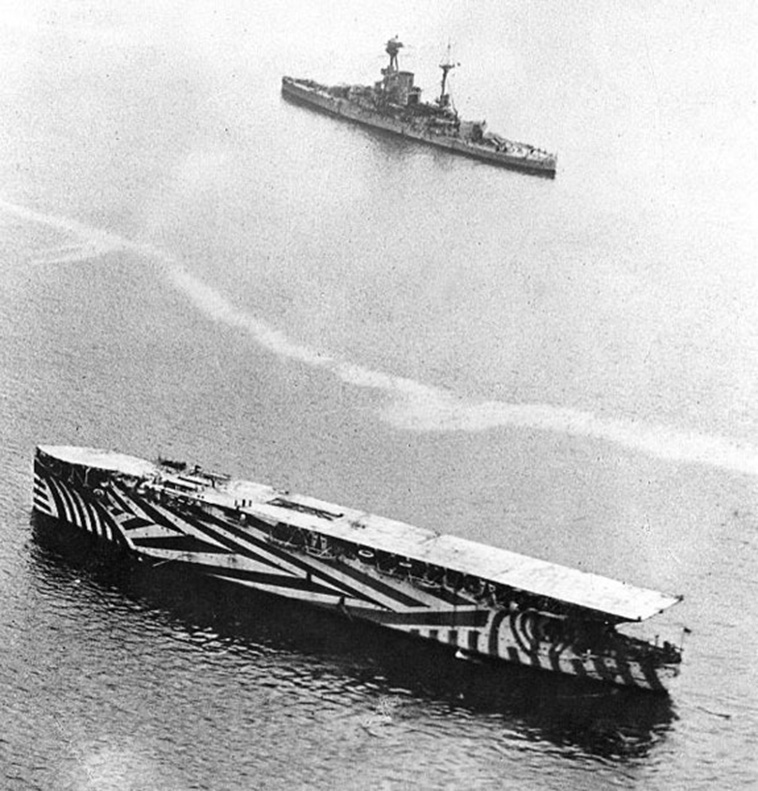 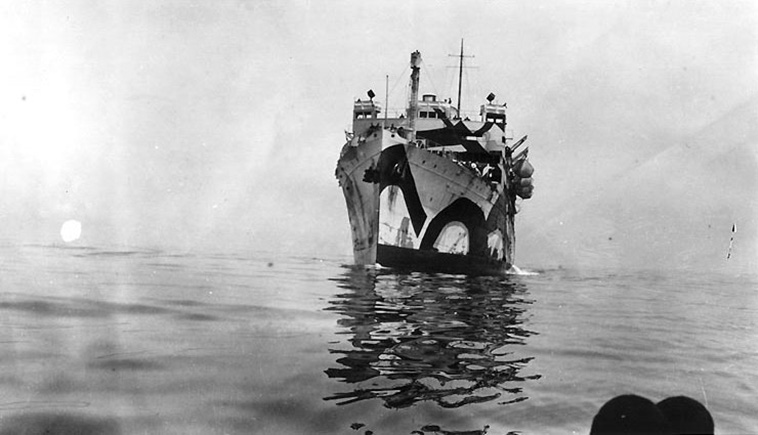 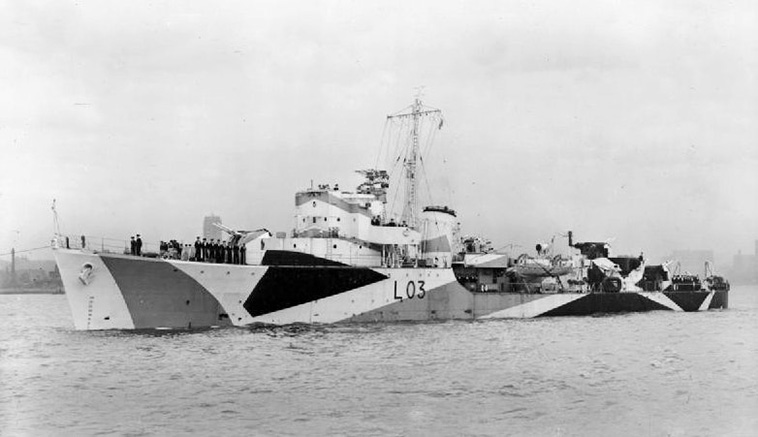 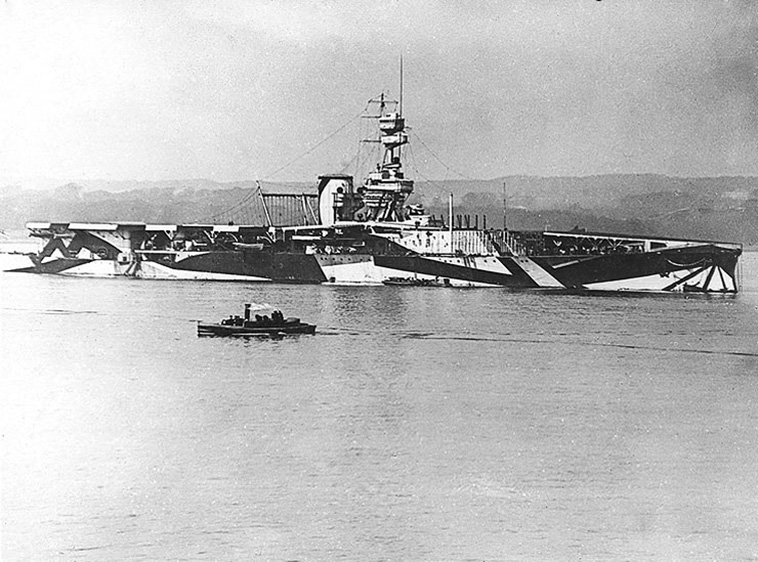 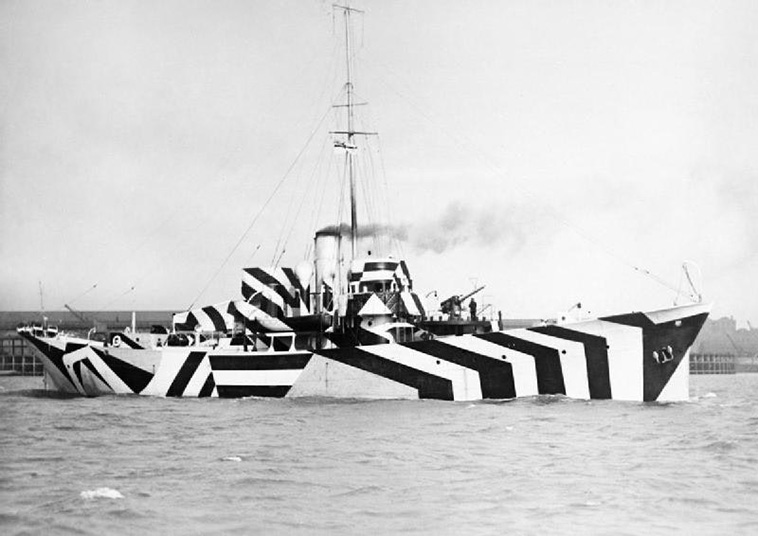 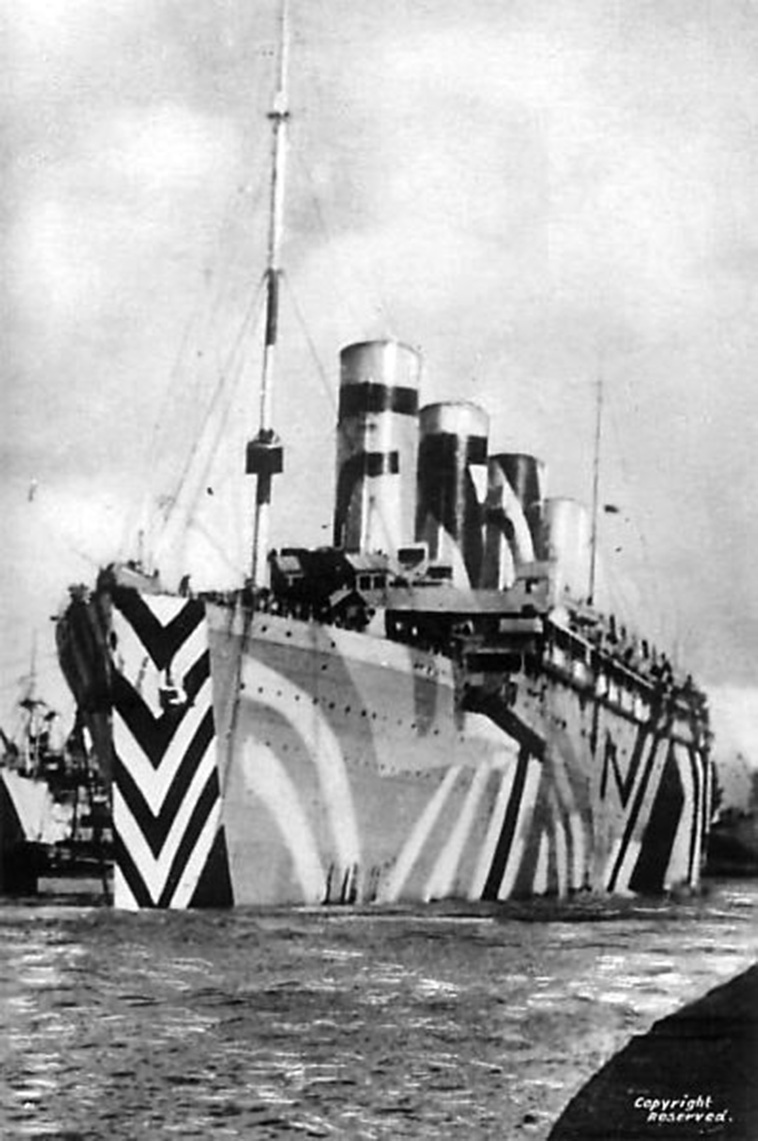 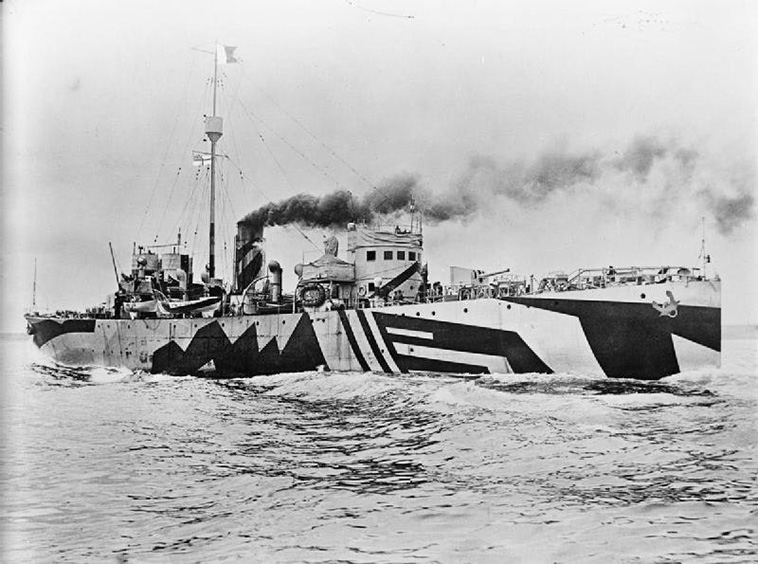 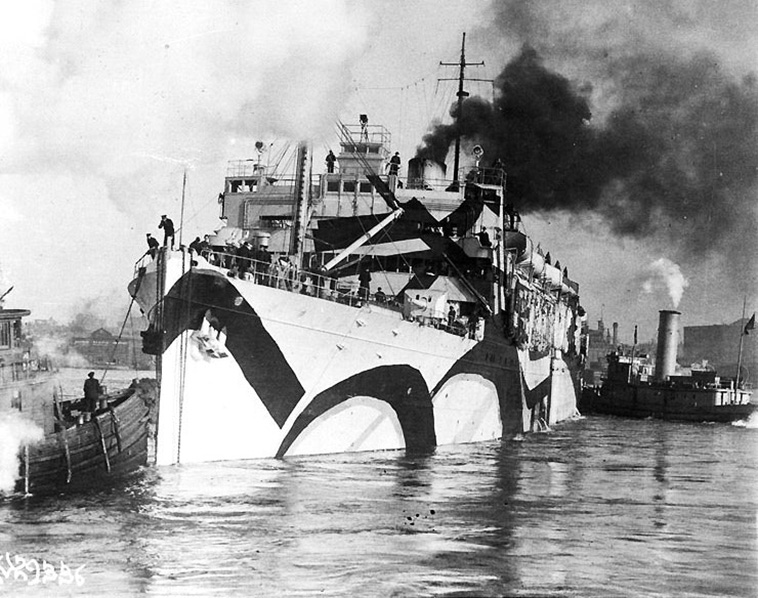 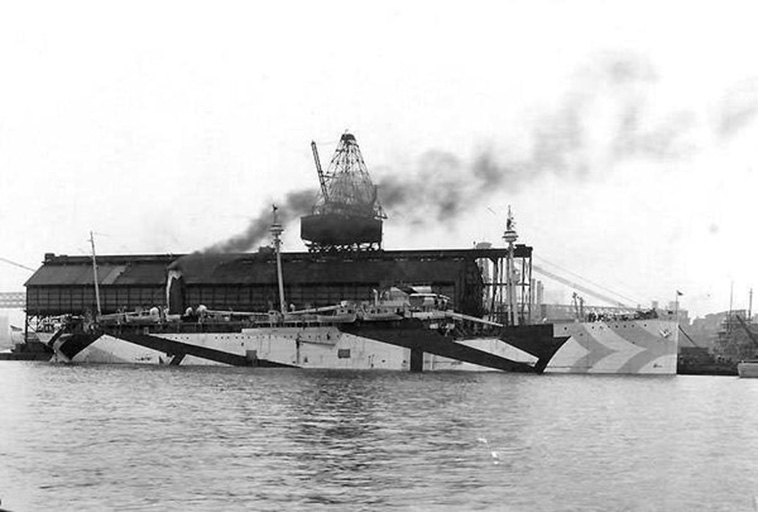 (The collections of the Imperial War Museums via Wikicommons)