There are all sorts of beautiful creatures in the sea that most people don’t know about. Costasiella kuroshimae, known as leaf sheep, is a type of slug that lives in the sea. Observers think they resemble cartoon sea sheep because of their flat white face, leafy body, and dark beady eyes. These cartoon sea sheep only grow to a length of 5 mm and are located off the waters of the Philippines, Indonesia, and Japan.

Costasiella kuroshimae feeds on green algae in the sea and produce energy from their food’s chloroplasts through a “kleptoplasty” process. These cartoon sheep are unique because they are the only organisms in the world that are not plants and can still conduct photosynthesis. The sheep can produce enough energy through kleptoplasty to stay alive for a couple of months. 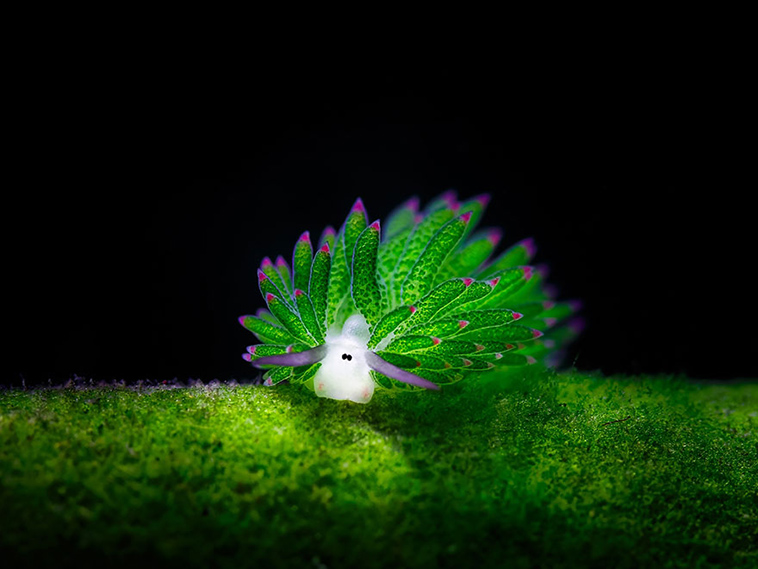 It is one of the only creatures in the world that can use algae to photosynthesize! 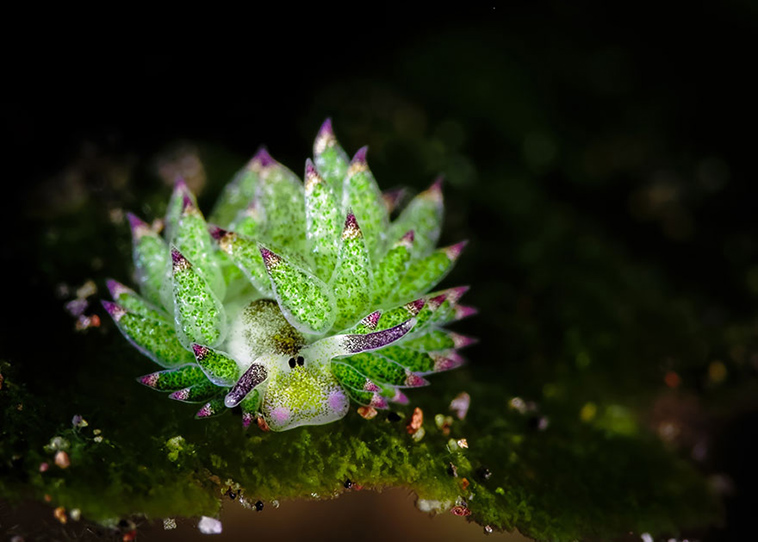 Discovered in 1993 off the coast of the Japanese island Kuroshima, leaf slugs have been found in the waters near Japan, the Philippines, and Indonesia. They have two dark eyes and two rhinophores that emerge from the tops of their heads that look not unlike sheep’s ears or insect antennae, hence the common name “leaf sheep.” The rhinophores have fine hairs that sense chemicals in the water, enabling Costasiella kuroshimae and other sea slugs to find food sources. 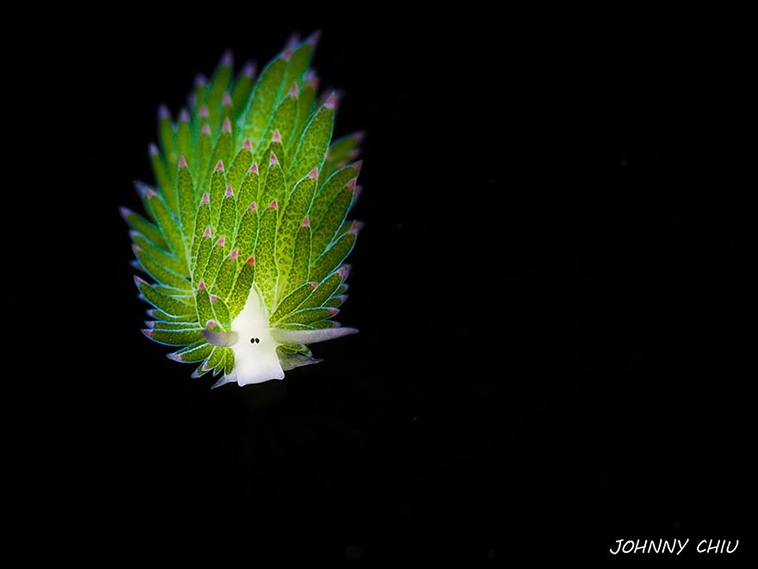 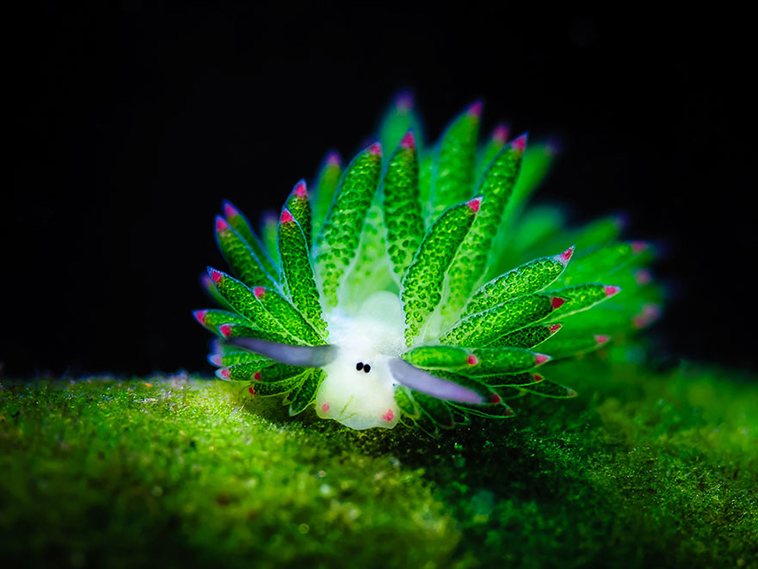 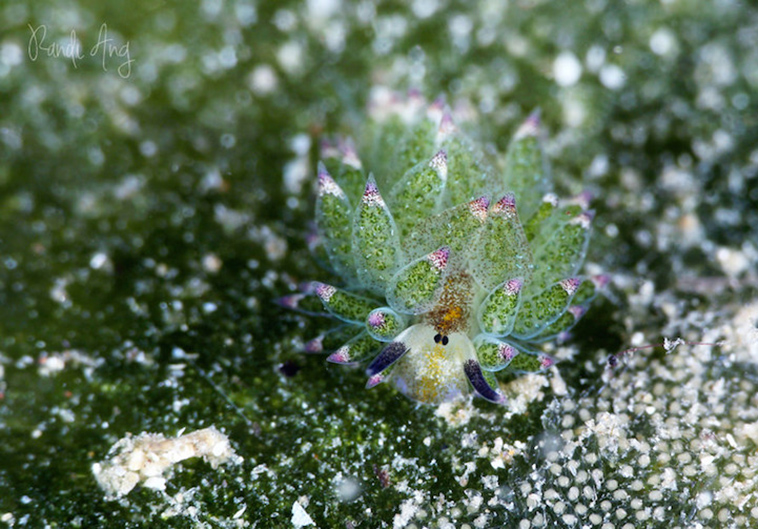 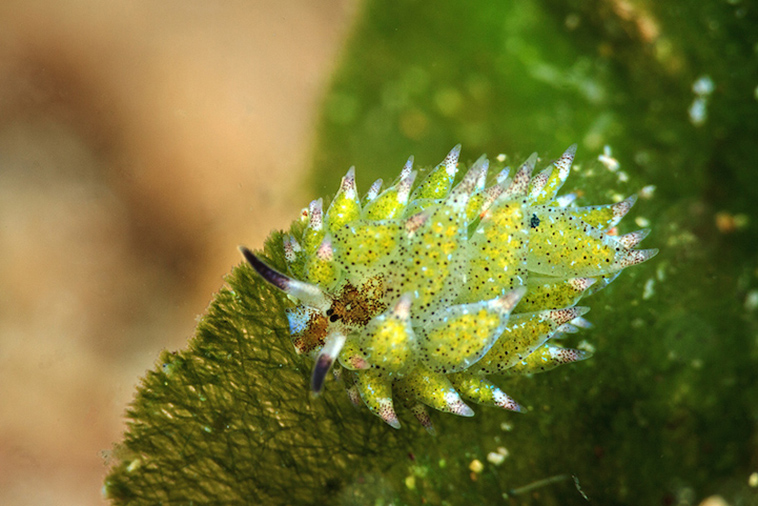 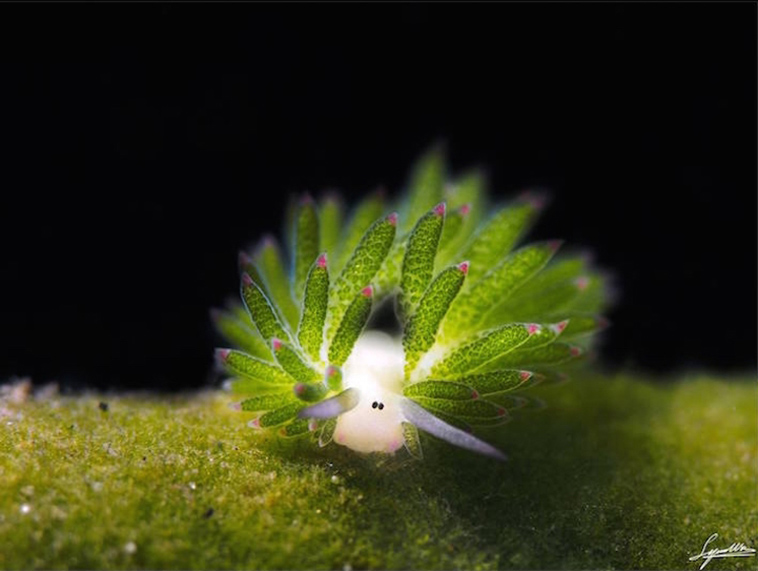 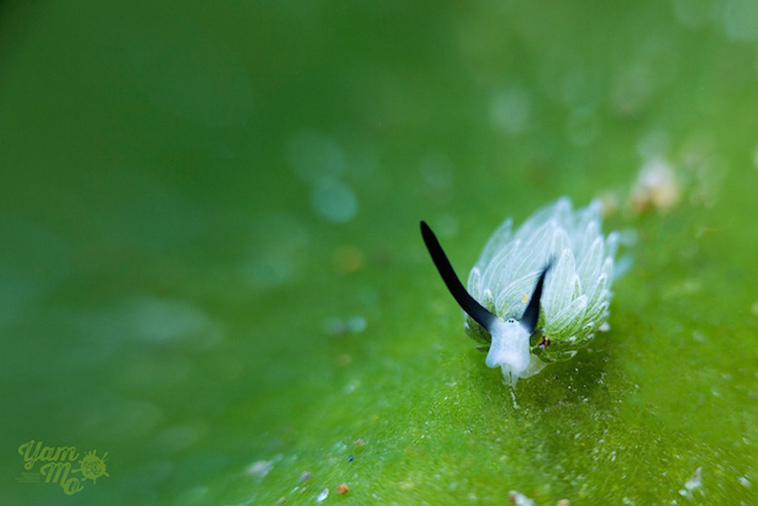 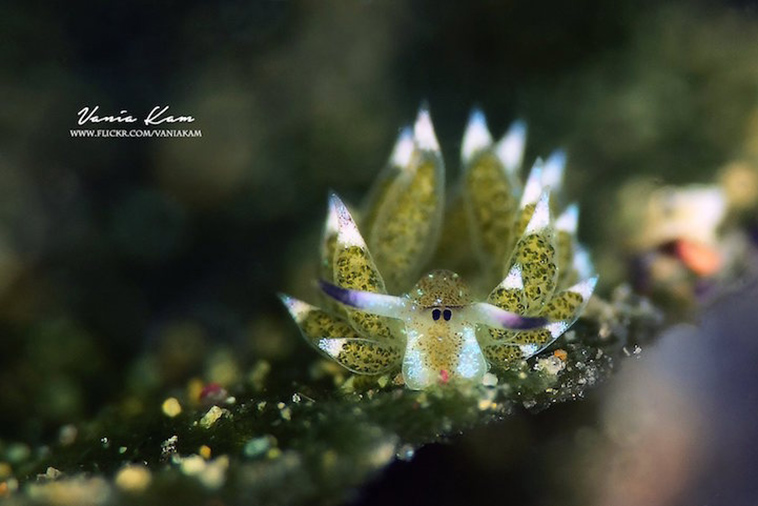 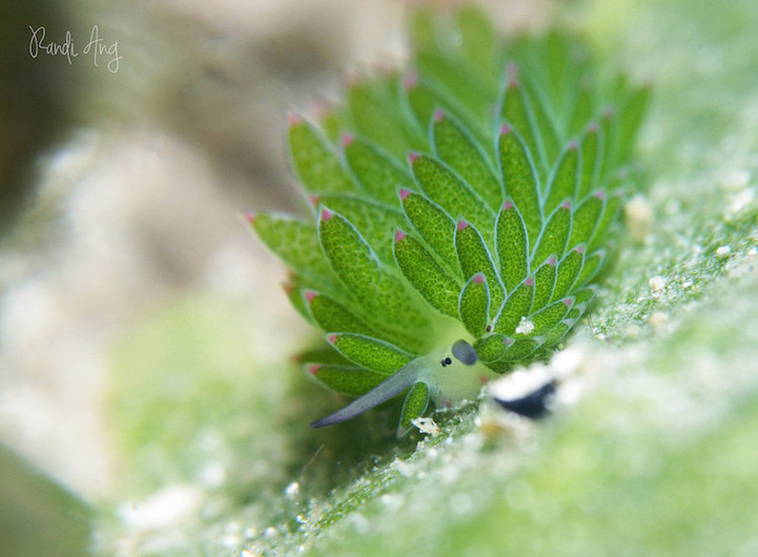 If this cute little ‘leaf sheep’ has inspired you to see sea slugs in a new light, then check out this adorable ‘sea bunny’ sea slug to seal the deal!