Have you ever wondered how or what it would look like if animals interacted with each other the way we do?

Well, wonder no more as Elizabeth (Liz) Climo whom we wrote about a while ago has captured these moments in her illustrations of animals in everyday conversations. She is a talented illustrator who draws up adorable animal cartoons for her comics. She also works on the production team of The Simpsons, like a storyboard revisionist and character artist.

She hinted at this on her website when she stated how demanding her day job can be and the fact that she can barely find time to work on the comics. As a creator of children storybooks she also uses her artistic talents to create greeting cards. Her story is inspiring because after studying art at San Jose University her application to the school of animation got rejected. A few weeks later she got an offer to work on the Simpsons sitcom. The takeaway lesson from her story is simple- it makes sense to stay in school but if the school won’t keep you and you get a good job offer…Forge ahead and don’t turn around. 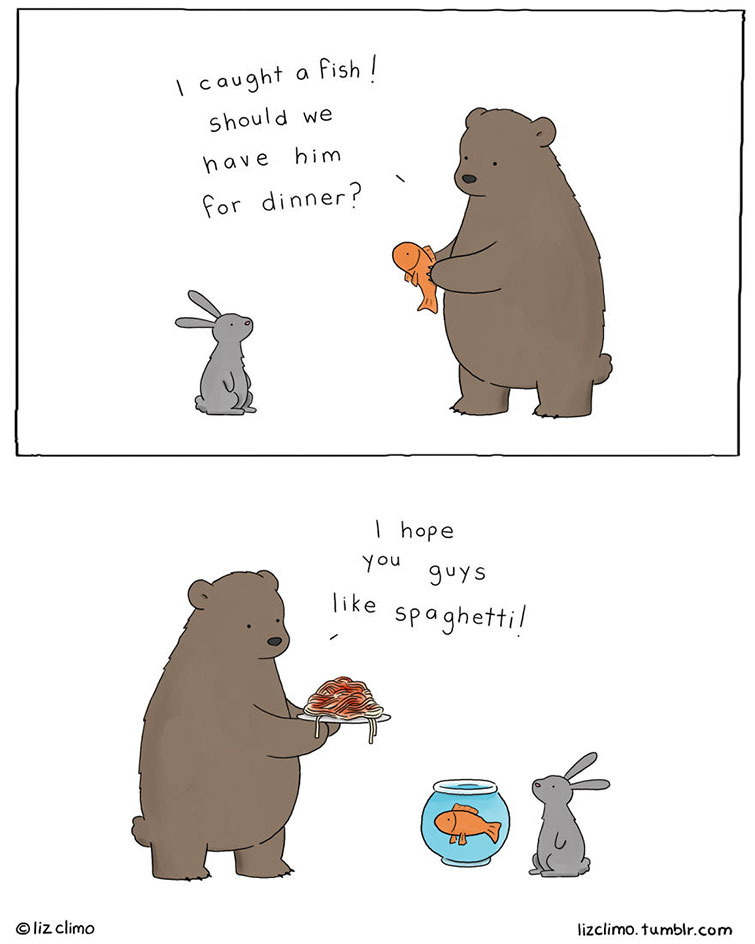 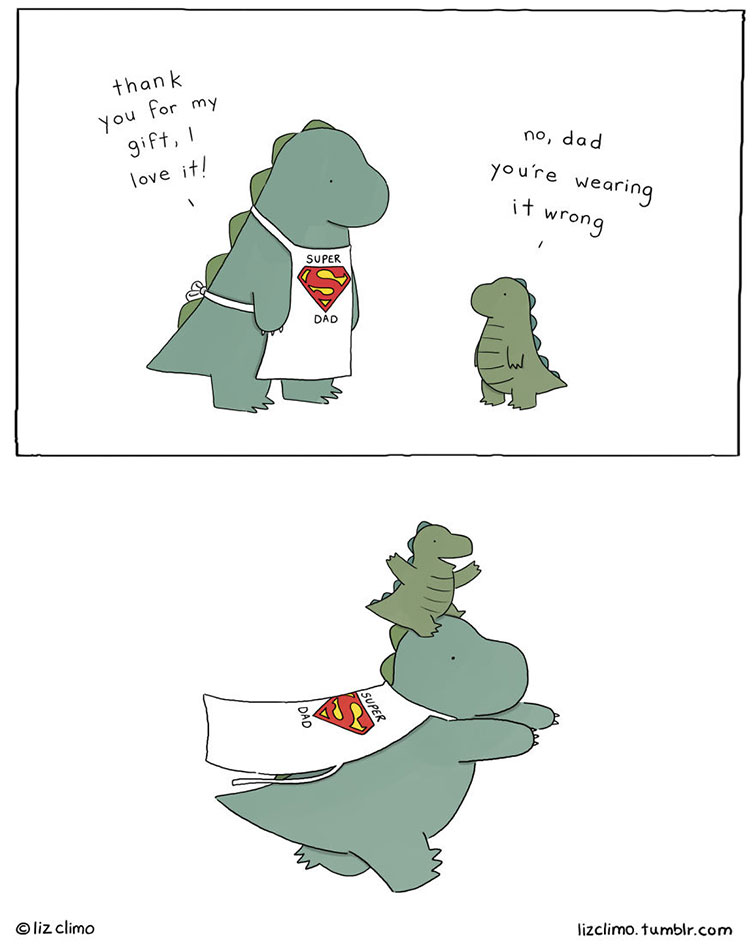 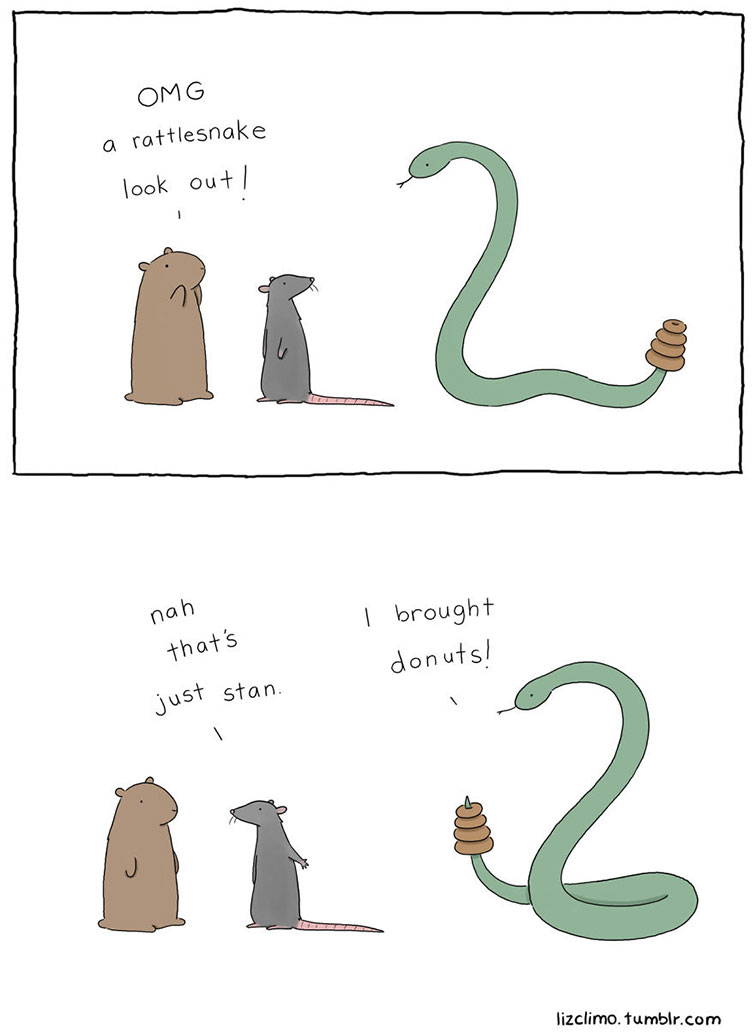 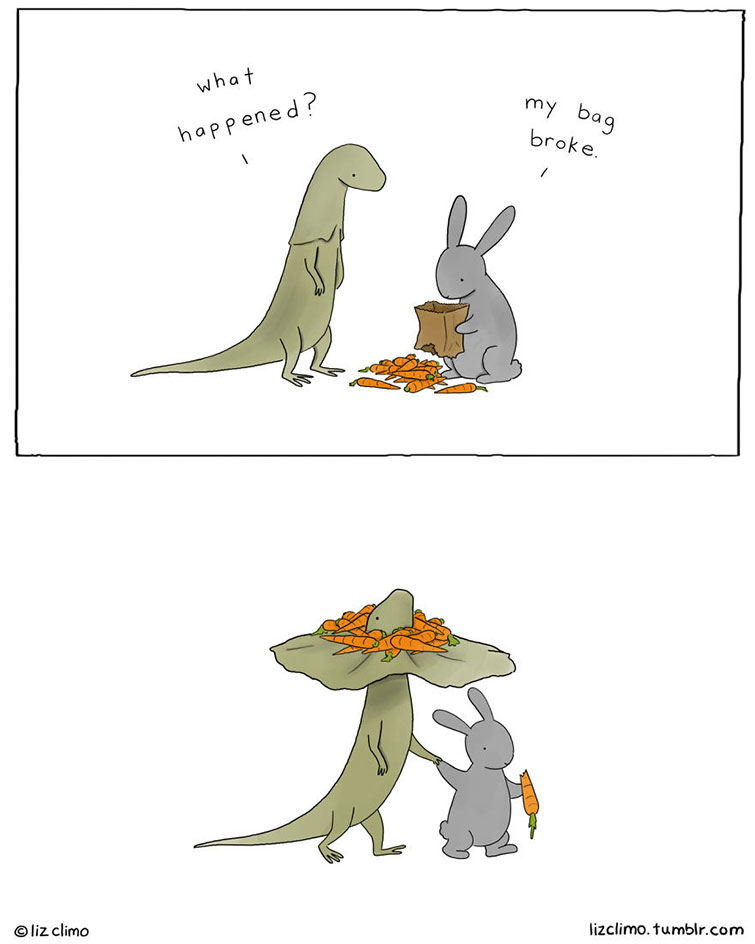 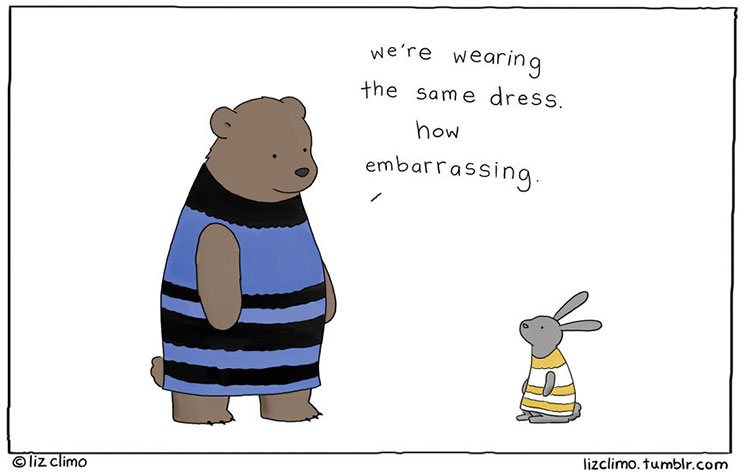 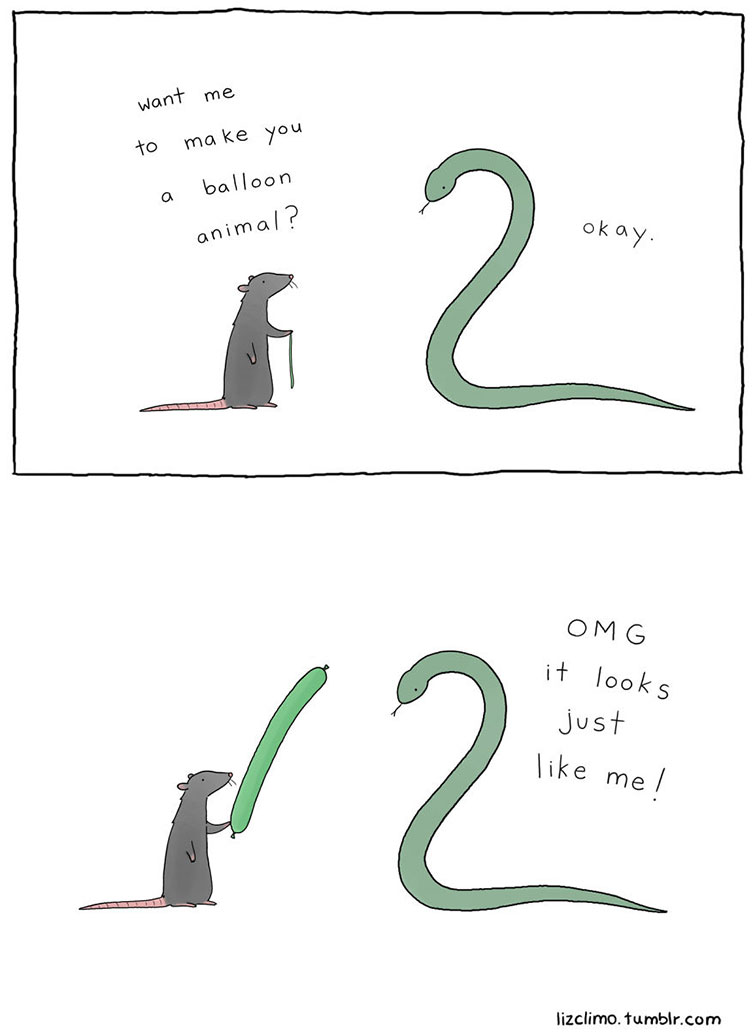 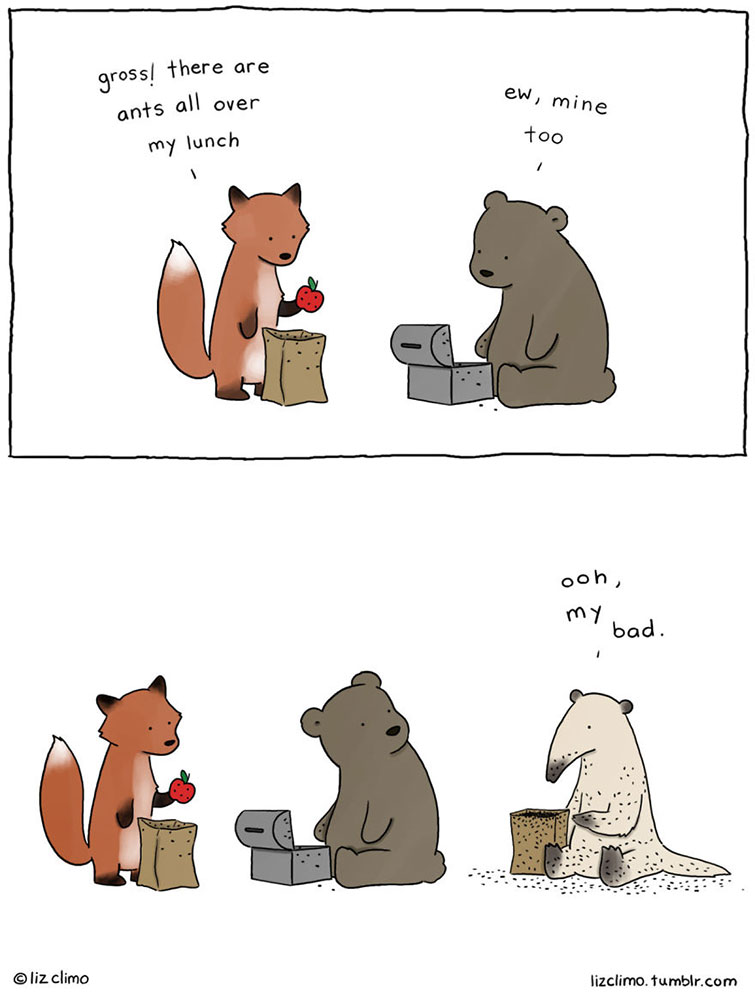 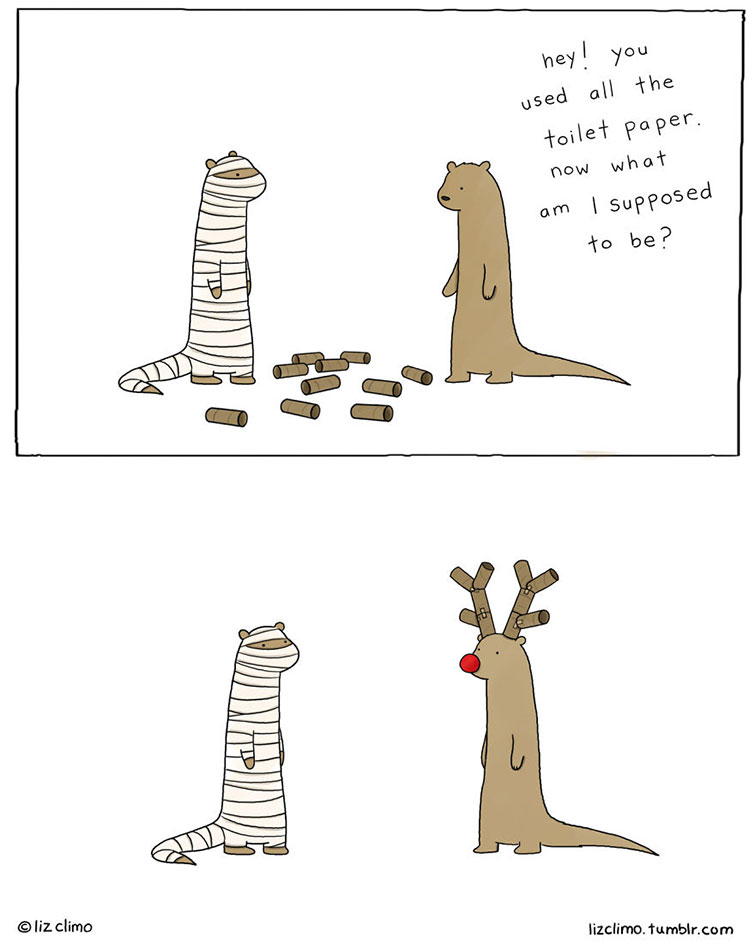 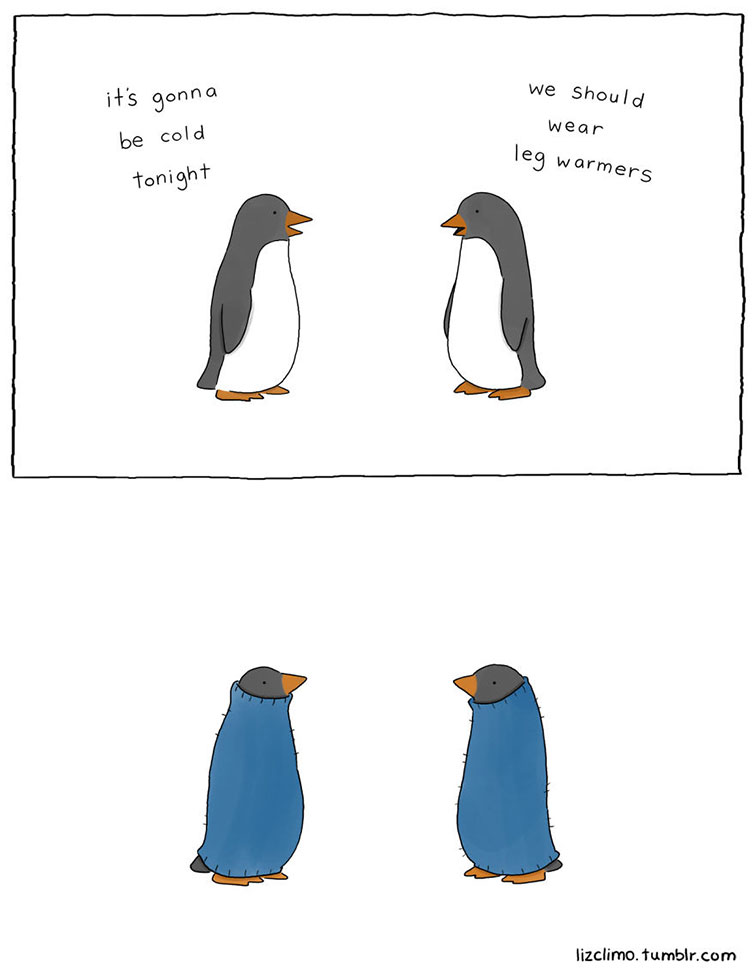 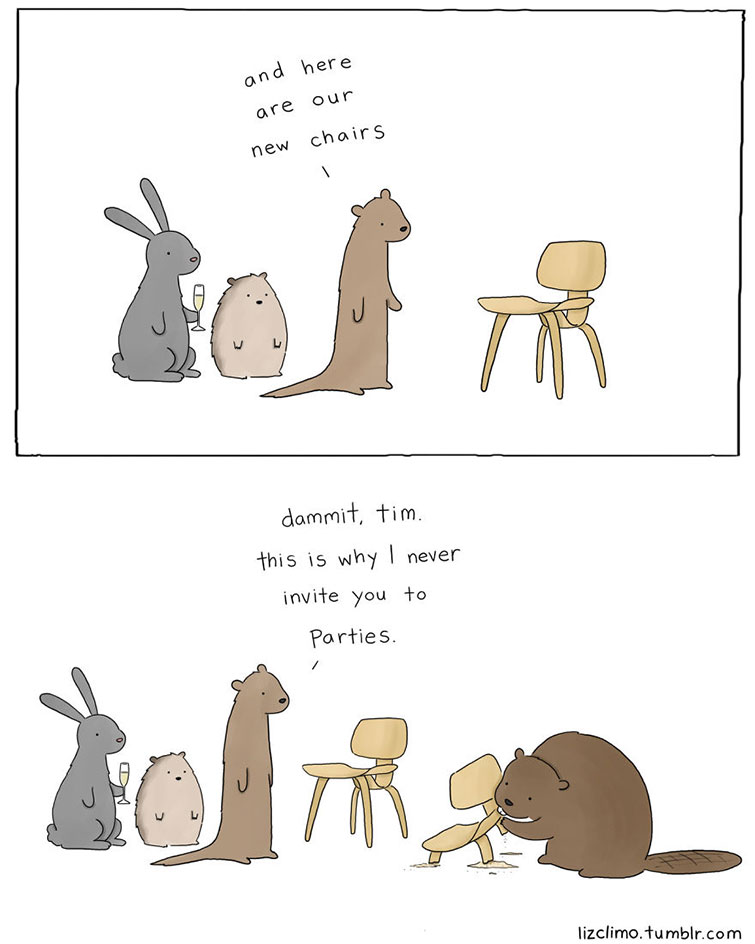 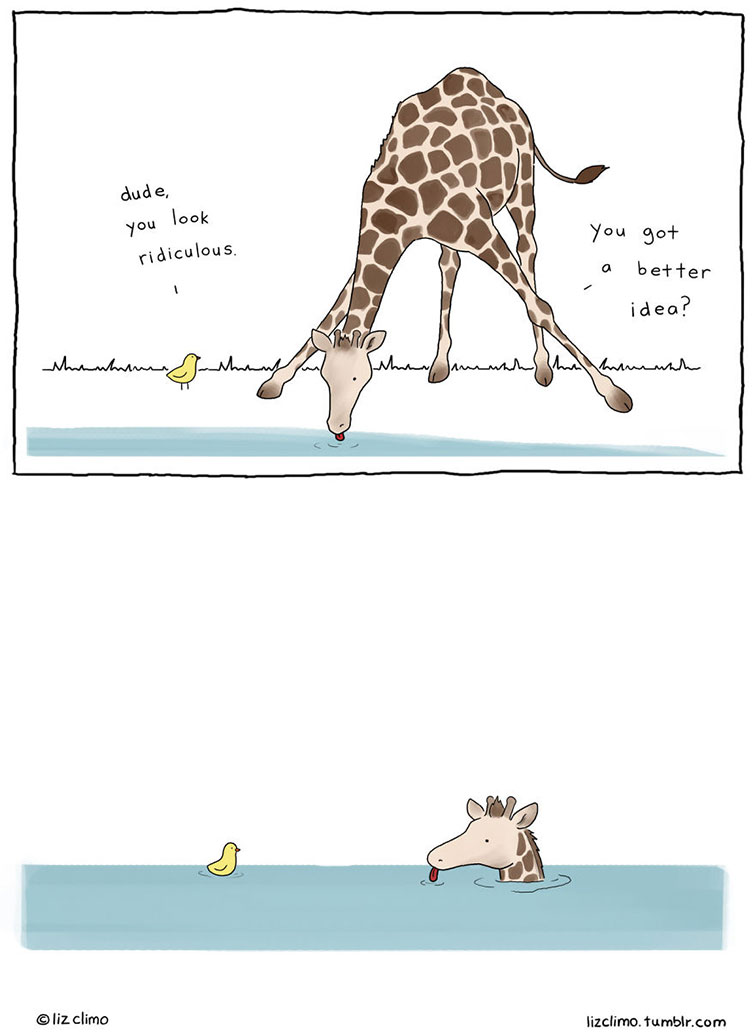 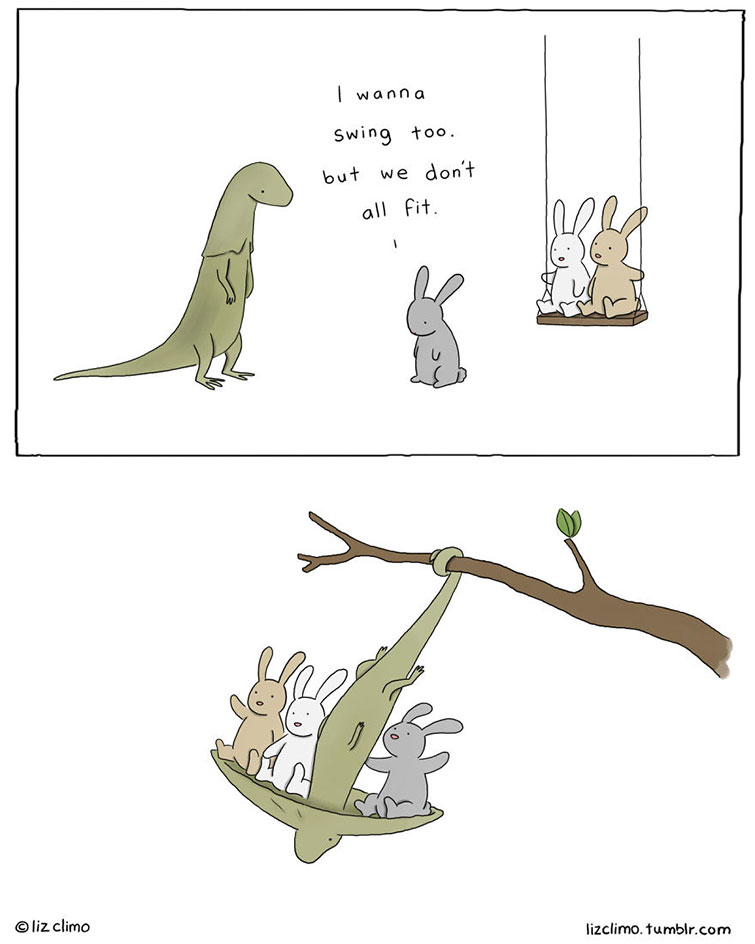