There is nothing worse than spilling a cup of coffee. Big or small, it’s a mess that needs to be cleaned up quickly unless you want a messy stain to appear. For one man though, that stain became the inspiration for an on-going series of artistic works = Coffeemonsters. Stefan Kuhnigk of Germany is a designer and copywriter who happened to spill his coffee at work one day. Something made him feel like turning the mess into a comical monster, using the marks of the coffee as the focal point of the design. Now it’s a pet project for Stefan, who continues to create Coffeemonsters of all shapes and sizes. The process involves spilling some coffee onto a sheet of paper, letting it dry for 4-6 hours, before coming back and using the coffee spill to design a new creature. They always tend to have a smile on their face as well as a charming back story upon completion. Stefan has numerous Coffeemonsters already and shows no signs of slowing down. “It never gets old for me, because a spill is never the same,” he wrote.” 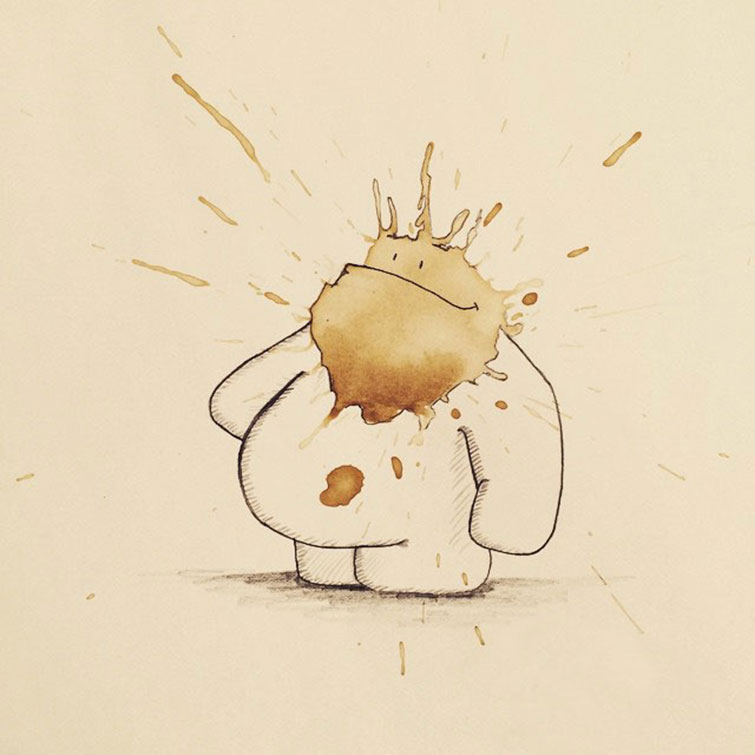 For monster Jim, there was only one thing going to be the peak of the week. The search for some cattle and eating it as a small snack. 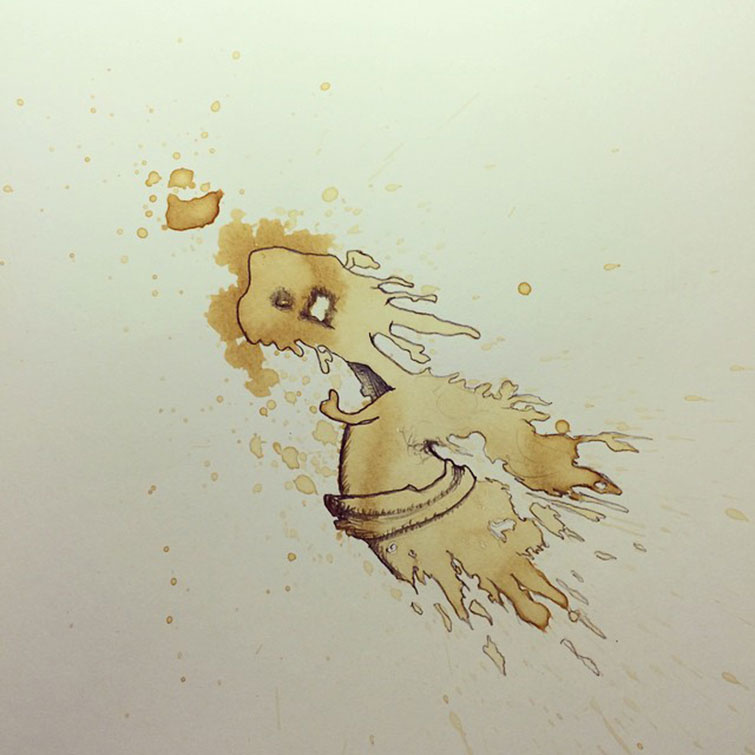 Fiiiiiiiiiireeeeeee! This monster is clearly on fire. It has a burning arm and a flame as legs. It will roast it’s prey right away. Muhahaha! 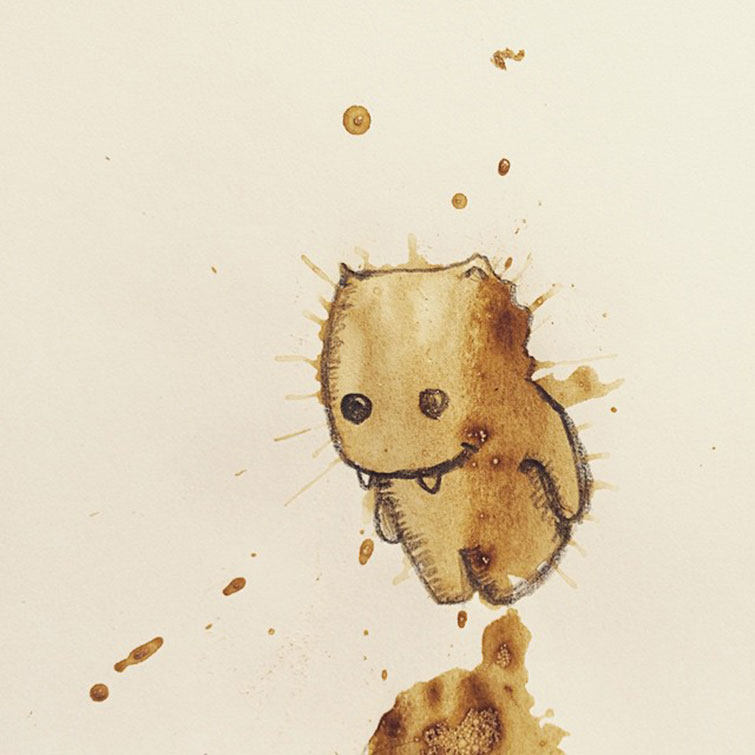 This monster is so sweet, it would just eat you right away. And it really could because its friggin 30ft high and its preferred munchie are “humans”. 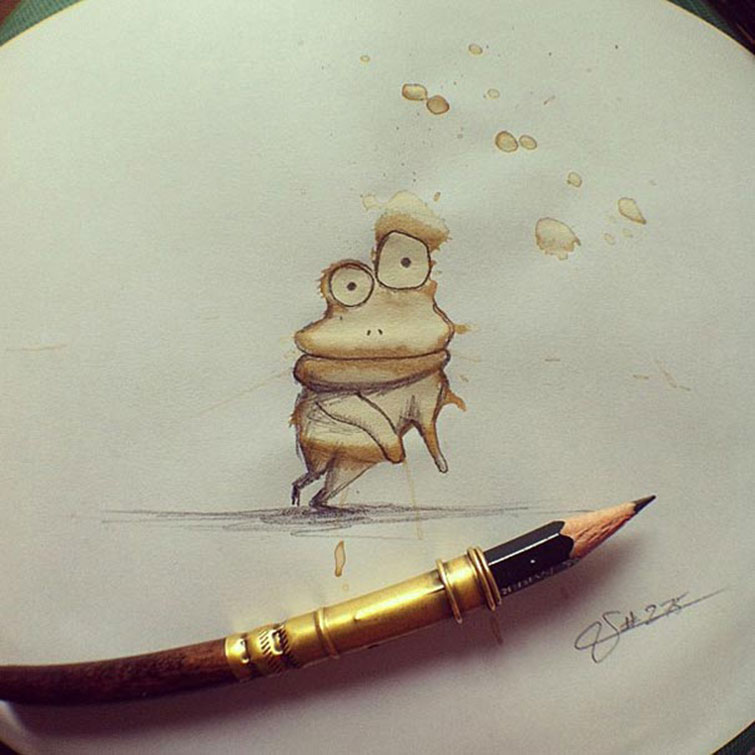 One morning coffee-frog Paul had to cross a road. And because the cars were fast that morning, he had to dance like he never did before to avoid them. Schubidu, like germans, would say. 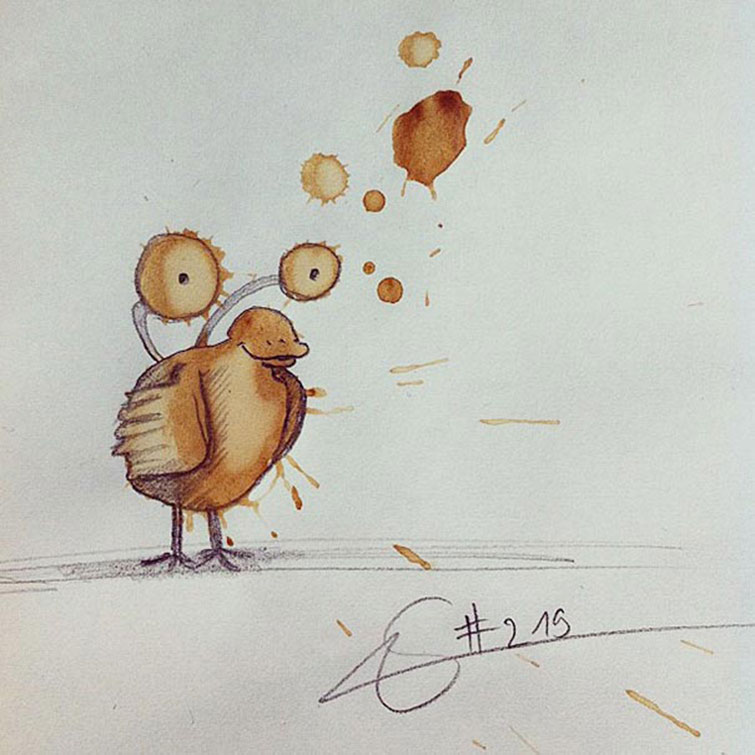 While Bobby was spectating what was going on behind his back, he decided to take a look at what was lying in front of him 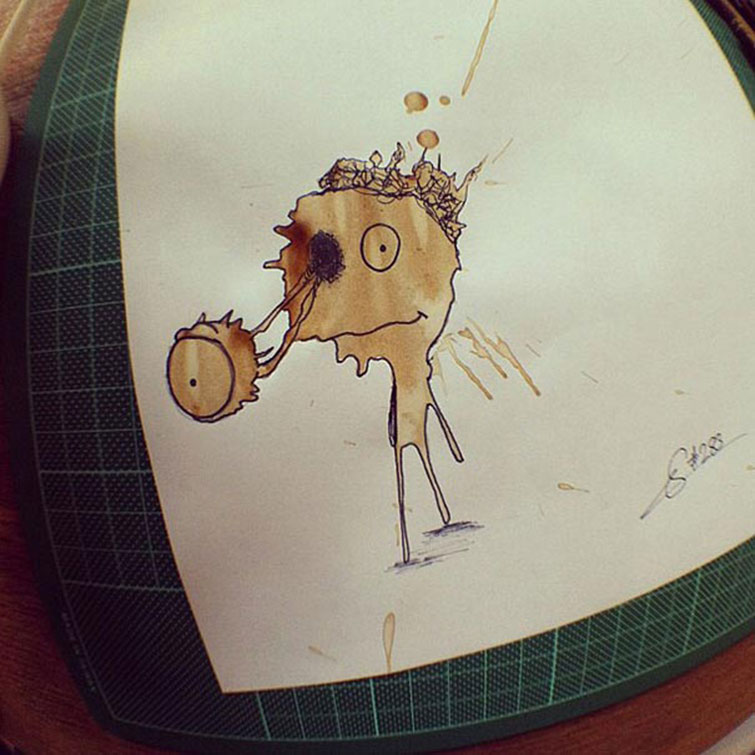 It’s like men watching beautiful women. Sometimes the eyes just pop out. Luckily people are no monsters and it doesn’t happen to them for real as it happens to this monster here. 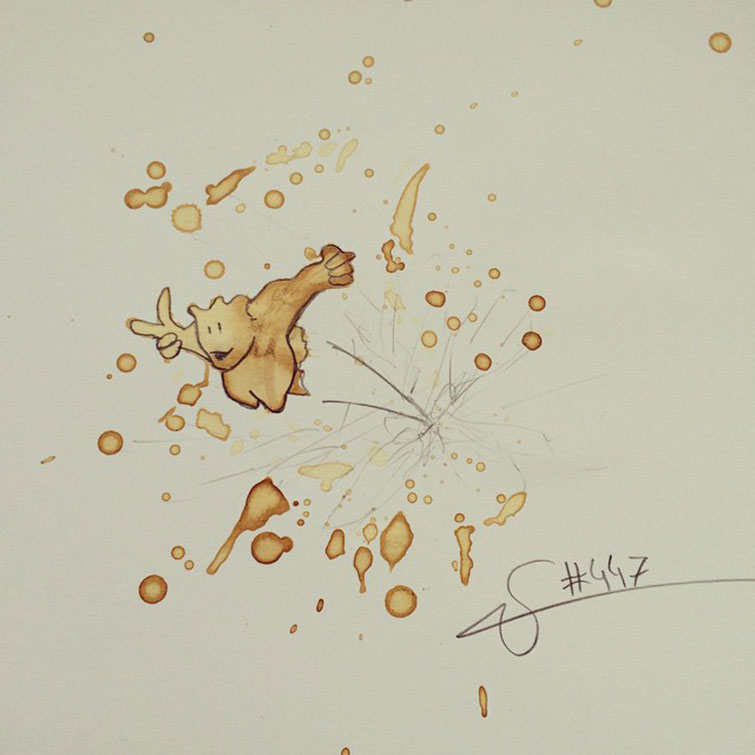 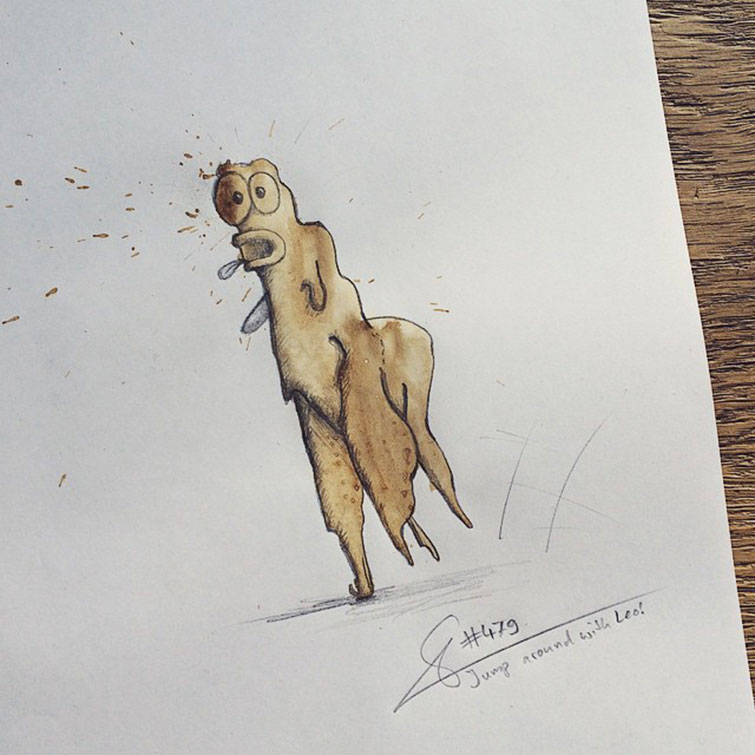 Jumping around with Leo! Whoooo. 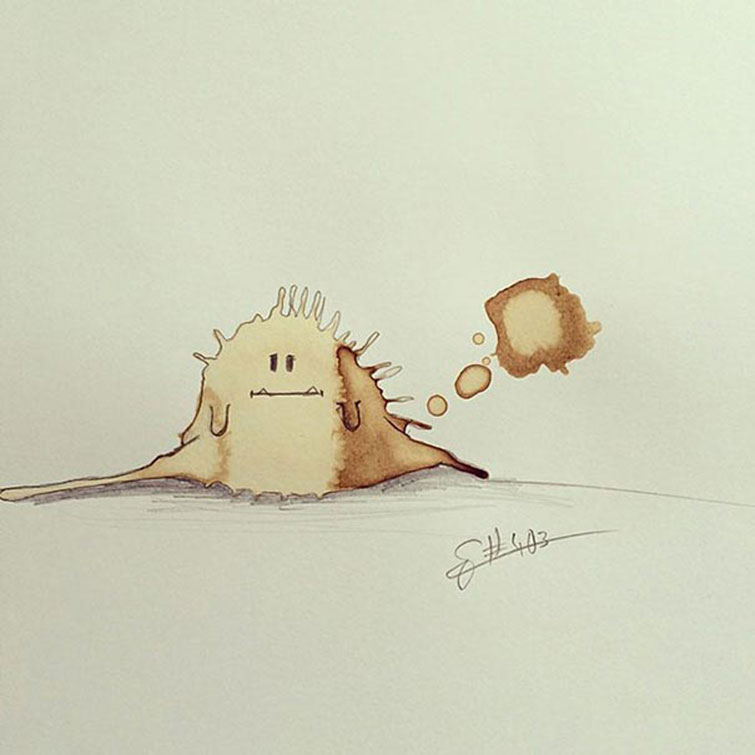 It tried to get up early but was late anyway. Argh! 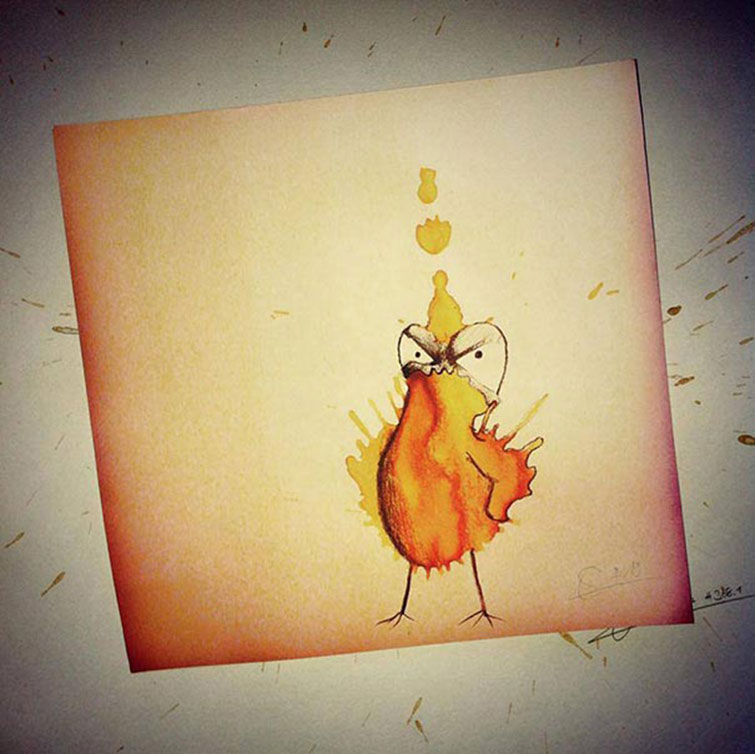 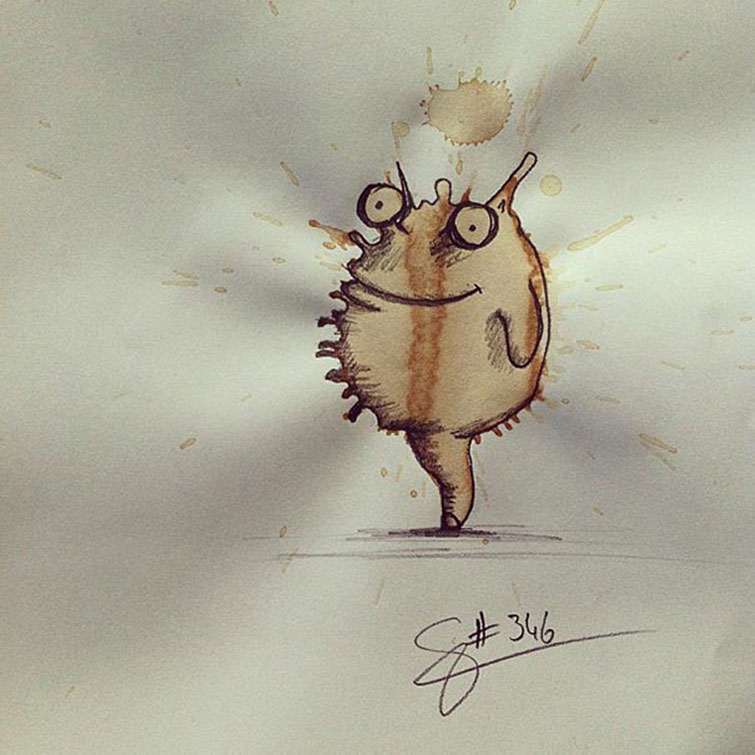 Jumping on one finger. I wanna see you pull that off! 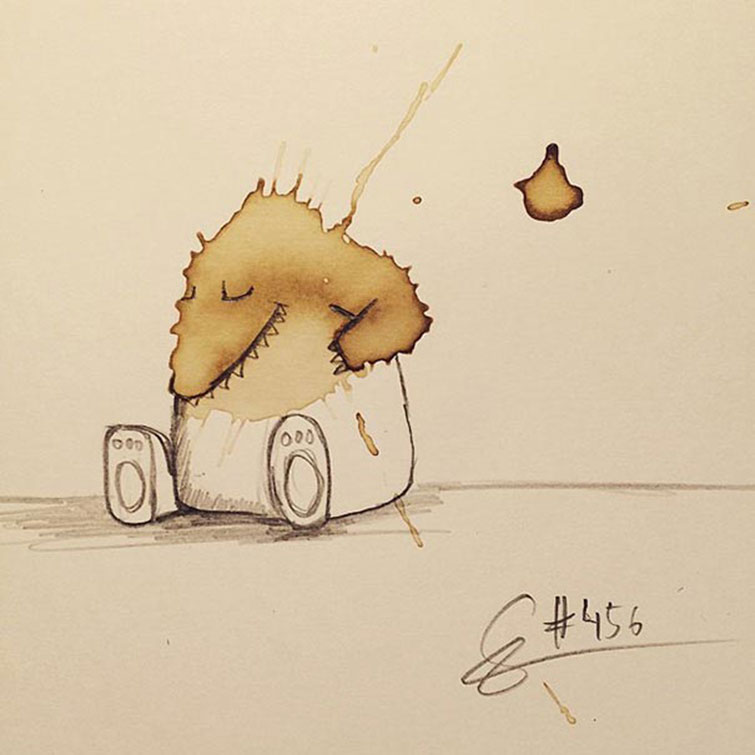 The sleep embraced him for too long. Almost four hours passed since he took the one-hour-sleeping-as-deep-as-a-crocodile-pills. But little did he know that the effect on coffeemonster-crocodiles was even heavier. 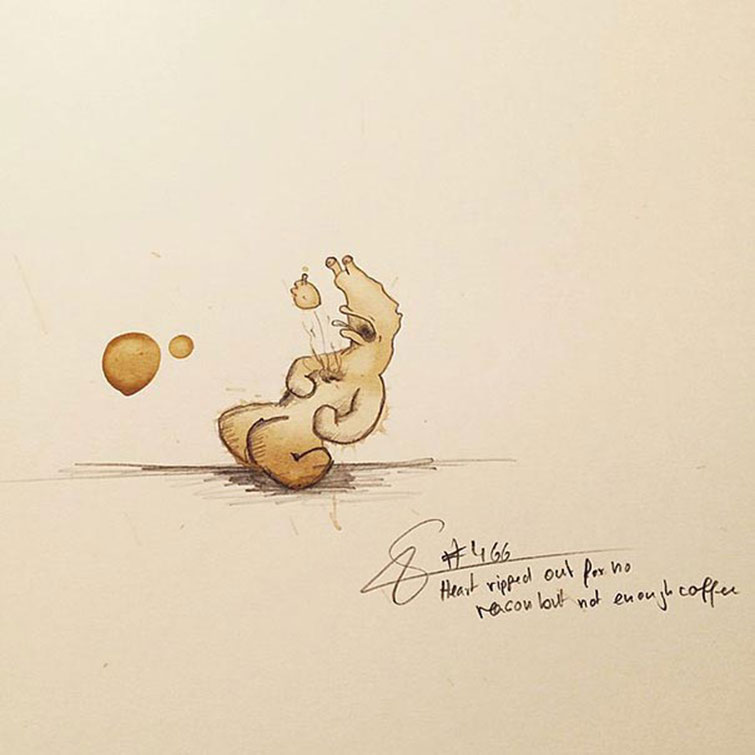 The coffee went gone too fast and then it just happened out of nowhere. Fisherman lost his heart and tried to hold it in his chest. But he lost and the coffee went on without him but with his heart 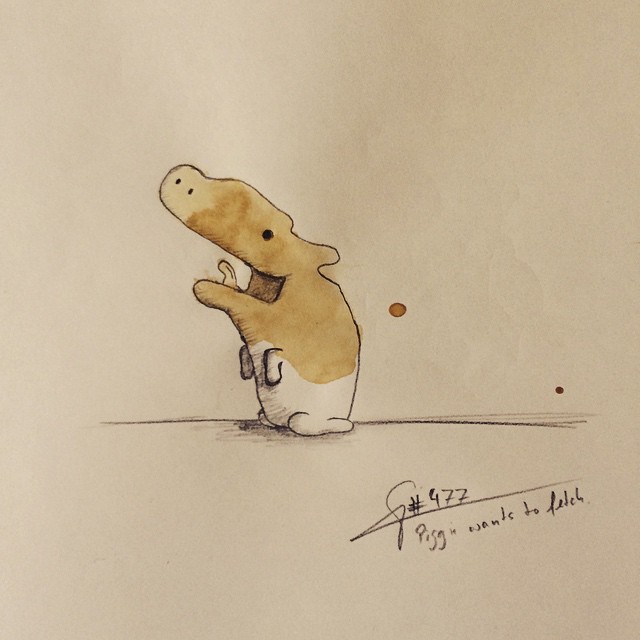 Here is a piggy monster, ready to fetch a to be thrown ball. Go, piggie. Go! 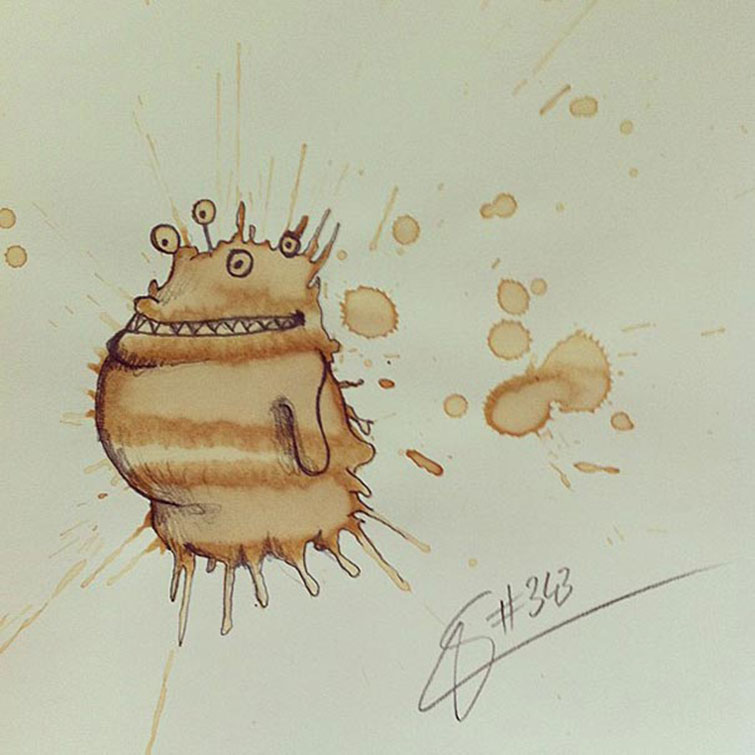 4 eyes are better than two – because hunting humans is hard. Even for monsters like this one! 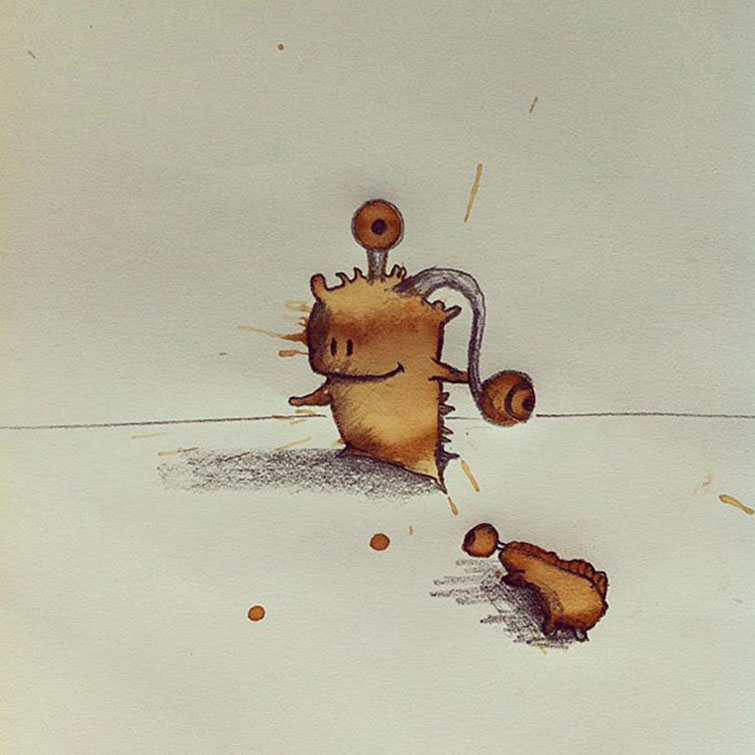 A little four-eyed coffeemonster playing with its small dog-monster. I bet it’s got an eye on everything. 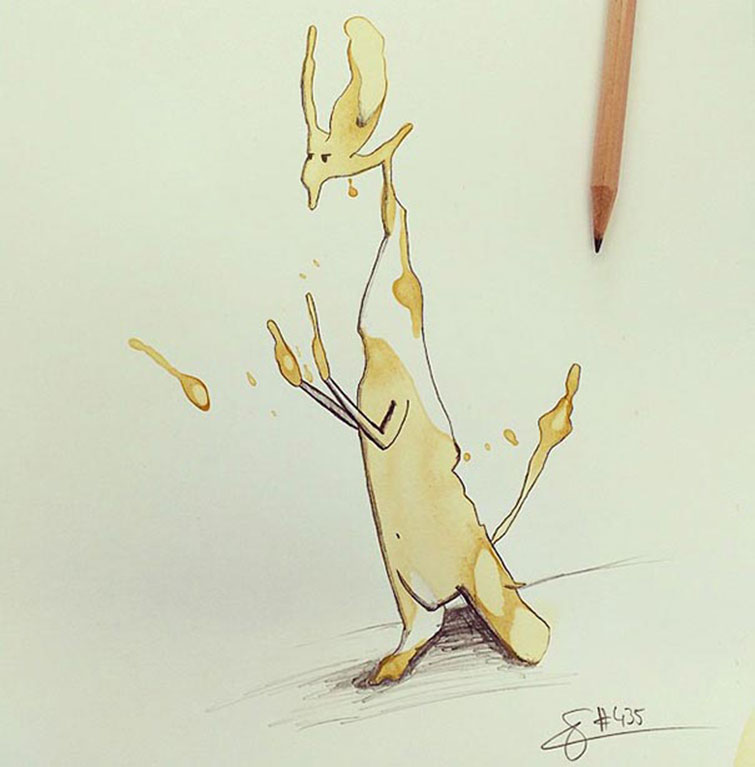 This monster clearly has got a message for you: Fu! 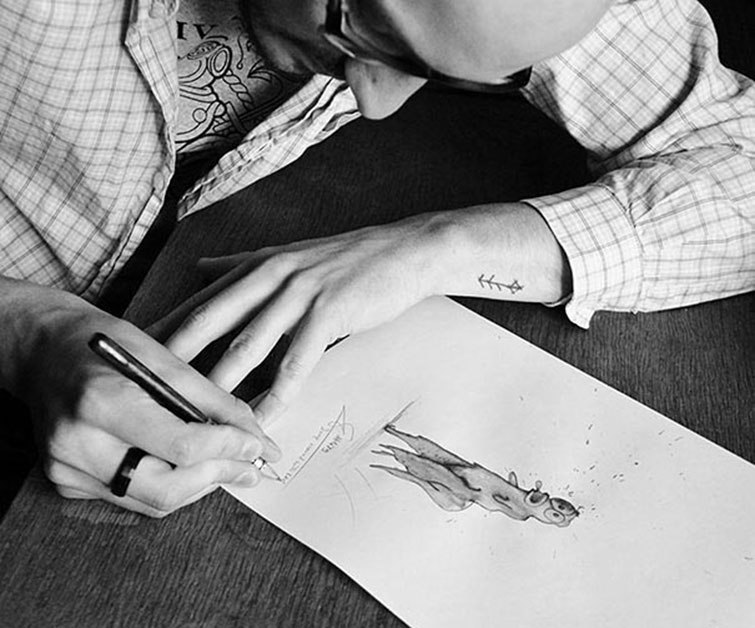