If you love “Adventure Time” and Studio Ghibli, these mashups are for you.

Classical art is often composed and beautiful to look at but because it’s from a time now passed many people struggle to relate however there’s one artist over on Tumblr named Lothlenan that’s looking to change that with their brilliant fantasy and geeky makeovers.

So far the digital artist has changed classics such as The Scream by Edvard Munch and Woman With A Parasol by Claude Monet as well as five other artworks adding in characters such as Totoro and Rick and Morty with often brilliant results as the artist attempts to seamlessly blend modern characters to older artworks. Lothlenan currently runs a store where they sell prints of these awesome paintings. You can see more over on Tumblr.

1. “Woman With A Parasol” By Claude Monet 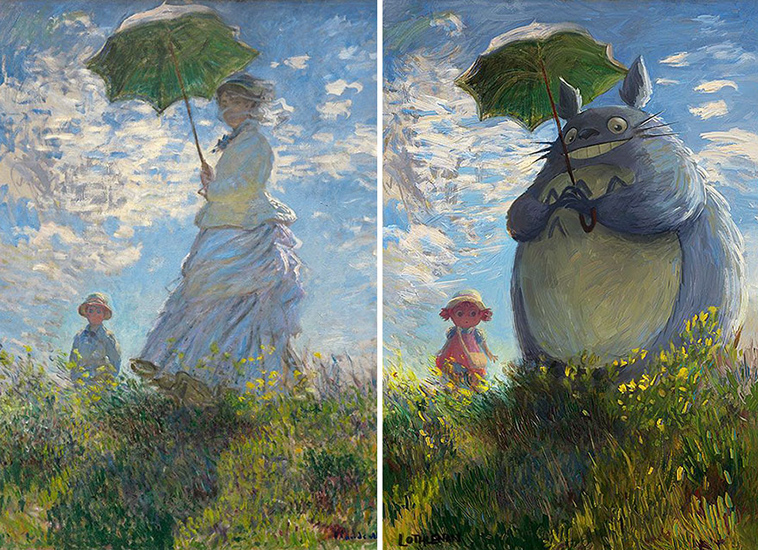 2. The Scream (of Nature) By Edvard Munch 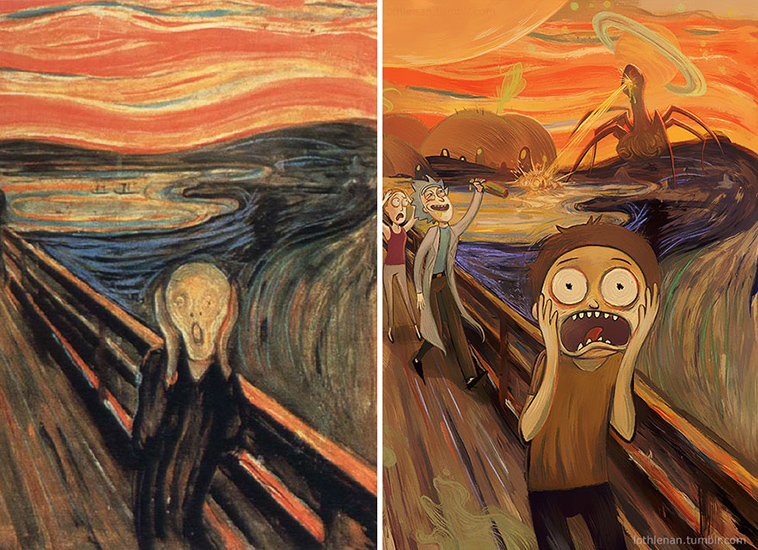 3. “The Accolade” By Edmund Leighton 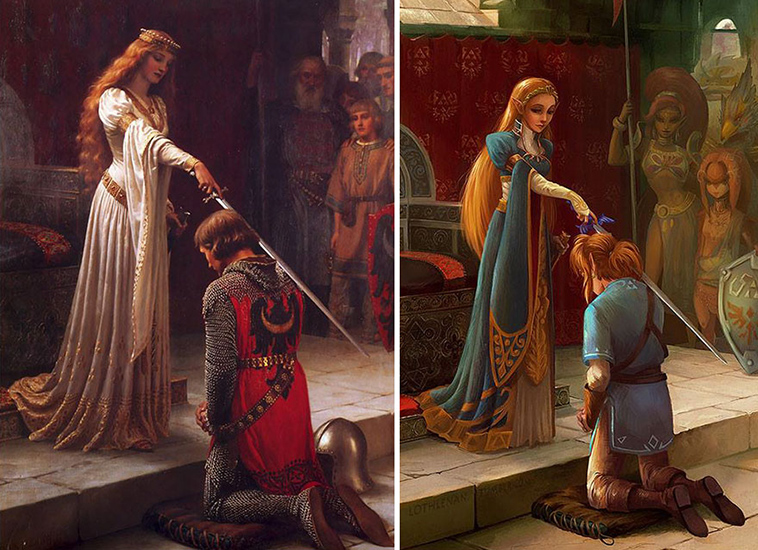 “I was doing a study of ‘Mr. and Mrs. Andrews’ by Thomas Gainsborough in my free time, trying to strengthen my painting skills,” Lothlenan explained to HuffPost. “I was a little over halfway done when I decided I wanted to spice it up a little. I can’t exactly say how the two threads joined in my head, but maybe it was because I’d recently seen some episodes of ‘Adventure Time’ with the Earl of Lemongrab and thought he’d sit quite well in the painting.”

4. “The Swing” By Jean-Honore Fragonard 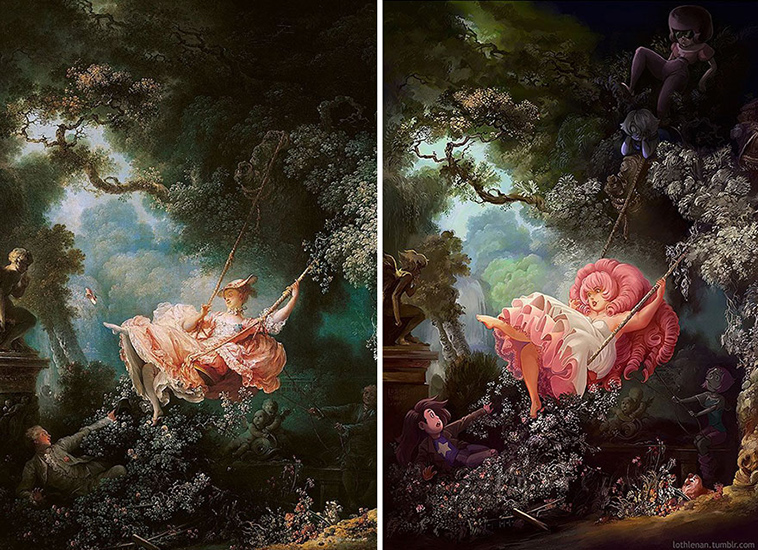 5. “A Portrait Of Louis Xiv” By Hyacinthe Rigaud 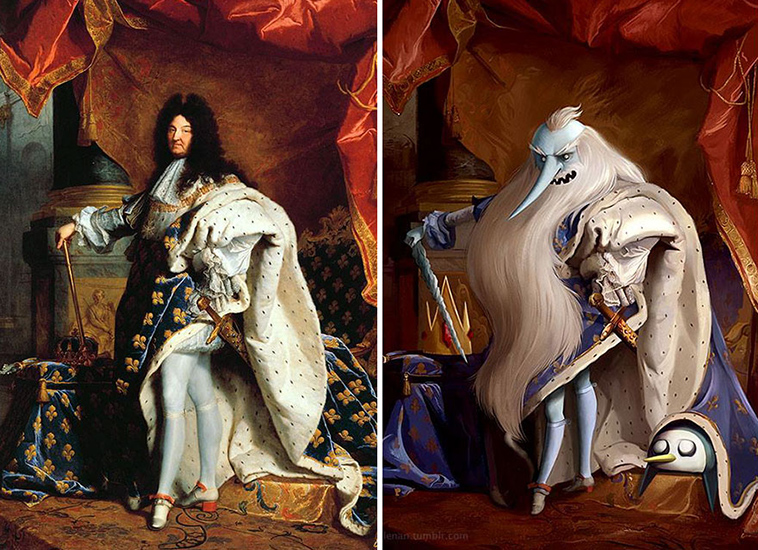 6. “Self Portrait With Her Daughter” By Madame Le Brun 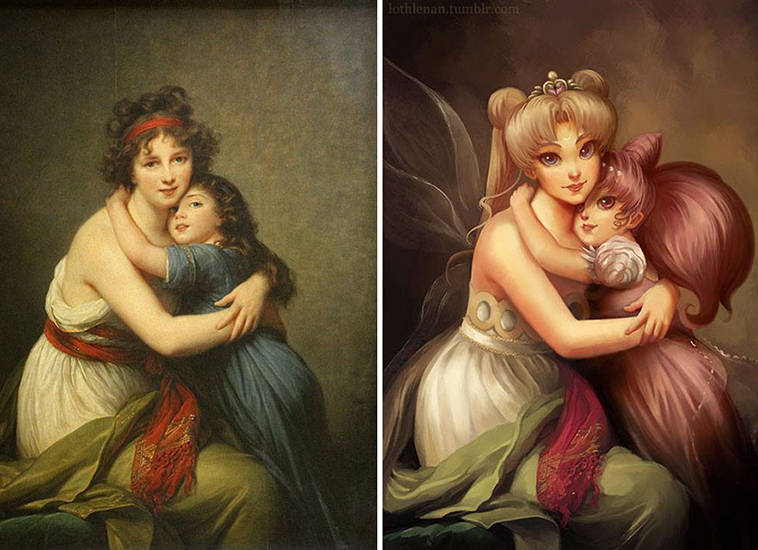 7. “Lovers On A Swing” By Pierre Auguste 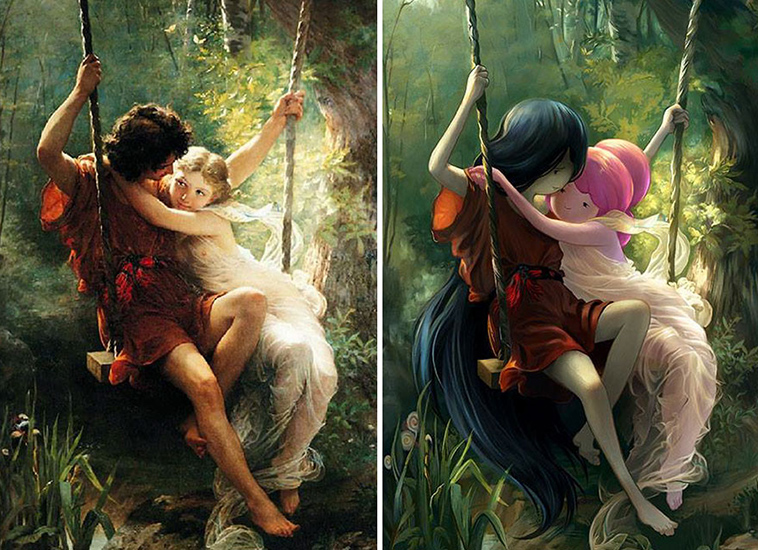