Above Hora, a striking white path zigzags across the face of the mountain, heading up to a special Folegandros landmark, the Church of the Panagia. Don’t hesitate, the walk is surprisingly gentle and short. And the rewards are great. 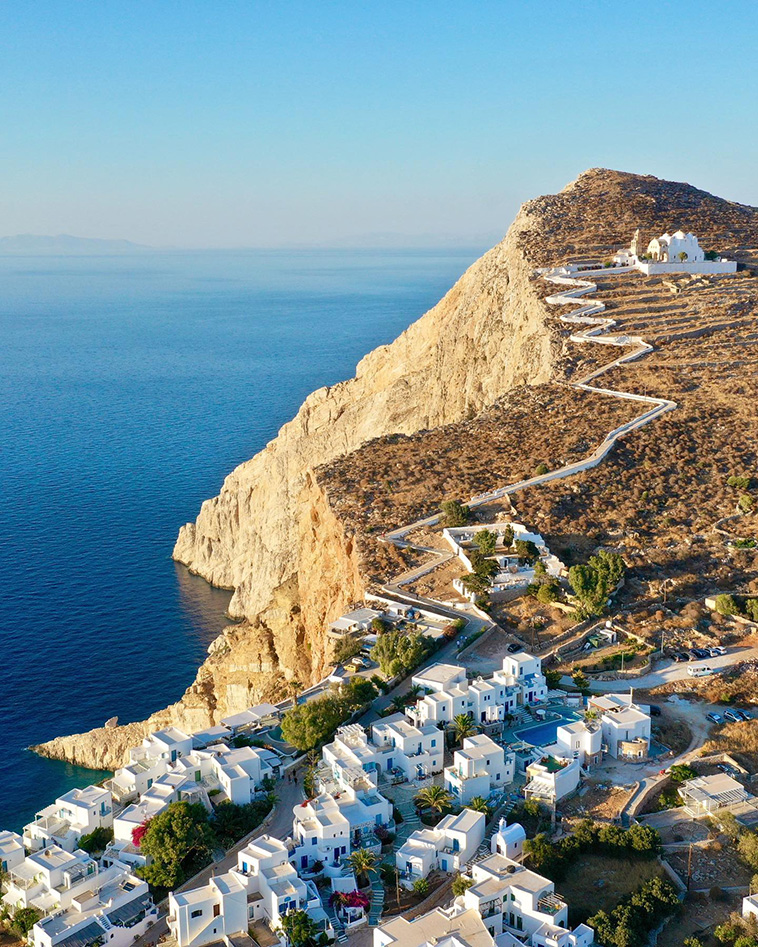 Taking the steep winding path that starts at Pounta Square you arrive at the church of the Panaghia where you can admire the icon, emblem of the island, considered miraculous by locals. 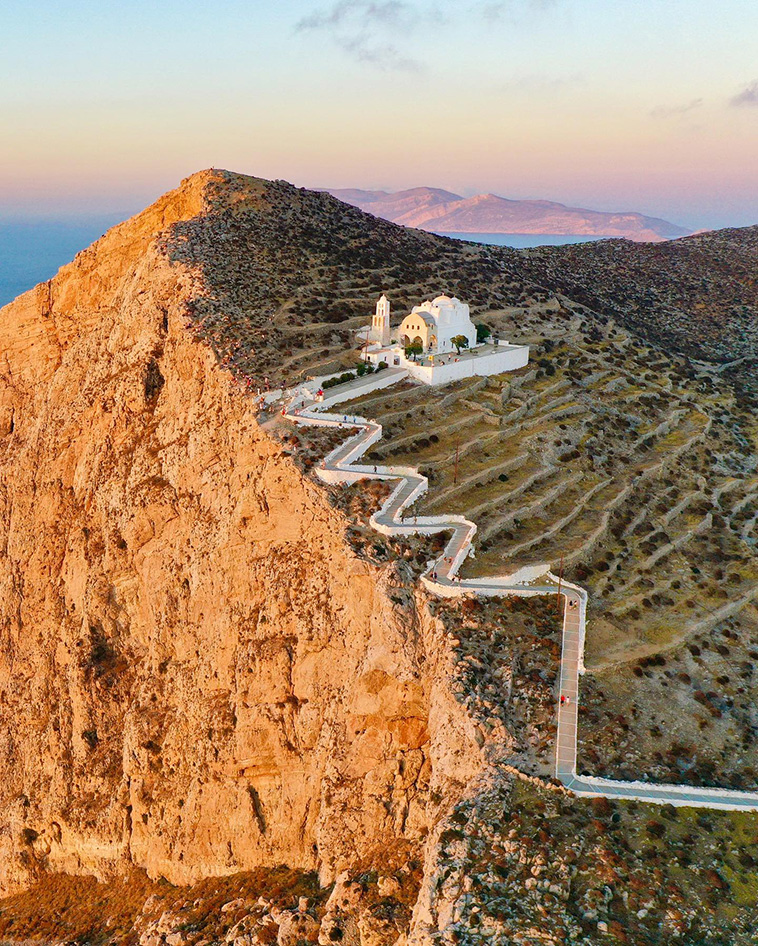 The largest church on Folegandros, dedicated to the Dormition of the Virgin Mary. The church is a rare example of Aegean ecclesiastical architecture, with three domes. It is built on a rock above Chora, probably on the site of an ancient temple, building materials from which were used for its construction. 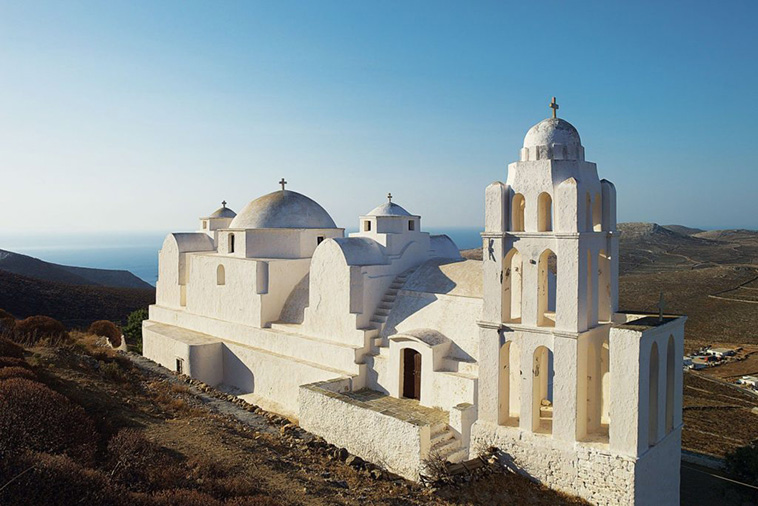 There is a marble epigraph dating from 1687, which refers to the renovation of the temple. The church took on its current form during the restructuring that began in 1816 and was completed in 1821. 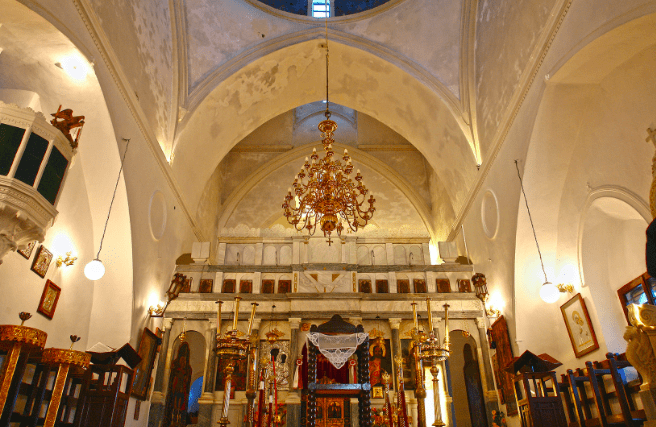 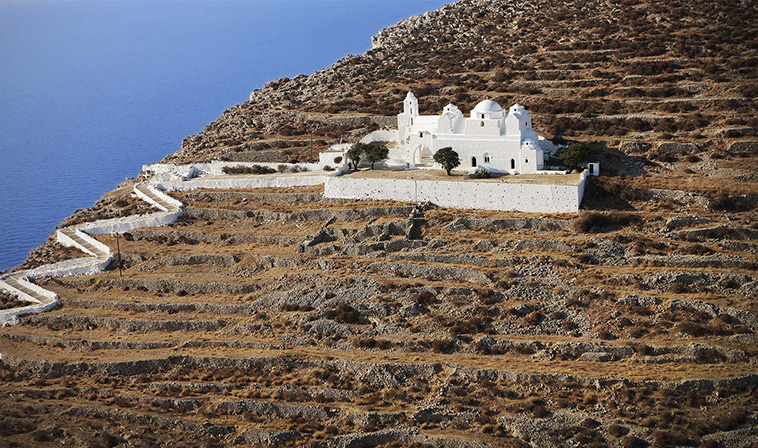 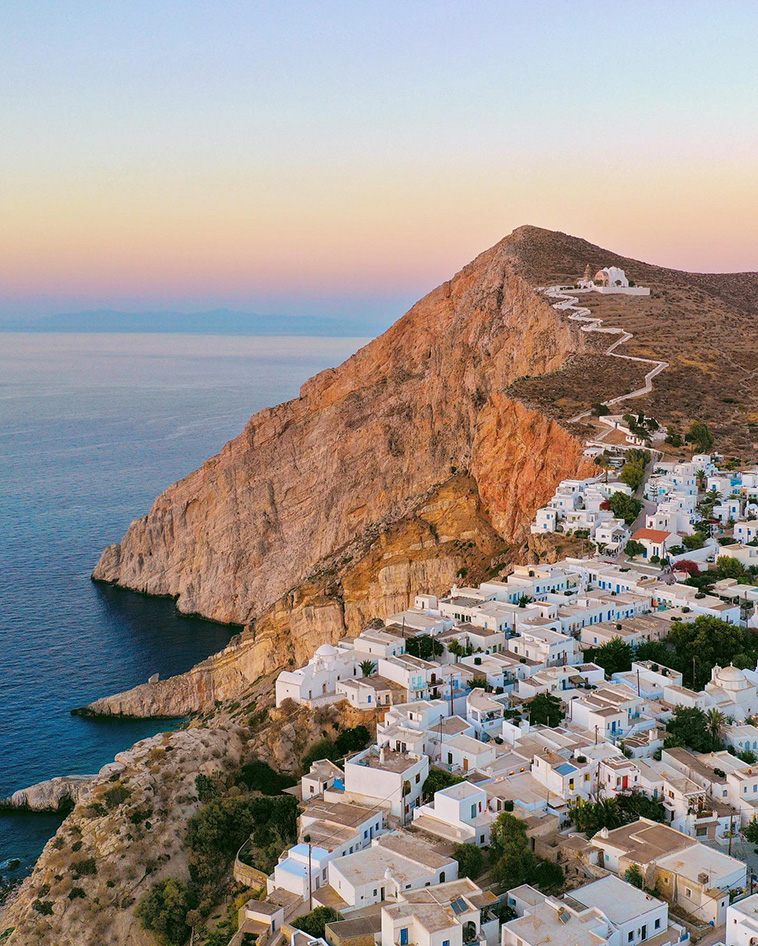