Here is a list of celebrities that were really nice and cool to random people as shared on this subreddit group. 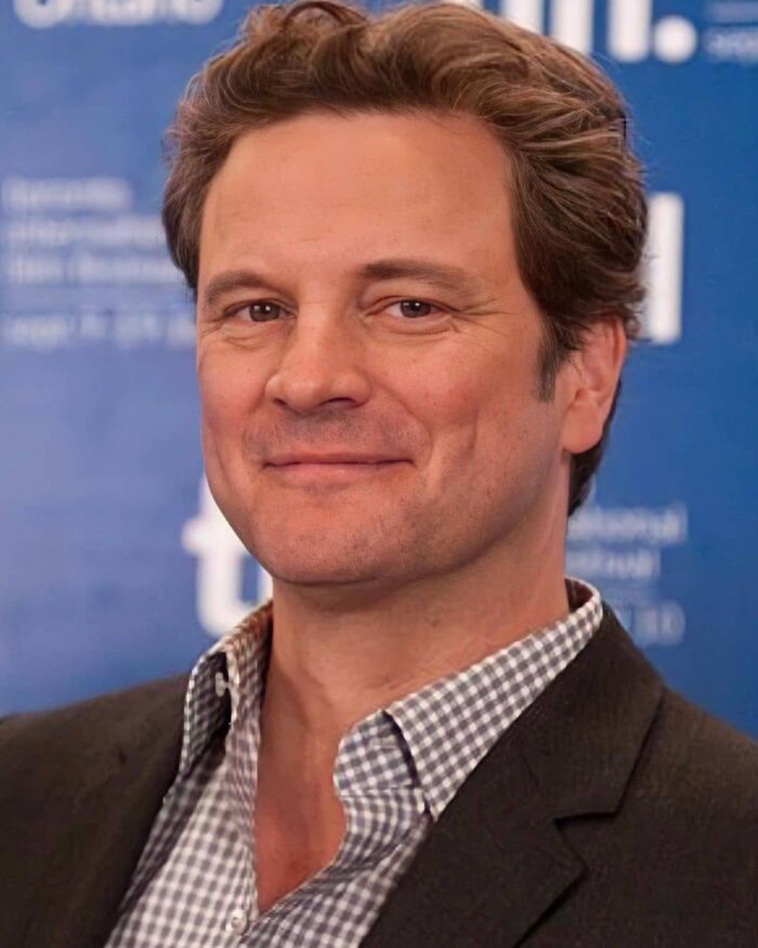 I saw him sitting in a cafe with his son. Extremely nice, I waited until they got up to leave before I went and asked if I could get an autograph for my mom (who’s a huge fan). He asked me a few questions about her and wrote a quite nice autograph, For her. He asked if I wanted one as well and I told him that meeting him was more than enough.

I had told him where she worked and he went in the next day and made a point to stop and chat with her. Truly a class act. ninjakaji 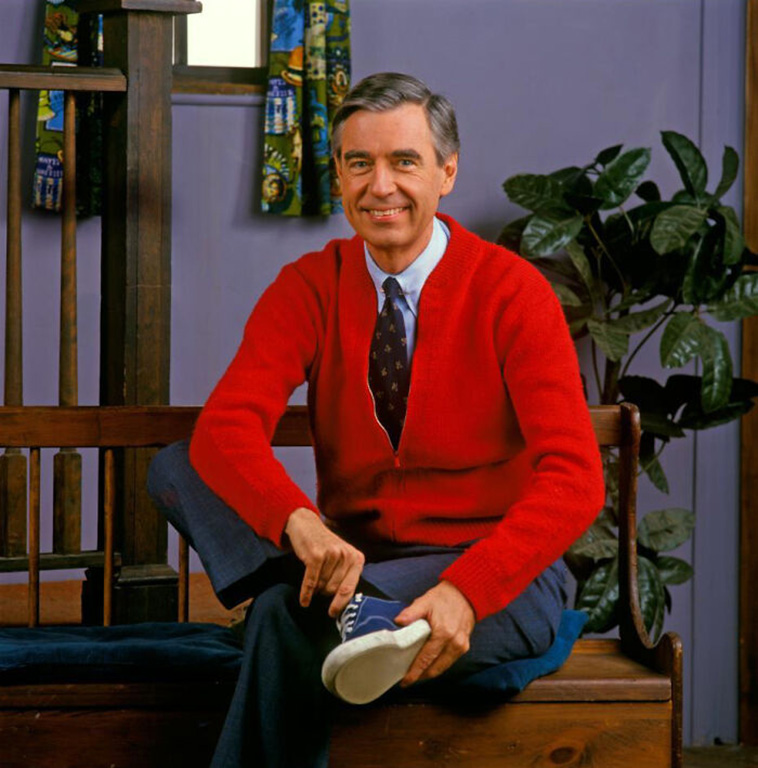 I was lucky enough to spend 6 hours sitting next to Mr. Rogers on an airplane. I was 7. Highlight of my life.

We ate lunch. I spilled on him. I thought I had ruined everything, but he just smiled and gave me his dessert.harpejjist 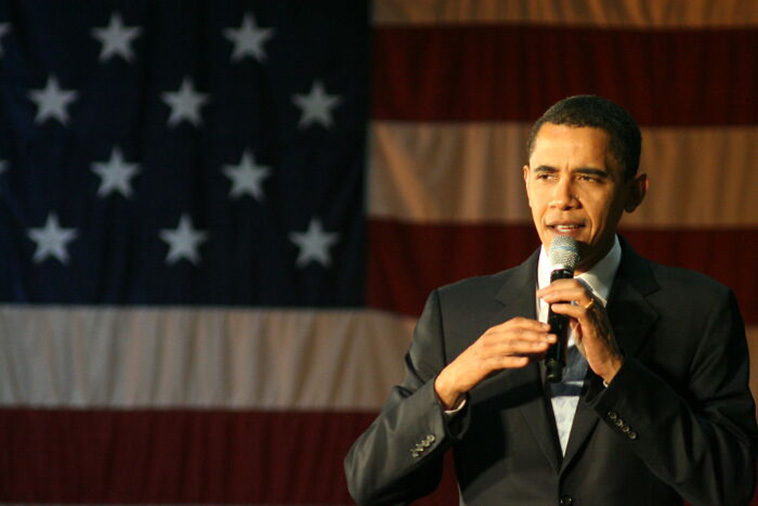 The charisma is insane and he makes a point to converse with everyone. He remembered me the third time, which was dope. What an incredible human. TobiasFunkeFresh 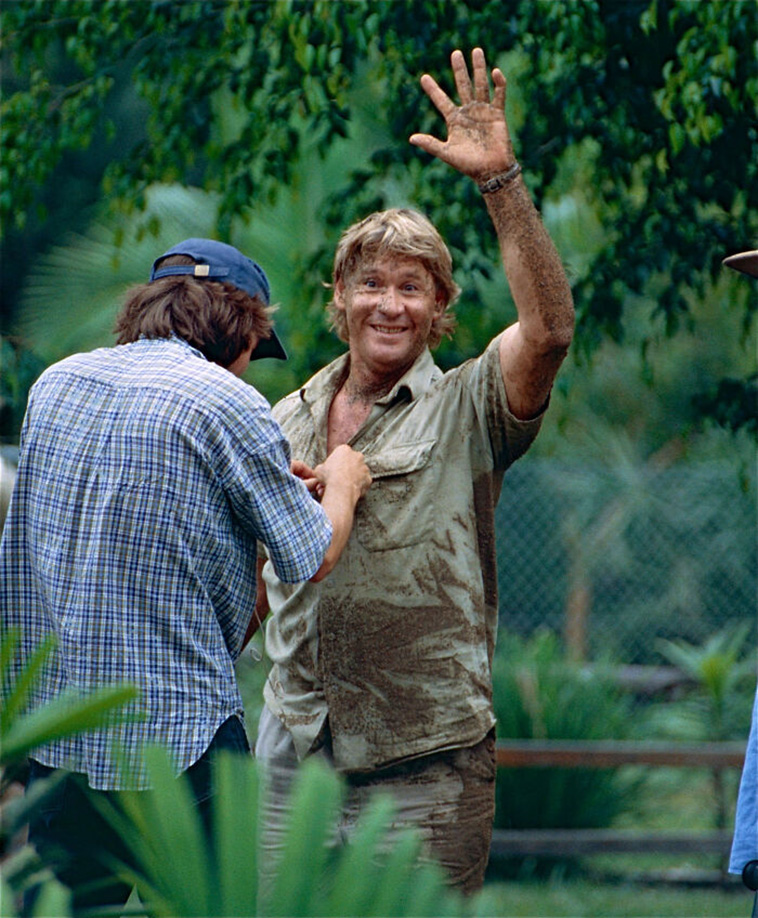 Steve Irwin hands down, I’ve met a few musicians and athletes who have been nice but none were as nice as Steve. I met him in an elevator at a hotel and I walked in soaking wet after swimming in the pool. I was only 11 and I was in awe that I was in an elevator with Steve Irwin. Straight away he starts a conversation with me, asks me what my name is, where I’m from and if there were any crocs in the pool and if I see any at the hotel to come find him. He then starts talking to the hotel worker who was in the elevator with us and staring at Steve the whole time. That interaction with him still makes me ridiculously happy whenever I think about it. RiteOfSpring5 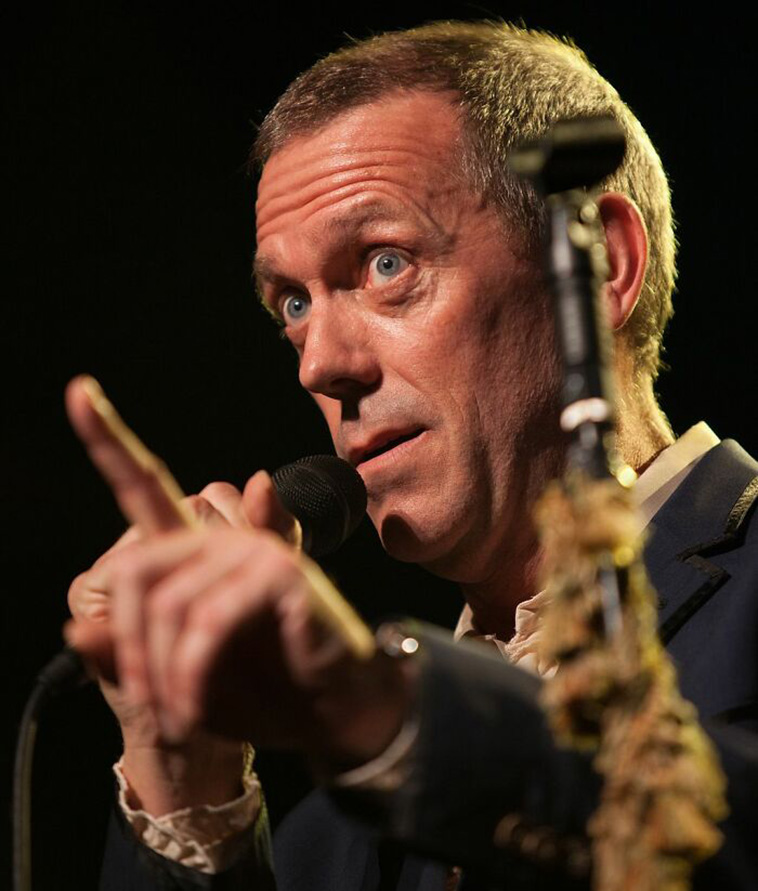 Having met Hugh Laurie in person, I can confidently state that he is one of the nicest and most humble celebrities out there. Not only is he completely happy to interact with his fans, but he also does so in a way that makes each and every one of them feel like they’re a friend. He remembers names and personal details with amazing accuracy, and he makes each conversation seem like it’s an extension of a treasured (and ongoing) dialogue. Add to that the fact that the man is outwardly hilarious, and you’ve got a recipe for a genuinely great guy. RamsesThePigeon 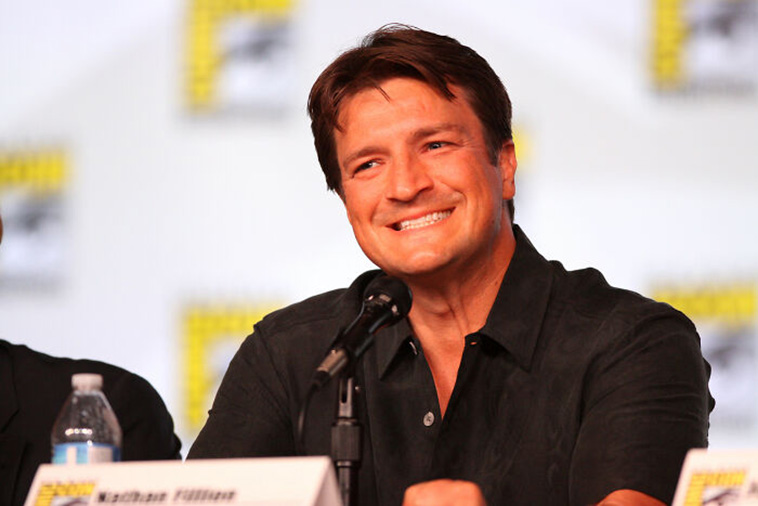 Nathan Fillion when I was working at a movie theater.

Guy bought 6 large popcorns and a bunch of smart waters when I thought, “man this guy is loaded”. He was wearing a hoodie and glasses so I couldn’t quite tell at first. I eventually said, “Hey you kinda look like this guy Nathan Fillion”

He took off his glasses and said, “I sure hope so.” I stood at attention and said, “Captain”

He replied, “As you were, Browncoat”. Coolest moment ever. BanyonNoble 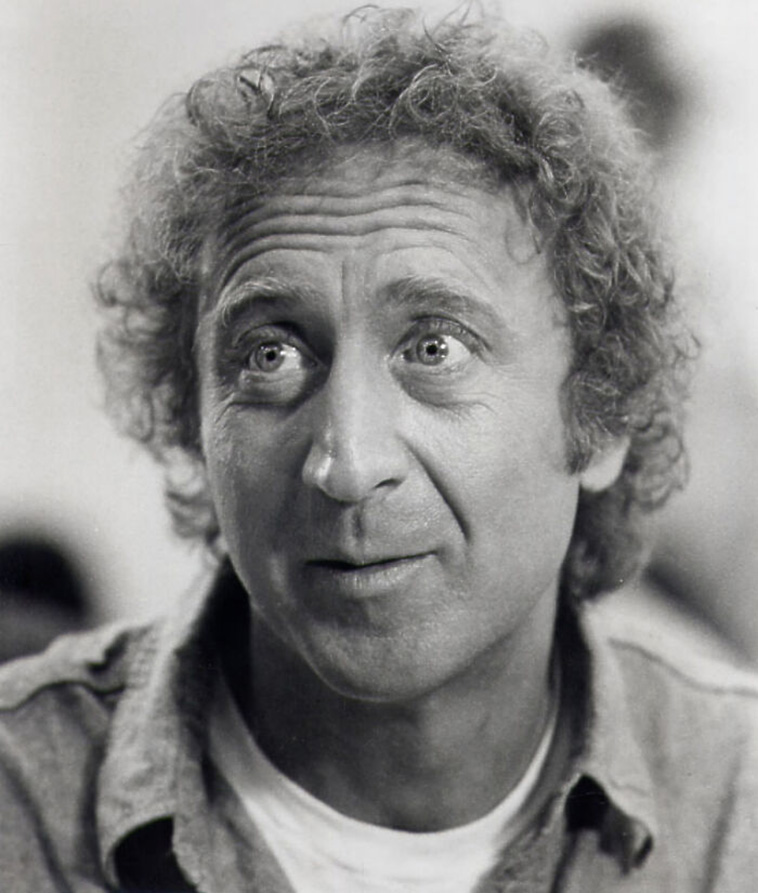 Gene Wilder, but there’s a story behind this…

I worked at a pharmacy in the ‘80s and was asked to deliver medicine to Gilda Radner (Gene’s wife) during her cancer battle. After a long delay to make the delivery due to issues related to the getting in touch with her doctor, I was finally given the prescription and drove up to their house to make the delivery. During my drive, I was excited at meeting one of the brightest comedy stars of the time…

When I arrived, I rang the doorbell and Gilda answered. I knew she was sick, but even I was surprised at her gaunt appearance – she did not look well at all. Immediately, I realized she was very angry because of the long delay in getting the medicine to her. Unfortunately, she let loose all that anger at me. I apologized many times (even though I had nothing to do with the delays).

After she finished and I gave her the prescription, she closed the door on me. I was not upset at her, though – indeed, I was very sad – that this brilliant comedienne was sick and was going through such an absolutely awful ordeal… This was an awful situation and not at all as I had hoped my encounter would go.

As I turned around to walk away from the door, I went several steps before I felt someone tap my shoulder. I turned around and it was Gene, letting me know that his wife was very sick and he apologized many times for her behavior. He then gave me a nice tip for the delivery service and shared his gratitude for my pharmacy’s weekend delivery and work.

I’ll never forget the encounter and appreciate that I got to meet both of them, even for a brief time, under difficult circumstances… PedroGarvey I walked by Anderson Cooper once in the west village and went “oh shit Anderson Cooper!’ as I walked past, he turned his head back towards me and smiled and winked. I’m now gay. istherelifeaftrlimes 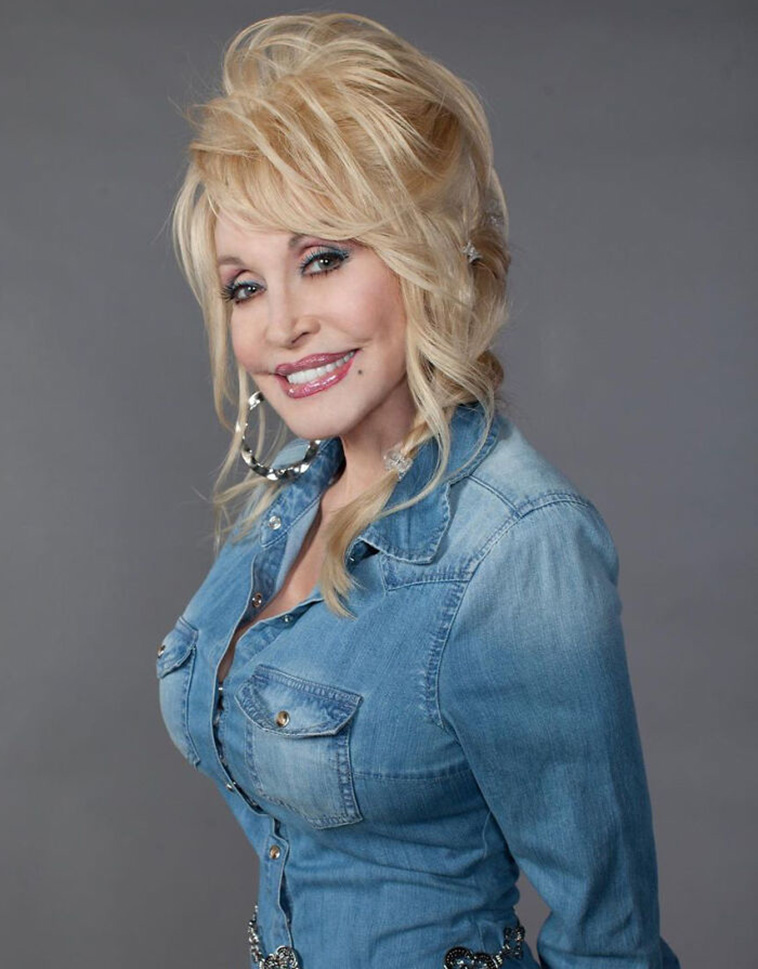 Dolly Parton, a really great hugger, and genuinely sweet person. She walked into Tower Records SF while I was there putting up promotional stuff for Columbia Records, probably 1977. She grabbed me for a hug and was stoked we were the same height (even though she was in heels!). She asked me some questions and it felt like it was authentic. I’ve met hundreds of celebrities, but she and Robin Williams were far and above the nicest. hyestepper 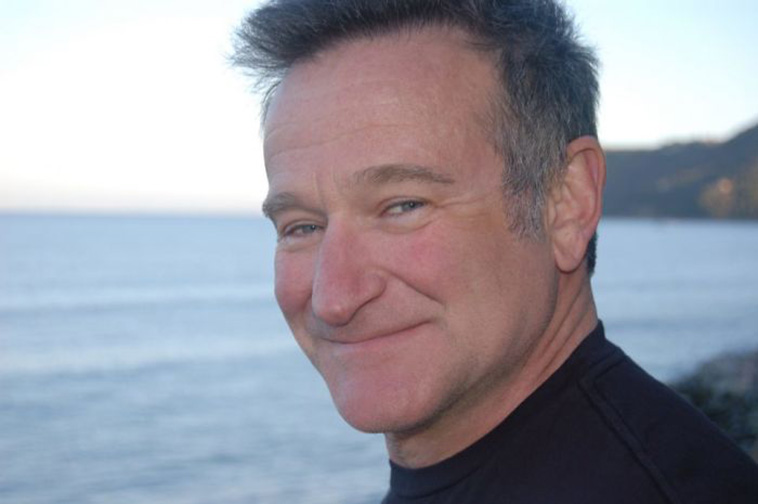 Robin Williams. Super normal, easygoing and smart. I was working the Cody’s Books booth at ComputerWorld in SF, 1981 I think, and he was hanging with Timothy Leary so I got to meet them both. hyestepper