One can not stereotype animals or people. Point… everybody believes ALL cats forbid water, simply because several species of them are water fans. Before now, several attempts to bath cats have resulted negative for me by ending up with scratches on me, and my partly wet cat runs off to a hidden place. Now, it’s another new song for me as I have finally found my own water-loving cat- Soapy! 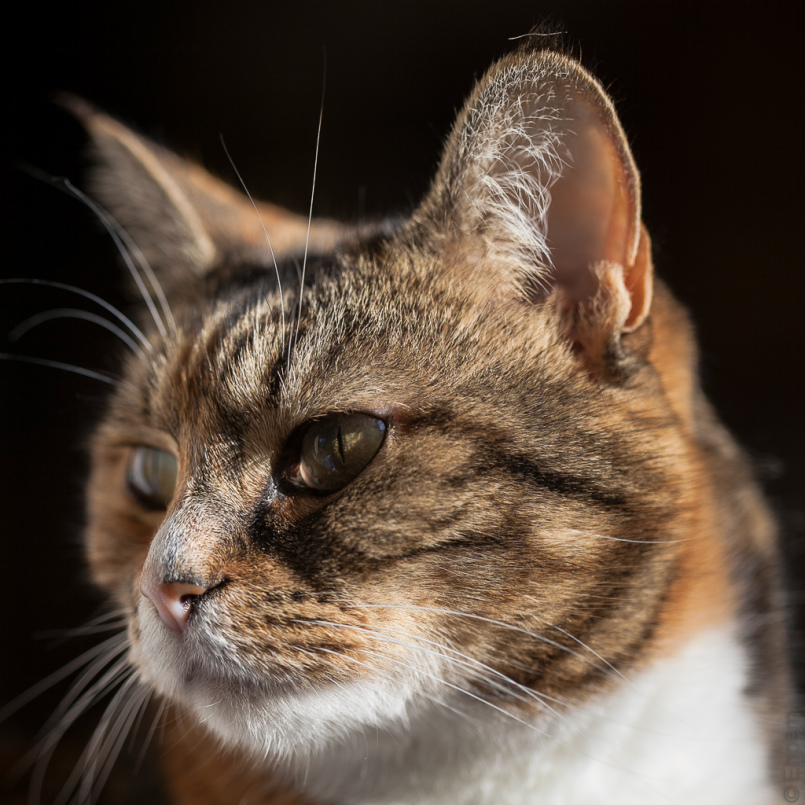 Now, contrary to the general believe that ALL cats dislike water, many cats avails out there that absolutely love being in water. Below are series of water-adoring cats to serve as a prove of evidence that water boosts some cat’s moral.

1. I’m presently trying to enjoy my bath, care to join me? 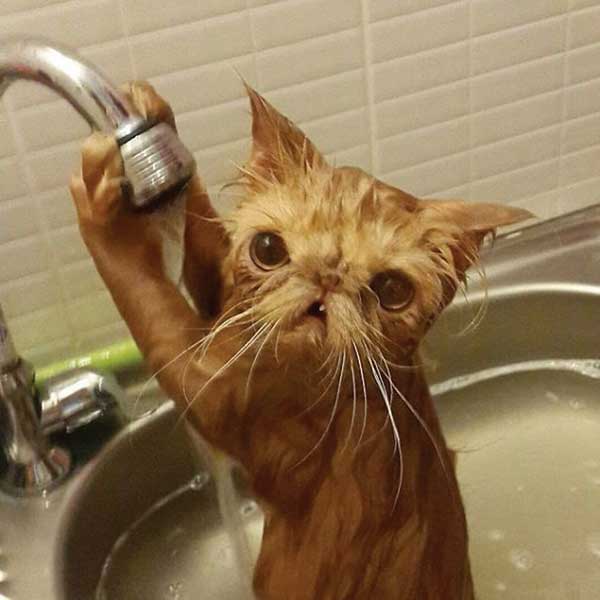 With cleaniness being their watchword, most cats just not allow you to bath them. It is assumed that cats hate to be put into water, so to prevent their fur from becoming waterlogged, making it feel heavy.

Another suggested reason why cats jump out whenever  they fall, slip or even submerged into water is because they are naturally skittish. This is why they panic and go wild with the aim of escaping. Well, who knows may be if only they could take some moment of relaxation in there, they would have found out to like getting their paws wet, but the cats on this list realized that!

3. Even the silliest of all kitties teaches us how to get a drink of water-  turning it the other way round. 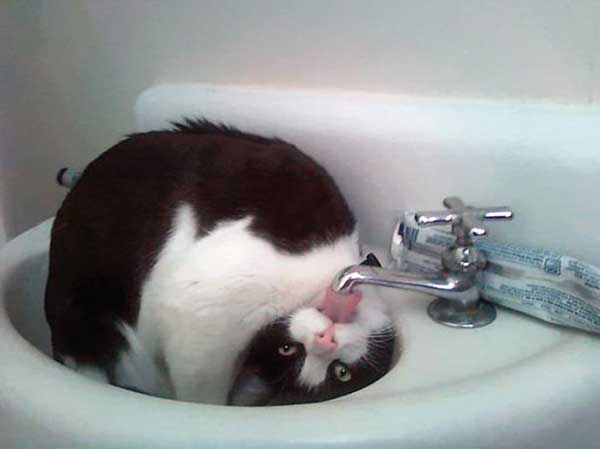 4. Face plant into the faucet 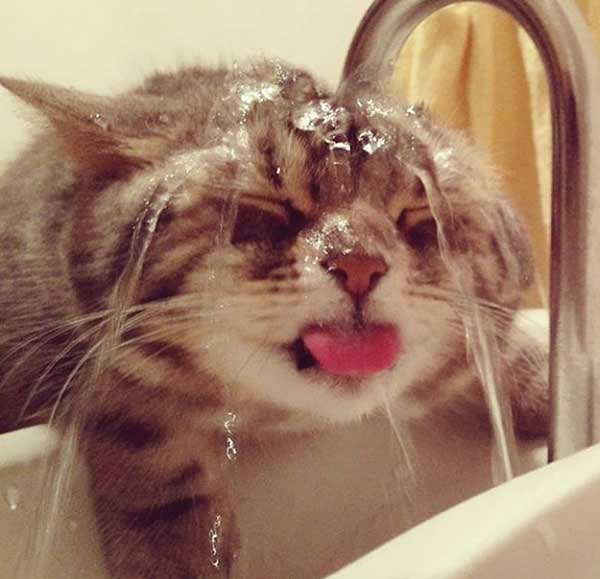 5. Its glaring, this kitty has had one day long 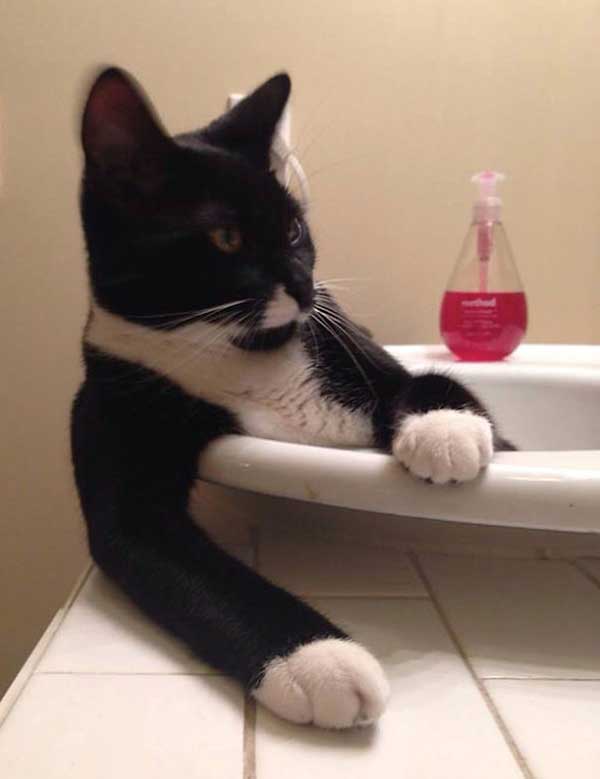 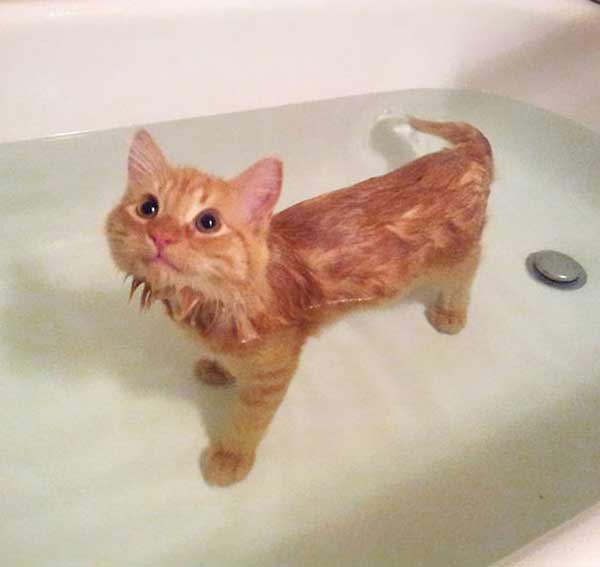 7. How about your shower cap before going to bath, cat?

Cats have been discovered to find it difficult with their ears should water get trapped into it. This is another good reason why they don’t do well with water.  However, shower caps have been provided for cats to get rid of the problem by covering a bathing feline’s ears. 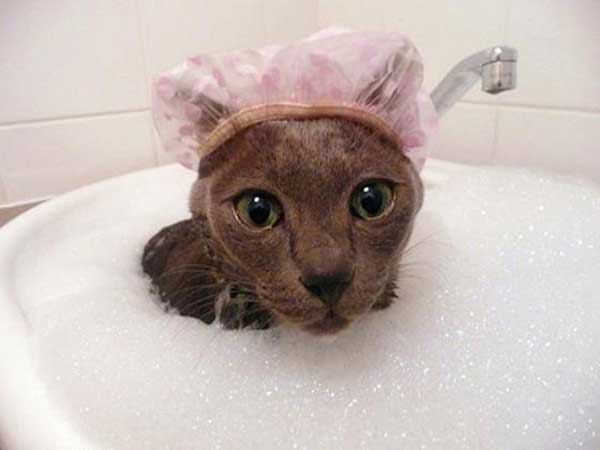 8. 2-in-1: One watering hole with drinking and bathing made possible 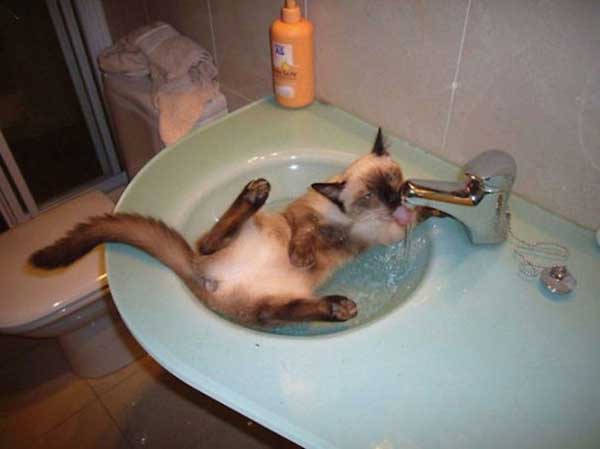 9. Not only for humans, the swimming laps are also used by some cats that as well do aquatic cardio 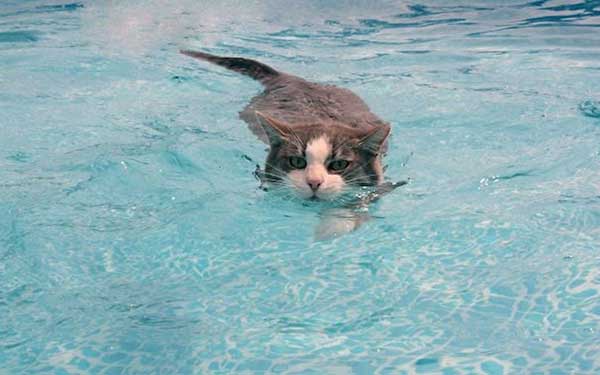 10. Not to worry, my cat’s just cleaning her paws 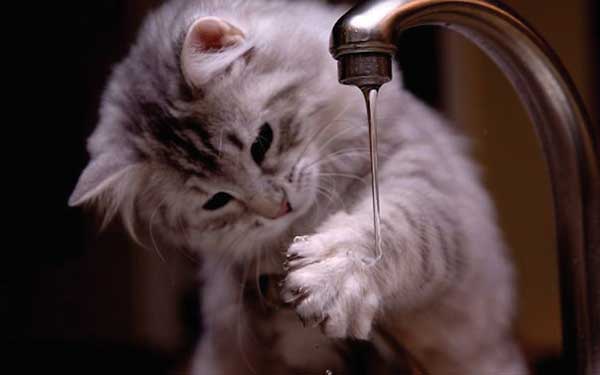 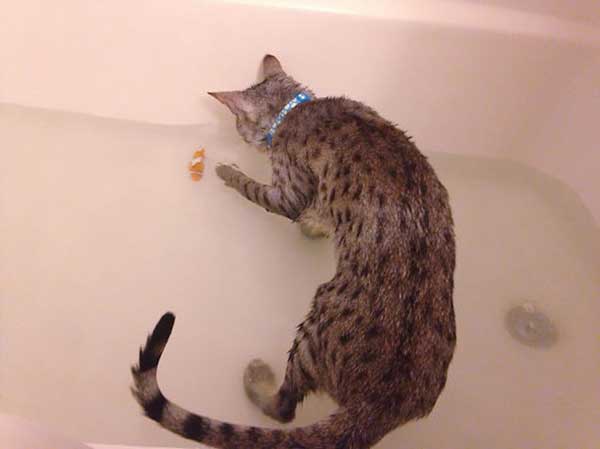 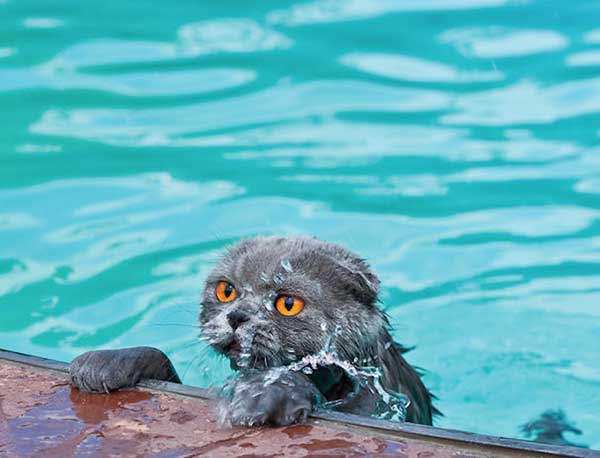 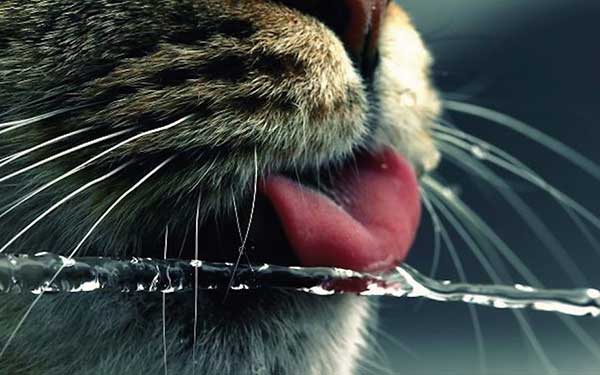