Life has always proven to be stranger than fiction, and this story is no exception! 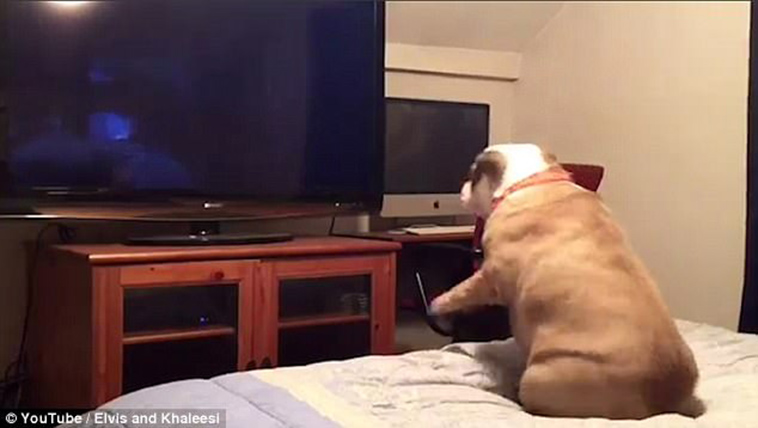 At one time or another, we have all watched a horror film and shouted out to the next victim or just screamed at them that danger is approaching their way. Well, we are not alone! The dog in the following video feels the same way and will bark whenever a possible victim is in harm’s way. Khaleesi is a bulldog who just loves watching horror films and will go out of her way to try a protect the potential victims says owner, Dawn Curran.

Dawn said that Khaleesi is even more vocal when children are in harm’s way, as seen in this footage. The video proves that a dog’s instincts are always right on target. In this particular film, Khaleesi was watching “The Conjuring” which is a really scary film and no wonder she was so frightened!

There have been various comments about this video including from someone who said “Calm down, dog. I’ve been yelling at dumbasses in horror movies for years and it never helps! They are still dead!”

Well, if nothing else, these films only go to prove that victims in horror films are far less intelligent than dogs! Adding to that, there were comments by people that were concerned that Khaleesi would have nightmares! The bottom line, this canine is one brave little puppy who loves watching horror films and will not remain silent when someone is in danger!