Images of a past generation of a subculture known as the skinheads. These rare photographs show a group descending on Southend-on-Sea for a holiday. In a shot, two skinheads are showing support for fascism and Nazism by performing the Nazi salute and the other wearing a swastika t-shirt. Other images show the cult walking around London performing different violent and lewd acts.

These unruly skins were a fairground distraction when they descended on Southend in the 1980s. 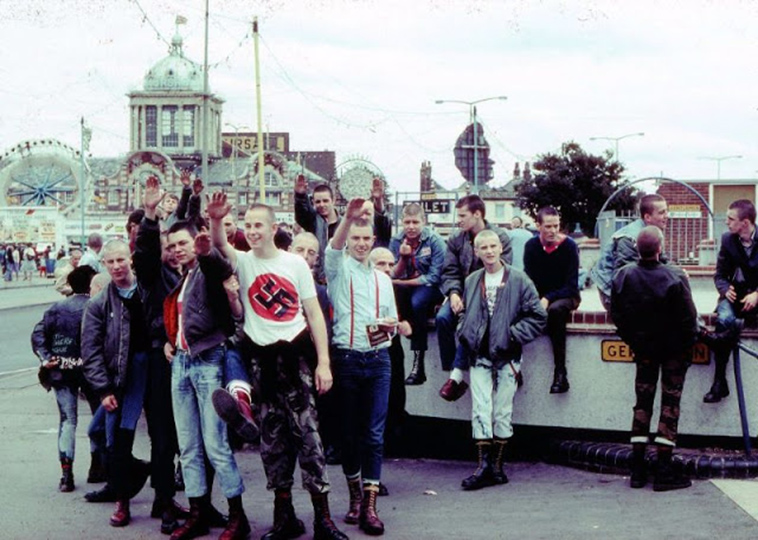 The skinhead culture started among the youths of the working class in London during the 1960s and soon spread throughout Britain. The second movement of the skinheads took place in the 1980s and since has lasted through multiple forms around the world including the Neo-Nazi youths of late East Germany. Their trademarks are bald heads, working boots,  and jeans. In the 80s the subculture was either far-right or far-left though most consider themselves apolitical. 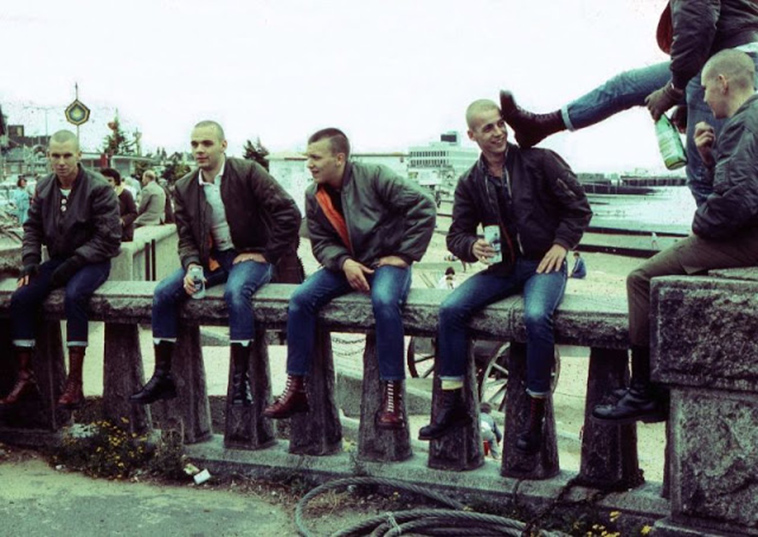 These photos were taken around the 100 Club in Oxford Street and Blue Coat Boy. In many cases, these youths were highly suspicious of people taking their photos but their posses could be quite entertaining. 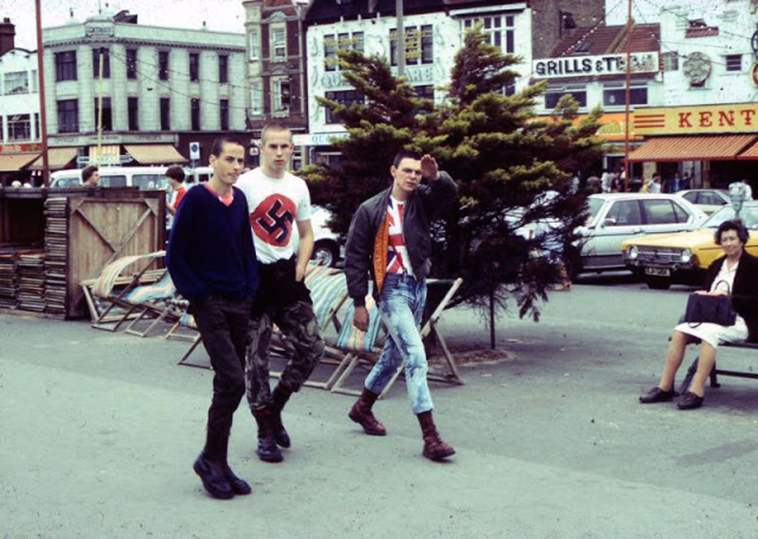 A gang of skins paraded along the promenade at Southend sending many locals cowering in fear. 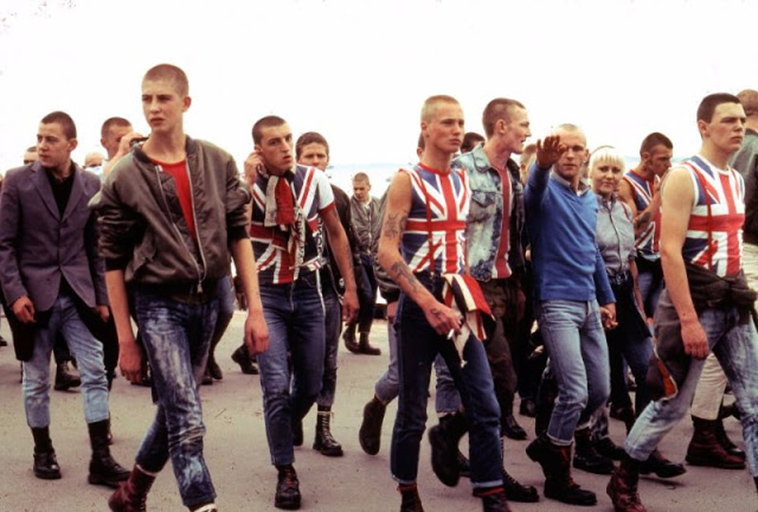 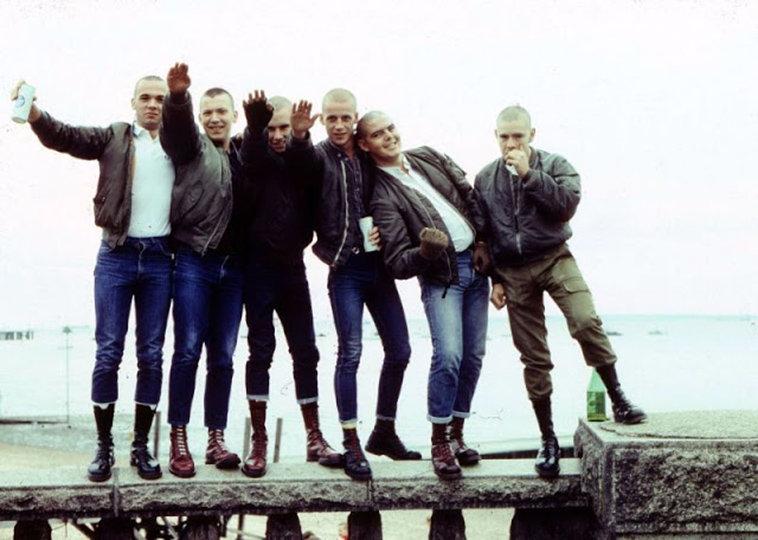 Two skinheads showed their softer side as they sit on a wall on the seafront. 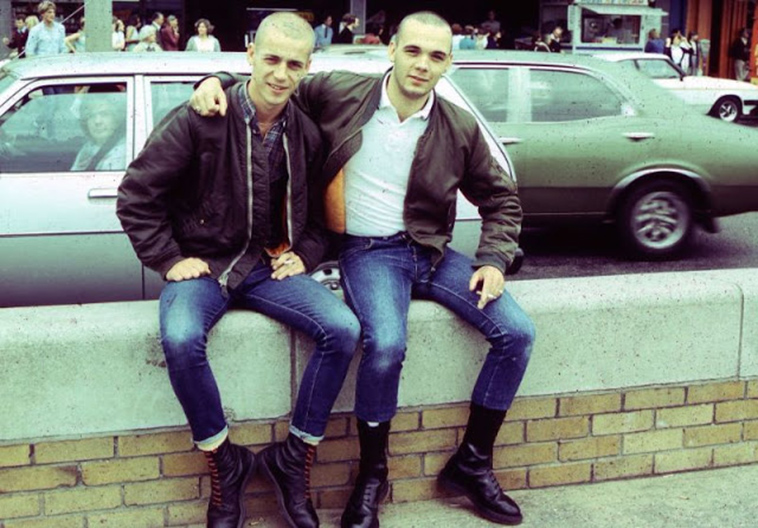 The sight of skinheads marching on to the beach sent some locals running for cover. 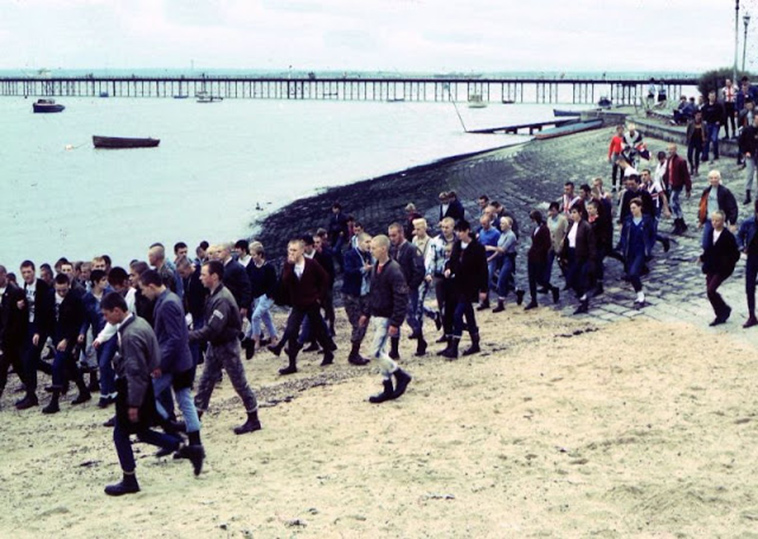 A skinhead stares out to sea showing off the spider-web tattoo on his shaven head. 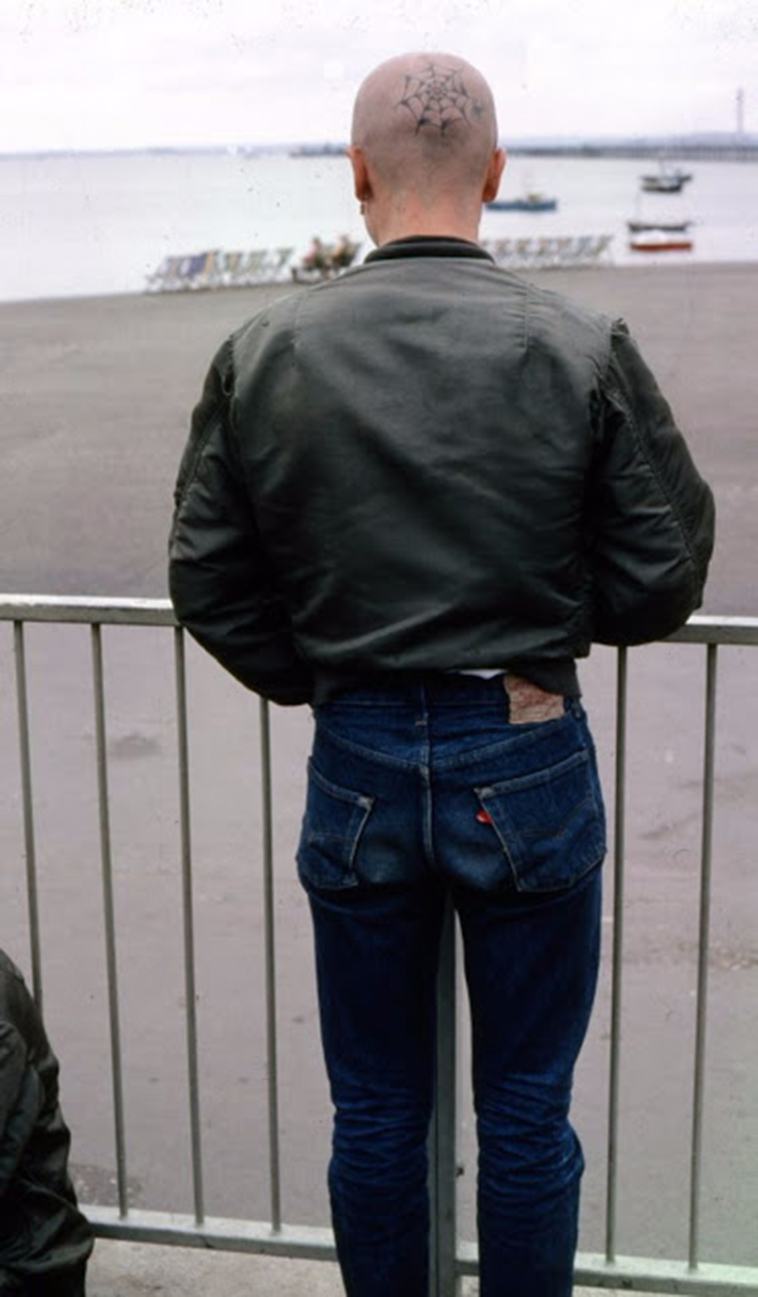 Skinhead moon-stomp. One lad showed off his cheeky side as his mates hammed it up for the cameras. 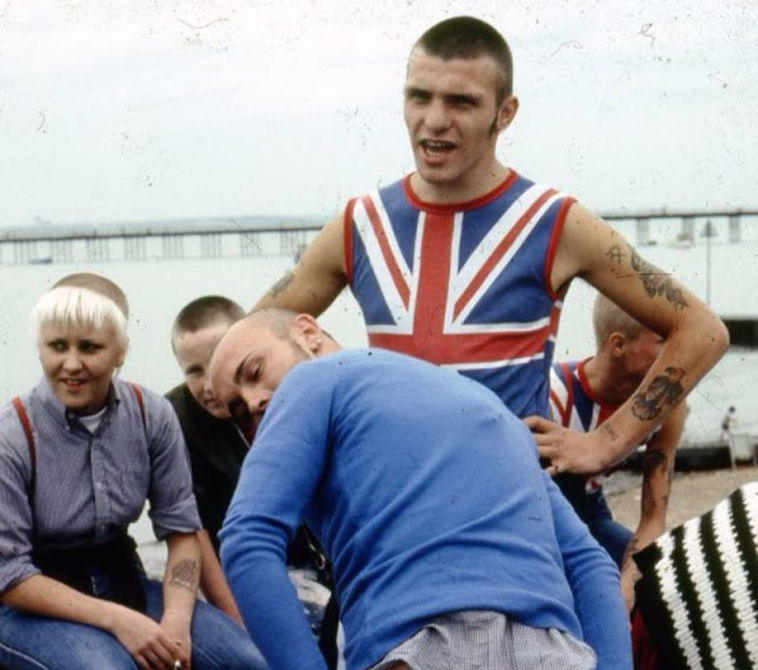 Double denim has never looked more dangerous than in this fantastic beachfront photo. 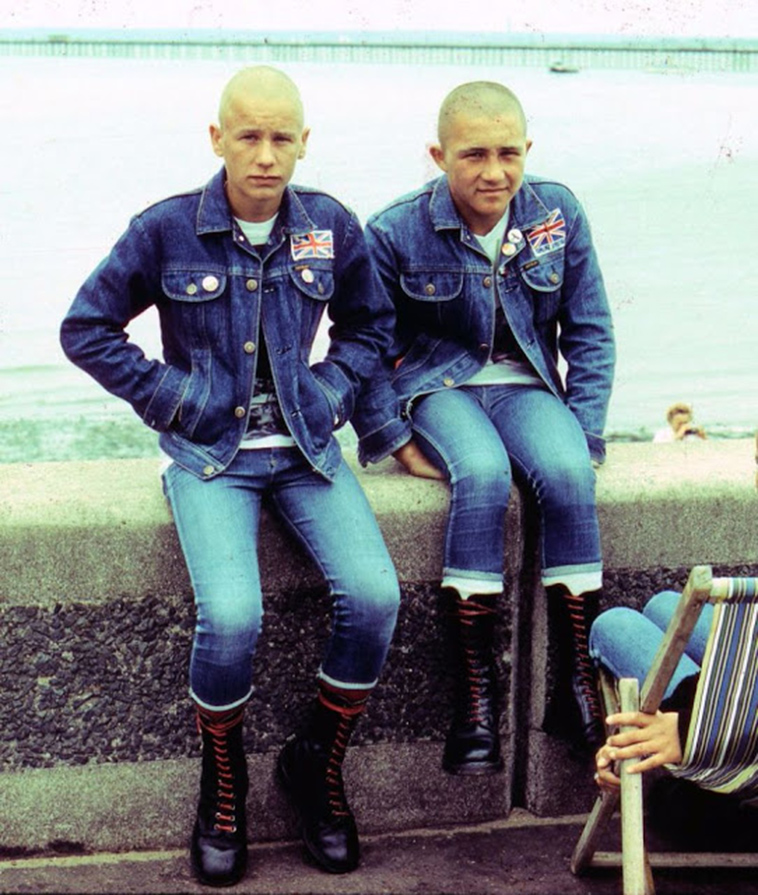 Skins pose up together on the London Underground near their favourite haunt – the 100 Club. 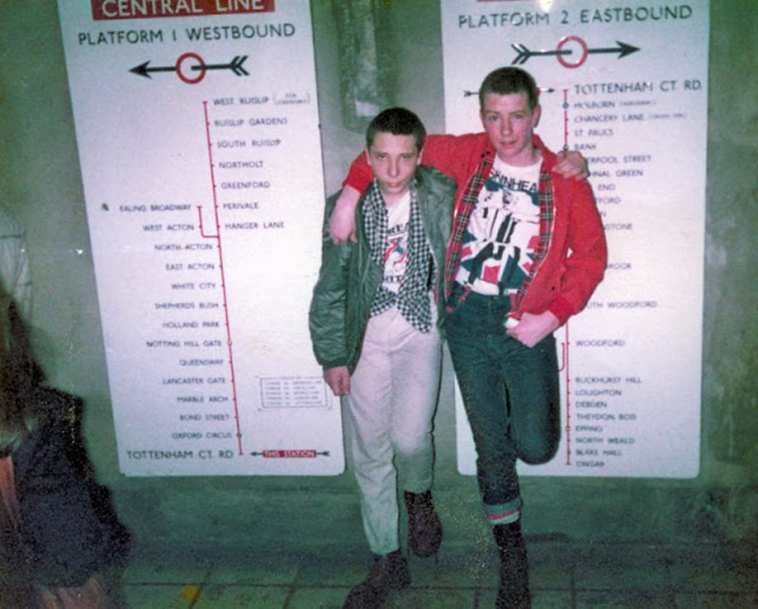 Only here for the pier and the beer. Two likely lads looking tough for the camera. 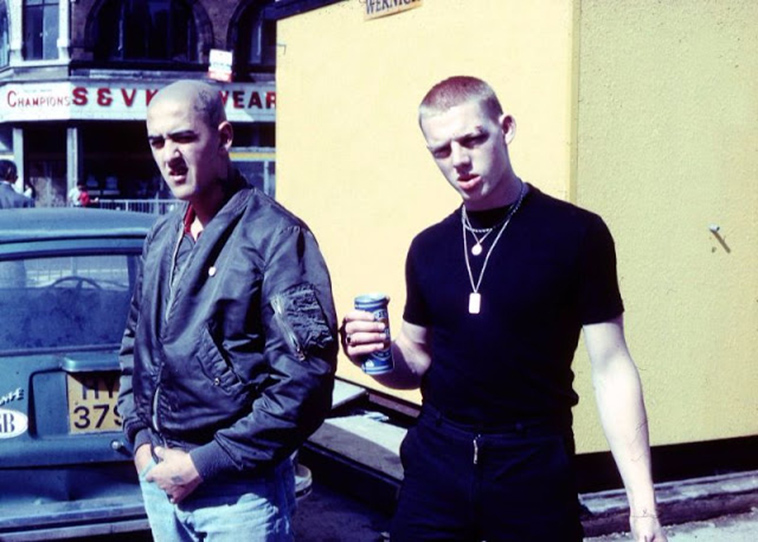 Skinhead smoking a cigarette on the Tube – perfectly legal in 1983. 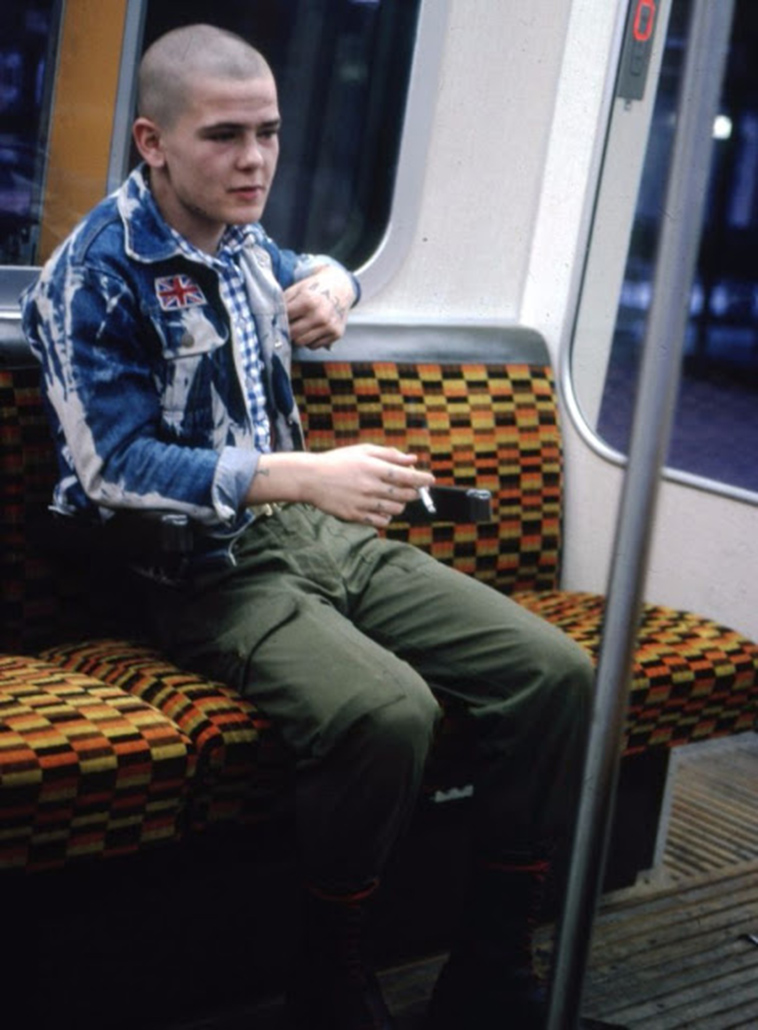 © Kim Rennie, via The Sun