This bike was the most radical concept of its time. It totally epitomizes the “Space Age” with its design. 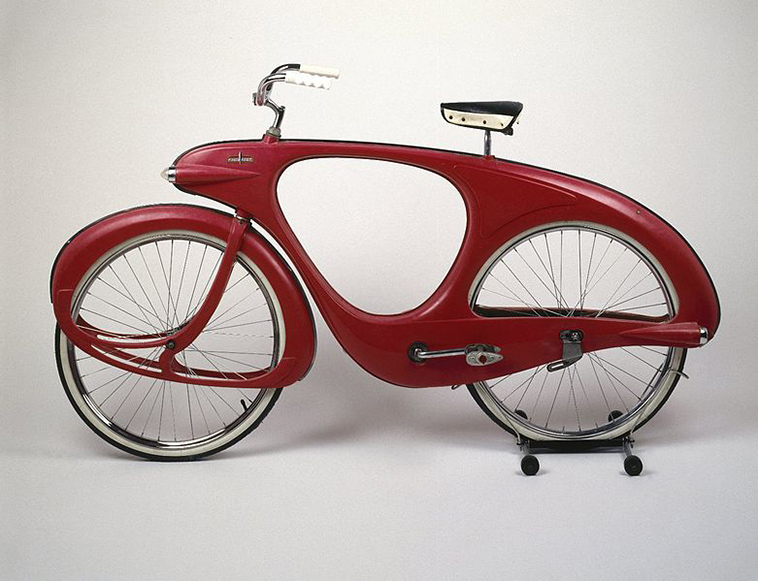 This bicycle, designed by Benjamin Bowden, was included in the “Britain Can Make It Better” exhibition of 1946. Known simply as the Classic (and later the Spacelander), Bowden’s initial design for the bicycle included a motor that gave riders a little extra oomph while traveling uphill.

The Spacelander is a marvel of postwar biomorphic design. Its curving lines and amoeba-like voids represent the mutation of the prewar streamlined style into a new expression based on organic, rather than machine-made, forms. Although the prototype—made for a 1946 exhibition of British industrial design—was a critical success, Benjamin Bowden failed in his attempts to have it manufactured. By the time it finally went into production in the United States in 1960, tastes had changed and the price of the bicycle—$89.50—was too high. It is believed that only about five hundred examples were ever sold, making it one of the rarest and most sought-after industrial designs of the mid-twentieth century. 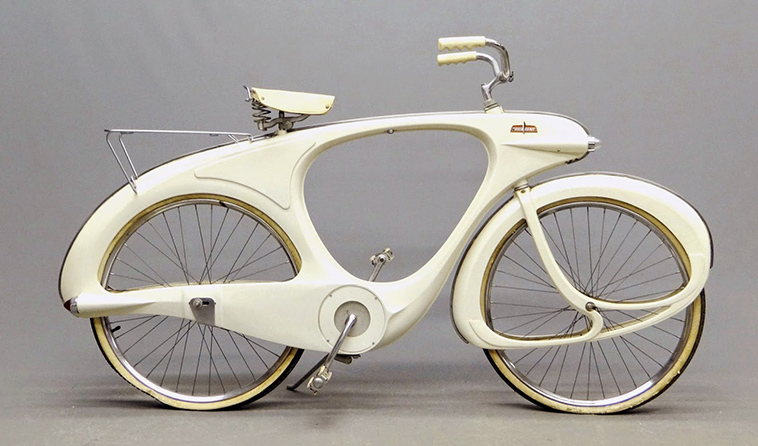 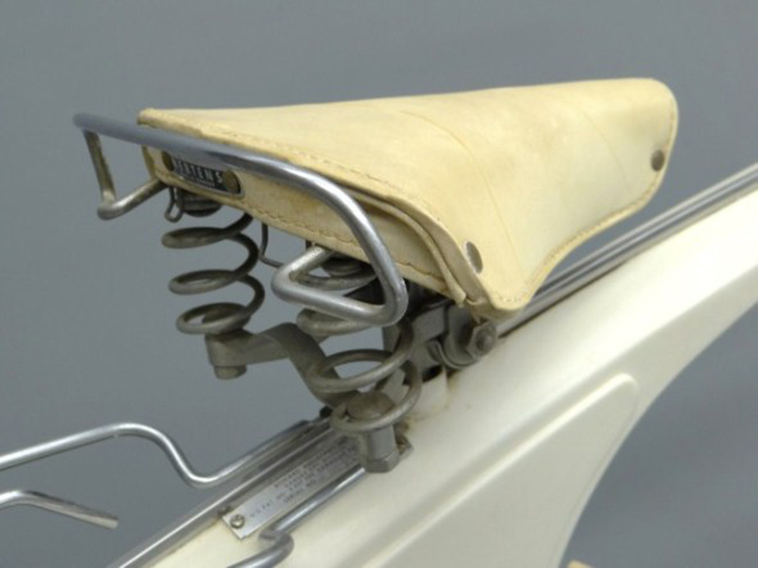 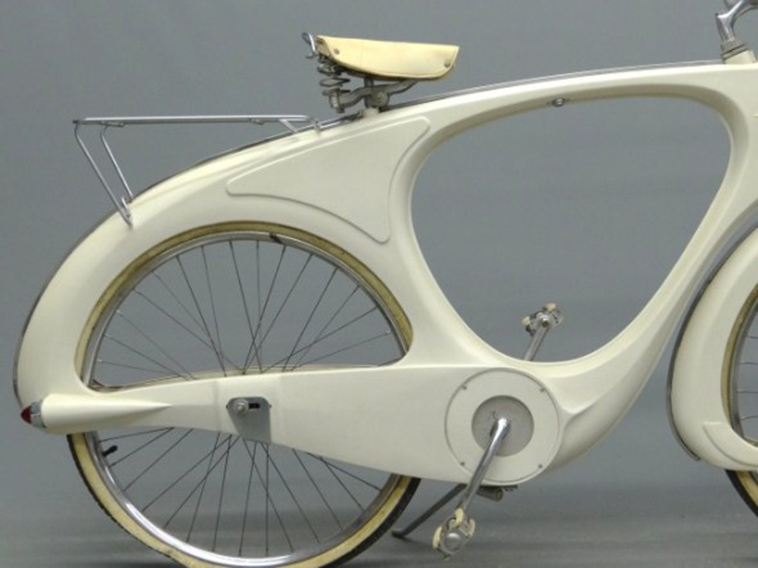 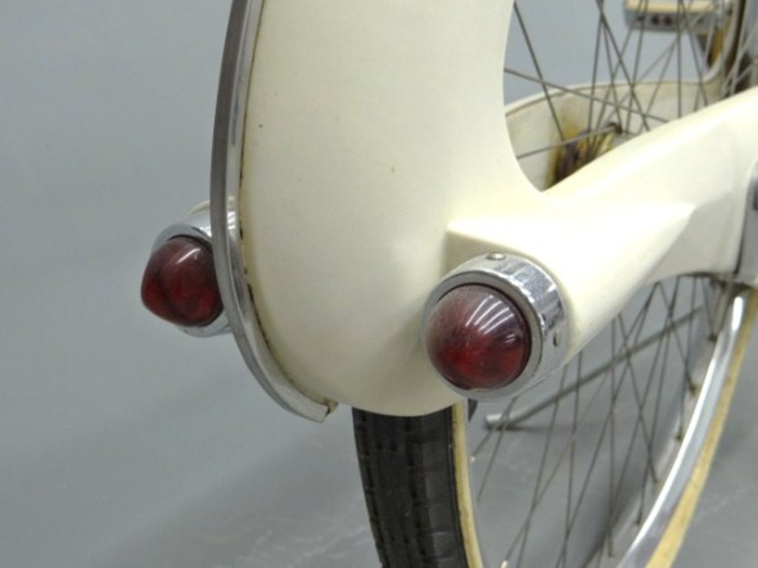 “Just by sitting down in my office and thinking about it, I said to myself I should select a product that had not been made before,” Bowden told interviewers in 1993, reflecting on his work at the age of 87.

“I think I’ll look and see if I can’t come up with a different bicycle,” Bowden continued. “An ordinary pedal bicycle has two wheels that are joined by steel tubes. So being a designer in the automobile industry, I decided that I should think of something different, but not too different in its function. You’d still have to pedal around.” 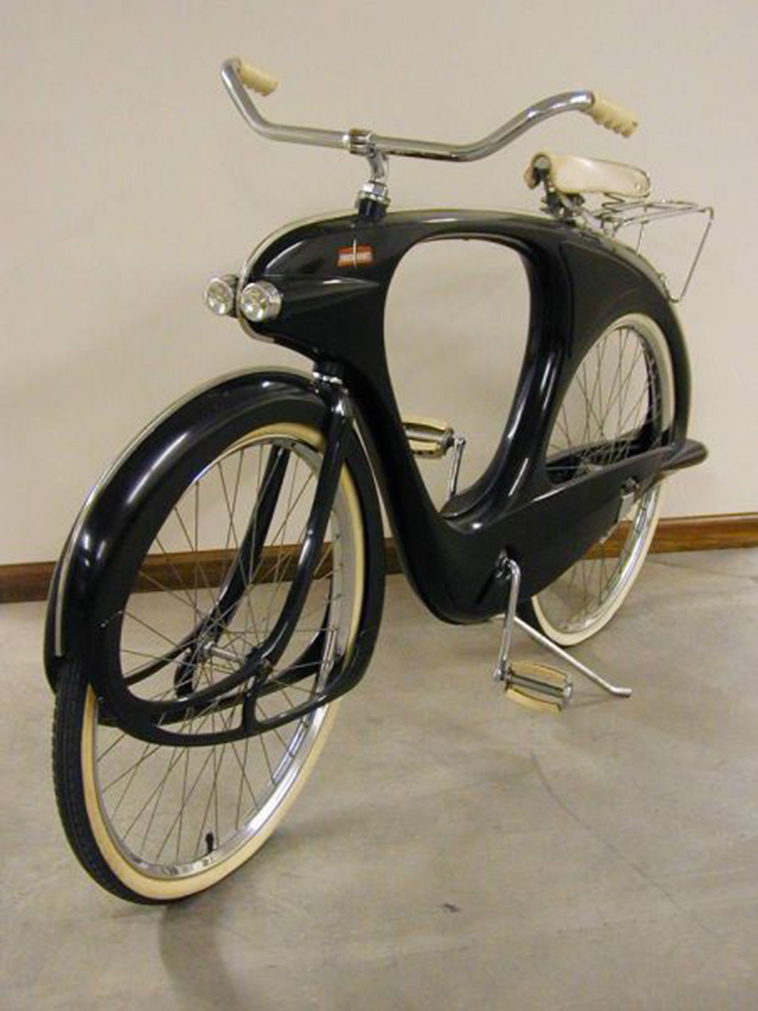 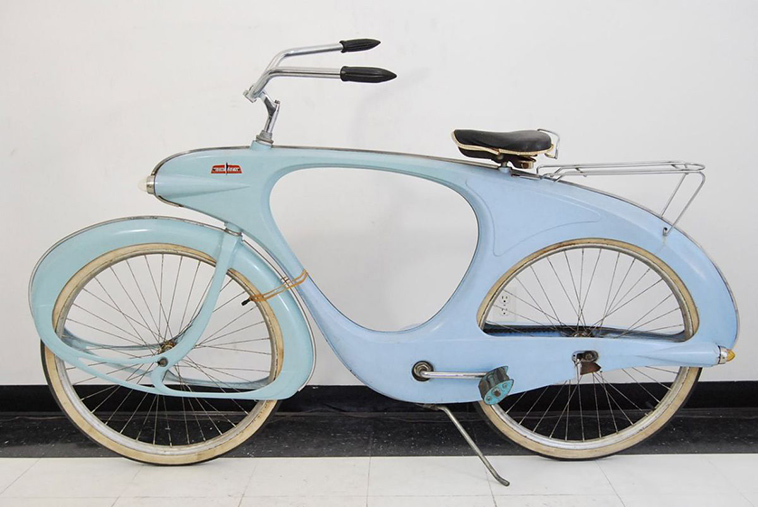 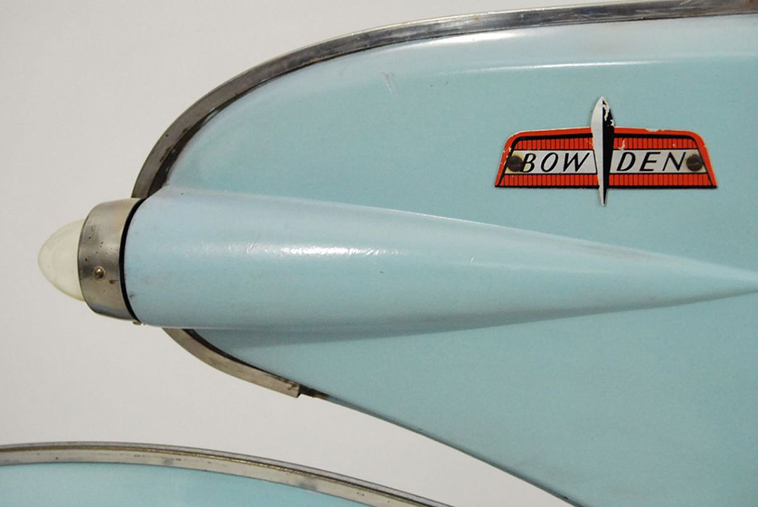 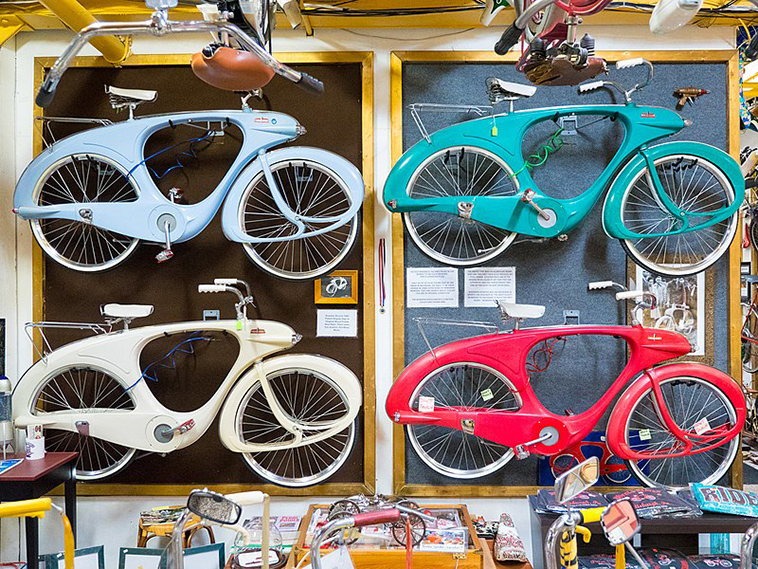 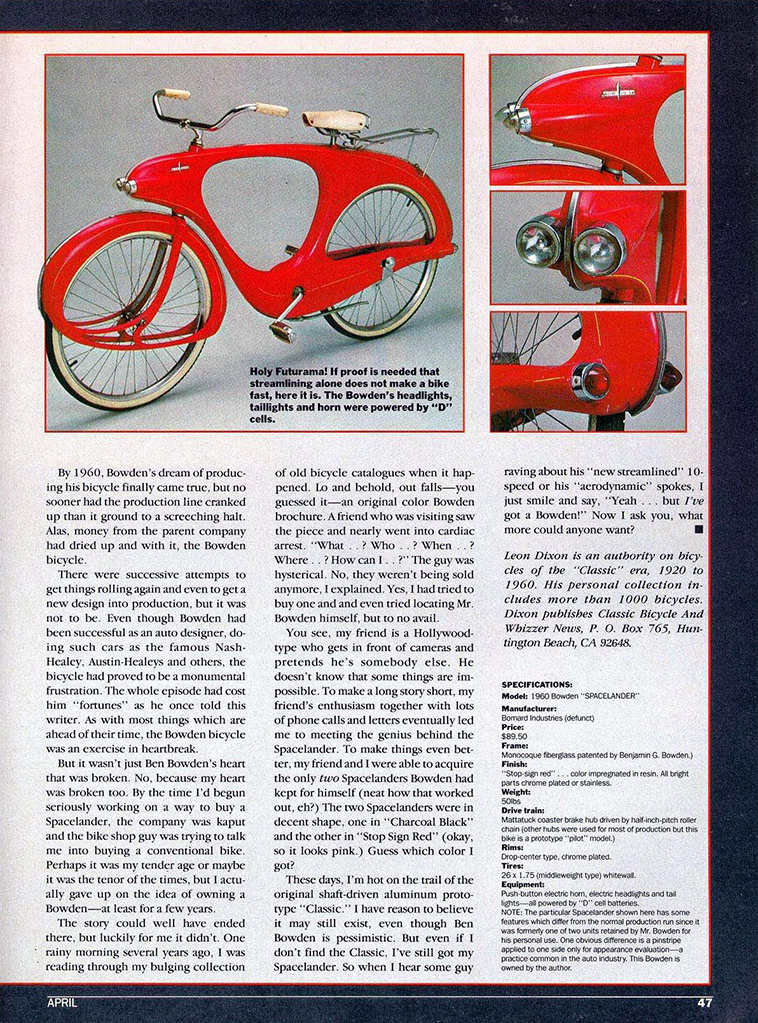