What seems to be a sci-fi movie, the researchers at NOAA Expedition who were onboard the Okeanos Explorer were filming the bed of the ocean near Mariana Trench by making use of an ROV a few days back. They spotted a totally unusual creature suddenly and were shocked when this creature came in the frame. It had a few wiry tentacles and had a cluster of 8 bright and reflective orbs inside its body. 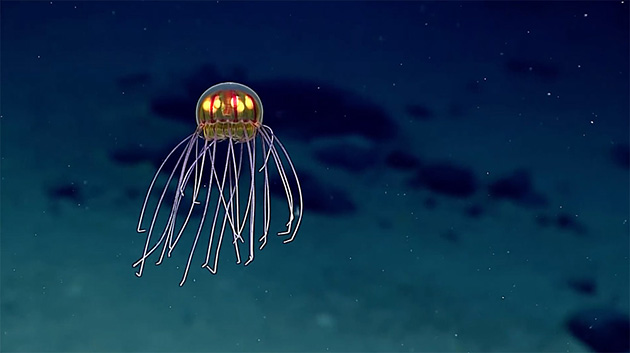 It was a jellyfish they had never seen before! When you look at the image suddenly, it might appear to be photoshopped as the details look intricate. However, this tiny and exotic animal is for real and has been living roughly 3,700 meters below the ocean surface. Take a closer look at this jellyfish and you will truly be amazed at what you see. 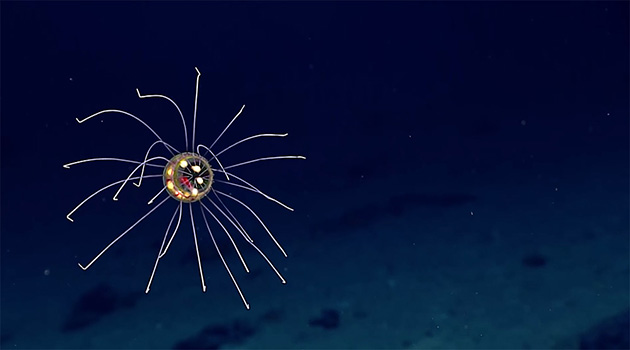 As per scientists, this animal is not a part of Crossota and they do not have a polyp stage, they only survive all through their life as drifters. This animal is a predator and ambushes its prey. If you take a closer look at its posture in the first half of the video, you will notice that the belly was motionless and the tentacles were spread out, just waiting for prey to walk into the trap. The red and yellow parts on the body might be the gonads of the jellyfish, as per scientists.