Valtteri Mulkahainen, a physical education teacher from Sotkamo, Finland, has devoted his spare time to photography. He has been shooting his country’s wildlife and captured many magical moments. Valtteri was planning to explore the Finnish taiga around the town of Martinselkonen on the 3rd of June, 2013. He noticed a bear coming into a clearing with a few small cubs. The scene was so extraordinary, Mulkahainen said at the time he thought he was imagining it. 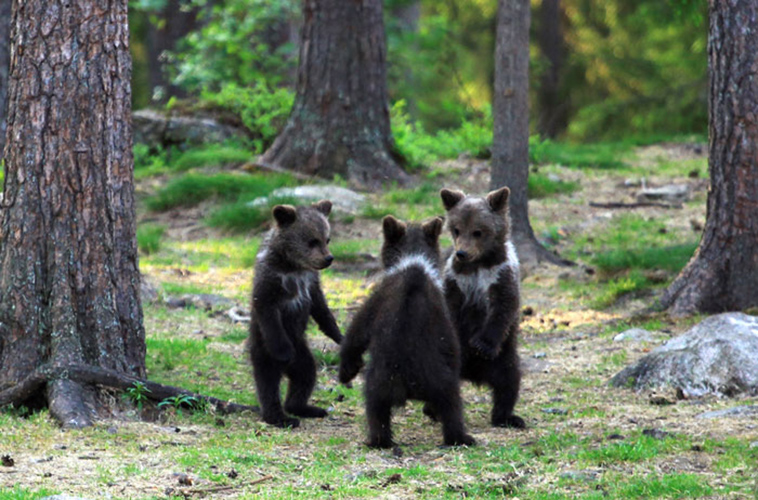 “The cubs behaved like little children,” Valtteri told. “They were playing, and even started a few friendly fights. I felt like I was on a playground in front of my house, where small children frolic around. That’s how much they reminded me of little children. At one point, the three of them got up on their hind legs and started pushing each other. It was like they were dancing in a circle.”

Check out the magical images below. 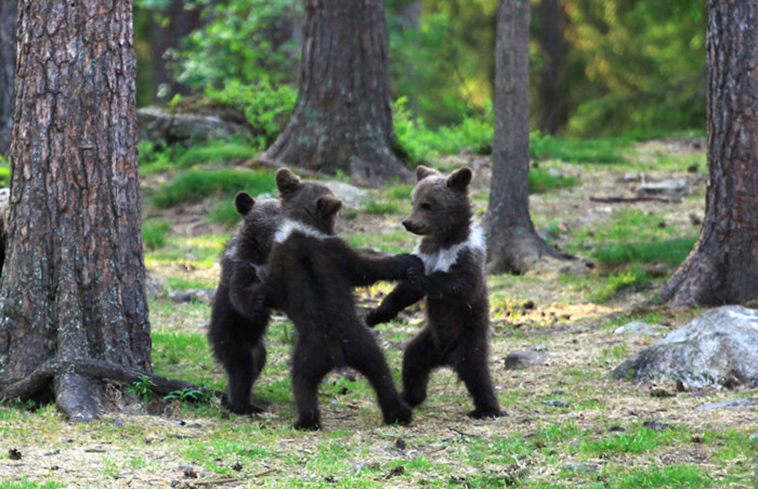 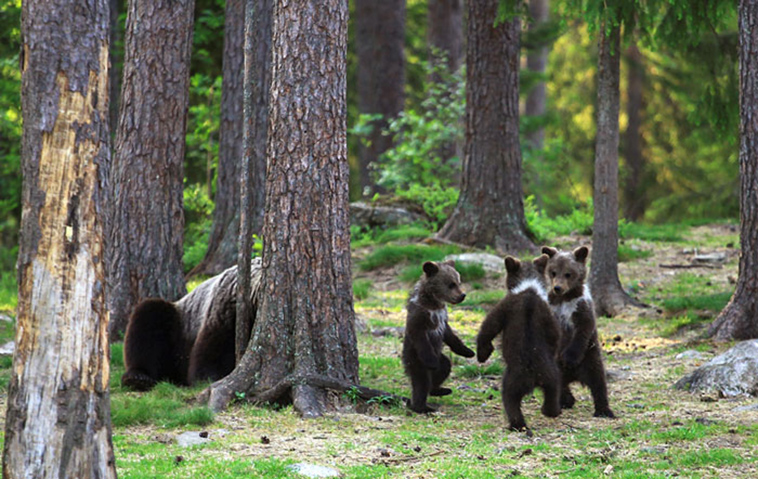 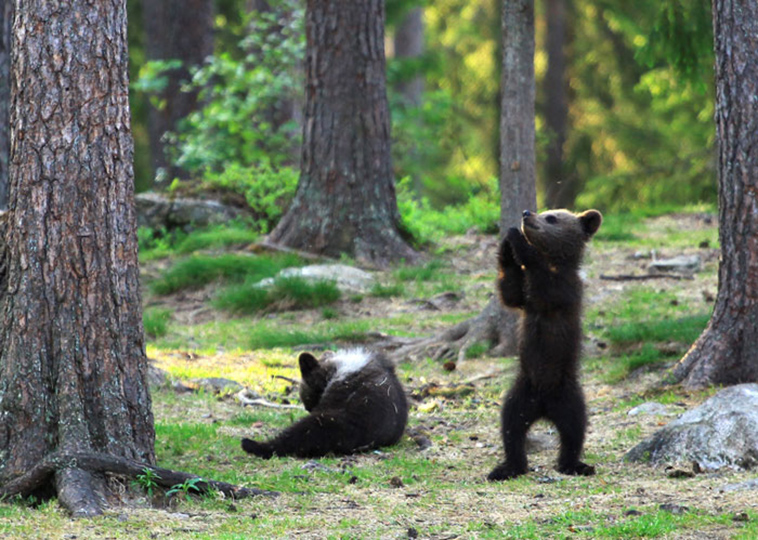 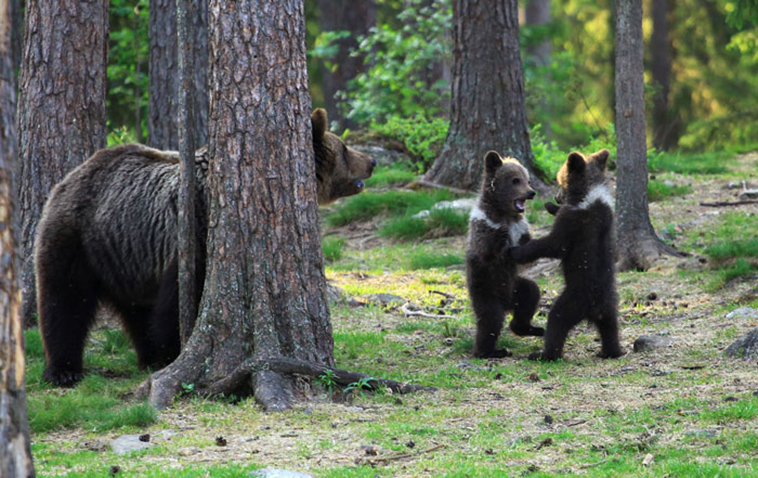 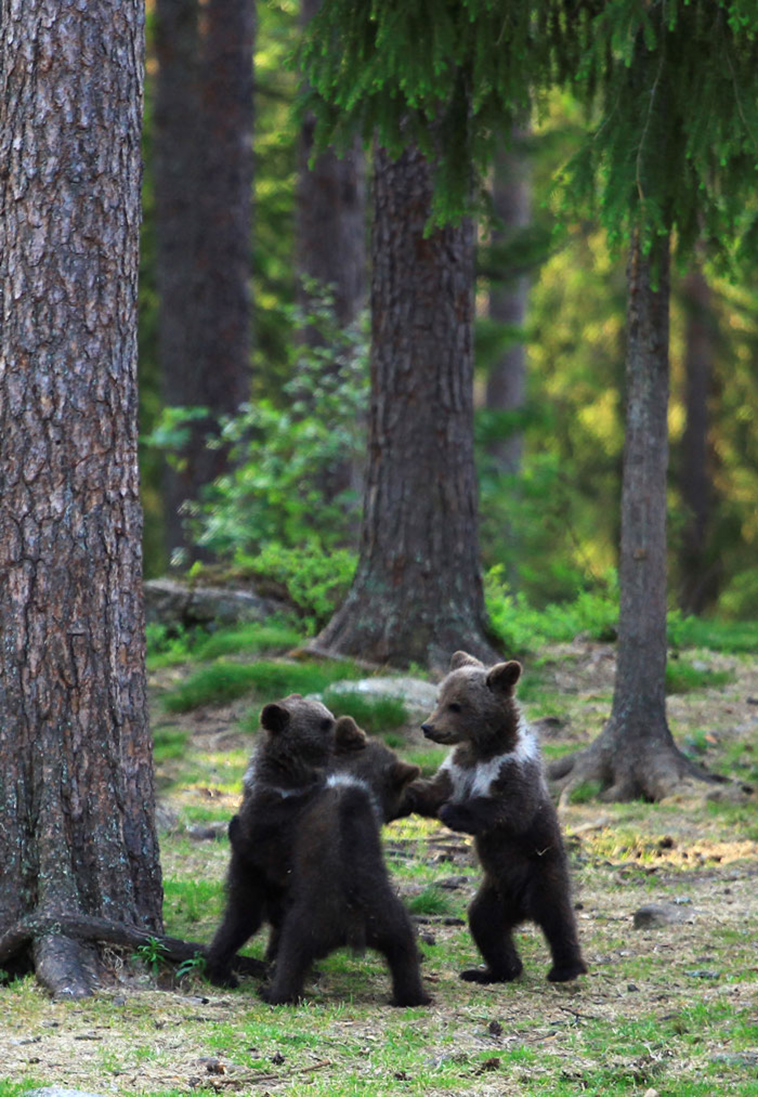 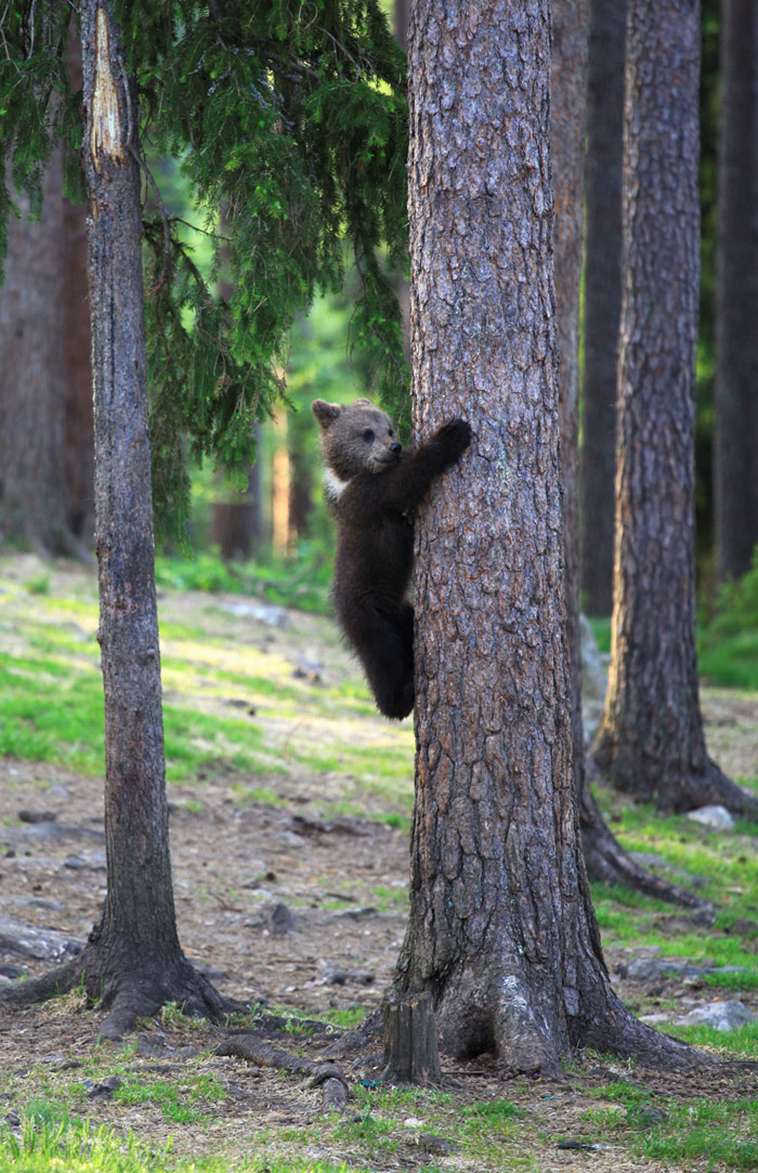