Holocaust was one of the saddest moments in history and the concentration camps that were in place when Adolf Hitler rose to power were sad and were enough to send shivers down one’s spine. Millions of Jews and other minorities were tortured to death and there were systems in place to kill thousands of them in one go.

A survivor of the deadly Holocaust, Roman Kent, in association with BBC, flew a drone over Auschwitz to know more about the historical site and the results were deeply saddening.

One of the harshest message seen on the site was “Arbeit Macht Frei”, which literally translates to “Work sets you free”, mocking at the prisoners entering these camps. 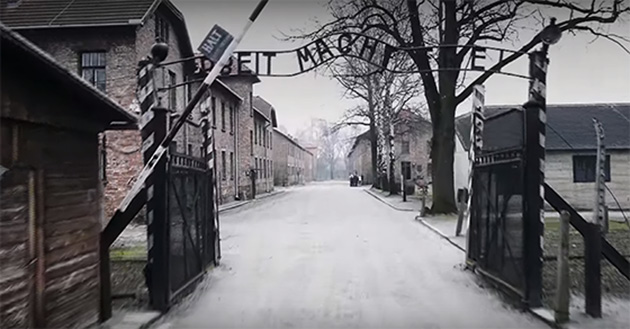 Although it is disappointing to see dark places like this, it lets us know more about how cruel Adolf Hitler was and what the minorities and prisoners were subject to. Hence, it is about time that everyone takes a lesson from this and make sure that such dark history is never repeated again in the days of mankind. Make sure that you share this video so that everyone knows about the cruelty that existed back then.