Federico Babina is an Italian illustrator and architect who has created an unusual series of artwork entitled “Archilife.” This series of artwork combines famous house architecture from throughout the 20th century with the images of Hollywood movie stars from the 20th century. Babina places these classic actors inside different famous home designs which creates a warm and pleasant feeling to the viewer. The artwork has the actors doing basic everyday things like reading books or shaving. Babina tried to make each actor do something that most people wouldn’t imagine them doing. 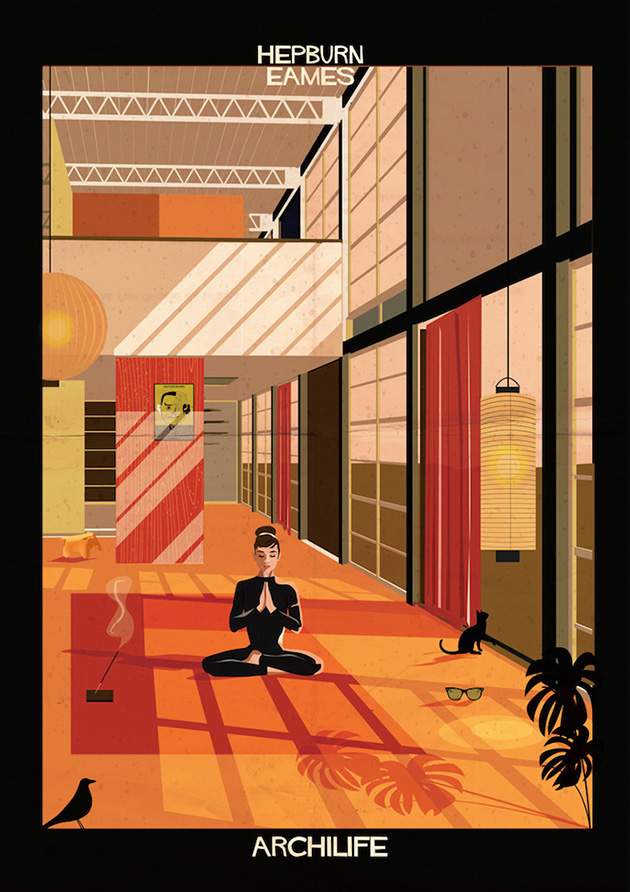 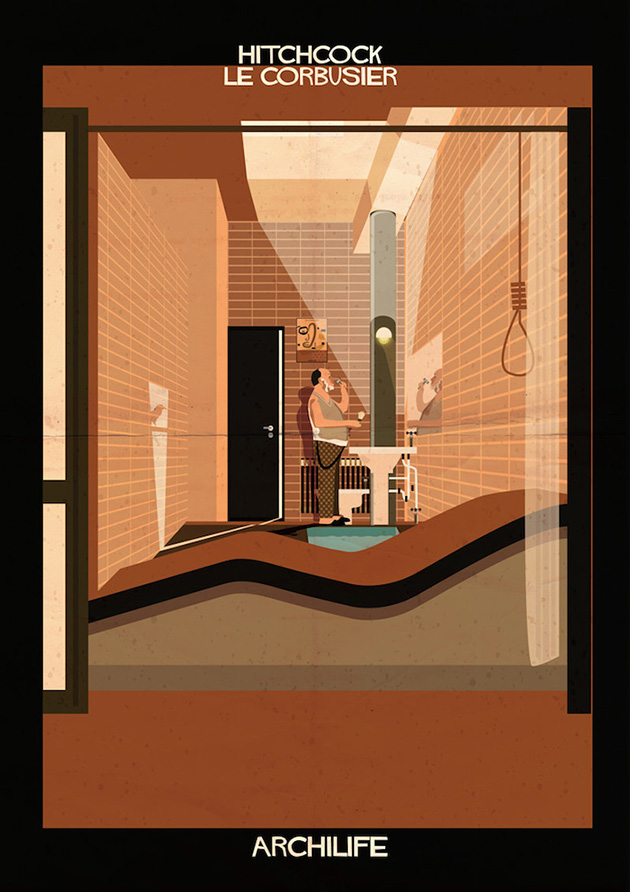 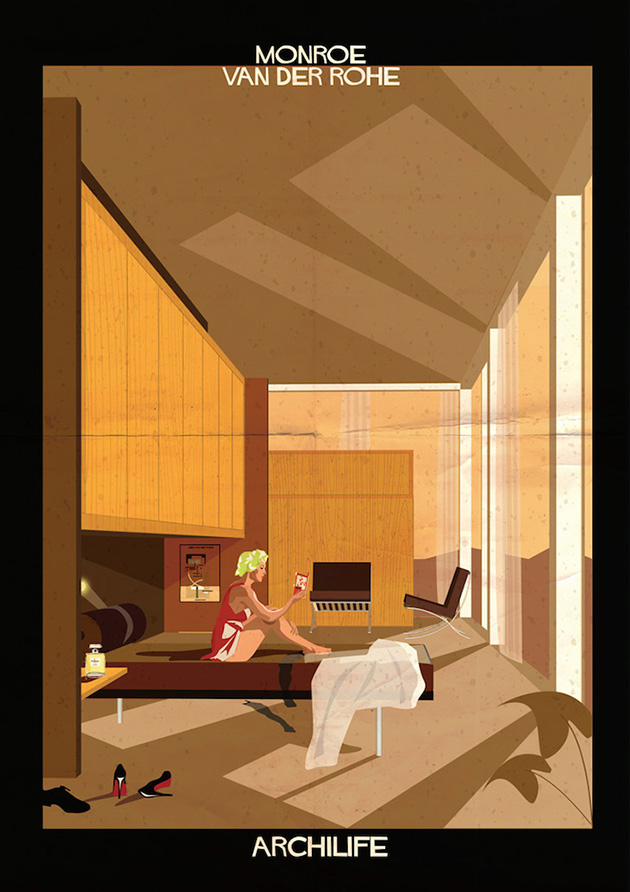 On top of each design, Babina puts the last name of the movie star and then the last name of the architect of the home underneath it. So, for anyone who is knowledgeable of 20th-century actors and architecture, this series of artwork will be a thrill for you to see. For example, Babina did an illustration that featured Marilyn Monroe reading a book. There was a bottle of Chanel No. 5 on a table nearby and the classic Barcelona Chair that was designed by an architect named Ludwig Mies van der Rohe. The title of the piece contains “Monroe” with “Van Der Rohe” underneath her last name. 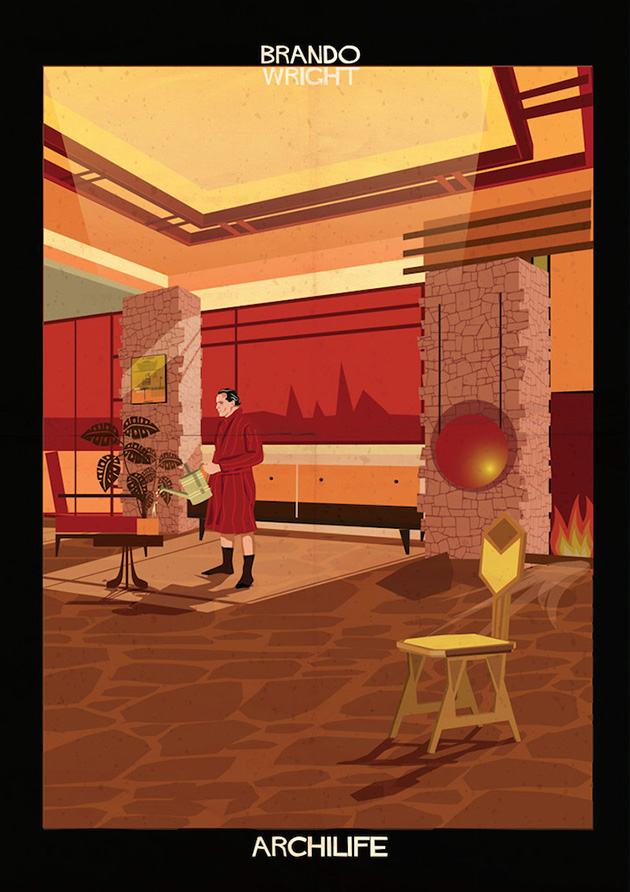 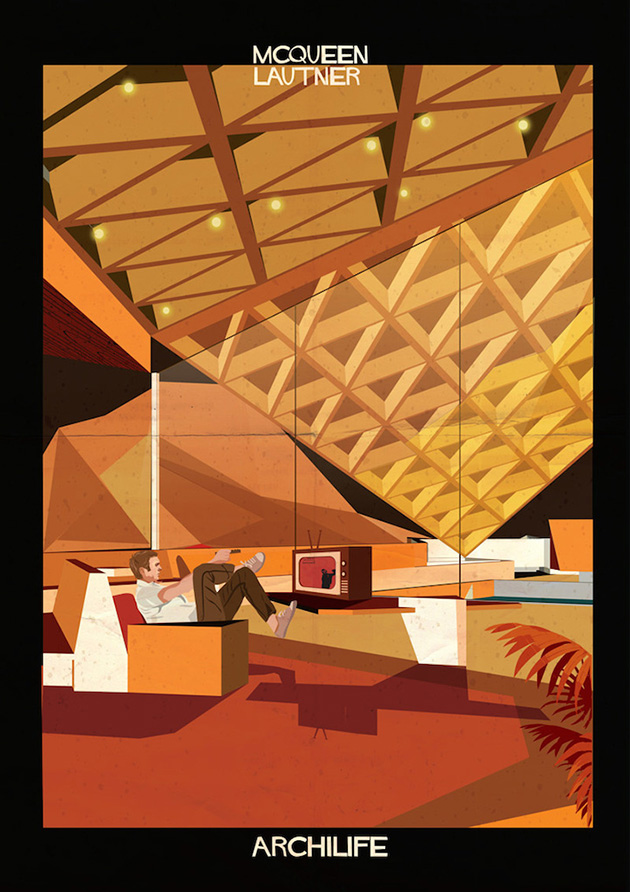 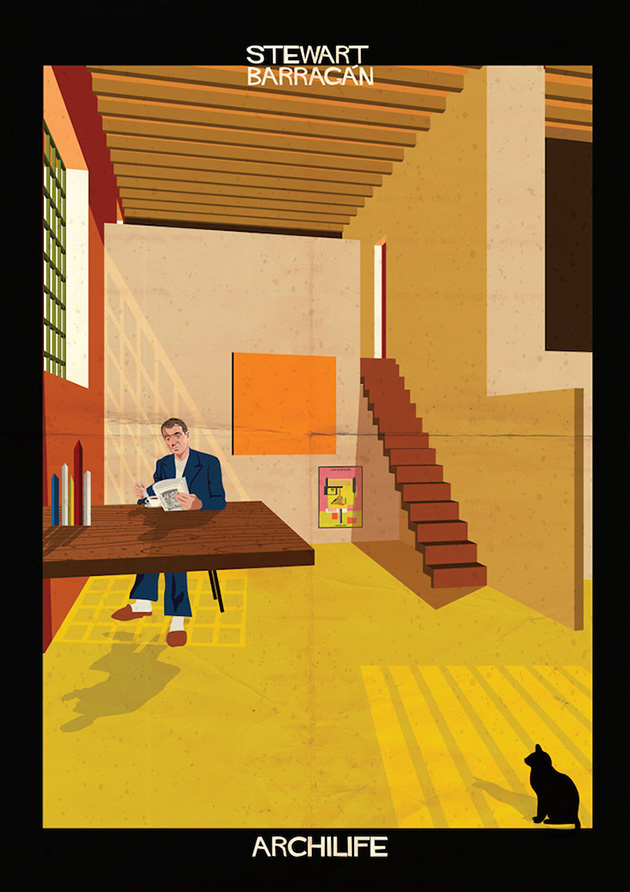 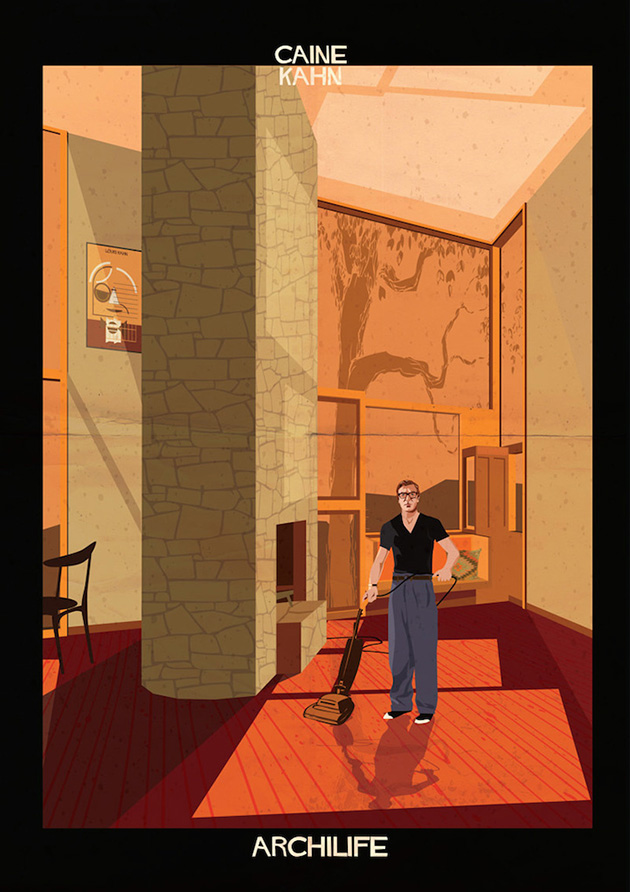 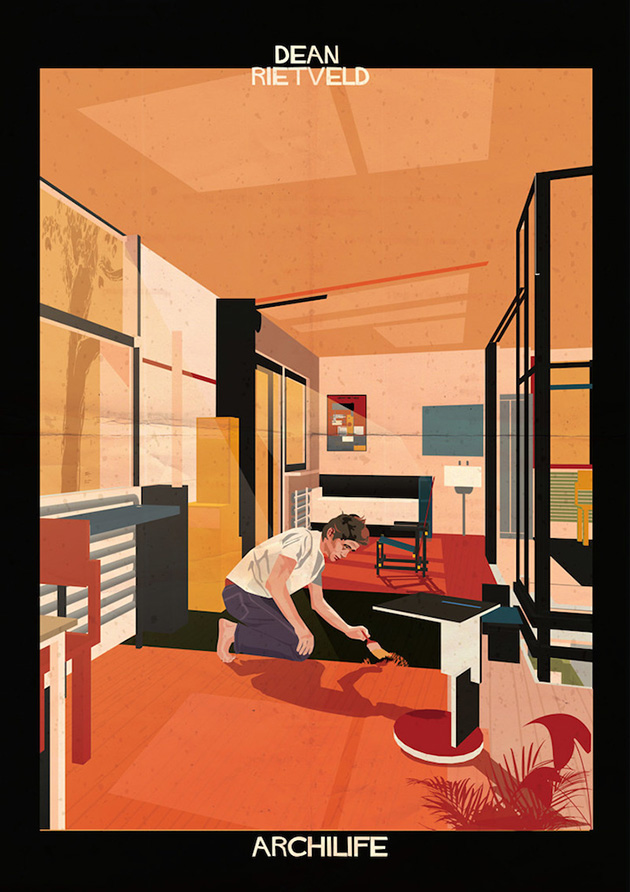 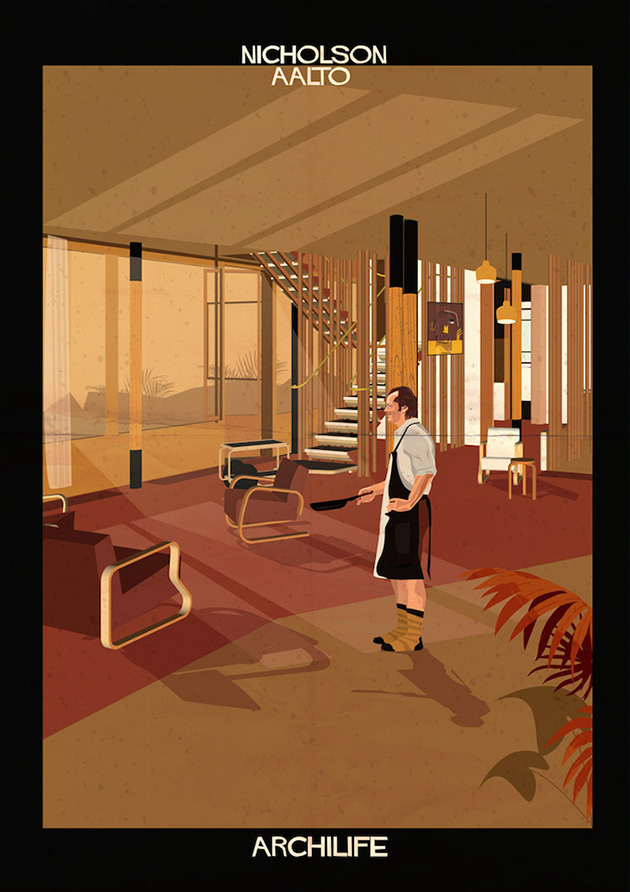 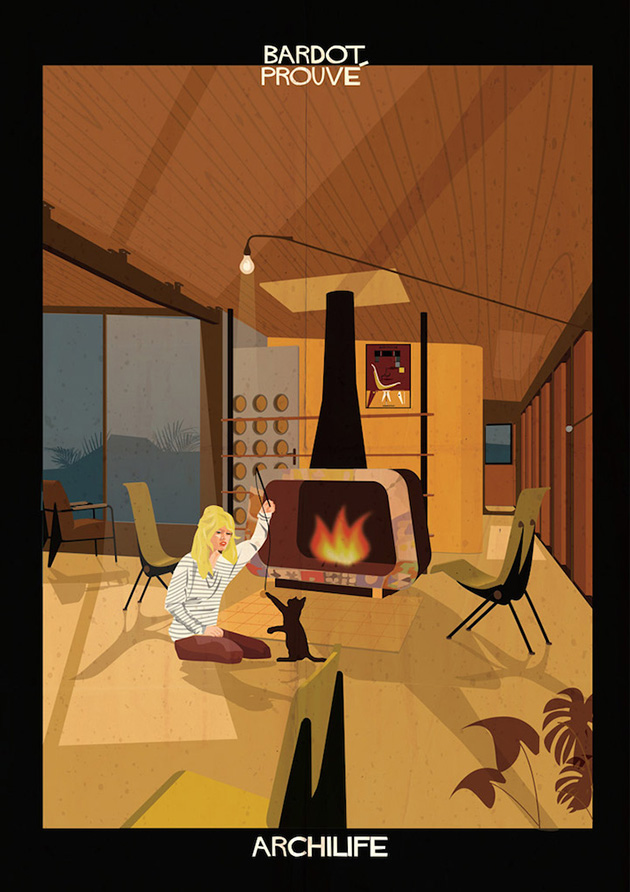 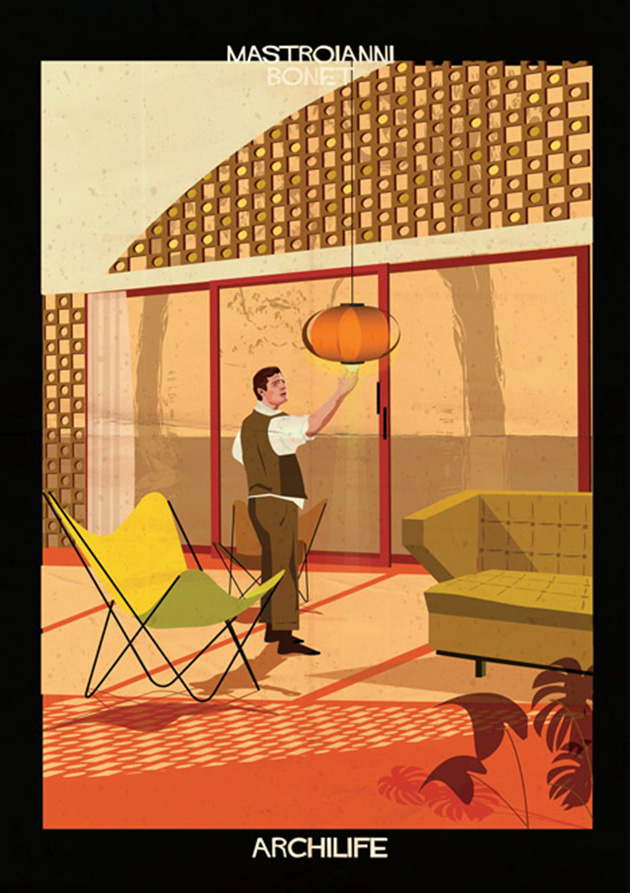 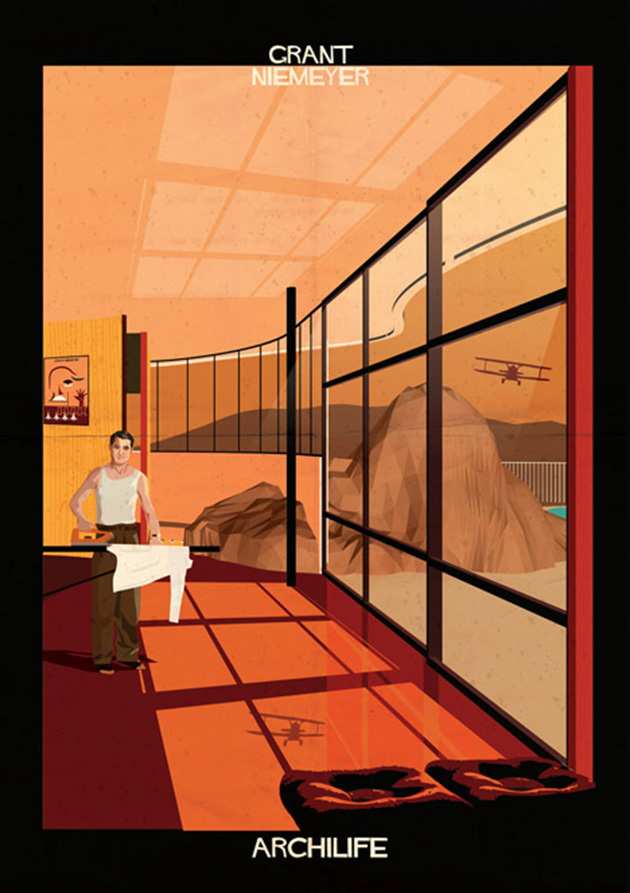 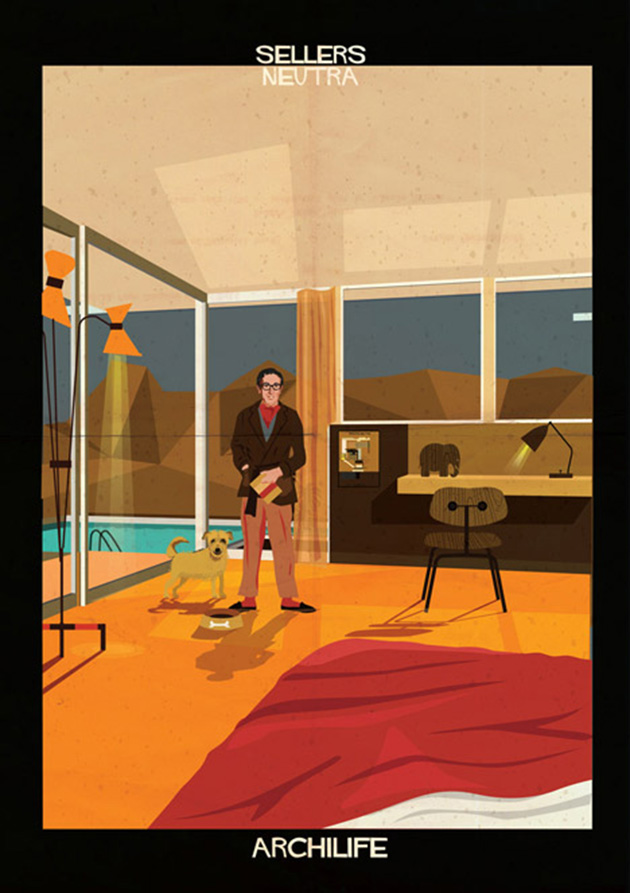 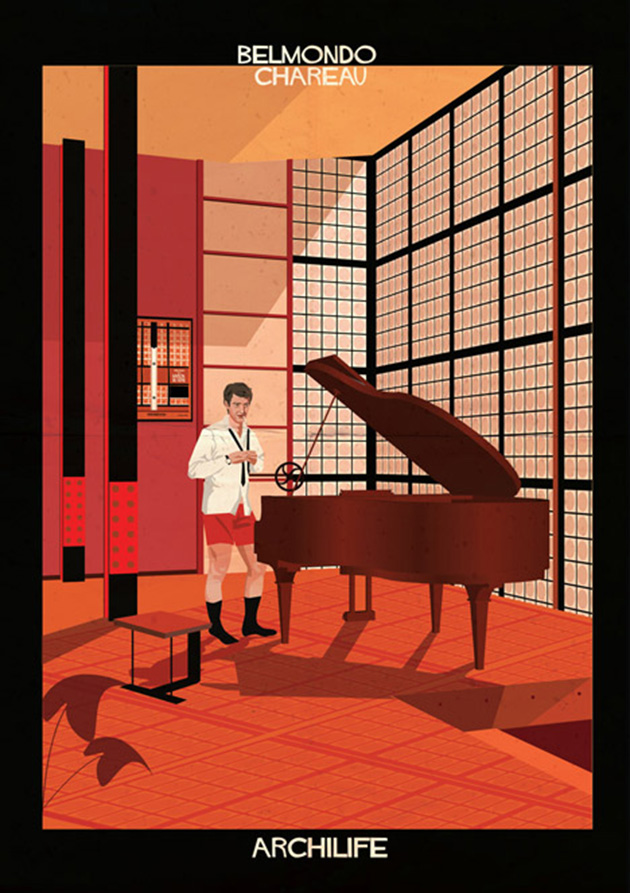 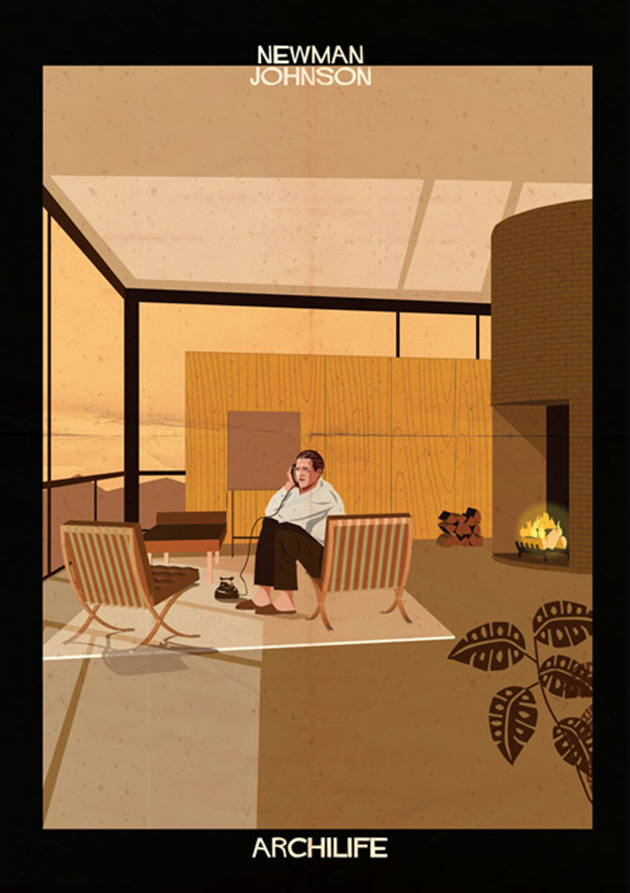 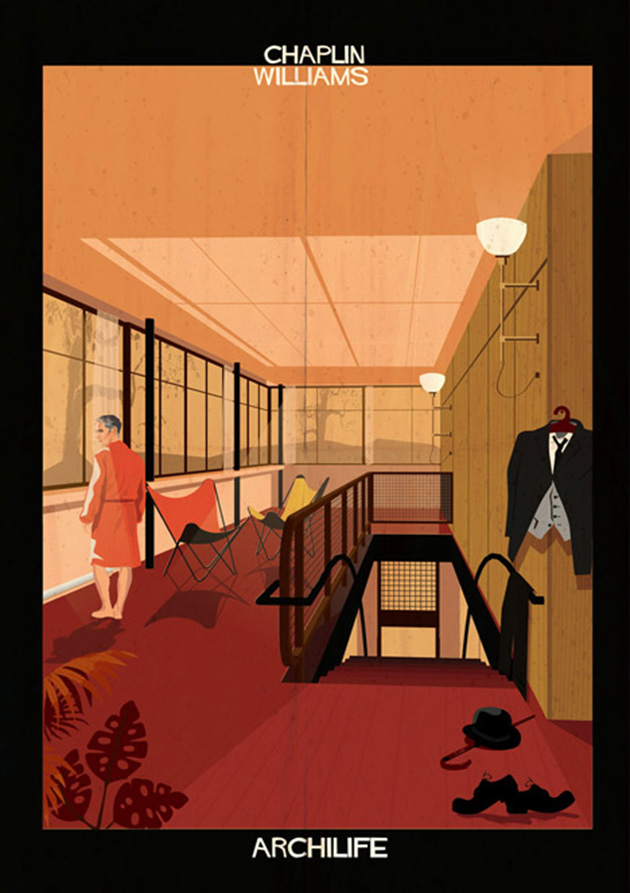 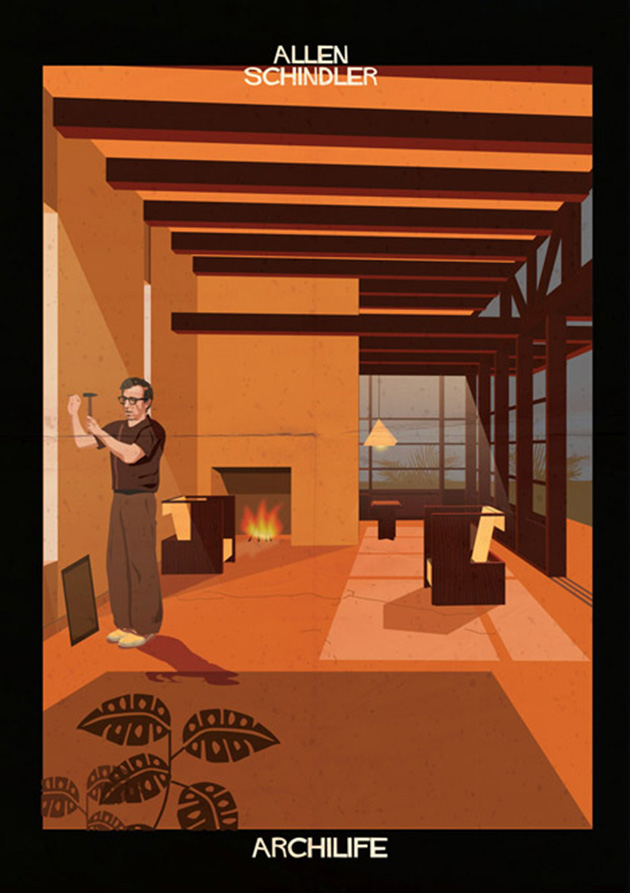