Cardelús was drawn to the visual impact of the simplest lines, colors, and forms that comprise the inimitable structure. it is by establishing the harmony of each element that he is able to build layer upon layer; resulting in an almost palpable photograph that brings out the hidden detail hierarchy that made gaudí so incredible.

“To interpret the Casa Batlló with images able to attract the viewer’s attention and seduce him means searching in every frame the consistent continuity of each and every one of the essential elements of Gaudí graphically expressed as lines, shapes, and colors.” Originally, the building was built in 1877 by Emilio Sala Cortés (one of Gaudí’s architecture professors), when there was still no electric light in Barcelona. In 1903 it was purchased by Mr Josep Batlló y Casanovas, a textile industrialist who owned several factories in Barcelona and a prominent businessman. Mr Josep Batlló granted full creative freedom to Antoni Gaudí, putting him in charge of a project that initially entailed demolishing the building. However, thanks to the courage shown by Gaudí, the demolition of the house was ruled out, and it was fully reformed between 1904 and 1906. The architect completely changed the façade, redistributing the internal partitioning, expanding the patio of lights, and converting the inside into a true work of art. Besides its artistic value, the building is also extremely functional, much more characteristic of modern times than of the past. Some even see elements that herald the architectural trends of the late 20th Century. The apartment’s staircase and blue patio 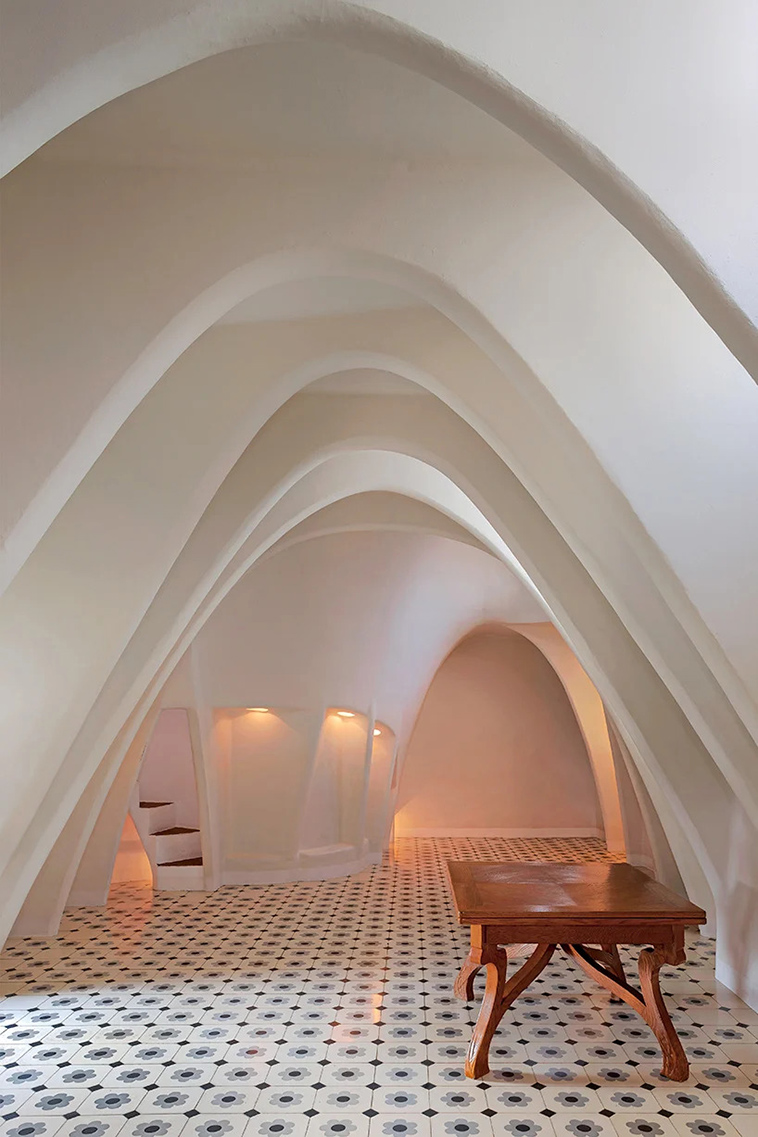 The attic’s arches are the ribs of the dragon 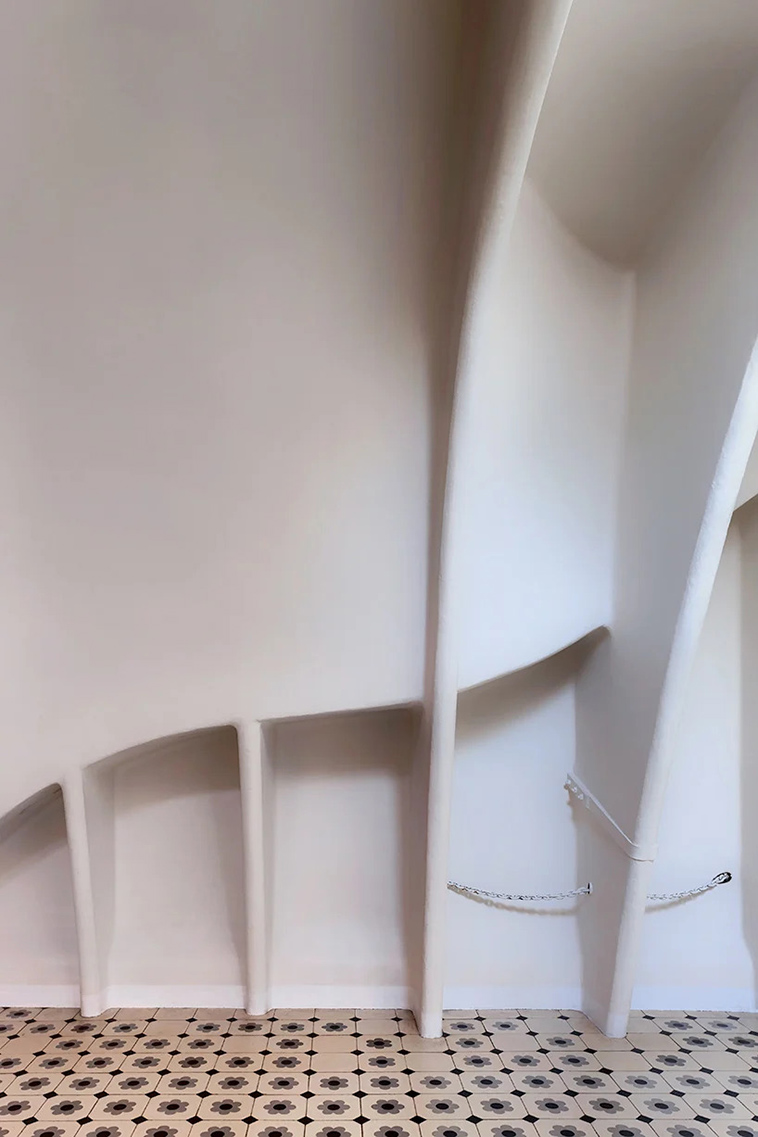 Chimneys at the roof terrace of ‘Casa Batlló’