Ritter’s Road Skates was one of the most popular issues of its period, the last part of the 1890s. As an advertisement reads, “Ritter Road Skates allow anyone to practice the graceful and healthful pastimes of speed and figure skating on any road or other suitable surface.” The ancestors of roller skates, Ritter’s Road Skates, were invented by Mr. Ritter. When they were popular around 1897/1898, several well-known cyclists, notably M. S. Napier, Walter Munn, and A. Hoffman, formed a club and skated on the road every weekend. 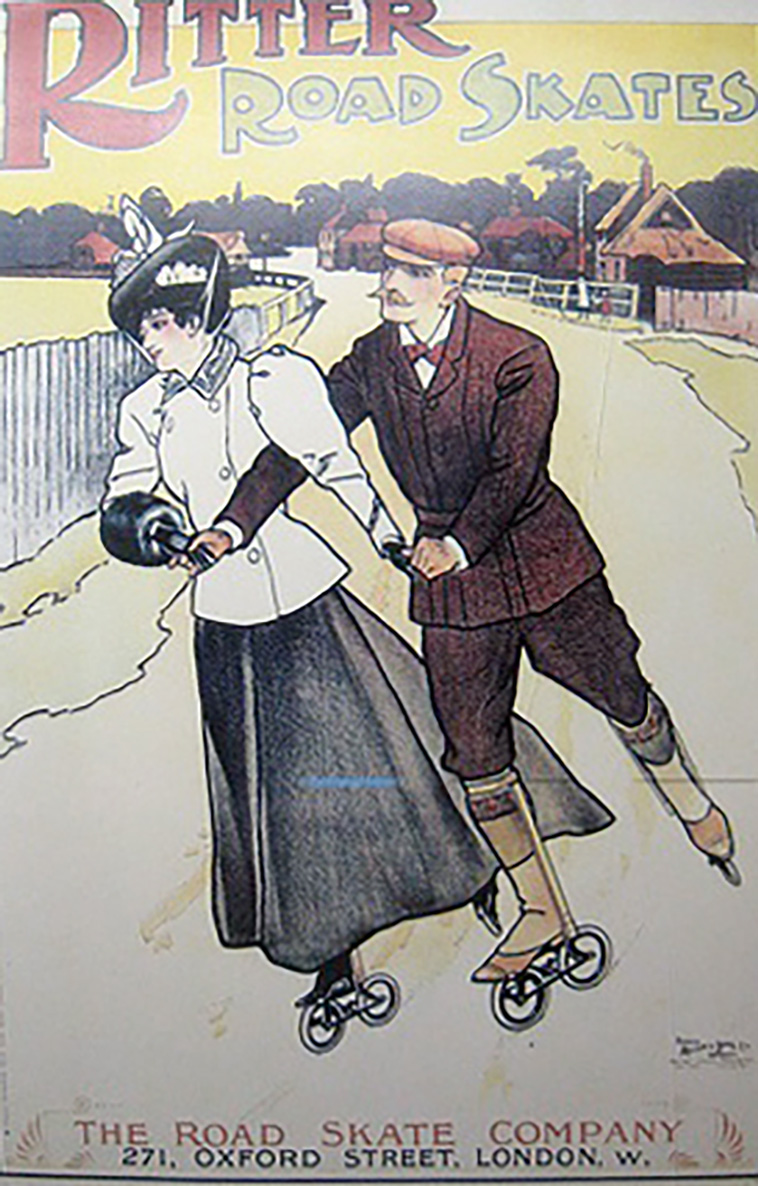 The skates weigh 40 lbs each and each skate is secured to the boot by clips on the principle of the ‘Acme’ ice skate. The wheels run on ball bearings and, as you can see below, feature a braking system reminiscent of that of the velocipede. The brake is applied to the rear wheel by pulling the cord which follows the wooden strut up to within a few inches of the skater’s knee. 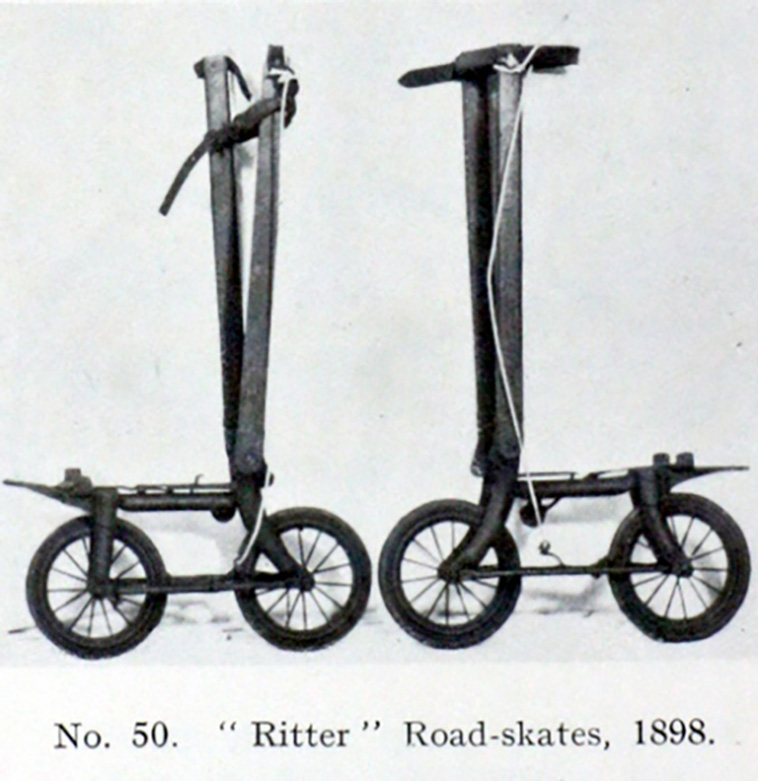 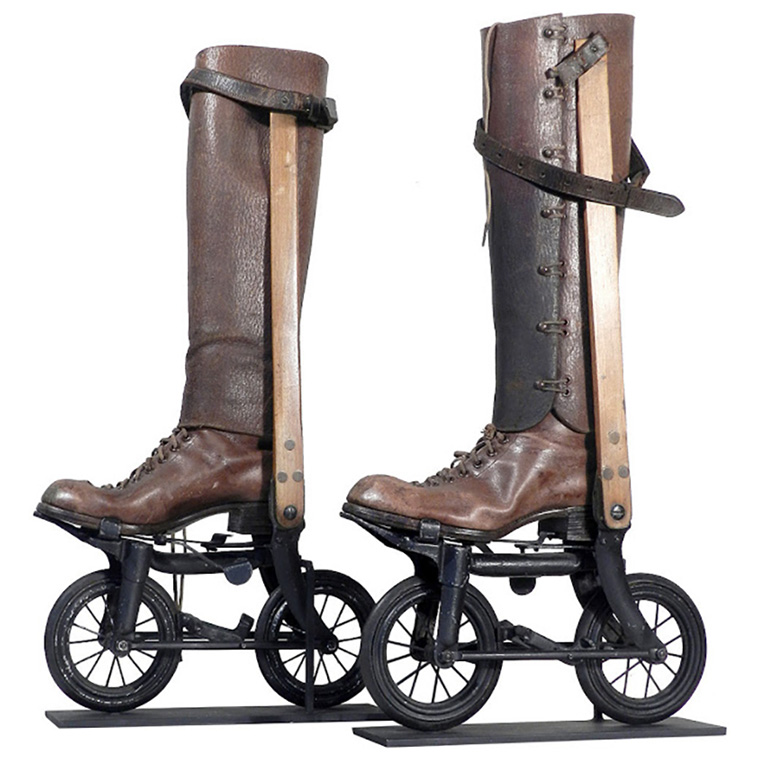 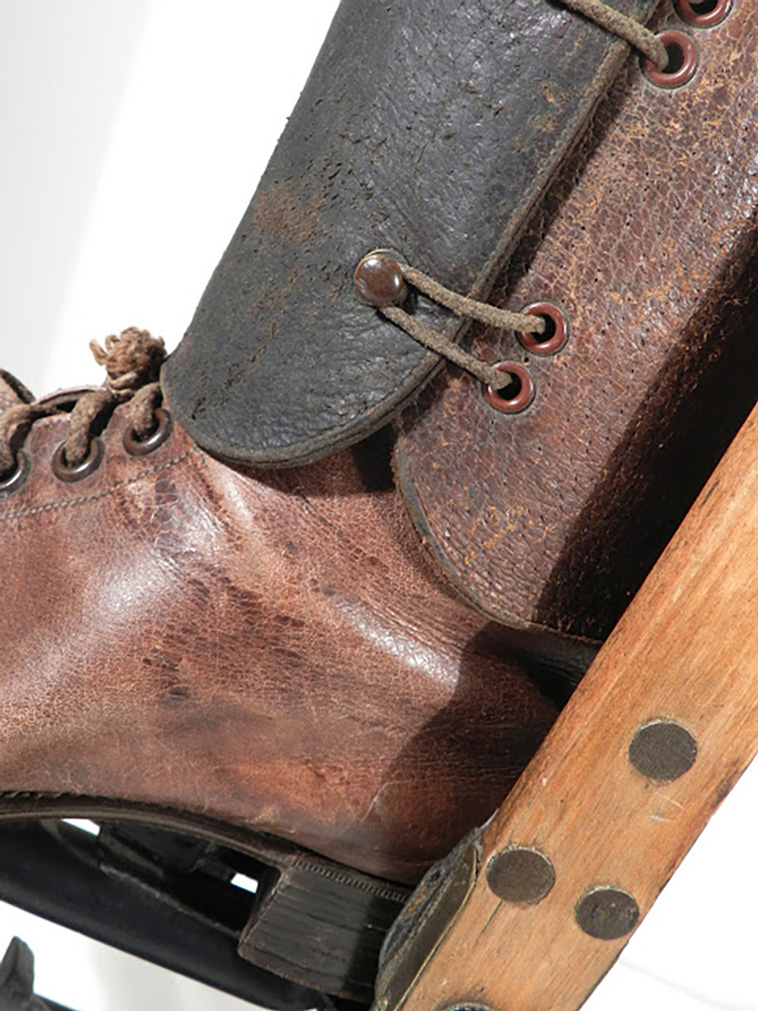 The fellow in the photos is George A. Best. In 1898 he bravely strapped on a pair of Road Skates and reviewed them for The Strand Magazine. He described the contraptions as “…nothing so much as a pair of miniature bicycles.”. The process of getting back up from a fall, he described as a “…series of complicated and spasmodic movements…”. It is possible to reach this volume of the magazine. 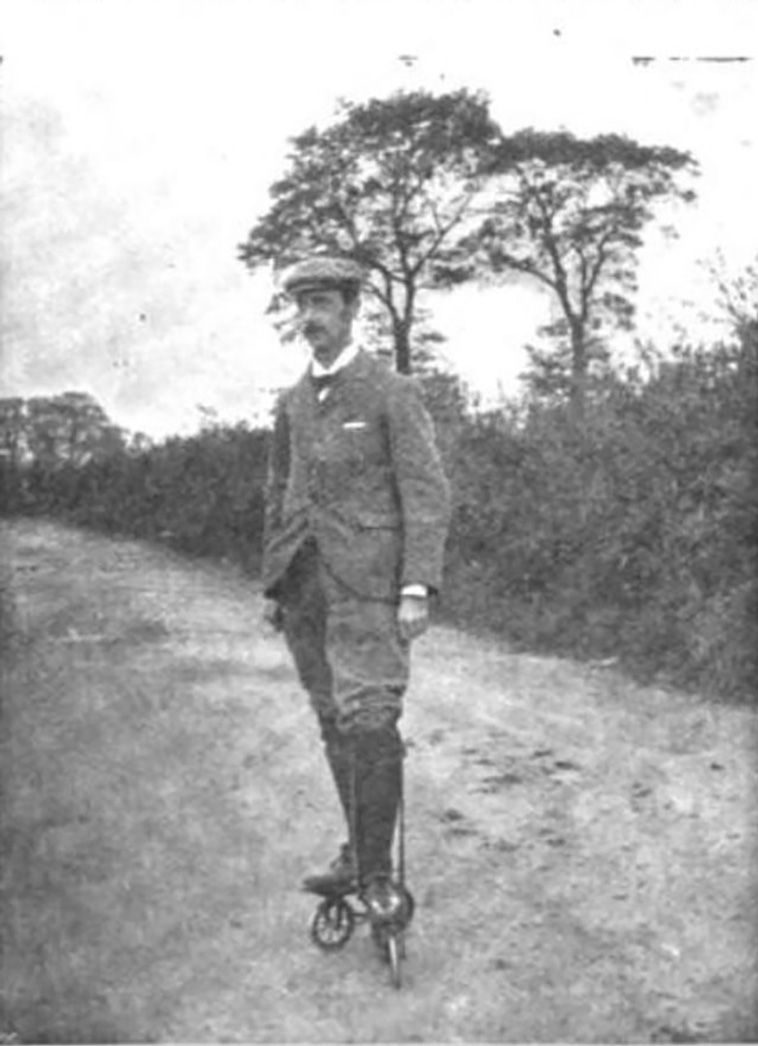 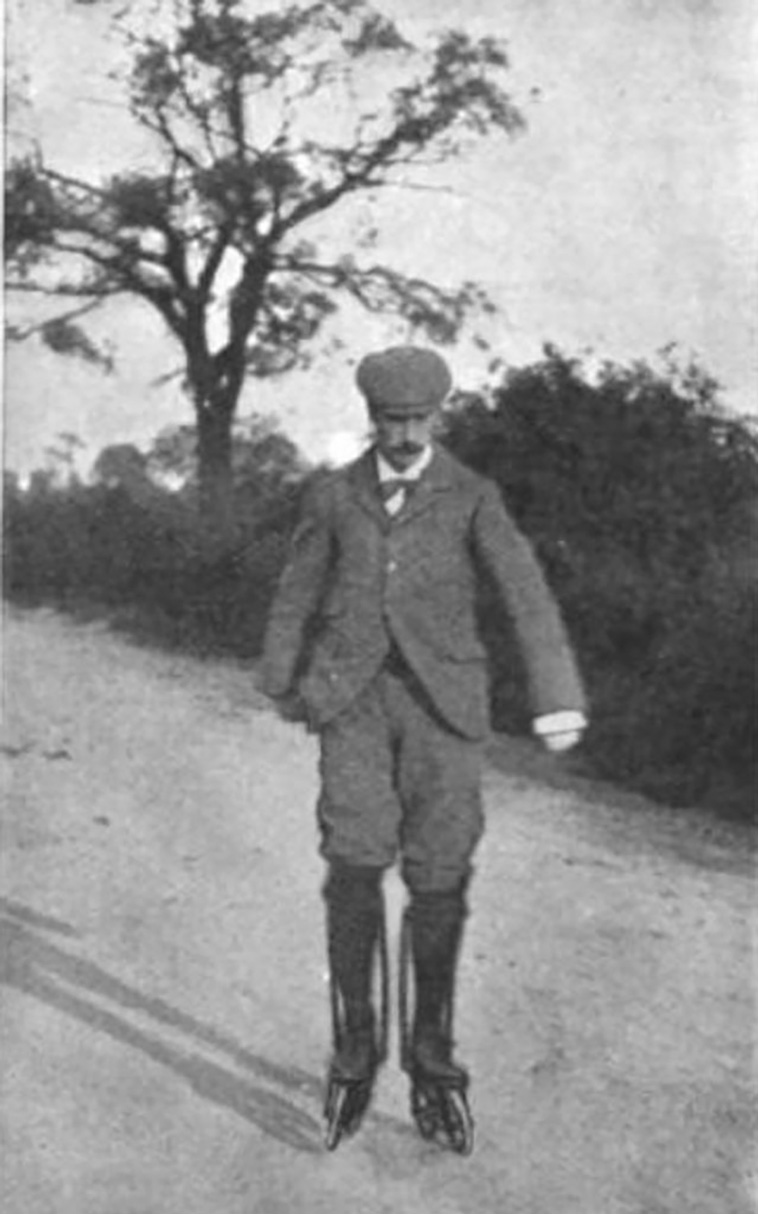 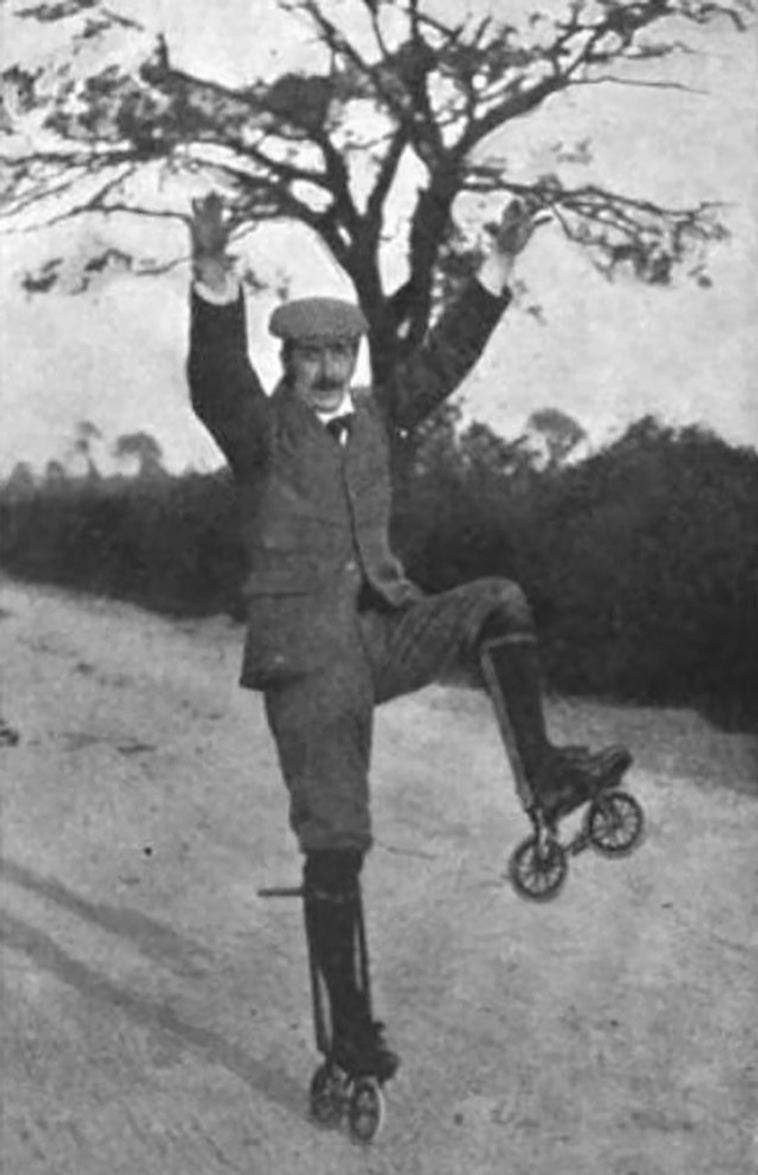 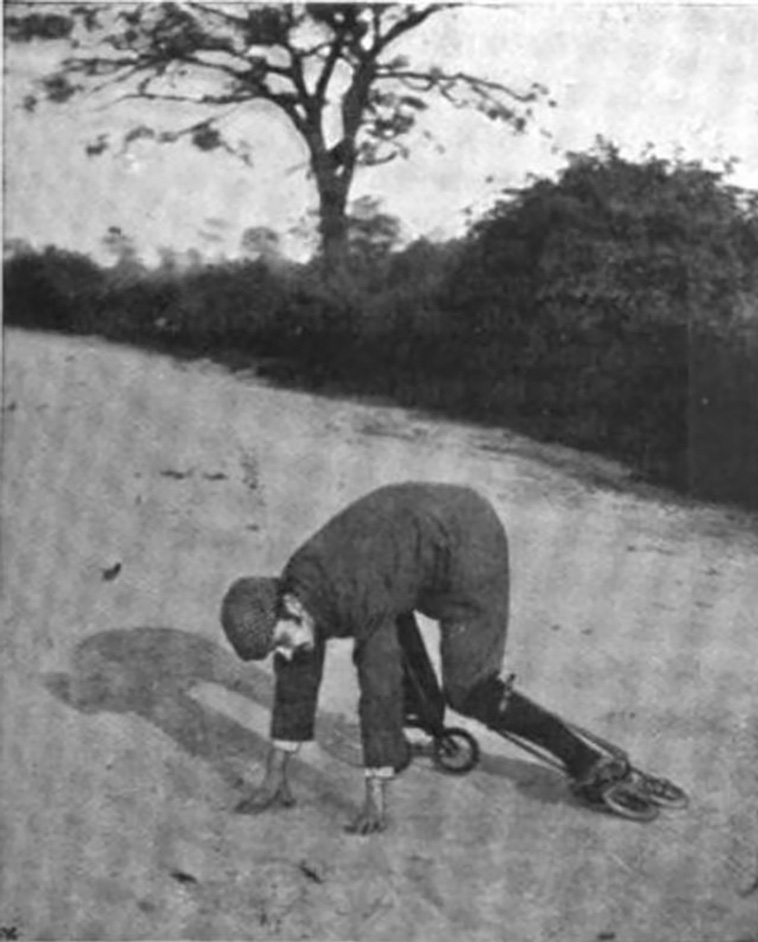 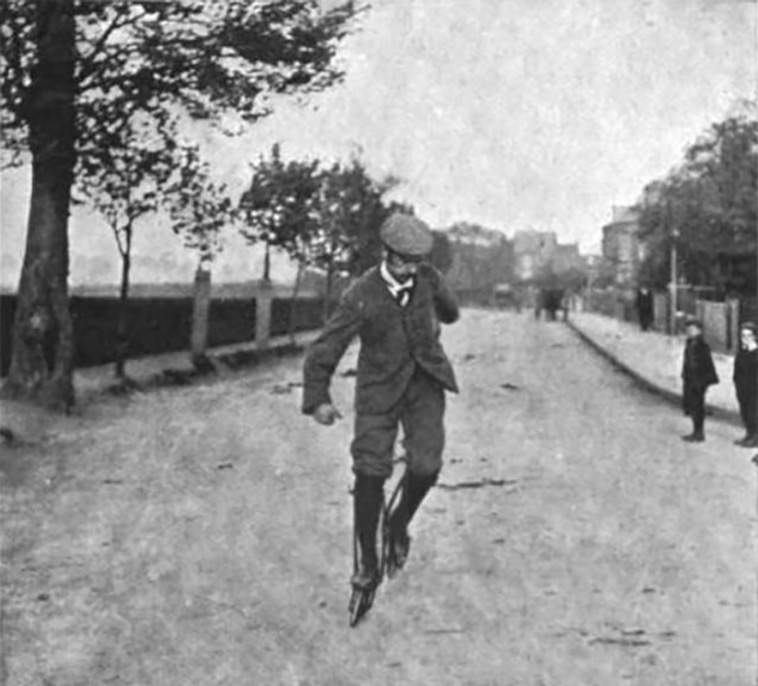 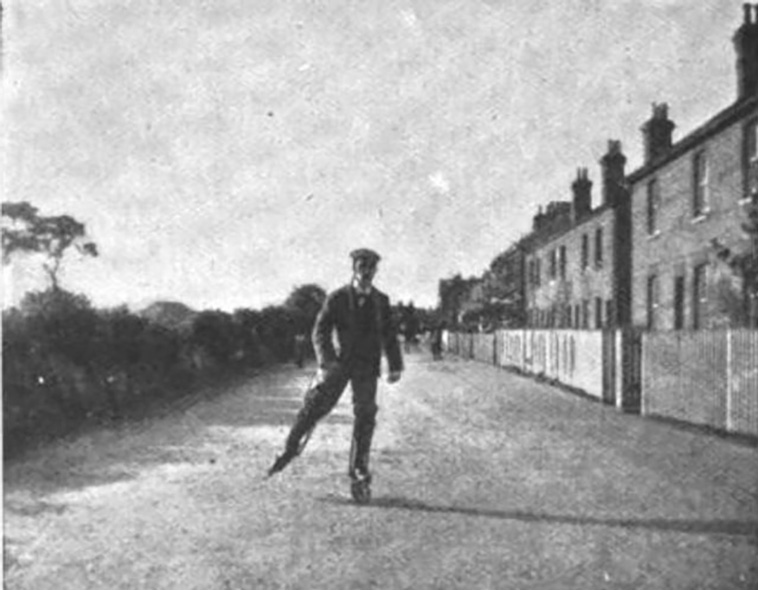 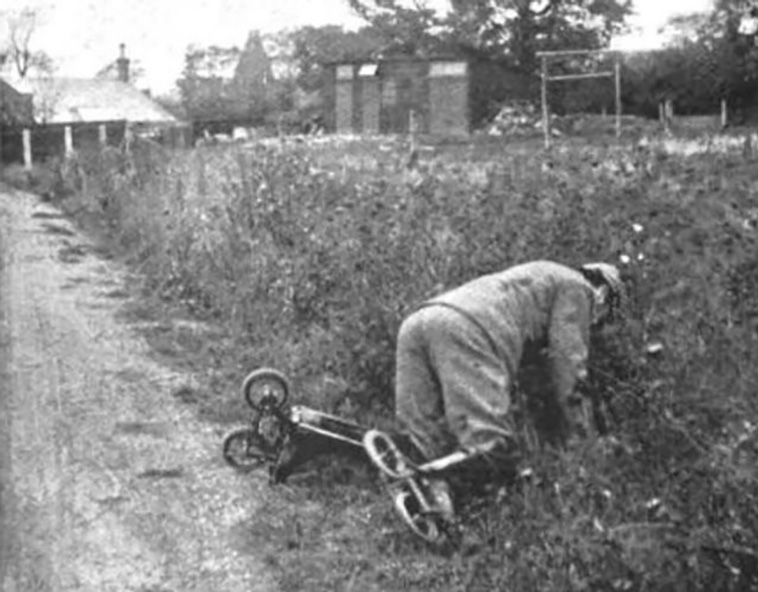 Here are some news and advertisements from the magazines 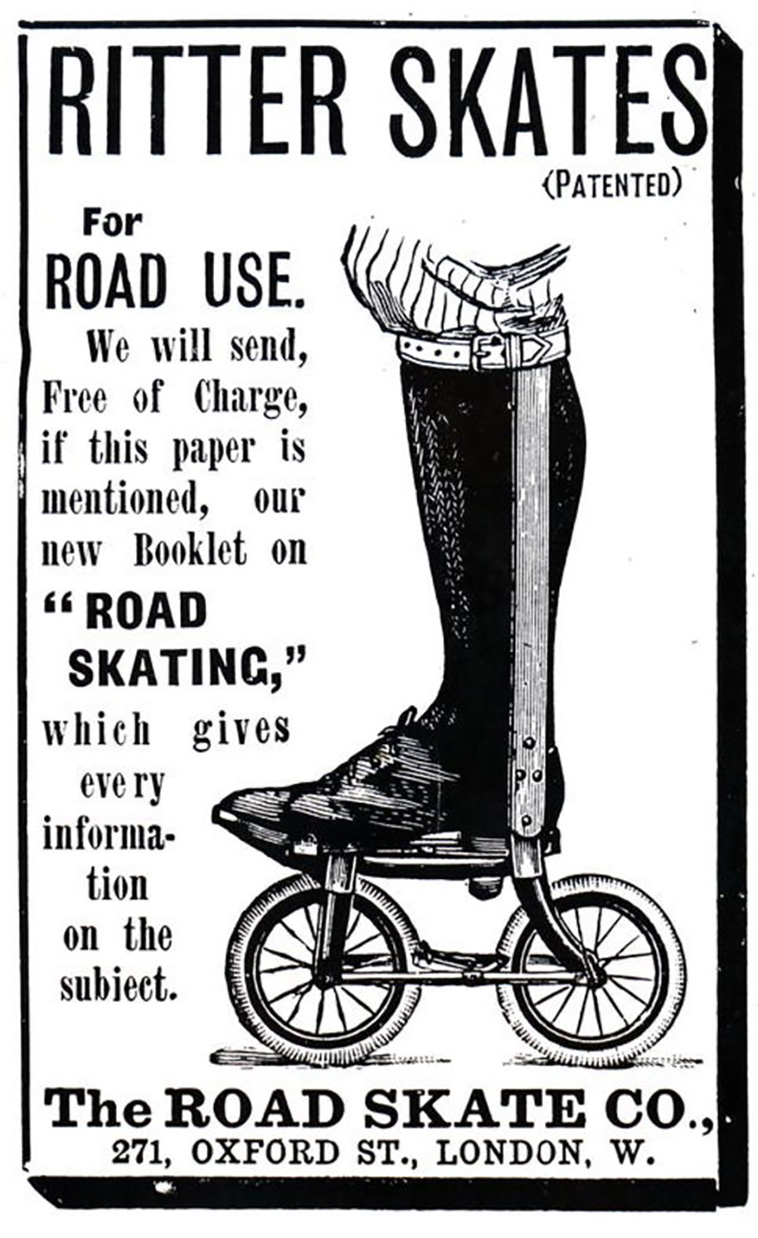 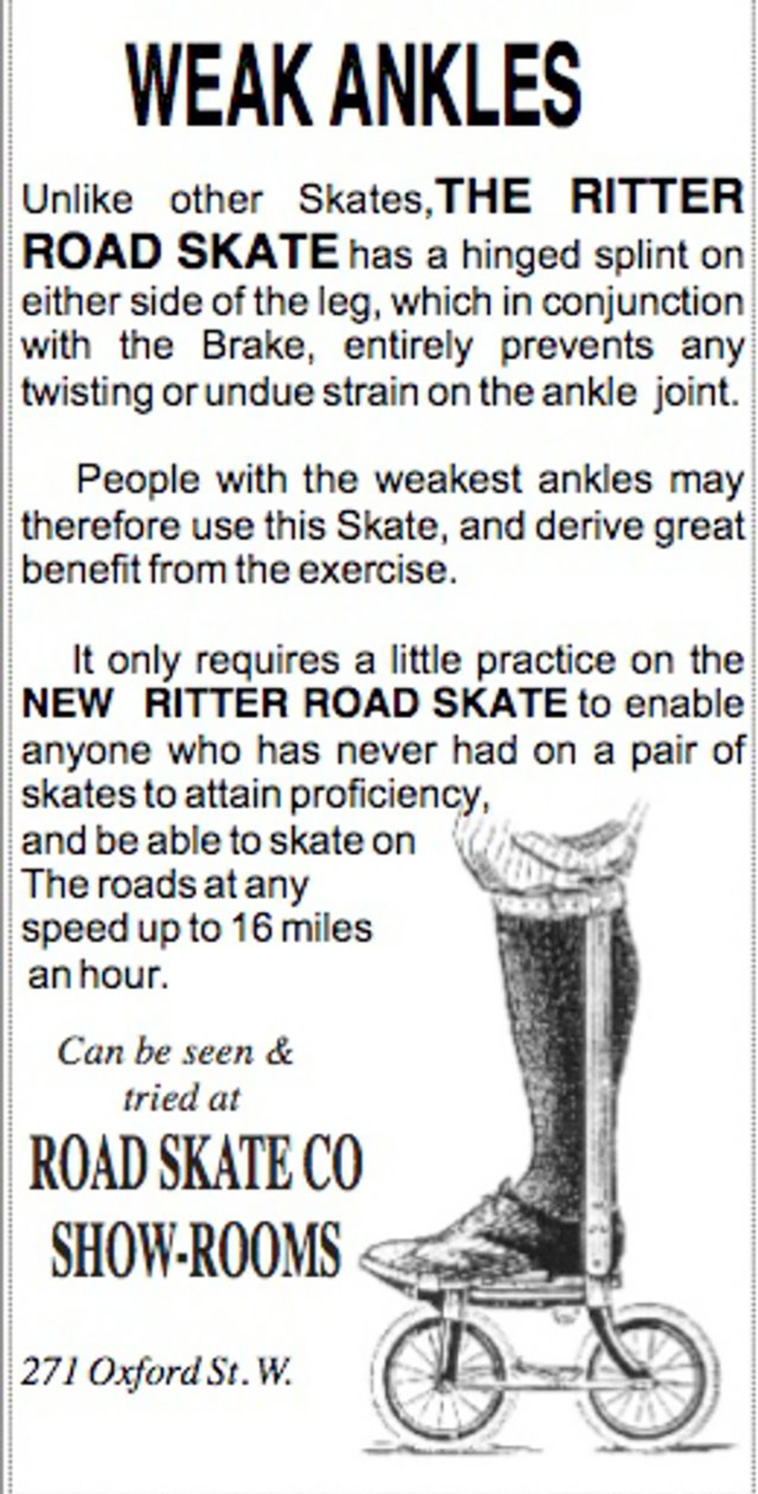 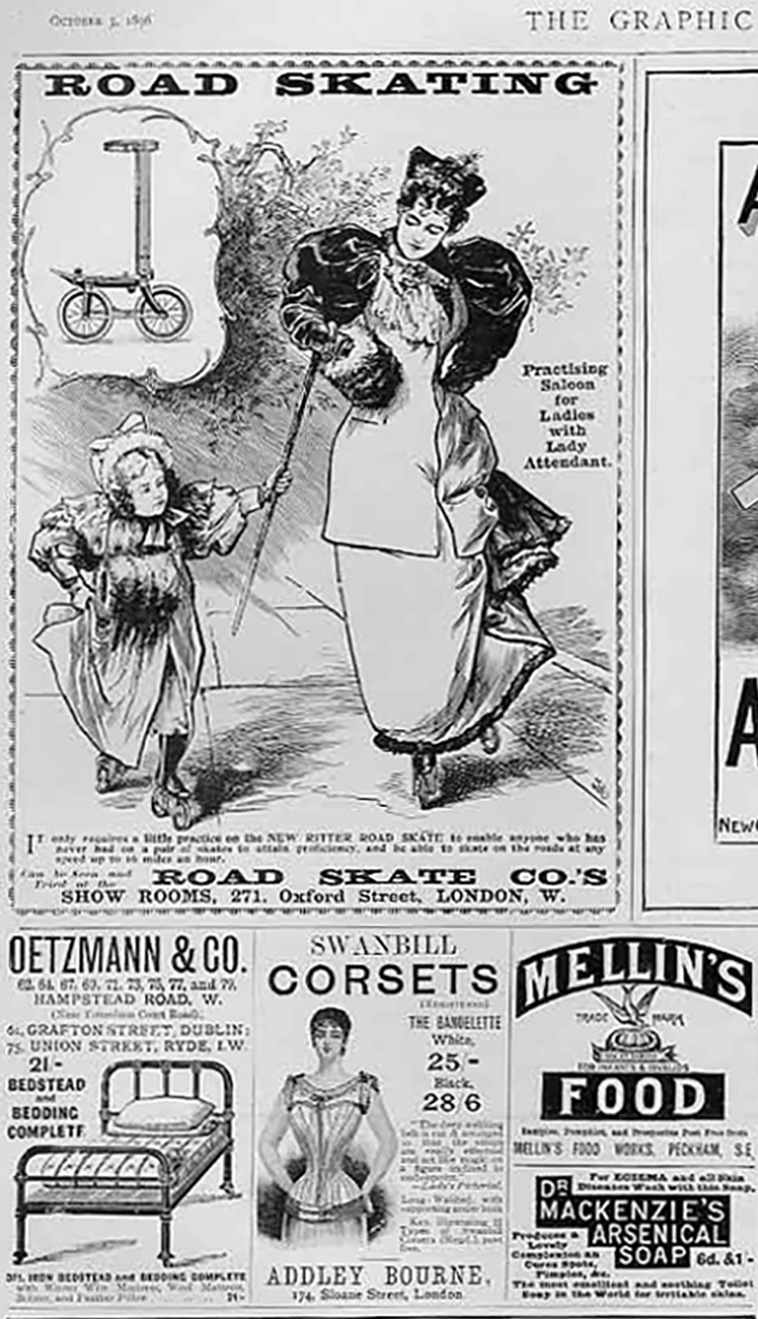