As humans, we have been destroying the nature and the living spaces of animals. Unfortunately, despite the efforts made by the specialists, social responsibility projects, NGO’s and public service ads, we still continue to demolish everything around us.

A video was taken in 2013 but released in 2018 on 5th of June, World’s Environment Day. It is a big example of activities of “human nature”, destroying the house of an orangutan. But the heartbreaking part is that the orangutan sees the heavy construction equipment and tries to stop it. Sadly, the orangutan understands its efforts will be meaningless, so slowly leaves to find another place to live. 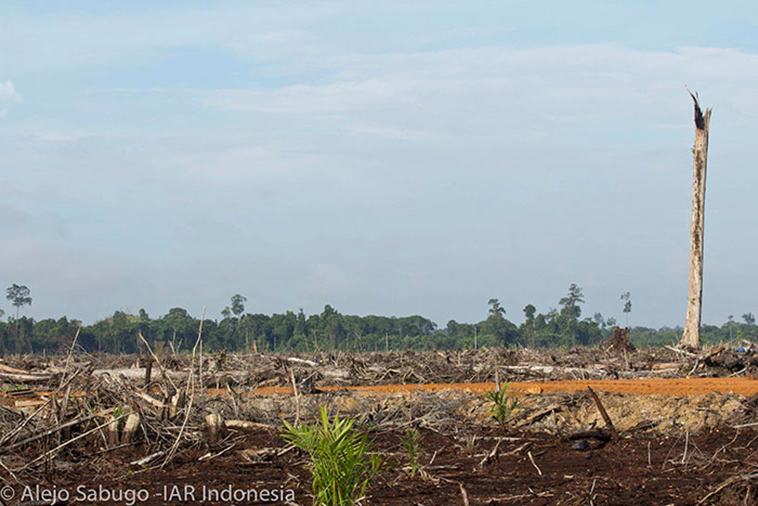 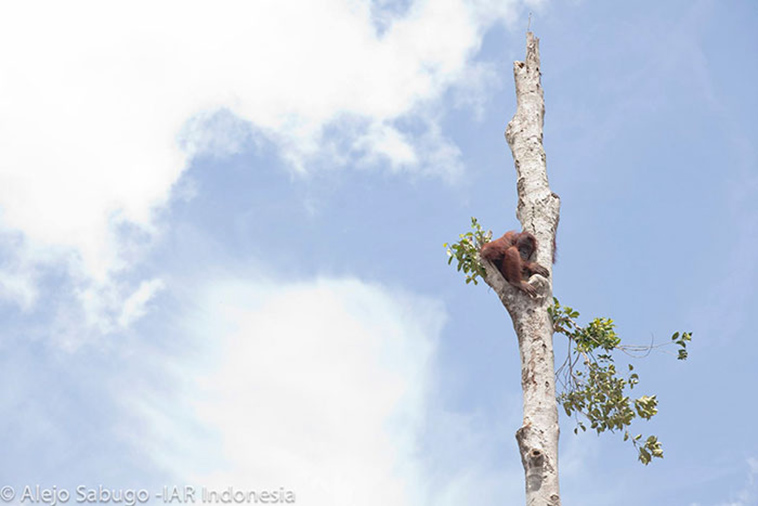 A “selfish” step is done without thinking about the rest, and “the rest” has critical problems. Not only orangutans but also many more animals have to face with the struggles of surviving.

After this video went viral, “International Animal Rescue” uploaded a post about this and informed people to plant trees. 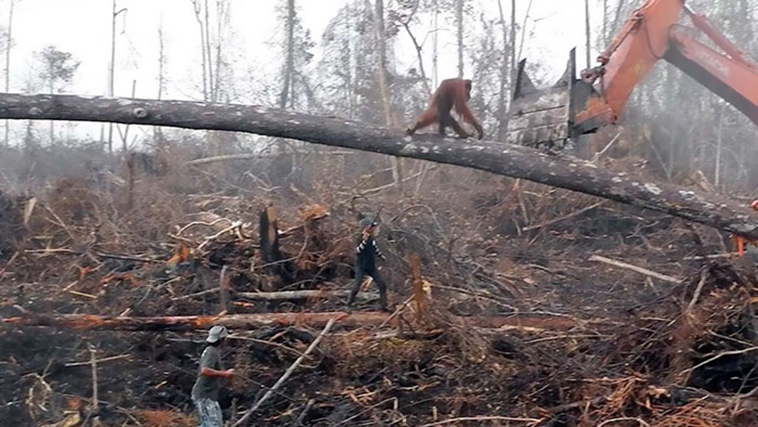 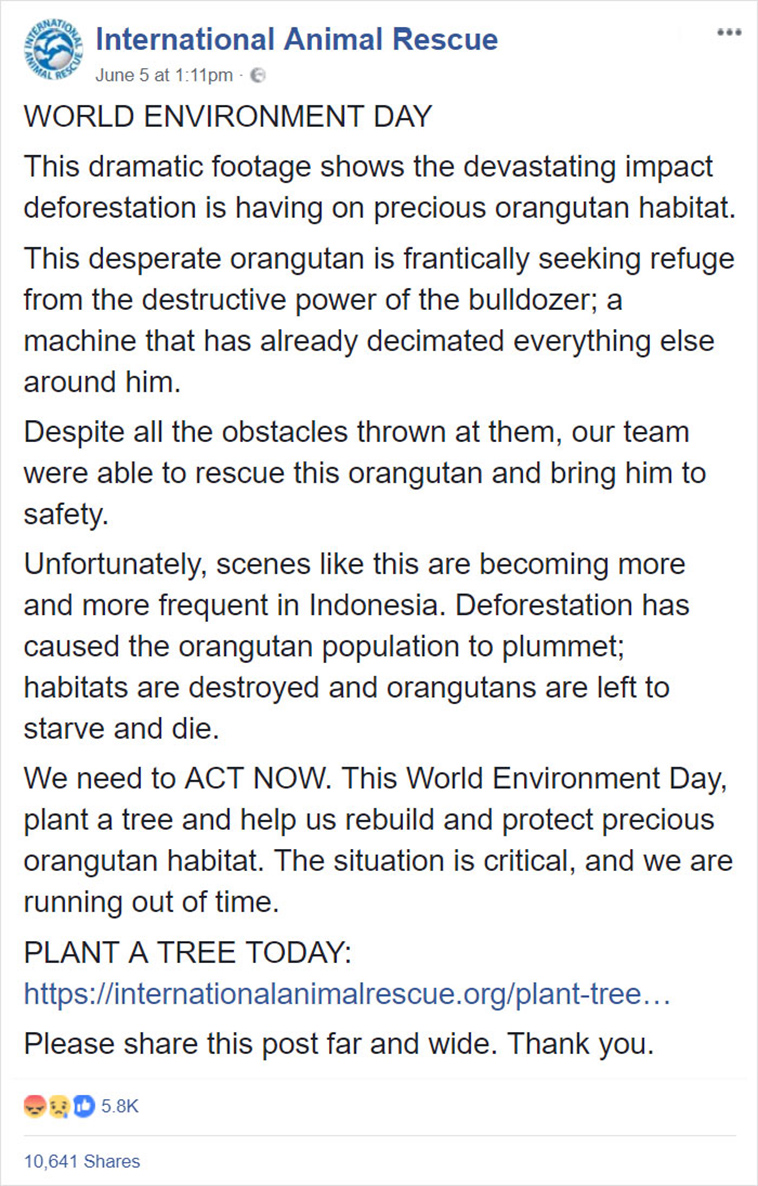 Unfortunately, we see the reflection of what we have done, and later retweet or share these blogs. What happens afterward? Nothing! We continue our behaviors with realizing or not. This is a huge shame not only on Indonesian government but also for us too.

Let’s create an awareness this time, become “responsible” people and plant a tree before its too late! It may seem like a small favor, but it will become a huge one in time.

WORLD ENVIRONMENT DAYThis dramatic footage shows the devastating impact deforestation is having on precious orangutan habitat. This desperate orangutan is frantically seeking refuge from the destructive power of the bulldozer; a machine that has already decimated everything else around him. Despite all the obstacles thrown at them, our team were able to rescue this orangutan and bring him to safety. Unfortunately, scenes like this are becoming more and more frequent in Indonesia. Deforestation has caused the orangutan population to plummet; habitats are destroyed and orangutans are left to starve and die.We need to ACT NOW. This World Environment Day, plant a tree and help us rebuild and protect precious orangutan habitat. The situation is critical, and we are running out of time. PLANT A TREE TODAY: https://internationalanimalrescue.org/plant-tree?utm_source=Facebook&utm_medium=social&utm_campaign=World_Environment_Day_2018&utm_content=videoPlease share this post far and wide. Thank you. 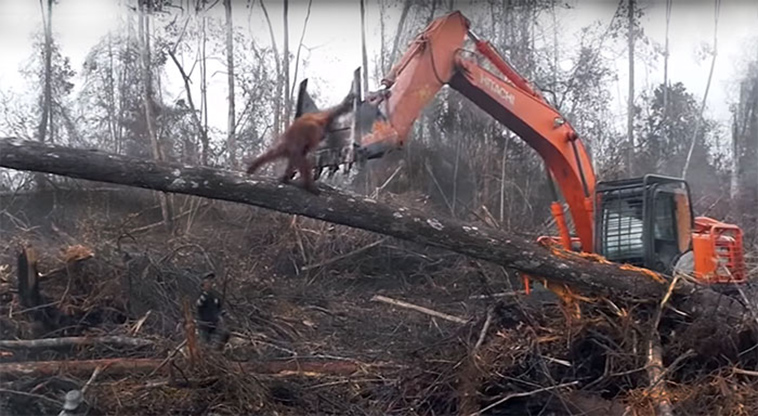