Everyone who played Battlefield 3 must have heard Dice saying that “America was founded by terrorists, for terrorists” and shocked by that. But, there is always some truth in fiction. To be frank, who the Americans call as the “founding fathers” were once “notorious criminals” in the eyes of the British Kingdom. So, in that sense, there are so many criminals in American History.

Also, talking about history, we always have those black&white photographs. Looking at the past with those photos, one may even think that life in the past was lived without colors. Of course, that is not the case. Life in the past was as colorful and vivid as today.  To show that, a 16-year-old boy Gavin Wieszala from Buffalo, New York comes up with an idea to colorize the mug shots of some of the most notorious criminals in American history – not the founding fathers, of course.

Inspired by HBO’s television series Boardwalk Empire, starring famous actor Steve Buscemi, and his fascination with the lives of the gangsters of Jazz Age and the Great Depression years, Wieszala decided to rejuvenate those infamous leaders of crime. By using Photoshop, and utilizing around 50 layers for his project in each picture, Wieszala shows us how those bootleggers and godfathers felt when they were busted by the police.

Al Capone is perhaps America’s most notorious criminal and founder of the Chicago Outfit. His criminal career came to an end at the age of 33 when he was jailed for tax evasion. 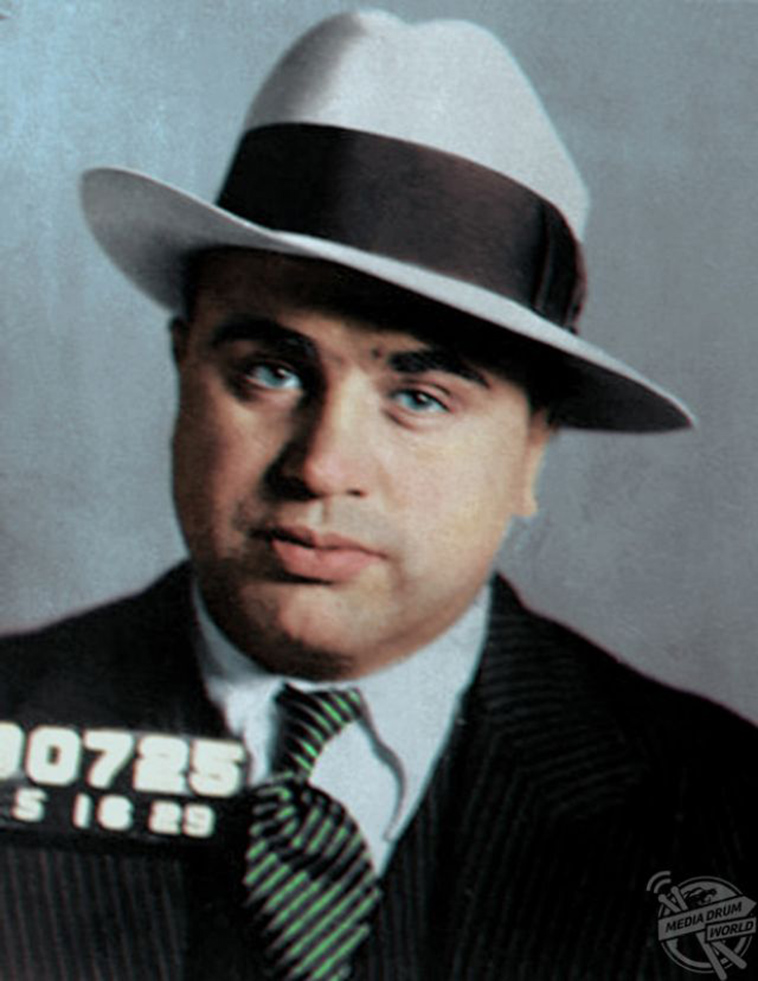 John Adonis was an associate of Lucky Luciano, with whom he ran a bootlegging operation in Manhattan. He was later deported back to Italy, where he died. 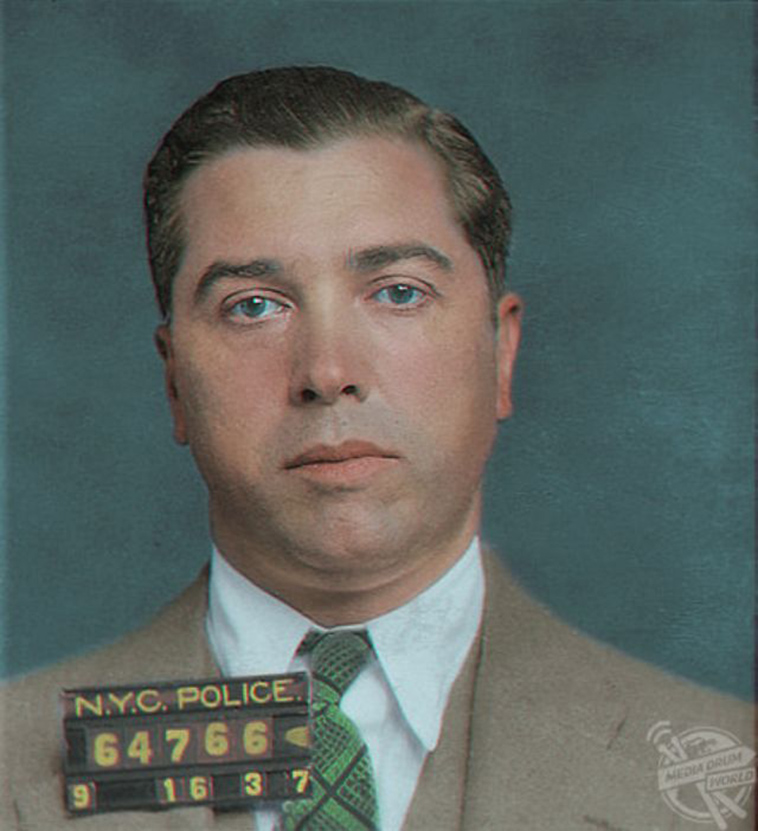 Lucky Luciano is considered the father of modern organized crime in the United States. He was also the first official boss of the modern Genovese crime family. 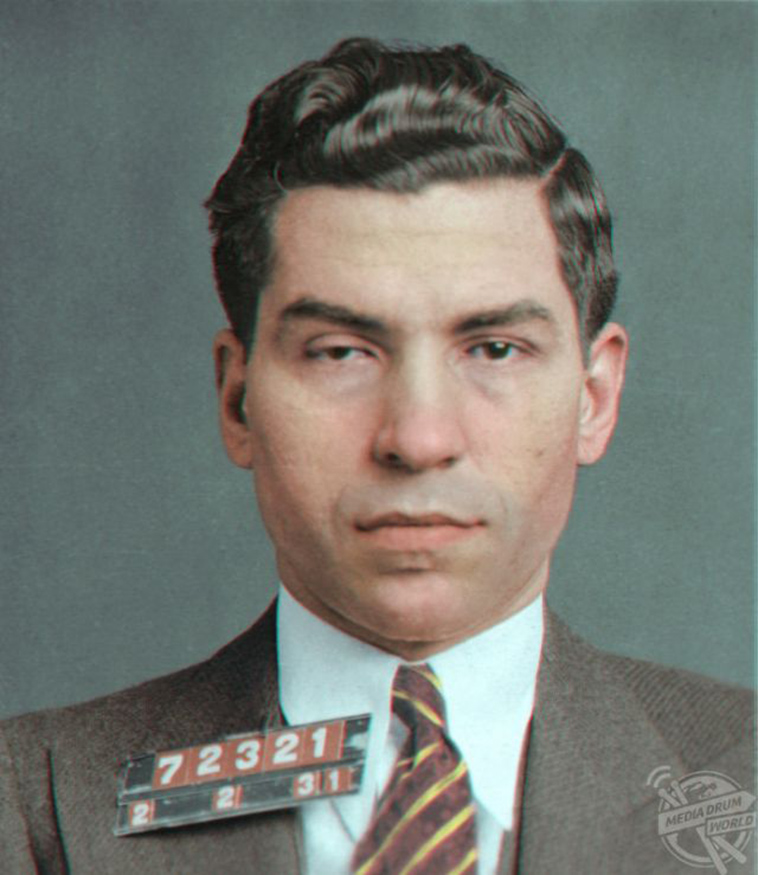 Albert Anastasia was an Italian Cosa Nostra mobster, one of the most ruthless and feared organized crime figures in United States history. A founder of both the American Mafia and Murder, Inc., Anastasia was boss of what would become the modern Gambino crime family. 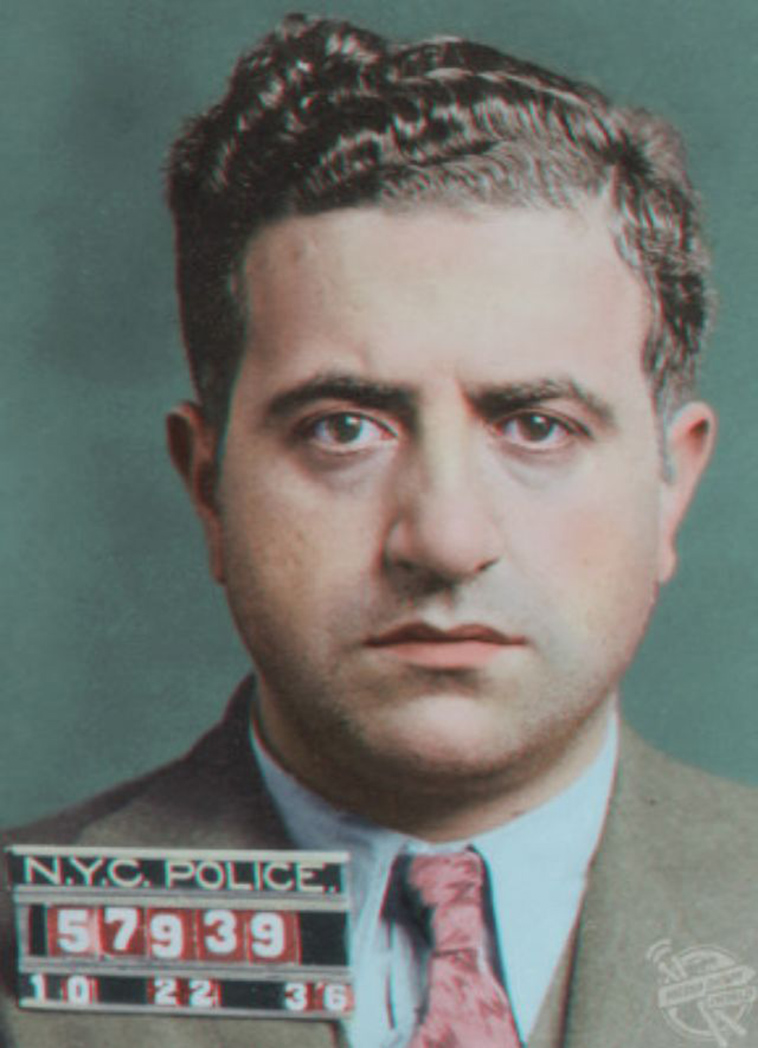 Frank Costello was nicknamed ‘The Prime Minister of the Underworld’ and controlled a vast gambling empire while also commanding political influence. 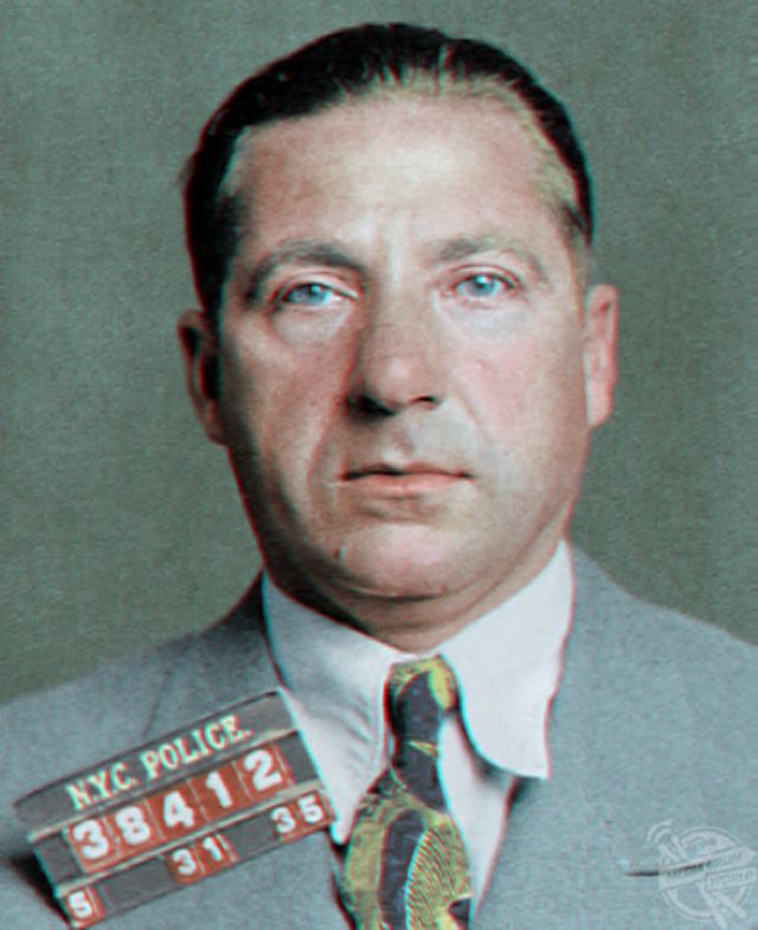 Carmine Galante was a feared and ambitious mobster who was once the acting boss of the Bonanno crime family. 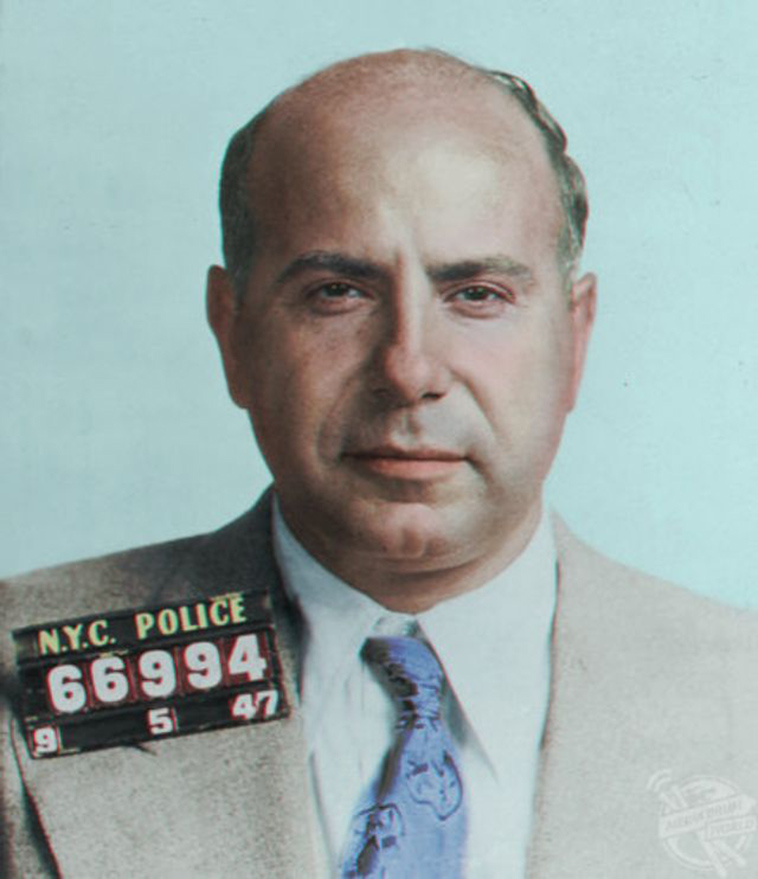 Vito Genovese rose to power a Mafia enforcer during the 1930s and later went on to be ‘Boss of Bosses’. 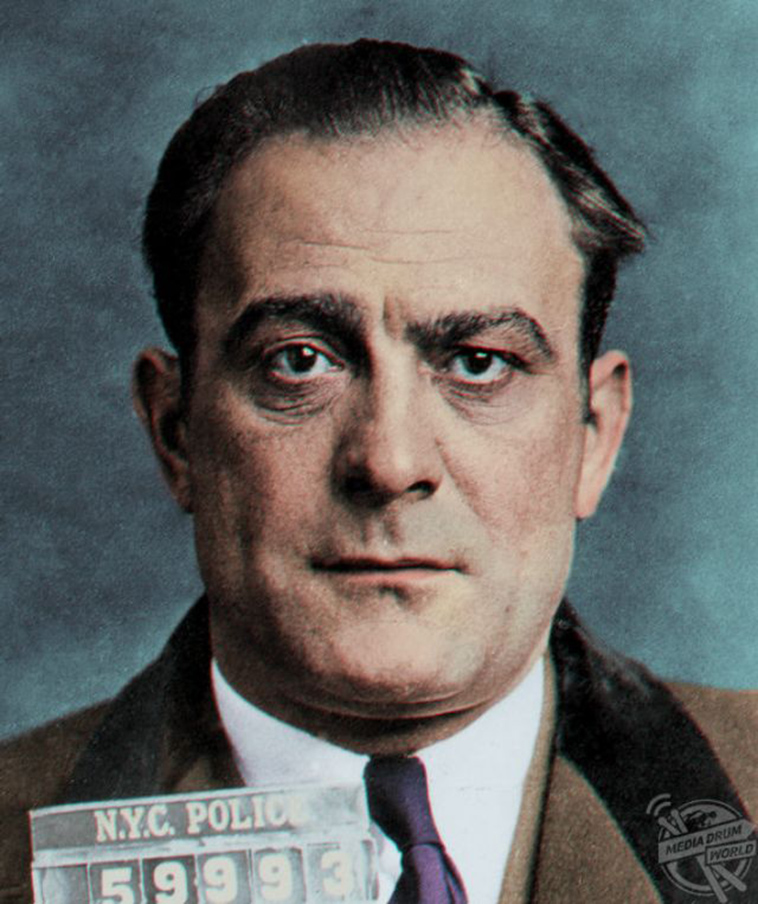 John Dillinger was charged with the murder of an Indiana police officer but never convicted. He was eventually shot dead by police in 1934, bringing to an end his crime spree. 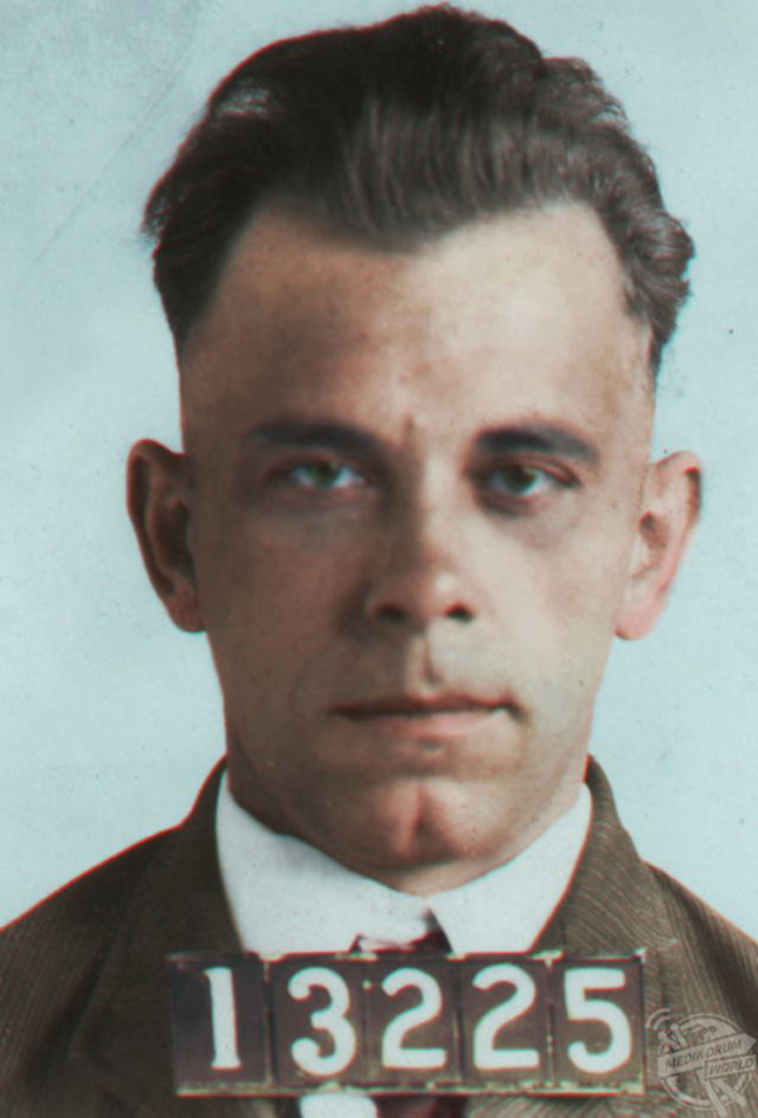 Fred Barker, one of the founders of the Barker-Karpis gang, which committed numerous robberies, murders, and kidnappings during the 1930s. 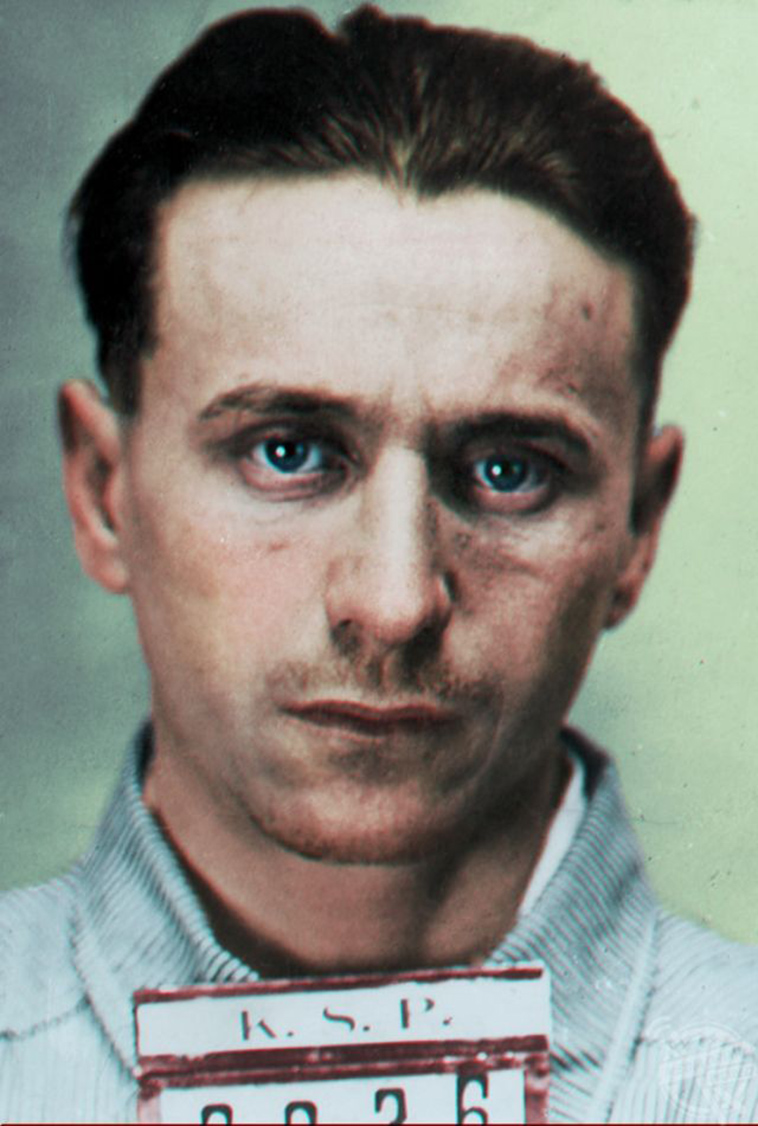