We all know about the hippie communities that popped up around the world during the 1970s in a protest against, amongst other things, war and death to mankind.  There aren’t many photos of inside those communities, though, instead of focusing on more text-related posts.  With these rare photos, we are able to see past the stereotypes of this time in history and understand what it is these people were actually doing, that their way of life was not totally crazy or strange, but had total logic that just needed to be understood in a way that was entirely different than our own society and rules. 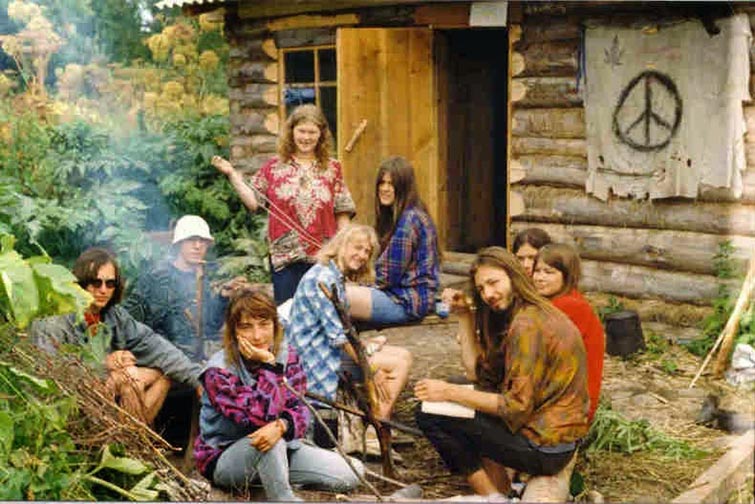 The main difference between their societies and ours is that most of their culture chose to raise their children collectively, so each child was taught by all the adults of the village, and that included both parents and older siblings.  Therefore, children wouldn’t have just one or two parents, but ten or twenty depending on the generational gap.  This would help provide better teaching techniques and certainly put in place a close community as a whole.

What the photos show, is that hippies were not walking around buck naked going on about peace and love.  Instead, they put together their own societies with laws and an established system that chooses to teach certain things to their young.  It’s refreshing, instead of barbaric.  These are not stinky people living in the woods, but rather land lovers who are getting back to the earth and sharing it with their children in a unique, peaceful way.